"In order to be irreplaceable, one must always be different." As if from a scene of film noir, a lonely girl emerged and was magically transformed into a heroine of liberal femininity, destined to be crowned the Queen of Parisian Haute Couture. This is the story of the unconventional and legendary Coco Chanel...

Like Cinderella, but in an edgier and more adventurous version of the fairy tale, the life of the iconic couturier was far away from ordinary. Born Gabrielle Bonheur Chanel, the origins of her myth are traced back to provincial France and a convent orphanage. She was an abandoned child, with a complicated and strict upbringing. As a young woman, she decided to escape the drama of her childhood, break out of the chains of conformity once and for all, and ignite her own revolution. 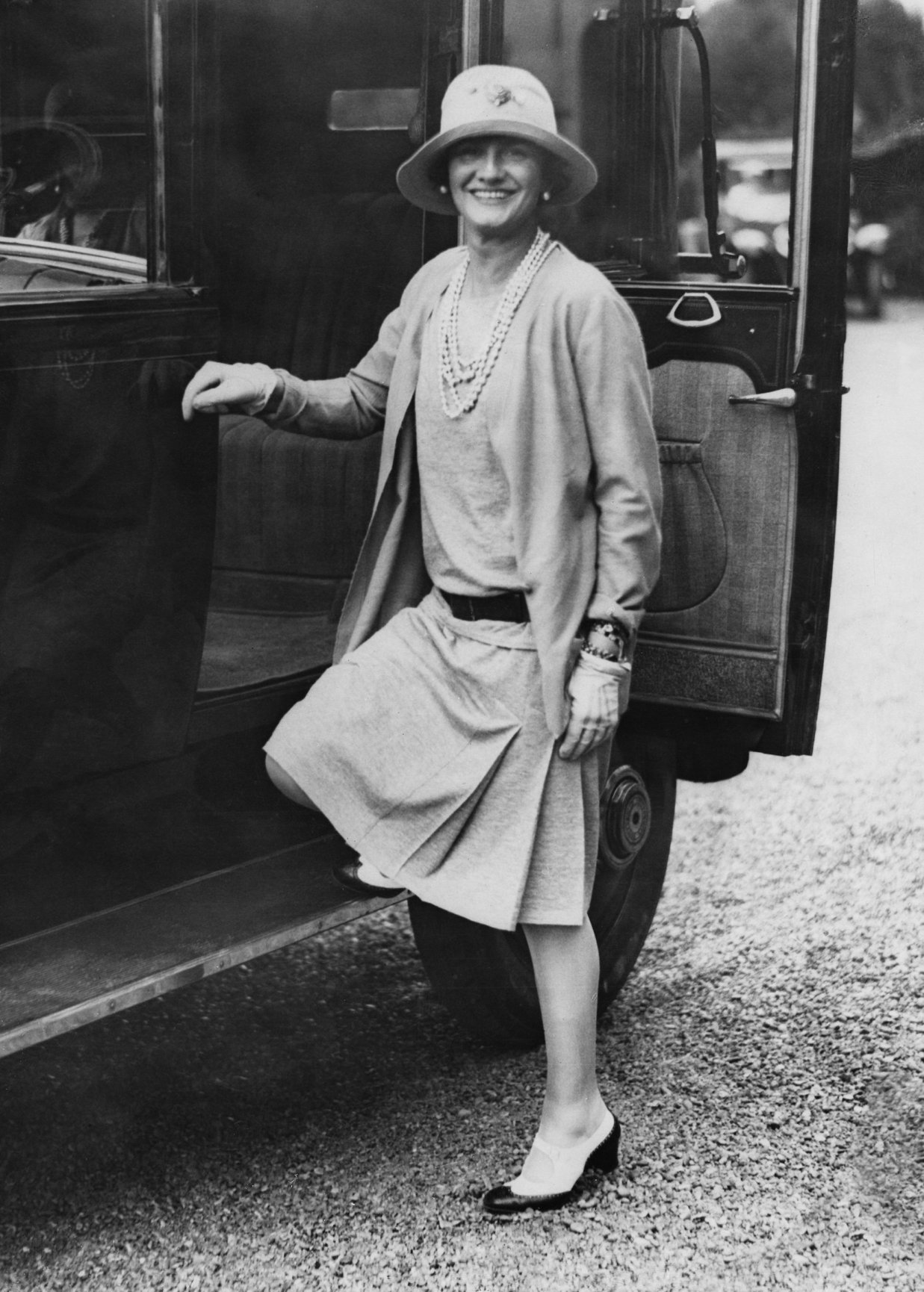 The nuns helped Chanel to get her first job as a seamstress, but the dreams of her youth were too grand to be confined by the walls of a small tailor's shop. At the age of 20, the transformation into a dynamic entrepreneur would start to take shape and her ascent into the privileged world of fashion would be unstoppable.

At the dawn of the twentieth century, it might not have been coined like this, but Chanel was indeed the founder of an ambitious 'start-up' and there is a wealth of lessons to be learned by following the threads of her path to fame. She lived in an era when it was truly a man's world, and women's rights in business were a privilege of the very few. Since those humble beginnings, the House of Chanel has turned into a worldwide multi-billion empire, currently valued at $6.8 billion.

Chanel's success lies in the fact that she genuinely knew who she was, she had a strong sense of identity and a distinctive perception of style - and it was this complete 'package' that she would successfully sell to the world. Her ideology was that "Fashion is not something that exists in dresses only. Fashion is in the sky, in the street, fashion has to do with ideas, the way we live, what is happening."

One can only deeply wonder who was the mysterious Mademoiselle Chanel, as she later on became famously known. What were the creative energies that fueled her talent, and how did she become the darling of aristocrats and intellectuals of that era?

Coco Chanel was a woman who had an opinion and was not afraid to voice it. She had attitude and perception; she was rebellious and determined; she was daring and different – a true original. In her mind, there was no acceptance of a status quo. "There is no time for cut-and-dried monotony. There is time for work. And time for love. That leaves no other time!" That was the essence of the life philosophy that defined her and mingled with her business character.

She had amazing instinct, ability to decipher the world around her and facilitate the change that was needed. Chanel dynamically took women out of their suffocating period clothes and corsets, and liberated their femininity through simplicity and understated elegance. She introduced an edgier approach to style by adopting elements of masculinity, and reshaped women's perception of luxury and freedom. 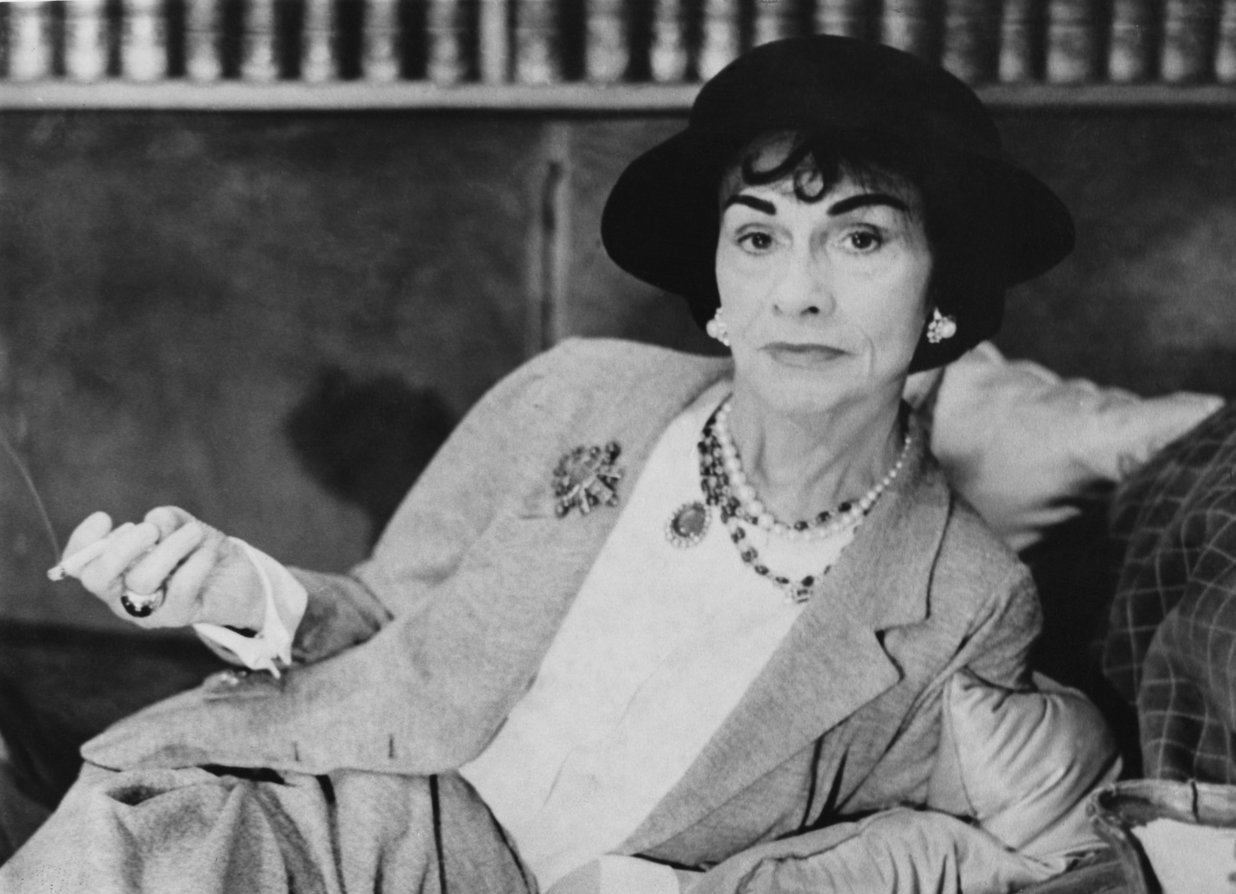 For all the above, Coco Chanel deserves to be acknowledged as one of history's  original disruptors and a passionate innovator, way ahead of her time.

Entrepreneurship starts from being great with the basics and ordinary constructs of work. Her training as a seamstress at the beginning of her career meant that Chanel knew the technicalities of her job. She was not an out of this world creator of fascinating designs, but was personally involved in fittings and realising the whole process until the end result. She was known for her relentless perfectionism and competitive spirit, and her team had to match the high standards that she was constantly aiming for. She lived and breathed her work with the same intensity that she loved her adventurous life.

The passions that run through her personal world were the same source of inspiration for her creations. The Orient, Egypt, Ancient Greece.... reading through the Dialogues of Plato, Plutarch, Euripides, Homer, Alexander Dumas, the memoirs of Casanova, and the Confessions of St. Augustine. The sea and horses. Artwork from far away exotic places, ethnic elements, Chinese and Russian culture.

Chanel was a visionary and nothing in her legendary career happened by coincidence. She aspired to become a legend and make women feel part of her precious myth. She may be one of the oldest examples of a successful brand strategist and used 'celebrity endorsement' in all its glory. Marilyn Monroe, Hollywood's darling and icon, famously confessed that she would always sleep naked with only a few drops of Chanel No.5, sending into frenzy the fantasies and dreams of many. Chanel achieved to create a emblematic brand that remains a 'trophy' for aristocrats and fashionistas over a century later. 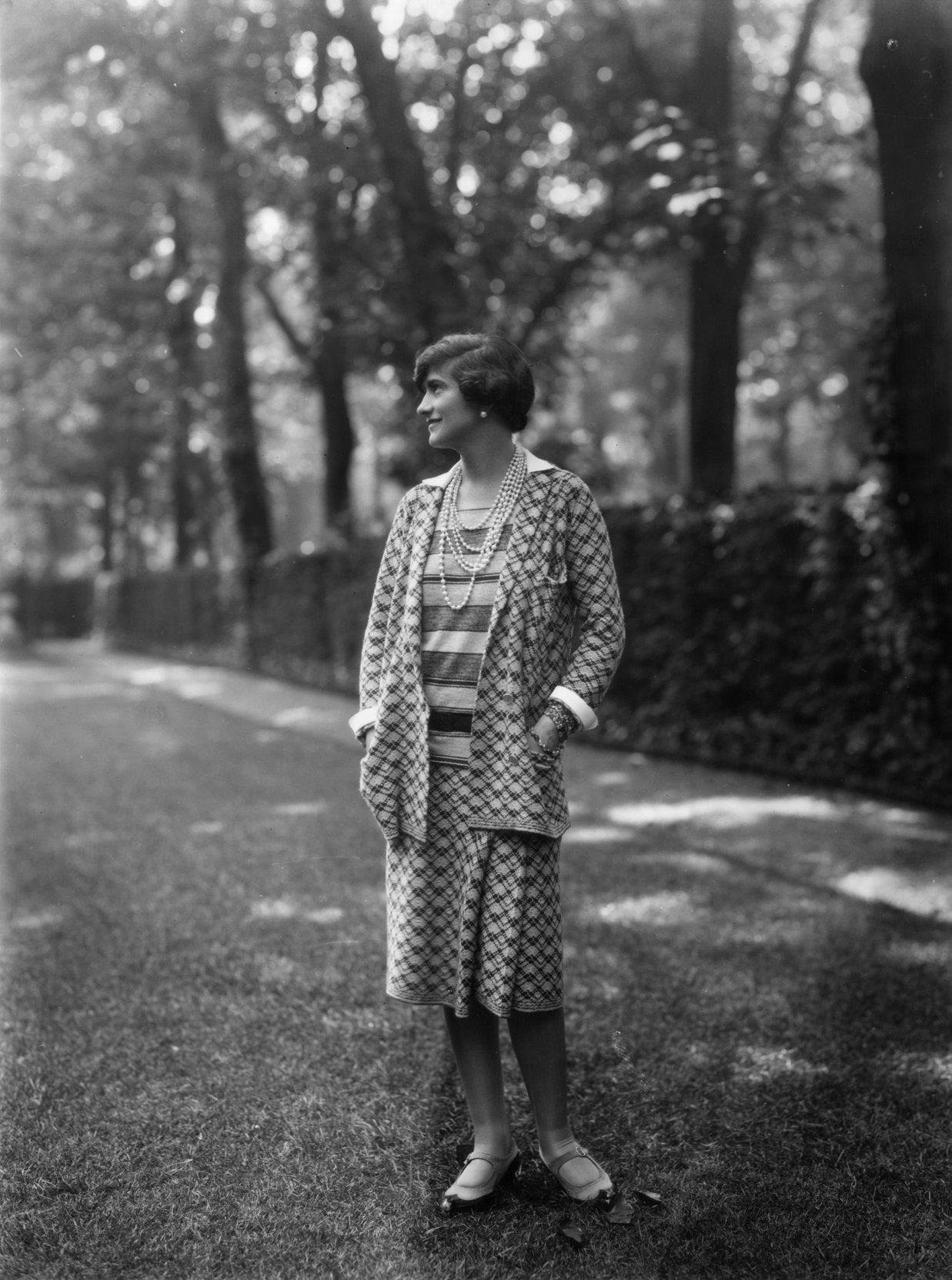 America had Henry Ford to revolutionise the automobile industry and conquer the globe, but Europe had Chanel, and thus the famous parallelism of that era was born: The Chanel 'Ford' dress - referring to the iconic 'little black dress' that the couturier created in 1926 and took the fashion world by storm.

The talented Chanel was a determined and upscale networker since the very first steps of her career. Royals, Russian Tsars, Dukes, British aristocrats and Hollywood stars.... the greatest poets, writers, painters, musicians, the bohemian elite and intellectuals of that era. Work, passion and romance all swirled together in her adventurous life. It's true that there were shady patches in her past, but Chanel never aspired to be portrayed as a saint. She masterfully weaved a labyrinth of enigmas that added more to her mysterious aura and the legend that she longed to surround her. As a woman, she was a shining example of the power of charisma over the allure of conventional beauty.

Mademoiselle does not live anymore at Rue Cambon. Her greatest achievement was that she took by the hand the abandoned young girl, that she once was, out of the orphanage and magically transformed her into the Grand Dame of Parisian Haute Couture. Her mythic apartment, still as she left it, is like a treasure cave – books of ancient philosophers, artwork from far away exotic places, a Buddha, Egyptian sphinxes, Grecian masks, myriads of animal ornaments, and camellias that were her trademark. A secret universe of symbols and out of this world inspiration. There, she gazed into her crystal balls and seen the future: The legend of Coco Chanel would transcend the limits of time and forever shield her fame into the book of eternity.

As for her provocative wisdom, a single phrase says it all: "The most courageous act is still to think for yourself. Aloud."