Slavery at sea: the human cost of illegal fishing

If you were to go out to dinner with five friends and all order seafood, it is more than likely that at least one of you would be eating a fish that has been illegally caught.

The environmental costs of illegal fishing are huge. The economic costs have been estimated at over $20billion per year. Now we have evidence of the human misery too.

Illegal fishing wrecks ecosystems and habitats because illegal fishers often use destructive gear with little thought for the ecological impacts of their activities. It steals food from the plates of impoverished coastal communities and small-scale fishers, and is particularly harmful to those countries that don’t have the means to effectively monitor and enforce their waters. What is also becoming more obvious with research, is how many of these illegal big time fishers are connected to human slavery and trafficking, drugs smuggling and guns running. This illicit trade is recognised by the United Nations as a form of organised crime. 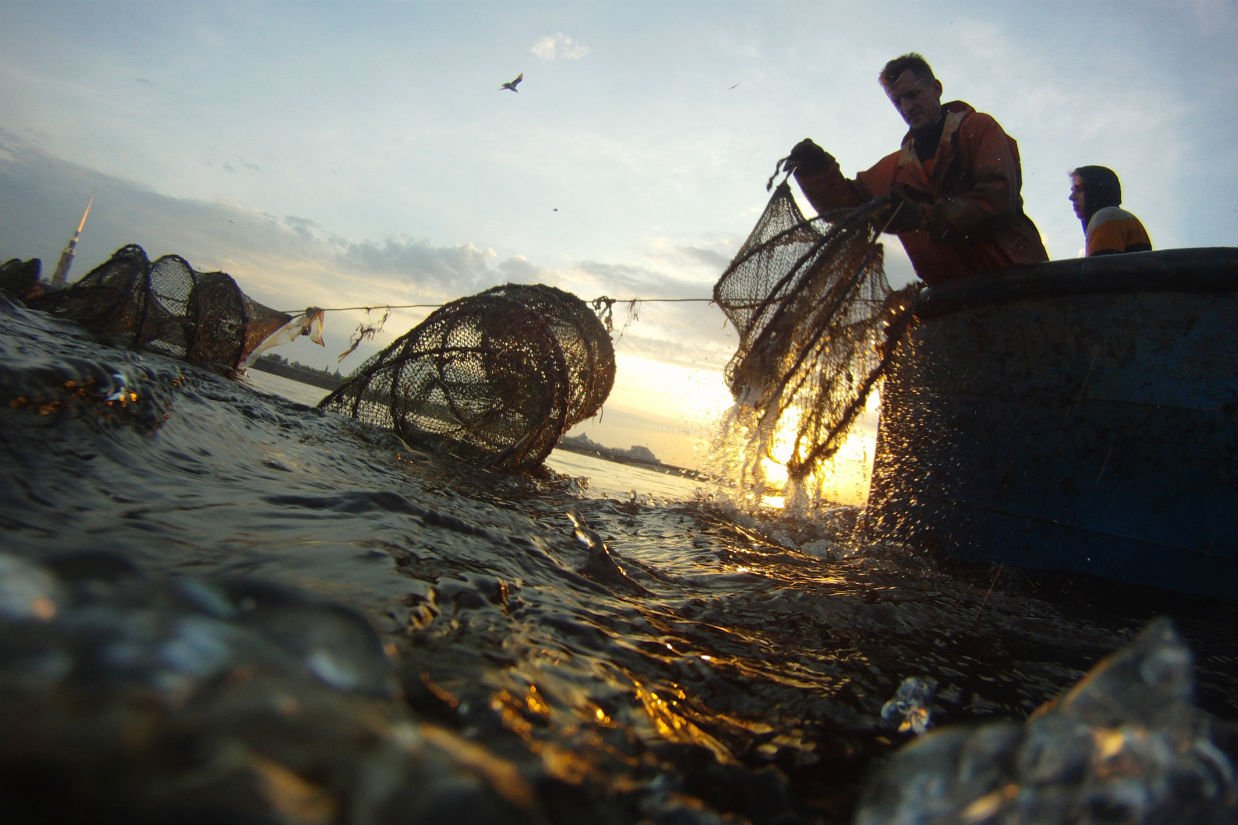 A spotlight has recently been shone on the human and environmental costs of illegal fishing with The Guardian, the Associated Press and now The New York Times, all exposing the very dark side of the fishing industry.

Outlaw Ocean – an investigative series published by journalist Ian Urbina in the New York Times this month – provides chilling details about the lack of regulation and the ‘Wild West’ nature of activities at sea. The third and fourth instalments focus on the fishing industry and the use of indentured labour in deplorable conditions. Workers are desperate for jobs to support their families and so sign contracts with unscrupulous operators that keep them at sea for years – siphoning off their earnings to pay for day-to-day necessities. 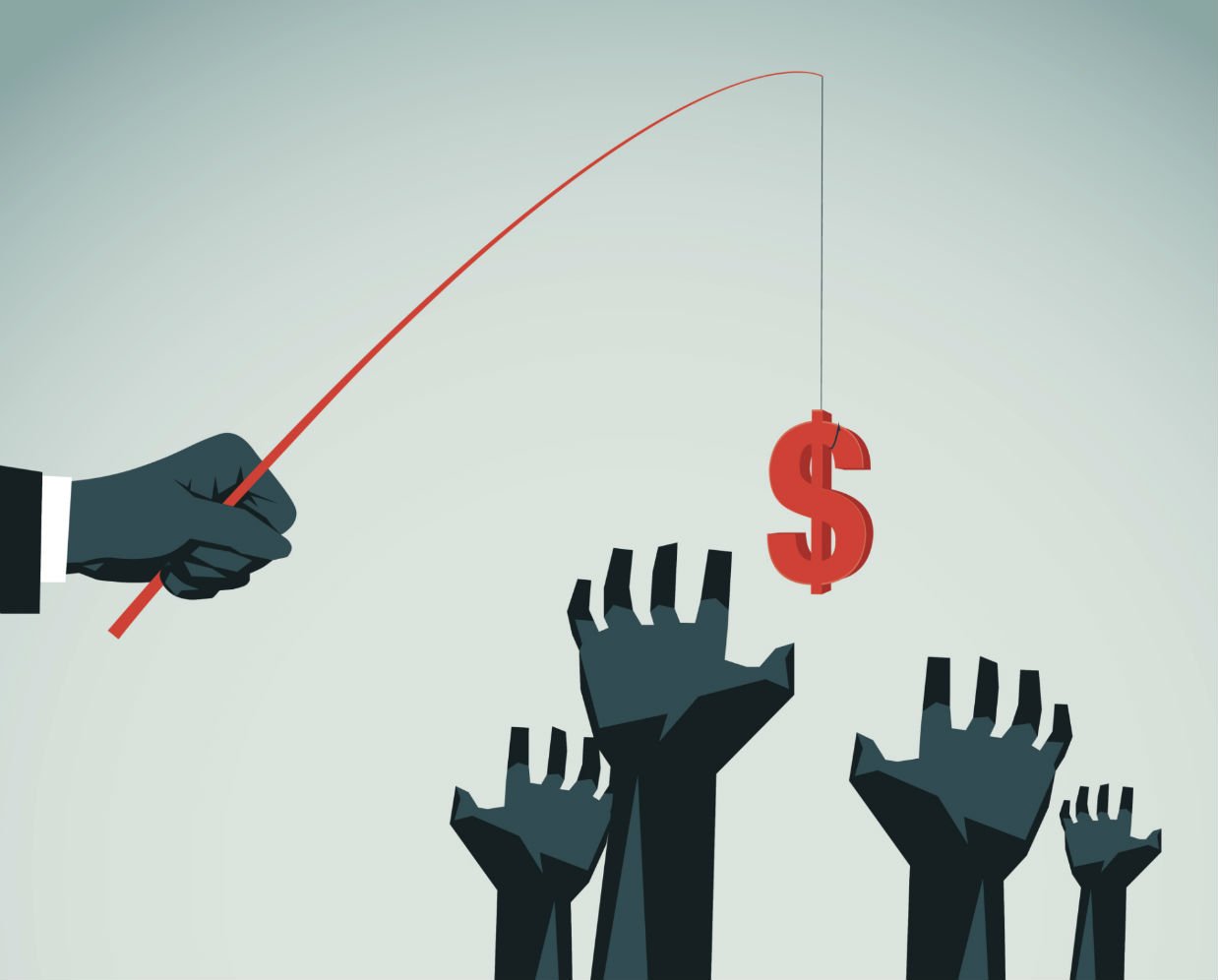 Human traffickers ‘facilitate’ the exchange of workers – people who are then trapped on rusty floating hulks, which ‘resupply’ vessels at sea and so hardly have to go into port. Often these workers speak different languages from the vessels' captains or fishing masters; cannot swim; and live in terrible, inhumane conditions.

Urbina’s piece, for example, links the fishmeal contained in pet food back to some of the very personal stories of crimes at sea that he exposes. Perhaps it is time for all of us to start asking questions of some of the biggest global food brands. If we can trace a leaf of spinach from the seed that it is grown from all the way to our plates, why can we not do the same for fish?

This is a problem that can be solved. There may not be a single simple solution, but concerted action and leadership can get the robbers, stealing the world’s fish, off and out of the water. There are also practical, common sense tools that can be applied today to protect the marine environment and ensure that labour abuse and other crimes at sea don’t happen. 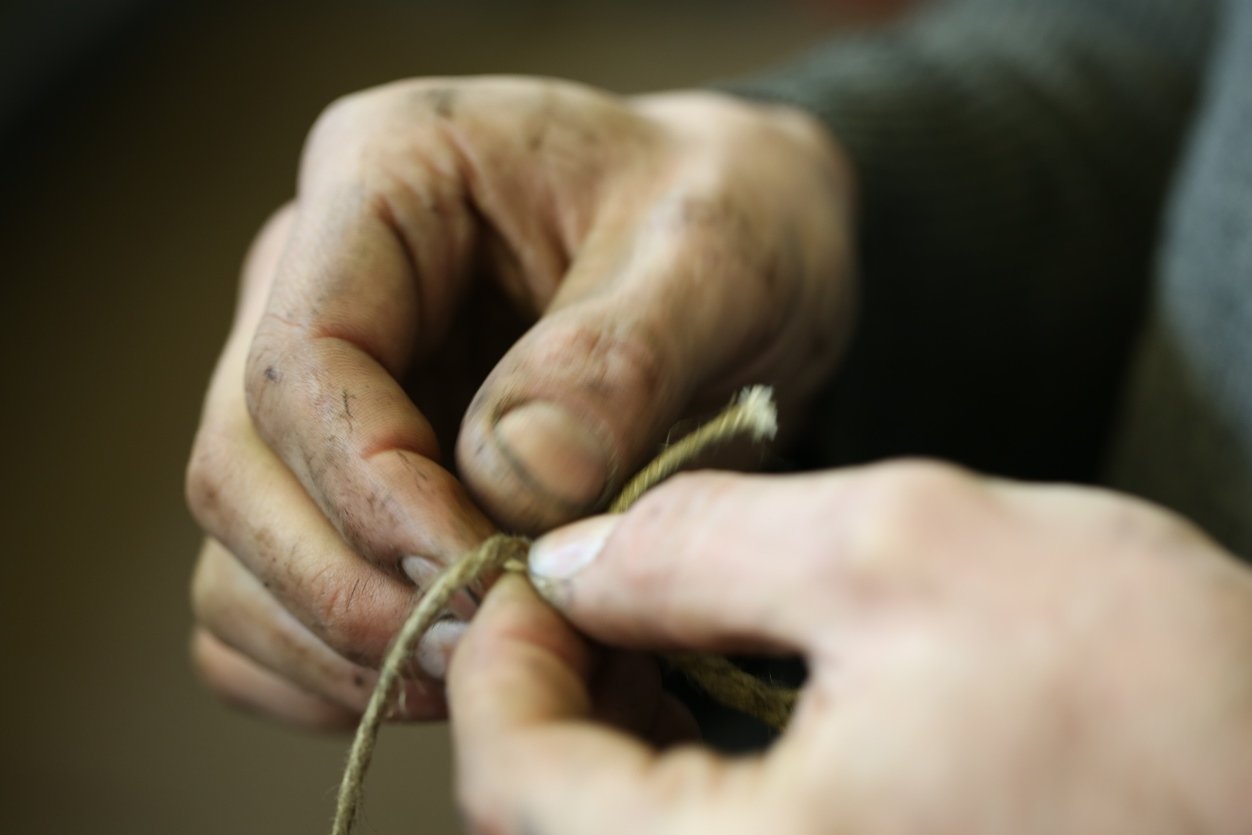 Here are five steps to outlawing illegal fishing across the world’s oceans:

1. Every industrial fishing vessel, just like every commercial ship, should have a unique vessel identifier that stays with it from the time it is built until it is scrapped. Every mobile phone has one, every automobile has one, so there’s no reason for huge industrial fishing vessels to be exempt from such a requirement. They are called ‘IMO numbers’ and are easy to get, but not yet required. Put them in a single database, combine them with strong domestic laws and penalties for illicit action, and you have the beginnings of a recipe for success.

2. Countries need to quickly ratify a global treaty negotiated in 2009, called the Port State Measures Agreement (PSMA). It will empower port states to take actions against this dark fleet that would be sanctioned under international law – like being able to refuse to allow them to enter port (they can’t do that now) if they have a known record of illegal fishing. In a piece published this week, Nigerian Global Ocean Commissioner Oby Ezekwazeli wrote, “… it would take just a dozen more African states to join them for this agreement to have the 25 ratifications it needs to enter into force… Ratifying PSMA is an entirely win-win opportunity for African nations to drive local and global change.” While they are at it, they should also ratify the Cape Town Agreement on the Safety of Fishing Vessels in order to protect the workers operating on fishing vessels. 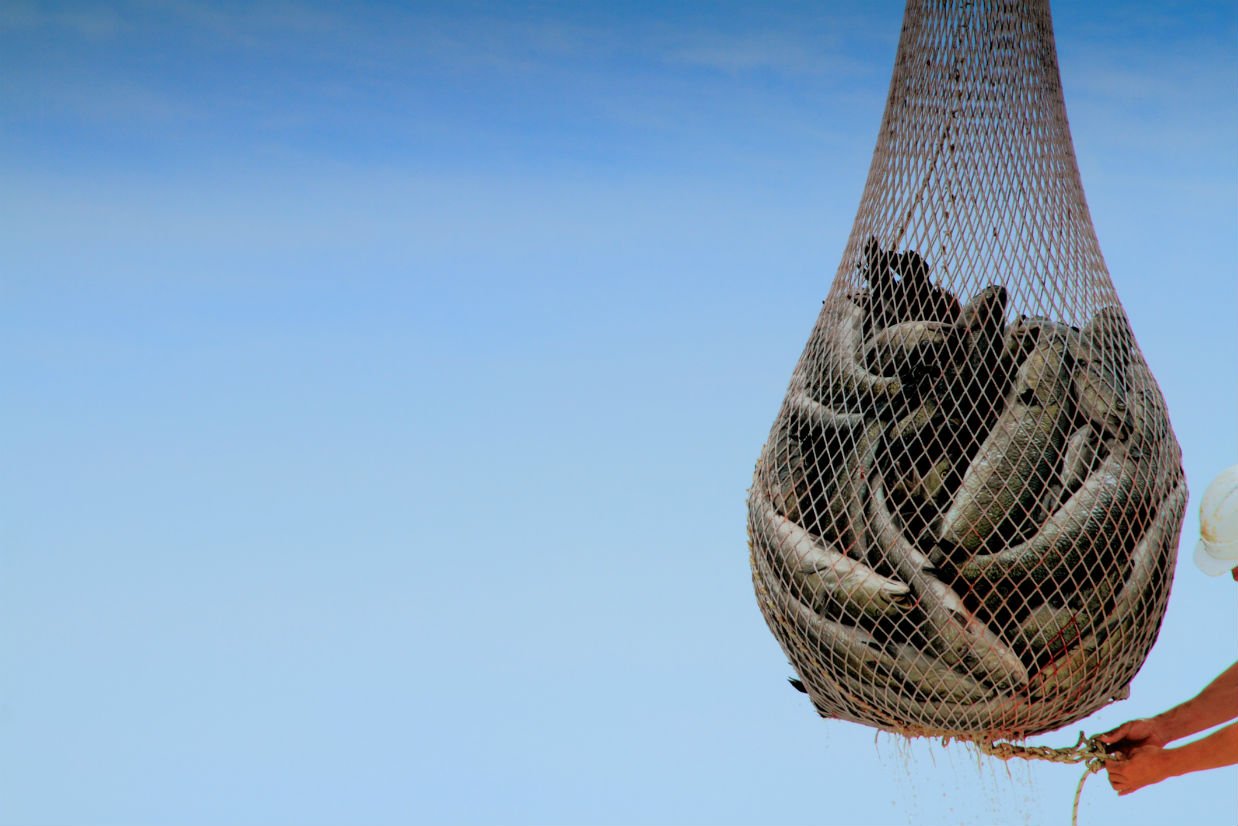 3. Require vessel owners and operators to update information on the whereabouts and activities of their ships through satellite monitoring (again all commercial ships are already required to do so). Illegal fishing by large commercial vessels – which can now fish deeper and further from shore than ever before – has been enabled by new technologies like fish-finding devices and huge engines.

It’s time to use new technology for good and work with the tech sector to put ‘eyes in the skies’ and enable cooperation and collaboration that can trace the activities of fishing vessels from ship to shore.

4. Strengthen national laws on illegal fishing and raise penalties for those involved so that they are not just seen as part of the cost of doing business. Responsibility should be placed on the vessels to show they have not been involved in any illicit activities.

5. As the three biggest markets for fish, the US, Europe and Japan, should align their laws and regulations so that anyone engaged in illegal fishing loses access to these key markets. 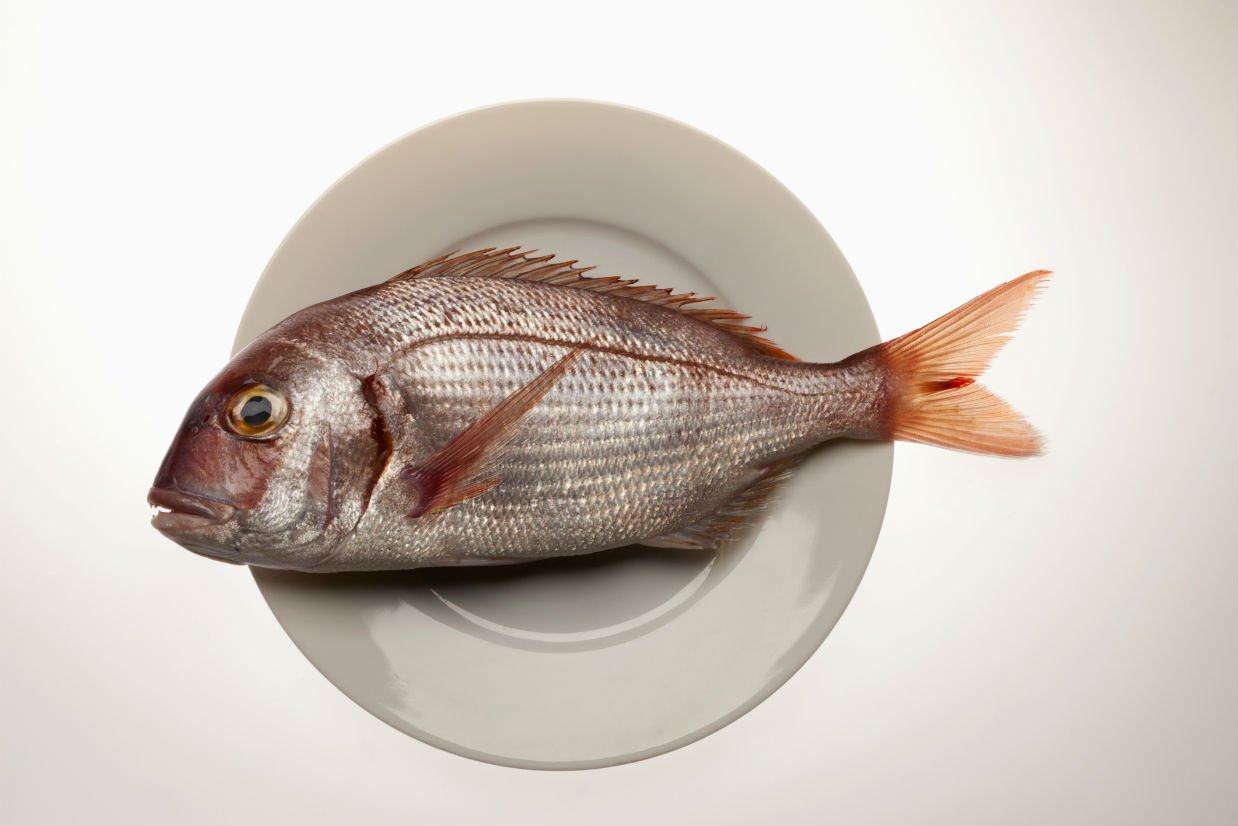 The big retailers and seafood buyers who are trying to find out whether the fish they source was caught legally and without slave labour, would then have a chain of custody from ship to port and port to shelf that is clear and transparent. Your choice of fish at dinner or finding the right brand of pet food would no longer beg the question of how or where your fish was caught… or whether the crew working the fishing vessels were being fairly paid with decent working conditions.

How and where we fish is now a human rights issue. How much do you know about the fish you eat? What changes can you make to your lifestyle to avoid supporting slavery at sea? Please share your thoughts below.

This post is part of a series produced by Virgin Unite in partnership with Ocean Unite, an initiative to unite and activate powerful voices for ocean-conservation action.