Past predictions: What people thought cities of the future would look like

A government report from the UK's Office for Science has revealed what people in the past projected that cities of the future would look like. A Visual History of the Future reveals a century's worth of visualisations of future cities. So what were they expecting? Here's just a few examples of things that were predicted... 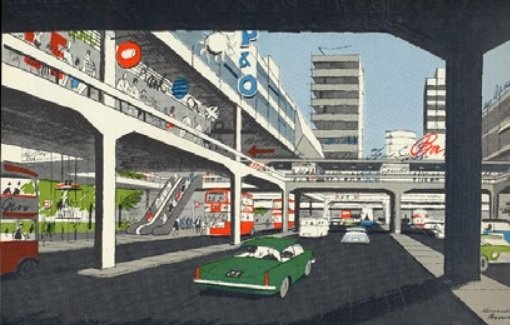 Image from Traffic in Towns, Ministry of Transport

Colin Buchanan came up with a series of steps to combat rising traffic as a result of increasing motorcar use and ownership in the UK. The 1963 Ministry of Transport report combined several principles including elevated, separated traffic, pedestrian routes and 'environmental areas', where traffic calming measures and speed ramps would be employed to encourage drivers to slow down.

Developed as a competition entry for post-costal disaster housing solutions, in this design by Studio Lindfors communities are lifted from the devastated space using helium balloons and thus remain in tact. Cloud skippers harness the jet stream staying afloat where the wind takes themm. The sky city re-imagines community as it focuses on sustainability both in the air and with fixed resources. 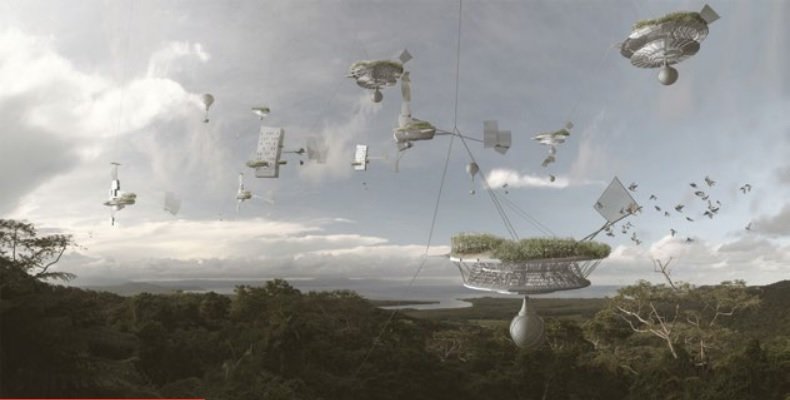 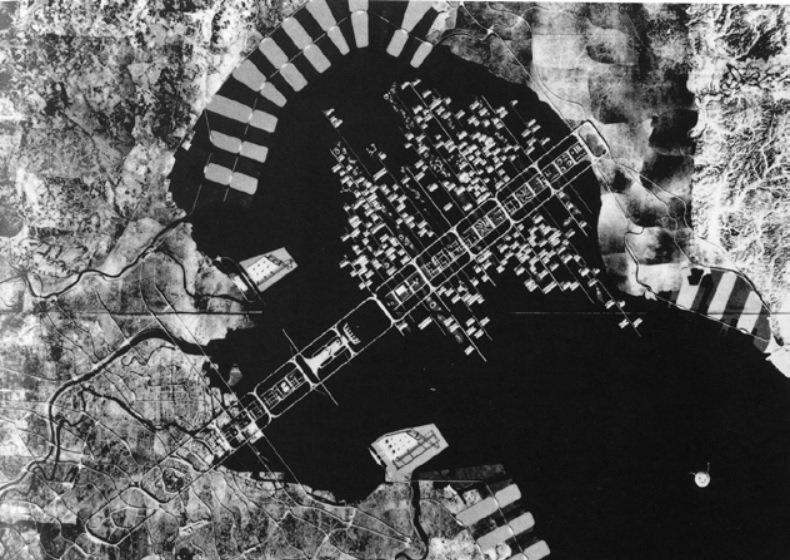 In 1960, there was a proposal to expand Tokyo across Tokyo Bay, with a central and infrastructural spine across the water.

Kenzo Tange argued that cars had changed people's perception of space and as a result, a new spatial order for Tokyo was required, rather than continuing the radial zoning status quo. His intention was for businesses and government buildings to be built along the spine and housing districts to grow perpendicular to it, as the needs of the population dictated.

Buckminster Fuller envisaged a three kilometre geodesic dome being built over mid-town Manhattan in 1960 to address the wasteful nature of city life.

According to biographer Alden Hatch: "Its skin would consist of wire-reinforced, one-way vision, shatterproof glass, mist-plated with aluminium to cut sun glare while admitting light. From the outside it would look like a great glittering hemispheric mirror, while from the inside its structural elements would be as invisible as the wires of a screened porch, and it would appear as a translucent film through which the sky, clouds and stars would appear."

Fuller planned that the dome would maintain a stable climate and prevent exposure to the elements, enabling citizens to continue with their lives undisturbed by whatever weather or other conditions were going on outside of the dome. 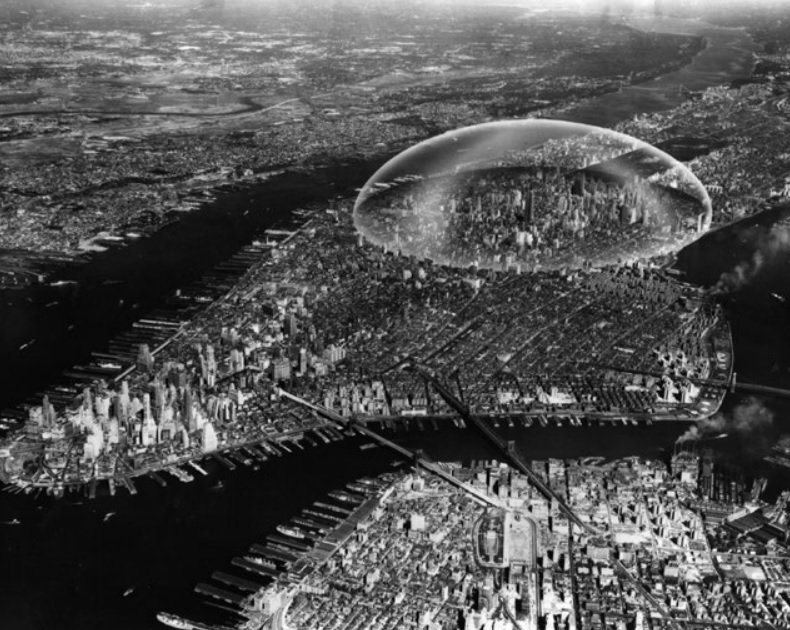 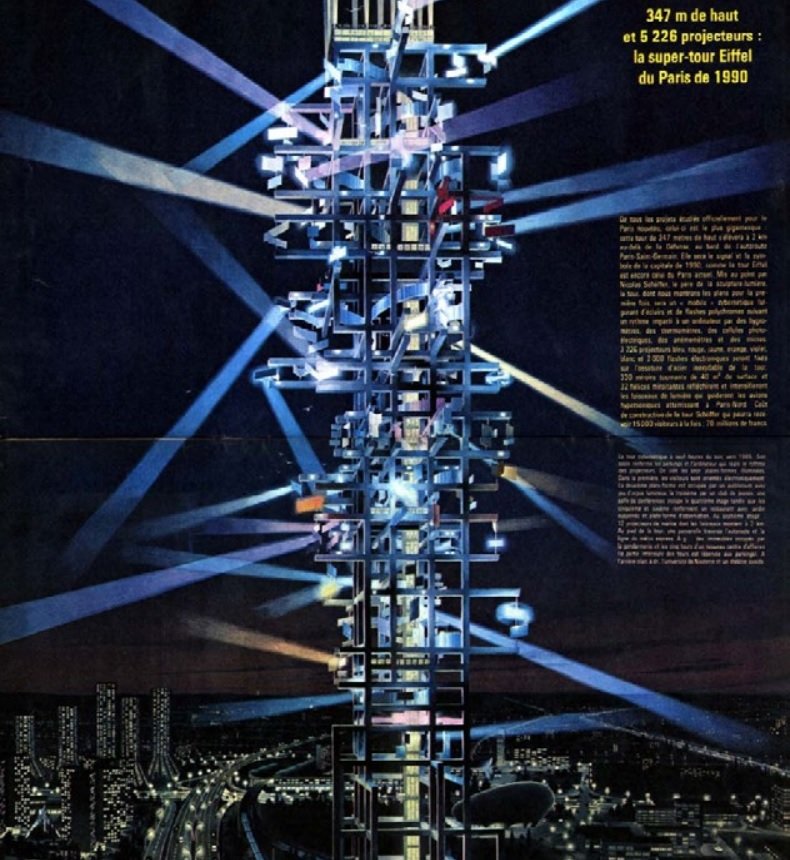 Nicolas Schöffer and Claude Parent developed cybernetic sculptures and proposed a cybernetic tower to be built in Paris. The tower would be self-networking and create adjustable climates, essentially working as a responsive animated building.

The idea was that the tower would run alongside Joan Littlewood and Cedric Price's 1962 experiment with technology and architecture, Fun Palace. Although Fun Palace was also never actually built, it was designed to link arts and sciences, entertainment and education, in a space welcoming to all – especially children and young people.

All images, including thumbnail, from the Government's Office for Science report A Visual History of the Future.