Image from Eve Branson Foundation
Eve Branson, mother of Richard, Lindy, and Vanessa, and wife of the late Ted Branson, was a born adventurer.

As a child, Eve showed signs of the entrepreneurial drive - something which had been passed down through the family, coupled with a longing for freedom and excitement. Eve’s lifelong passion was writing and in addition to her memoir, Mum’s The Word, (based on her personal diaries), she wrote articles, essays, novels, plays, scripts, and children’s stories. Eve also published travel articles and historical accounts and a children’s book dedicated to her 11 grandchildren, entitled Sarky Puddleboat (AuthorHouse 2010). 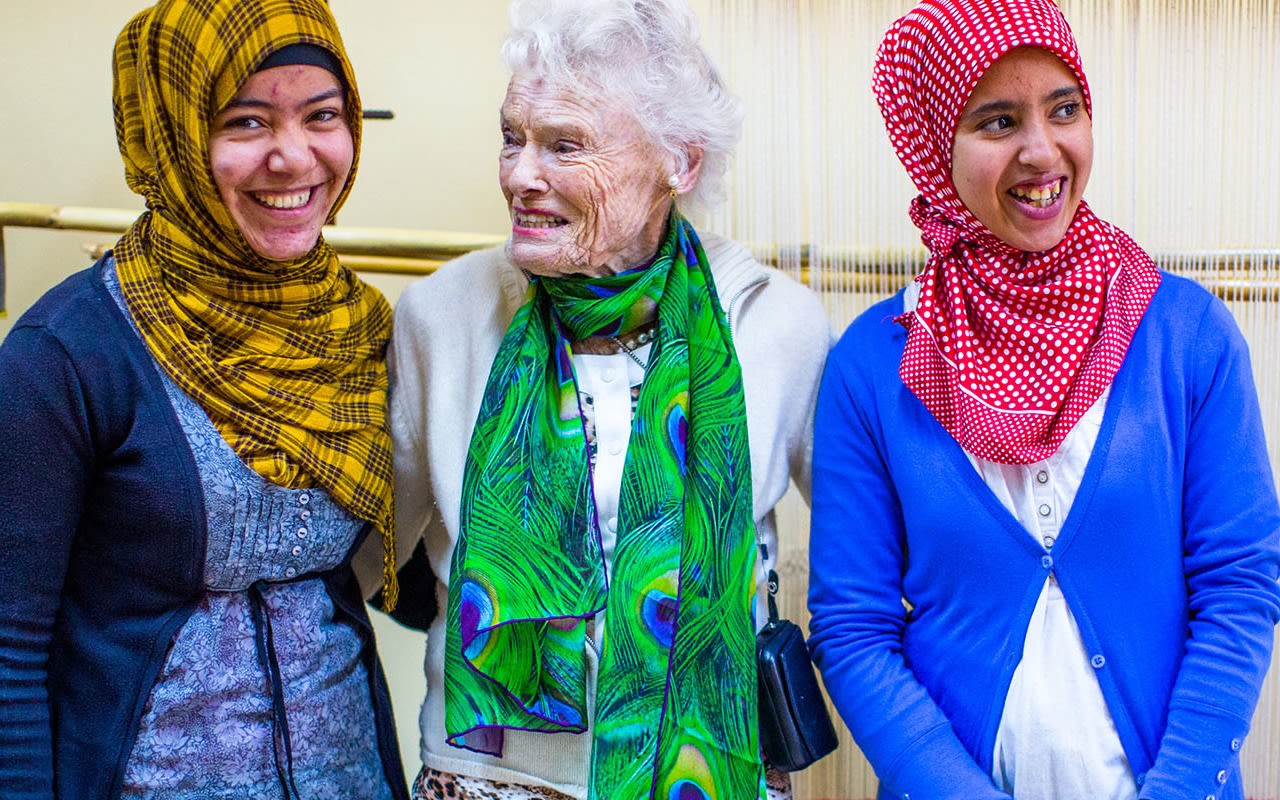 In 2005, Eve founded the Eve Branson Foundation, an organisation that provides income-producing projects for girls in the Atlas Mountains of Morocco. In 2008, at 84-years-old, Eve became the first mother in history to have a spaceship named after her - Virgin Galactic's mothership, VMS Eve.

Richard Branson is founder of the Virgin Group, one of the world's most recognisable brands. He’s always looking for entrepreneurial ways to drive positive change in the world...
Richard's Story

Holly is Richard and Joan Branson's daughter and Virgin's Chief Purpose and Vision Officer. Holly is also a co-founder of Big Change, chair of Virgin Unite, a first-time author and mother of three…
Holly's Story

Sam is Richard and Joan Branson's son, founder of Sundog Pictures, co-founder of Big Change, a passionate philanthropist and father of two. His passion for adventure and the environment has seen him take on many challenges...
Sam's Story
Follow Eve
Eve was Richard's mum and a born adventurer. In 2008, at 84 years old, Eve became the first mother in history to have a spaceship named after her...