Partnerships of all shapes and sizes have been crucial to Virgin’s success since the early days.

Richard Branson realised the value of joining forces with like-minded partners from the beginning and Virgin’s highly collaborative business model has helped the brand expand globally. Here, we’re taking a look at a couple of the best collaborations Virgin has been involved in over the years from uniform and spatial design to fun advertising campaigns featuring some special guests.

Over the years, Virgin Atlantic has worked with some of the world’s top designers to create its uniforms. Arabella Pollen’s original Virgin red outfit was replaced by a version designed by Elizabeth Emanuel, who also created Princess Diana’s wedding dress. In 1999 that was replaced by the John Rocha uniform with a purple and red neck scarf and black heels. 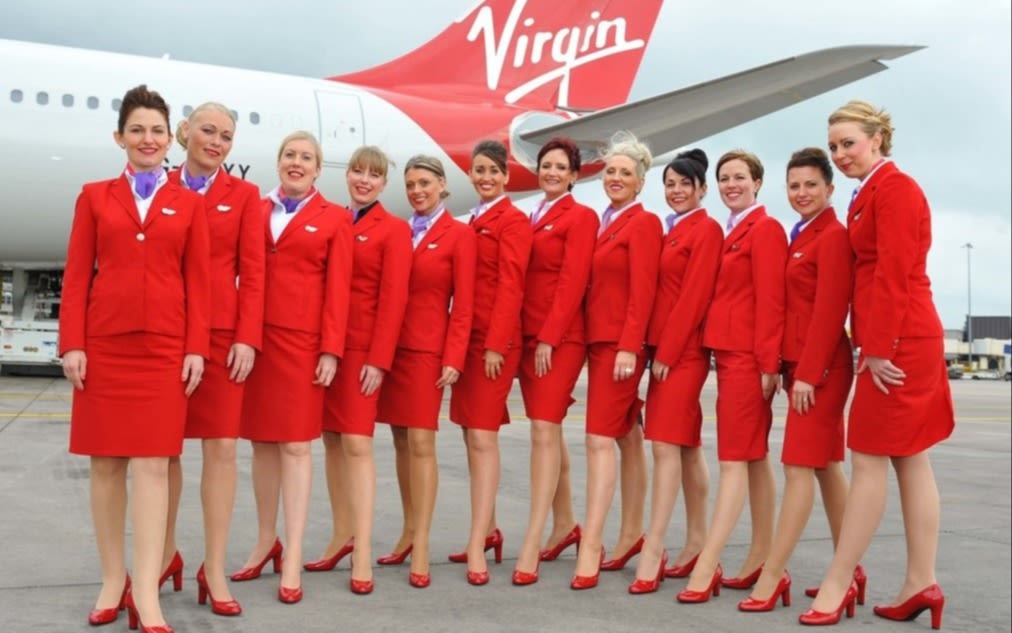 In 2014, British fashion icon Vivienne Westwood took on the challenge of designing a new uniform for the airline. Inspired by 1940s French couture techniques and classic Savile Row tailoring, Westwood set out to create a uniform that would allow employees to be themselves while at work.

The non-famous sibling of one of the world’s most famous actors might not be the most obvious choice for the star of an advertising campaign. But Virgin Mobile Australia used Doug Pitt, Brad’s younger brother, to show customers how it could offer a taste of the A-lister lifestyle.

Doug has a much more low-key life than his brother, running an IT shop in Minnesota where he lives with his family in a quiet cul-de-sac. Accompanied by the chilled out, very Aussie-feeling tagline ‘Fair Go, Bro’, Doug was put into the spotlight and shone with a deadpan delivery that emphasised the very ordinary nature of his day-to-day life.

While it was a big gamble for Virgin Mobile to take, it ultimately paid off. The campaign won multiple awards, including two Cannes lions, and grew Virgin Mobile Australia’s market share by 25%, demonstrating how playing to people’s silly sides can still get the message across.

Virgin Voyages set out looking for a ‘boutique hotel’ style for its first ship Scarlet Lady. It enlisted help from a host of designers to create a ship that is truly something special.

Amsterdam-based agency Concrete worked on the Athletic Club, a stylish space that blends sporting and social life. It includes gyms, boxing and basketball, as well as sunbathing beds and a bar.

Roman & Williams, the firm behind exclusive New York club Boom Boom Room, took on the brief to design a stylish nightlife venue. The Manor has all the glamour and exclusivity of a private members club, and offers secluded seating areas as well as an incredible stage that’s just asking to be danced on.

For high-end Mexican restaurant Pink Agave, Tom Dixon’s Design Research Studio created a space divided by translucent pink portholes, reminding Sailors they’re onboard a ship – even though everything else about the experience screams ‘luxury restaurant’. And up on the VIP deck, Richard’s Rooftop, there are raised sunbathing pods and dichroic glass that casts rainbow-hued shadows, giving the area an out of this world feel. 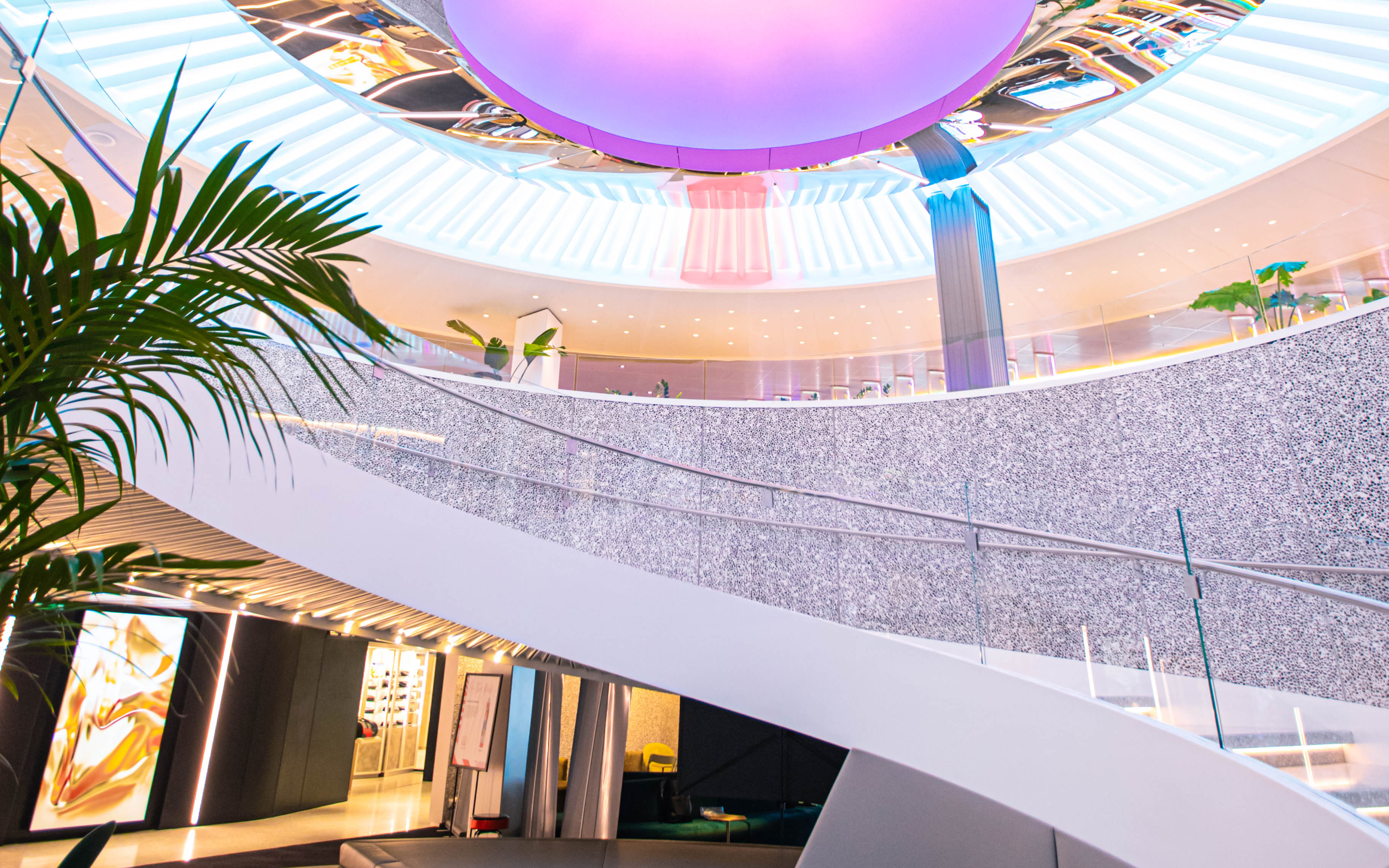 Although the areas of the ship were designed by different agencies and designers, the collaboration with Virgin Voyages and clear design vision; ‘the modern romance of sailing’, led by its SVP of design and customer experience, Dee Cooper, ensured that the design flows across the whole ship and doesn’t feel disjointed in any way.

To announce Virgin Atlantic’s partnership with Ryan Reynolds’ Aviation Gin, Richard Branson starred in a playful video with the Canadian actor. The video is a tongue-in-cheek look at brand partnerships and the ways in which they are sometimes announced.

Richard’s trying to simply share the good news that Aviation Gin will be available on Virgin Atlantic flights. But Ryan wants to hijack the message with his own news. Ryan’s announcement is so littered with corporate jargon – something that’s always been avoided at Virgin – that Richard encourages him to lighten up. Ryan eventually reveals his own desire: to merge the two companies and create AviaVirgination, which causes Richard to storm off.

For more inspiring insight into the world of Virgin, take a peek into Virgin By Design, Virgin’s 50-year history of its truly restless spirit.