Flying is about to get even better – Virgin Atlantic has revealed its new Airbus A330neo, with a premium, personalised experience for every single customer.

The Retreat Suite is a brand new innovation in Virgin Atlantic’s Upper Class offering. It consists of two exclusive suites at the front of the cabin, with a 6ft7” direct seat to fully flat bed and a 27” touchscreen with Bluetooth connectivity and wireless charging. With each suite boasting an ottoman that doubles up as an extra seat, up to four people can comfortably dine, chat or play games in their own private social space.

As well as The Retreat Suite, the A330neo will offer 30 brand new Upper Class suites. The fully forward-facing suite offers more space and storage, with a fully closing privacy door. A ‘do not disturb’ feature means you can enjoy your flight in peace, sleeping the whole way if you’d rather not be woken up for meals. It also had passenger-controlled mood lighting, a 17.3” touchscreen TV and even a mirror so you can check you’re runway ready before you land. 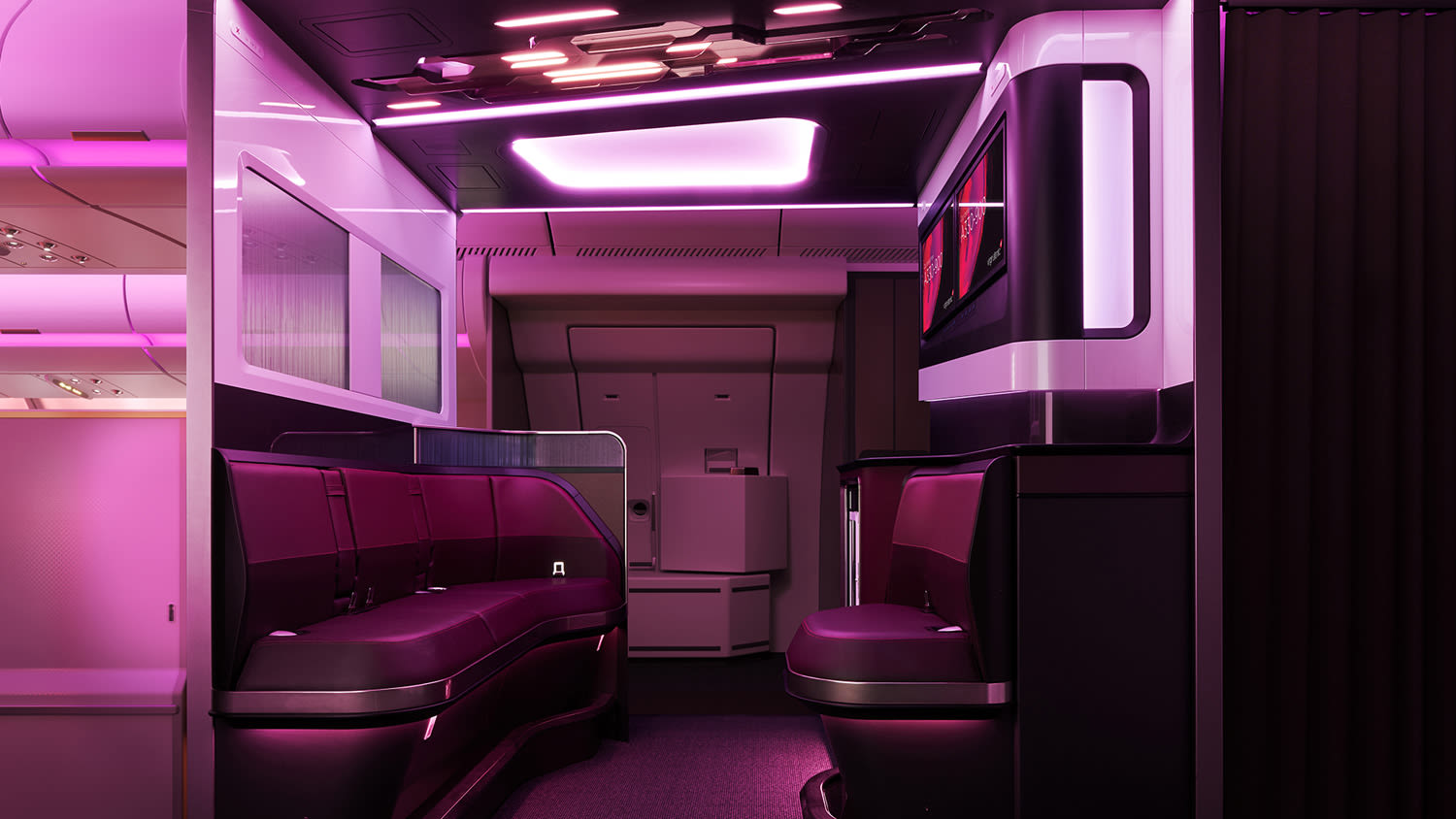 The Loft, Virgin Atlantic’s award-winning social space, remains a core part of the Upper Class experience. In an evolution of design from the Airbus A350, it has space for eight people, with four comfortable seats, allowing guests to sit and chat or enjoy refreshments from the new self-service fridge and drinks dispenser. And you can connect Bluetooth headphones to one of the dual panoramic 27” touchscreens, or charge your devices on the wireless facilities.

Upper Class isn’t the only cabin that’s had an upgrade. The new Premium cabin has 46 38” pitch seats, which are all accompanied by calf rests and a 13.3” touchscreen with Bluetooth audio. Plus, Premium customers will also be able to wirelessly charge their gadgets at their seats. 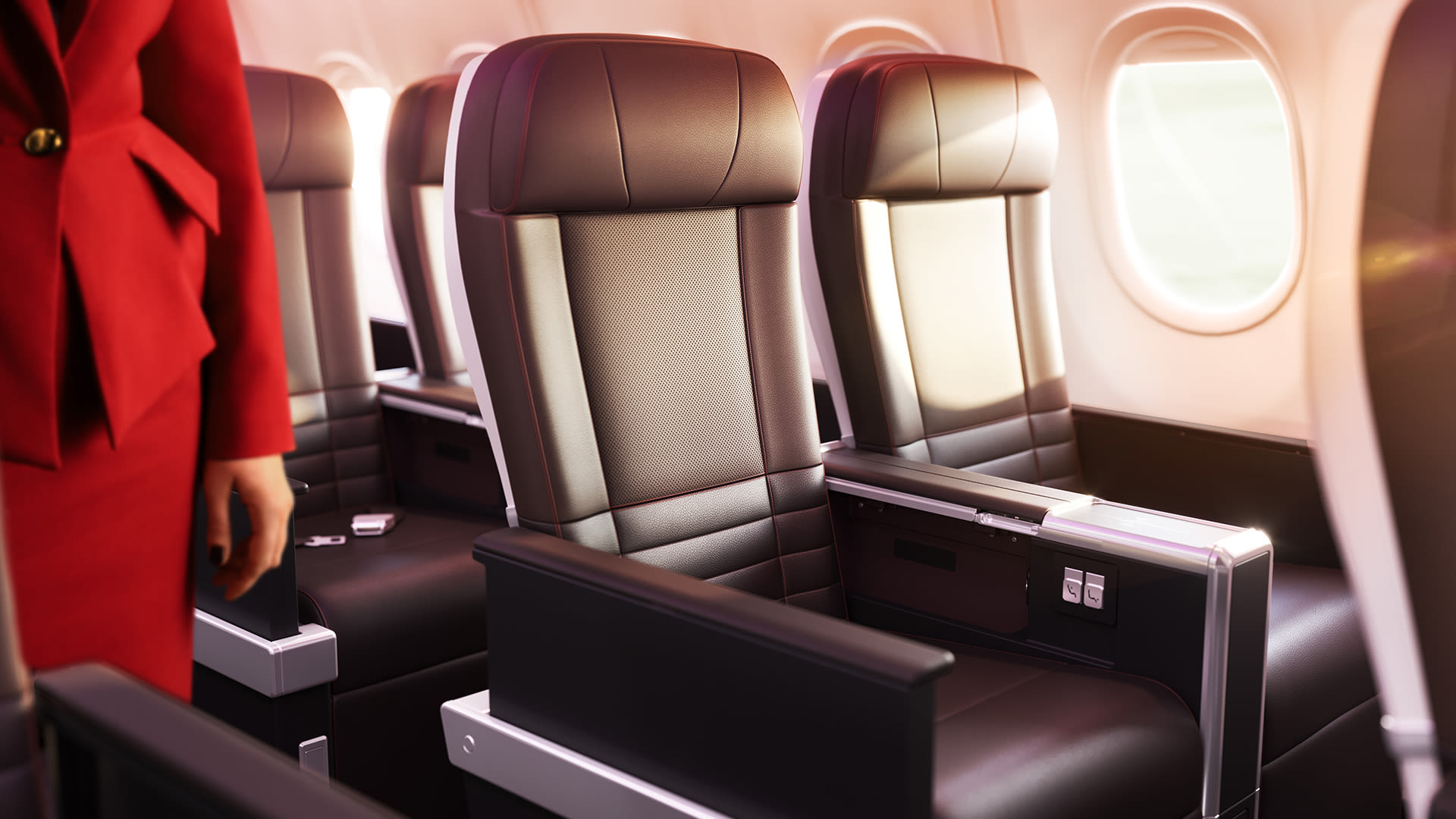 In the new Economy cabin, comfort and connection are the order of the day. Customers will get to enjoy the largest ever economy screen at 13.3”, with an intuitive touchscreen and Bluetooth audio to connect headphones – and the ability to use their phones as a controller. There’s also plenty of storage, and AC power and USB ports to keep gadgets powered up. Customers have the choice between 28 Economy Delight seats, which offer an increased 34” seat pitch, or 156 Economy Classic seats, providing a 31” pitch. 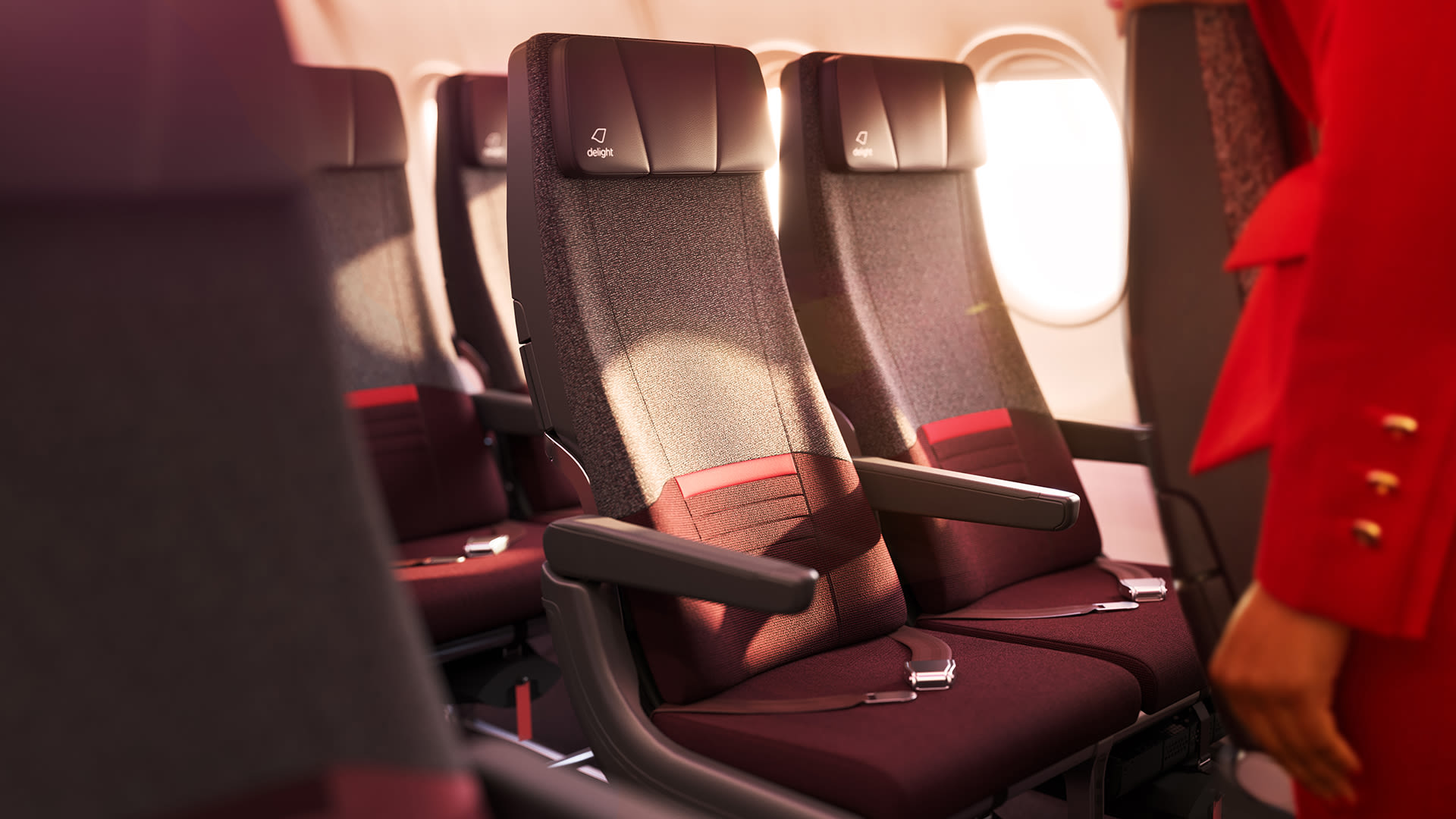 Corneel Koster, chief customer and operating officer at Virgin Atlantic, said: “When it comes to innovating for our customers, we never stand still. Our desire to create memorable experiences means we’ll continue to imagine with fresh ideas. We care about every detail of the cabin design and every step of our customer’s journey. We’re proud to unveil our state-of-the-art A330neo and show the evolution of our customer experience, with each of our customers receiving a premium experience regardless of the cabin they travel in. They’ll be better connected with their fellow travellers and our amazing crew in the air, and with their friends and family on the ground.”

Back in 2019, Virgin Atlantic became the first UK airline to announce a firm order for up to 16 Airbus A330neos, reaffirming its commitment to flying the cleanest, greenest fleet in the sky. The airline has made a multi-billion dollar investment in its fleet over the last decade, operating with the average aircraft age of just under seven years and 68% next generation aircraft. This will increase to 100% next generation aircraft by the beginning of 2027 – meaning all of Virgin Atlantic’s planes are equipped with the most efficient engines and state-of-the-art technology designed to save fuel and reduce emissions. Already, the investment in its fleet has delivered a 20% reduction in Virgin Atlantic’s fleet carbon emissions.

Corneel added: “The A330neo plays a significant role in our multi-billion dollar fleet transformation, demonstrating our commitment to the planet. We know the most impactful thing we can do as an airline is to fly the cleanest, greenest, youngest fleet possible and the A330neo is integral to achieving this goal. It’s truly a plane for the future.” 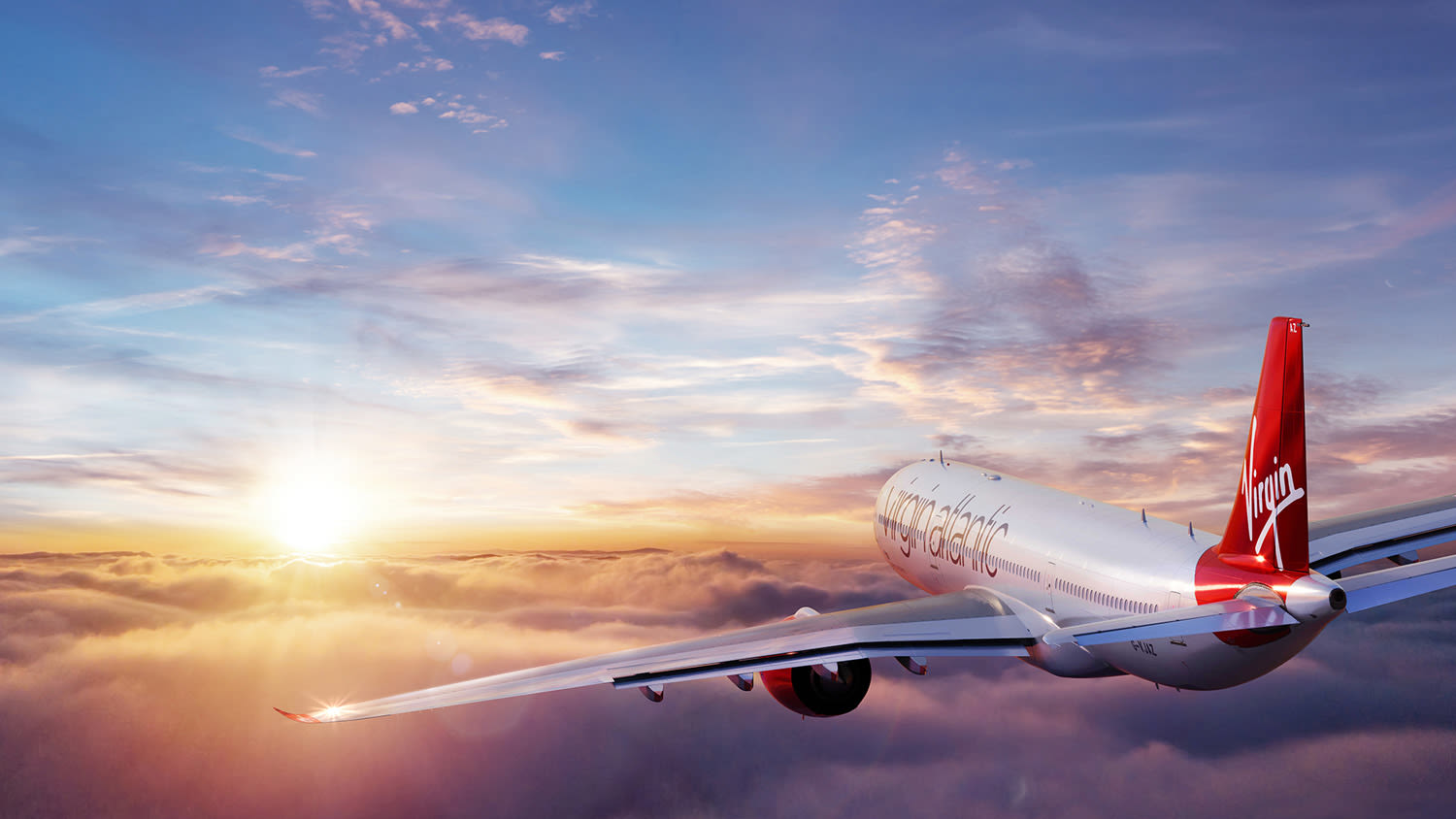 Over the next decade, Virgin Atlantic will save another 10% in carbon emissions. The Airbus A330-900 neos are designed to be 11% more fuel and carbon efficient than the A330-330 aircraft that they are replacing in Virgin Atlantic’s fleet – and they’ll deliver a 50% reduction in airport noise contour.

Virgin Atlantic’s first A330neo is expected to take off to Boston on its first customer flight in early October. Tickets will go on sale later this month. From September 2022, the airline will take delivery of three aircraft, with the remaining deliveries following between 2023 and 2026.

Visit Virgin Atlantic to find out more and book your first flight on these new aircraft.

And don’t forget to join Virgin Red and link your Flying Club account to enjoy all the benefits of Virgin’s rewards club – from concert tickets to everyday treats.