Journey to the bottom of the Belize Blue Hole

We were journeying to the bottom of the world’s largest sinkhole, an unexplored legend of the deep filled with Mayan mysteries and myths of monsters and wonder. What would we discover at the bottom of the Belize Blue Hole? Watch a video clip of the action here. 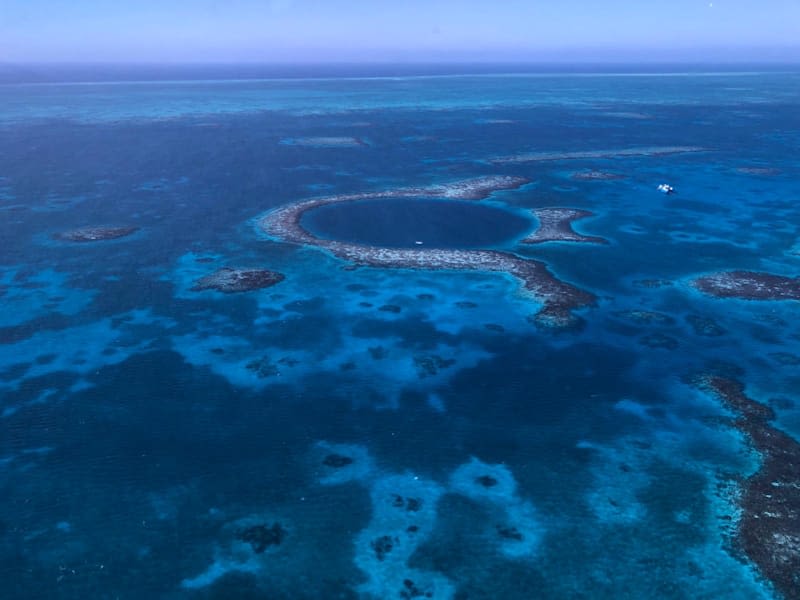 It was a real honour to be invited along on the first ever submersible dive to the very bottom of the Blue Hole on the Mesoamerican Reef, the second largest barrier reef network in the world. I’d seen the iconic photos of the famous Blue Hole but hadn’t realised just how stunningly beautiful it was. We were in Belize to support the work of Ocean Unite to promote ocean awareness and the importance of strongly protecting at least 30 per cent of the ocean by 2030.

The ocean is so critical to all of us and we want to do all we can to protect it. Upon arriving in Belize we met with Prime Minister Dean Barrow and had a really good discussion. We spoke about protecting 10 per cent of Belize waters – a wonderful first step towards 30 per cent. We also urged Belize to ban gill nets, which are known as the Wall of Death and do so much damage to marine ecosystems. 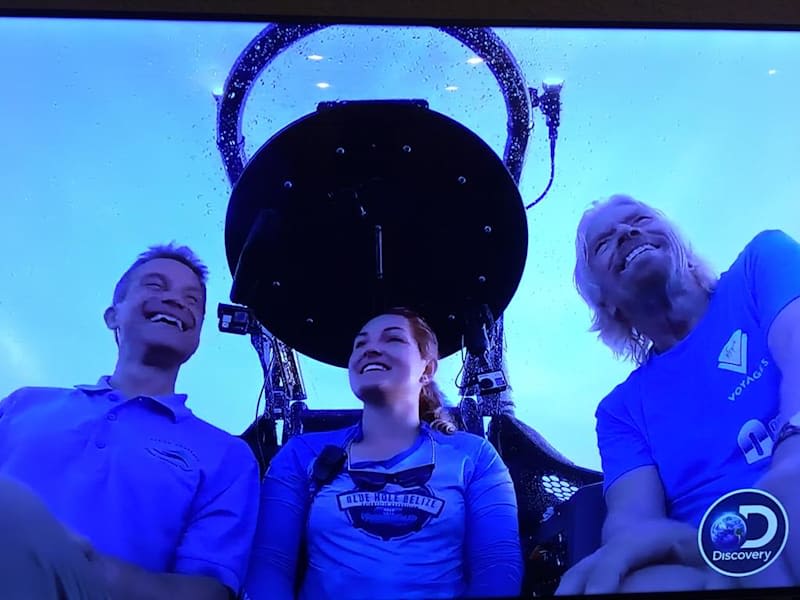 The Prime Minister spoke of how important the ocean is to Belize’s people, its economy and its future. Excitingly, he said he was supportive of both measures. We’re hopeful of a very positive announcement before the New Year - it could be a wonderful Christmas present to the world. We also had the honour of meeting his delightful wife, who assured us she is the biggest advocate for ocean conservation and would continue encouraging her husband! 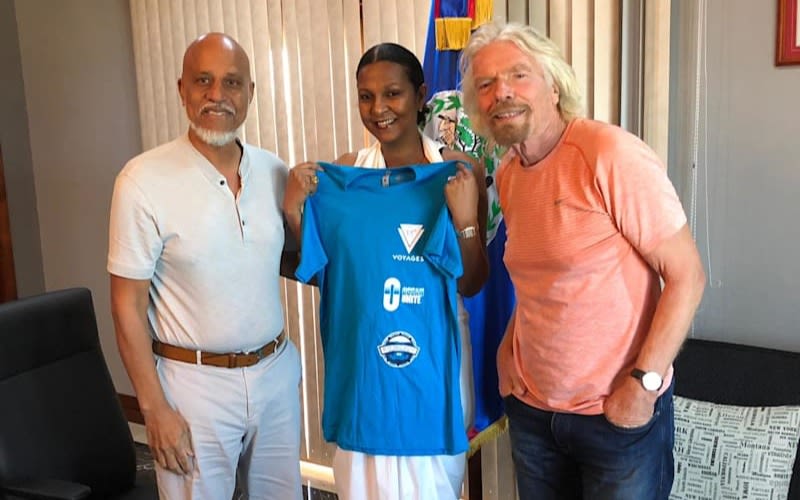 Then we travelled out to the Blue Hole and were met with breathtakingly pristine views – I couldn’t wait to get into the water. It was a pleasure to dive with Fabien Cousteau, whose grandfather Jacques Cousteau pioneered ocean conservation and exploration. We were very fortunate to have the brilliant Erika Bergman leading us. She was very calm, very experienced and had enormous enthusiasm for the ocean - I think she could live underwater!

The Aquatica submarine was perfect for the dive, with a massive dome offering views in front, above, to the side and behind. We travelled about 10 minutes in the submarine into the Blue Hole and then started edging down the wall of the hole. The first thing we came across was a massive wall of giant stalactites, which were breathtakingly beautiful.

The Blue Hole is made of a complex system of caves that once formed on dry land. It is proof of how oceans can rise quickly and catastrophically. Sea levels were once hundreds of feet lower. 10,000 years ago the sea level rose by about 300 feet when a lot of ice melted around the world. At 300 feet down you could see the change in the rock where it used to be land and turned into sea. It was one of the starkest reminders of the danger of climate change I’ve ever seen.

We then tried to go through a thick Hydrogen Sulphide layer, which had formed over centuries. It was extremely eerie. We didn’t expect to see any creatures below. But when we got to the bottom we could see crabs, conches and other creatures that had fallen into the hole, arrived on the bottom and then ran out of oxygen and died. 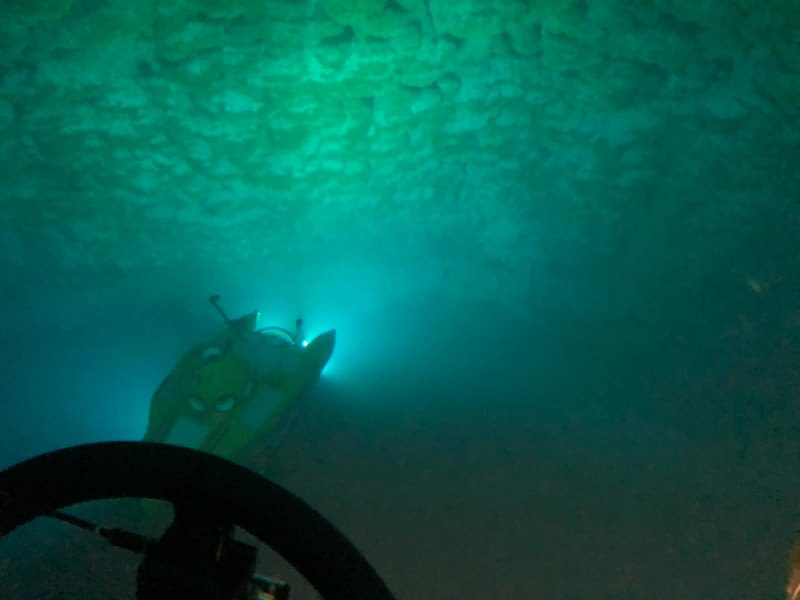 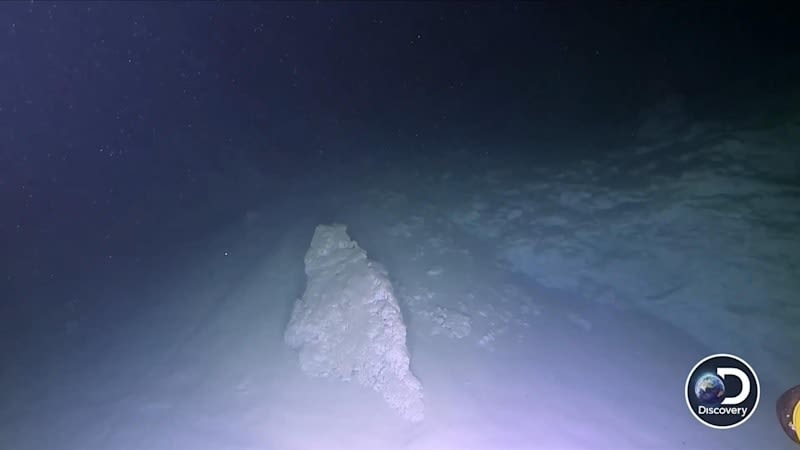 As for the mythical monsters of the deep? Well, the real monsters facing the ocean are climate change – and plastic. Sadly, we saw plastic bottles at the bottom of the hole, which is a real scourge of the ocean. We’ve all got to get rid of single-use plastic. Virgin Voyages, which kindly sponsored the expedition, is leading the charge. Our team all feel passionately about the environment. With every item we buy, every piece of food we serve, the environmental impact is paramount. There will be no single-use plastic on-board.

Back on the ship there were teams of renowned scientists and geologists doing fascinating studies, including creating the first three-dimensional rendering of the Blue Hole, which I look forward to seeing. I also wanted to see the reefs up close and personal myself, so went for an exhilarating scuba dive and saw an incredible array of fish and ocean life thriving. Long may it continue. Hopefully by this trip taking place we have raised even more awareness of the need to protect the ocean and tackle climate change now – before it is too late.

My grandchildren will be in their thirties by 2050. I don’t want them to grow up in a world without corals, without the wonders of the ocean. We need governments to act now to protect at least 30 per cent of the ocean by 2030 and reduce CO2 emissions as quickly as possible with a goal of zero net emissions by 2050.

Watch the video of the dive here.