The COVID-19 vaccination is being rolled out across the world. In the UK, the NHS has recruited an army of volunteers to help vaccinate people as quickly as possible. A number of Virgin Atlantic team members have signed up to help the cause.

You might think that airline workers and NHS medical professionals don’t have a lot in common. But you’d be wrong. Cabin crew is a safety-critical role that relies on teamwork, and crew members often need to make quick decisions and manage stressful situations.

Every day is different and cabin crew have to be prepared to deal with anything that’s thrown at them. Crew members also have incredible people skills: empathy, care, reassurance, a little bit of humour. They’re constantly learning, too, and can turn their hand to most things. Plus, Virgin Atlantic cabin crew go through training that includes dealing with medical emergencies.

Virgin Atlantic caught up with some of its people who are volunteering at the vaccination hub at St Peter’s Hospital in Chertsey, Surrey. 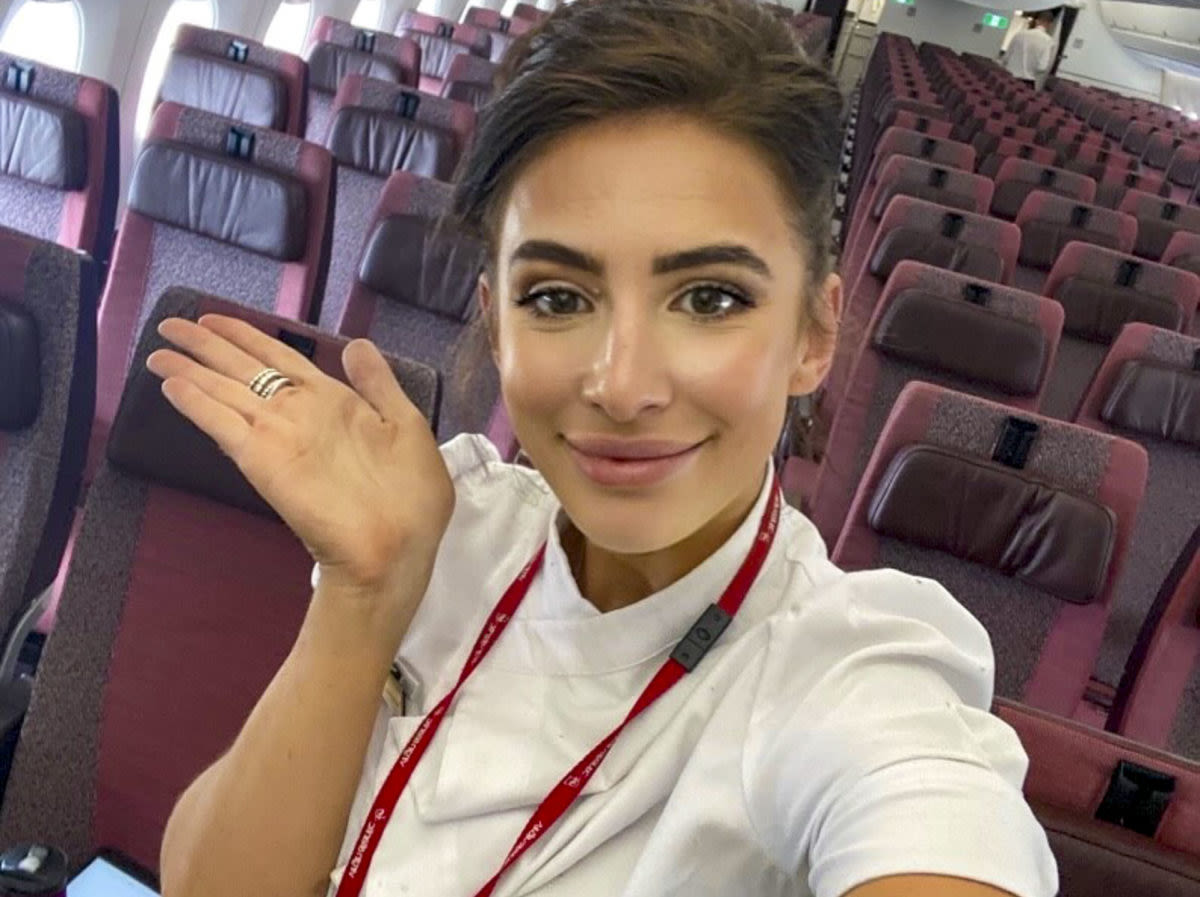 Alanna Strong has been a cabin crew member since she was 18. In March 2020 she joined Ashford and St Peter’s as a temporary staffing coordinator, helping bank staff find roles around the hospital. Recently, she’s been working as a recruitment advisor for the hospital’s new recruitment hub. She knew that her Virgin Atlantic colleagues would be a great addition to the trust so she put out a call on social media for cabin crew to help with the vaccine drive. The response was fantastic and she has managed to recruit nearly 100 people to the cause.

“I was born at St Peter’s, so it’s always had a place in my heart, especially after taking care of my family pre and during COVID,” Alanna said. “They have cared for my grandad, who is thankfully now COVID-free and treated other family members when they’ve had cancer. It’s been great to give back, and I’ve loved meeting and working with the staff here. It’s amazing to feel like we are all contributing to getting the country back on its feet and hopefully restoring some normality!” 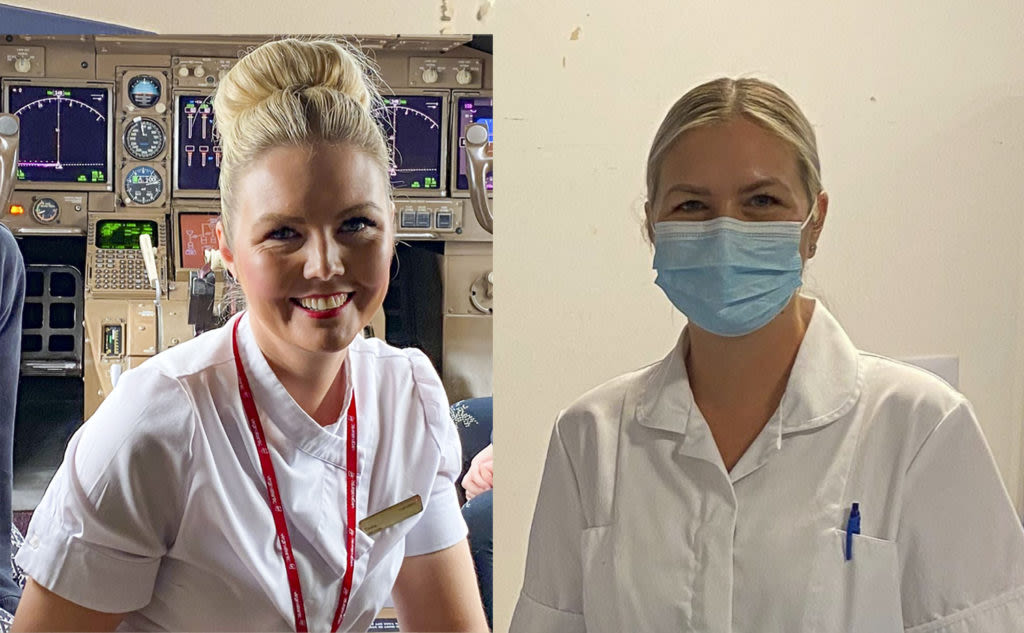 Natasha Hall has flown as cabin crew for 18 years. When the opportunity came up to volunteer at the hub, she signed up immediately.

“I am so proud to be a part of this, as this is my local hospital where I had both my children. It means so much to give back to my local community,” Natasha said. “Without my training and experience from Virgin, I would never have been able to do this job. I am really loving it.”

She added: “The best bit about the job is meeting new people from all walks of life. The gratitude and appreciation from people having the vaccination gives you a real buzz.”

Sam Heenan works in Virgin Atlantic’s Heathrow airport services team. But before that, he worked as a paramedic. He switched careers to pursue his dream of becoming a pilot, but has dusted off his ambulance uniform and is now working as a paramedic in the hub. He is vaccinating, supervising the non-clinical staff and drawing up the vaccine.

“I feel very privileged to have the opportunity to be part of what will be a massive part of history,” Sam said. “From an airline perspective, efficiently distributing this vaccine and getting a good majority of the country vaccinated is the only way that aviation will recover and not be continually faced with tougher travel restrictions.”

Sam added that the best part of the job is “knowing that you are helping to put a dent in those figures you see in the Coronavirus briefing when you get home. Knowing that you have made someone’s day as this is the first ‘excuse’ they have had to leave the house in over two months. Knowing that you are working alongside both NHS staff and airline staff to achieve a common goal.” 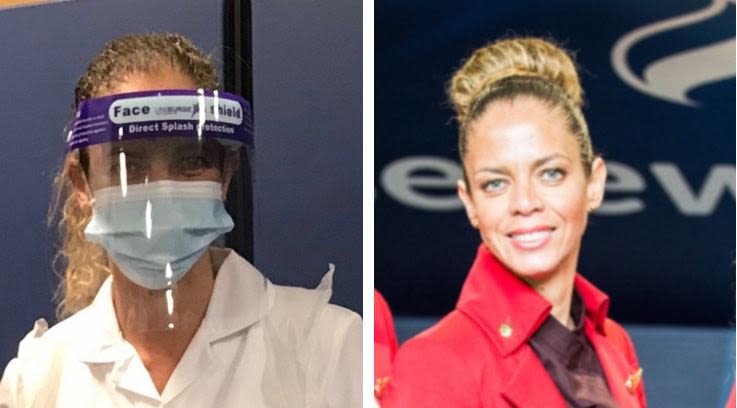 Ania J Choppy-Hansford joined Virgin Atlantic as cabin crew in 1994 and now flies as a flight service manager. She joined the vaccination centre to volunteer as a vaccinator.

“Being a vaccinator is a first for me. Still, because of how we are trained as cabin crew, no matter what gets in the way, we just get on and deal with the situation,” Ania said. “On my first shift as a volunteer vaccinator I had five people in a row who were petrified of needles. Without realising it, I used the skills I've learned as cabin crew to show empathy and make them relax.”

She said that the best part of volunteering is “interacting with the public, which I miss so much. The precious moment for me is when patients are surprised the procedure is over and say ‘Is that it?’ They thank you for making them feel so relaxed. That always brings a smile behind my mask!”

Head over to the Virgin Atlantic blog to read more stories from its team of vaccination volunteers.

How Virgin Atlantic is delivering vital supplies during the pandemic