Zoe Cameron is a Virgin Atlantic pilot and recently turned children’s author. Her book, Ada and Emily: Take to the Skies! focuses on STEM (science, technology, engineering and maths). It’s about two young girls who build an airplane and even features an illustration of a Virgin Atlantic Airbus A350. We caught up with Zoe to find out more...

How long have you been a pilot and what made you get into aviation?

My love for flying started at an early age. My dad was a pilot in the Royal Air Force and he then went on to fly long haul commercially. I remember being so excited to be sitting in a tornado that he flew at the age of six and it all really continued from there. I had my first flying lesson when I was 12 and from that point forward there was no question about what I would do for a living, I was going to be a pilot. I’ve been flying commercially for 14 years and I’m so happy that I have a job that I’ve worked so hard for and that I’m still passionate about.

What attracted you to Virgin Atlantic?

I’ve been flying for Virgin Atlantic for over eight years now. Prior to working for Virgin I flew for a short haul carrier. I really enjoyed my time with them, but I absolutely love working for Virgin Atlantic. When I first applied, I was drawn by the appeal of flying new aircraft types and a variety of routes to long haul destinations where I would have the chance to explore destinations I had never visited previously. Virgin Atlantic also seemed like a great airline to work for in terms of the people who worked there and I have not been disappointed on this front, it’s so amazing to go to work and fly with great people on every single trip. 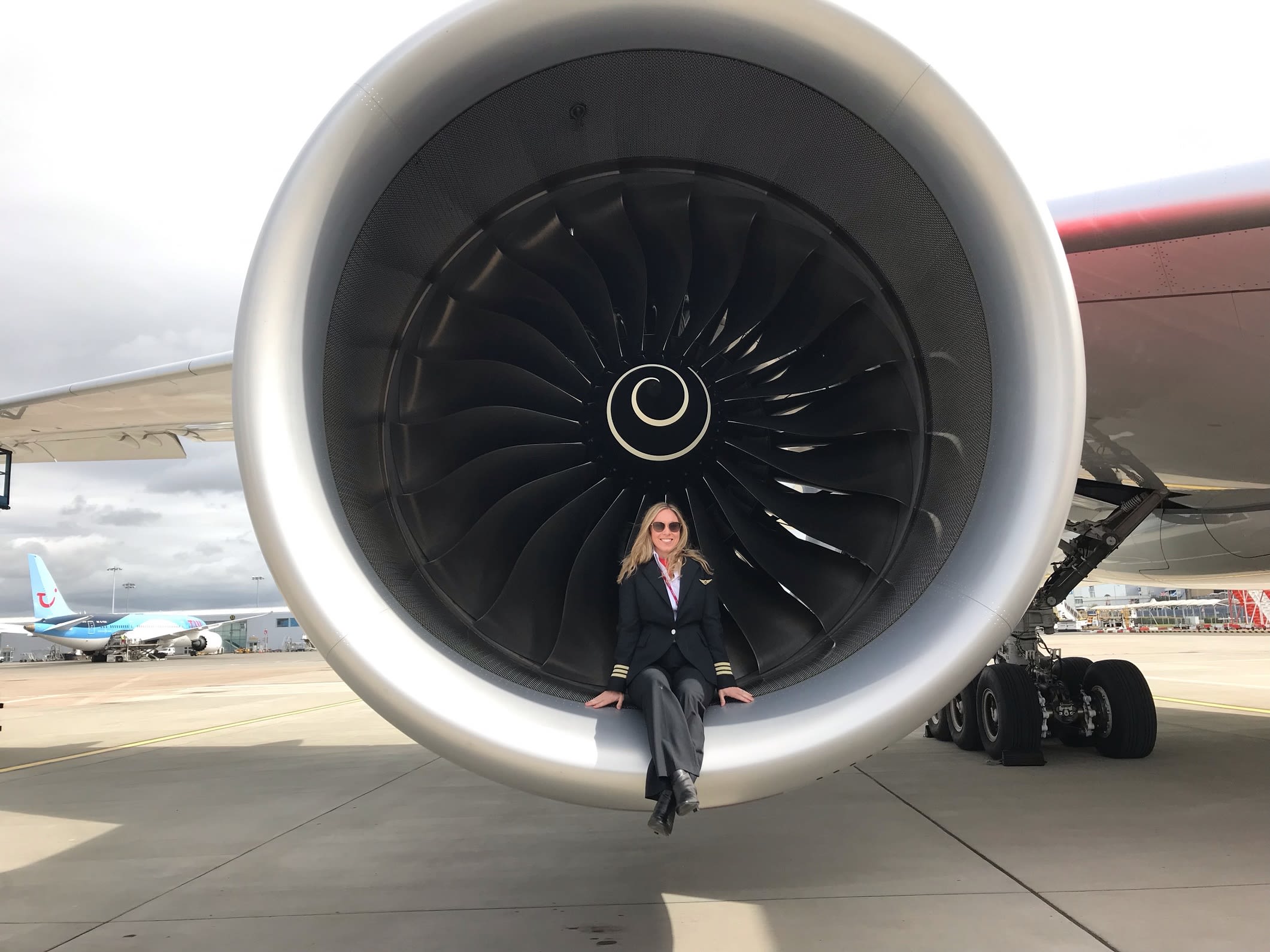 There are several of Virgin Atlantic’s destinations that I really enjoy flying to. I love New York with the vast array of things to do and see there. I had a fabulous trip to Havana, Cuba where I took a tour in a vintage American car and dined at a rooftop restaurant. However, my favourite destination is Cape Town. I love the Waterfront, the views from Table Mountain, the beaches, amazing food and visits to the beautiful vineyards. I’m so excited that this route is starting back up again.

Have you always wanted to be a children's author?

When I was at primary school a lady came to talk about a children’s book she had written and from that point I always thought it would be wonderful to write a book of my own. It just took until now to come up with a story I wanted to put into a book. 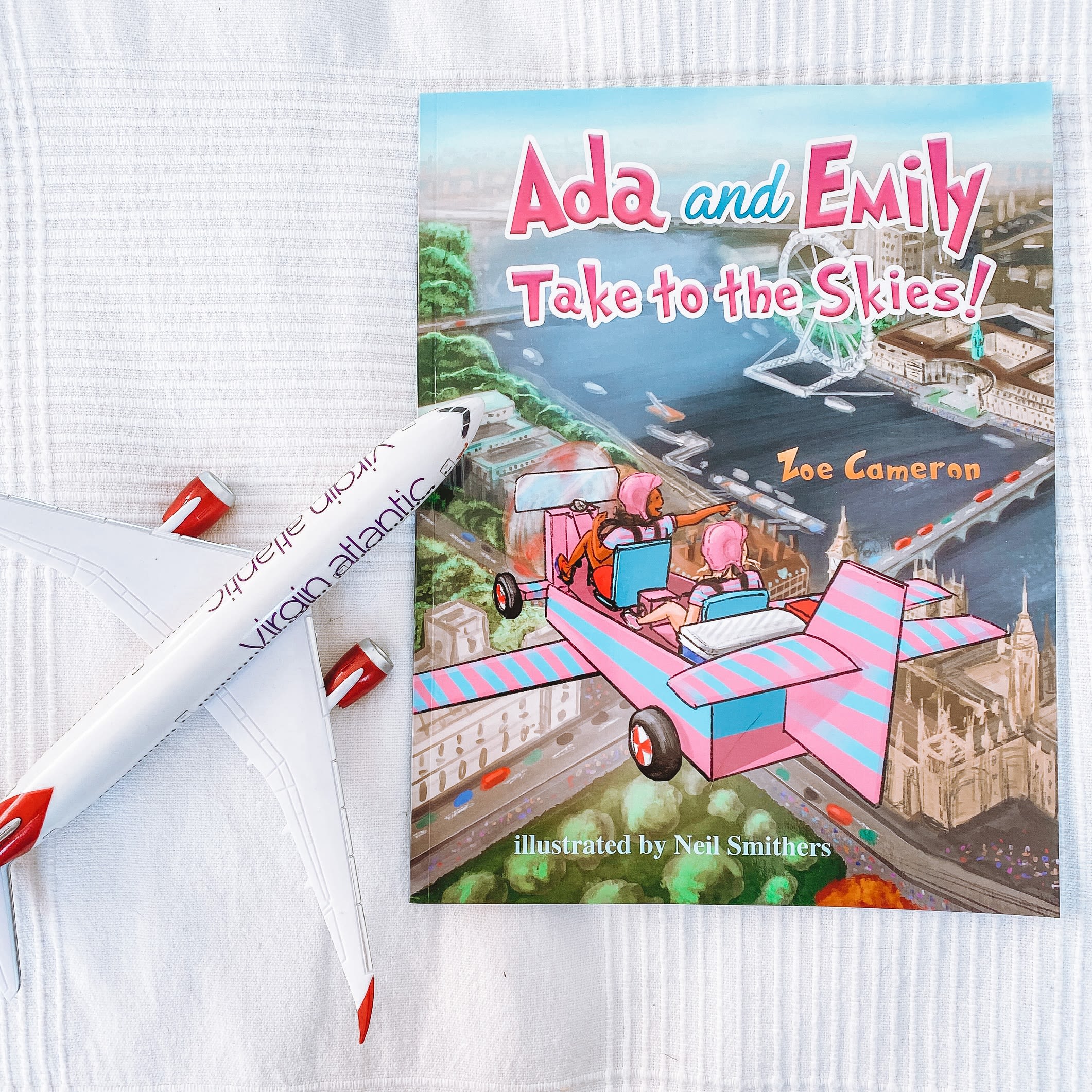 Where did the idea for your book come from?

When I was younger I always thought it would be amazing to have my own airplane at home to just be able to take out and fly wherever I wanted and to fly off on adventures. My dad has a shed at the bottom of his garden where he builds radio controlled model airplanes, so this led onto the idea of the girls building their go-kart and airplane in the shed in Ada’s garden.

Was it important for you to use female protagonists to inspire young girls in becoming aviation engineers and pilots?

I think it is so important for all children to know that they can do anything they set their mind to and to know this from a young age. I do think it’s really important for young girls to know that a career in aviation, as engineers, pilots or any other role, is open to everyone. I chose to use female protagonists in order to re-enforce this message in my book. 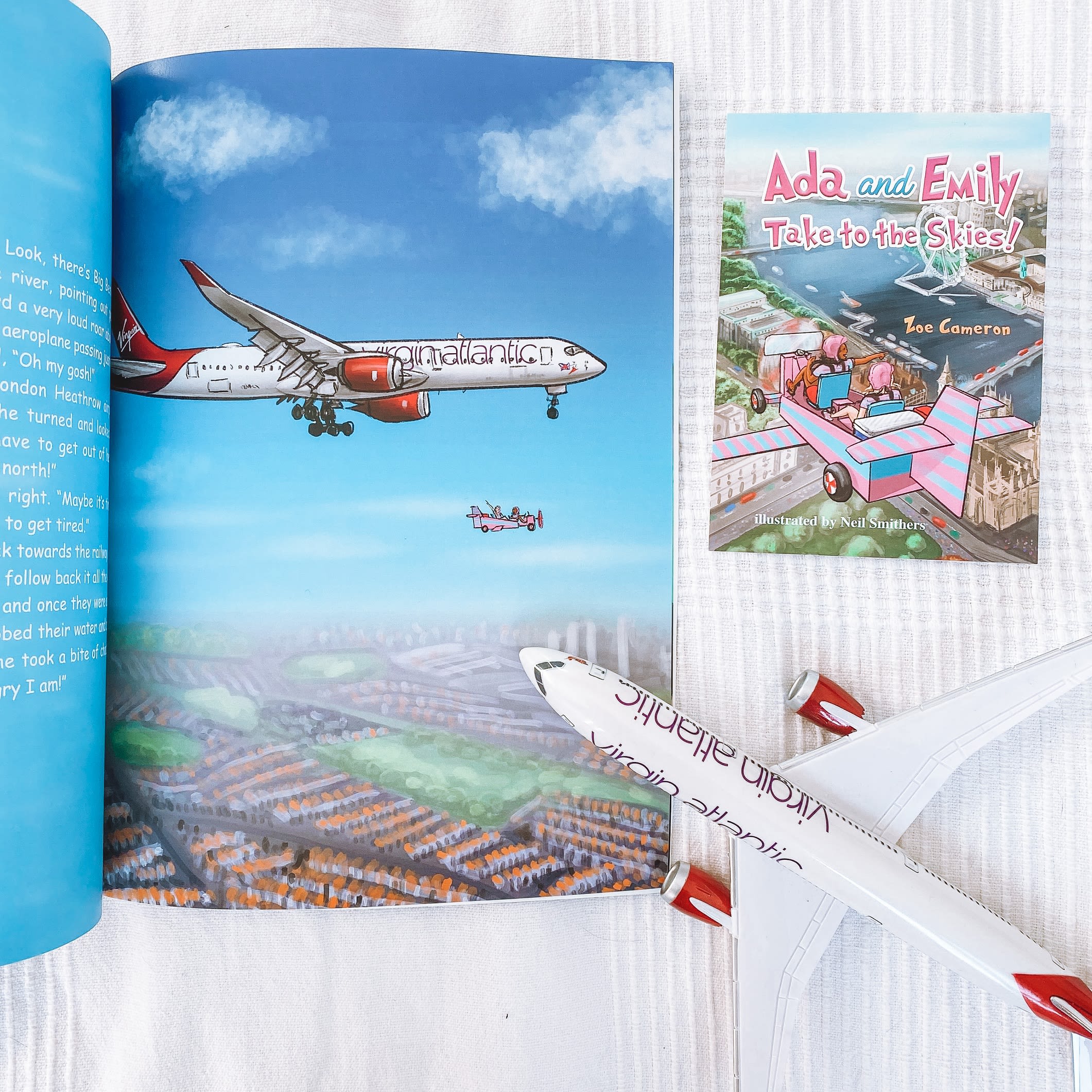 What has been your experience as a woman working in aviation?

Women still make up a minority of pilots, I get a lot of comments from customers about how it’s nice to see a woman on the flight deck because it is still fairly rare, although numbers are increasing. From my own journey I have found that the important thing is to be myself, to be professional and to work hard and I am treated by my colleagues on the flight deck just the same as anyone else. At the end of the day, the airplane doesn’t care who you are when you’re landing it on a dark and stormy night.

How did you find the time to work on the book?

I wrote the manuscript when I was on maternity leave with my son, nearly four years ago. I would write whilst he napped as a way to do something for myself in the day. I decided in March 2020 to get my book published and then the work this year with the book has really involved project managing the development of it.

First I had to find a publisher and then I found my wonderful illustrator, Neil Smithers, through a mutual friend. After this I organised how I wanted each illustration to look and approved each image and then the layout of the full book until I was happy with the result. I did the majority of this work from my hotel room downroute whilst away on trips in order to preserve time at home to spend with my son.

Will we be seeing more of Ada and Emily in the future?

Absolutely! I have already started putting a few ideas down on paper for Ada and Emily’s next adventure. There are so many exciting journeys they’re going to take in their airplane and so many interesting places for them to visit along the way.

Ada and Emily: Take to the Skies is out now (£11.99) from Austin Macauley Publishers.

Mother, Virgin Atlantic pilot, business owner - how she does it all