From 'The Jungle' to Dubai: Habib Ghazi's success story

Image from Habib Ghazi
by Virgin

When Habib Ghazi left Afghanistan in 2006 to seek asylum in the UK, he never imagined he’d be working for Virgin Mobile UAE and playing cricket in Dubai a decade later...

Some of us are better at following our dreams than others – mostly because it’s so easy to get distracted along the way. For Habib Ghazi, a merchandiser with Virgin Mobile UAE, the dream is simple: to represent his adopted country, UAE, in a national cricket tournament.

Habib has been crazy about cricket since he and his cousin Gulbadin Naib used to hop over the border from Afghanistan to Pakistan as children. Leaving behind the danger and disarray of their home town of Torkham, Habib and Gulbadin headed to the Kacha Gari refugee camp and mingled with thousands of displaced Afghans. Cricket matches were a regular feature there – many of the star players there went on to play for the Afghanistan national team – and Habib was soon hooked.

“One day, we watched a big cricket match and I completely fell in love with the sport,” remembers Habib. “I started playing and slowly, slowly, I got better.”

He trained as often as he could and, in 2006, opportunity arrived: Habib trialled for a new Afghanistan under-17 team, which was to tour Malaysia. But he was told he looked too old, and there was no way of proving his age. Even now, he’s not exactly sure how old he is.

“My aunt still insists I’m not yet 30,” he explains. “But people, when they see me, definitely think I’m older than 30 – probably because I’ve been working since I was nine years old! When you look at the Afghani national team, the players were apparently all born on January 1st, which is unlikely.

Faced with rejection by his beloved sport and the growing unrest in Afghanistan, Habib made a decision that took him on a harrowing journey via Pakistan, Iran, Turkey, Greece and Italy to Scotland, where he sought asylum. On the way, he also spent a short time at the refugee camp in Calais, France that was known as ‘The Jungle’ until its destruction in 2016. 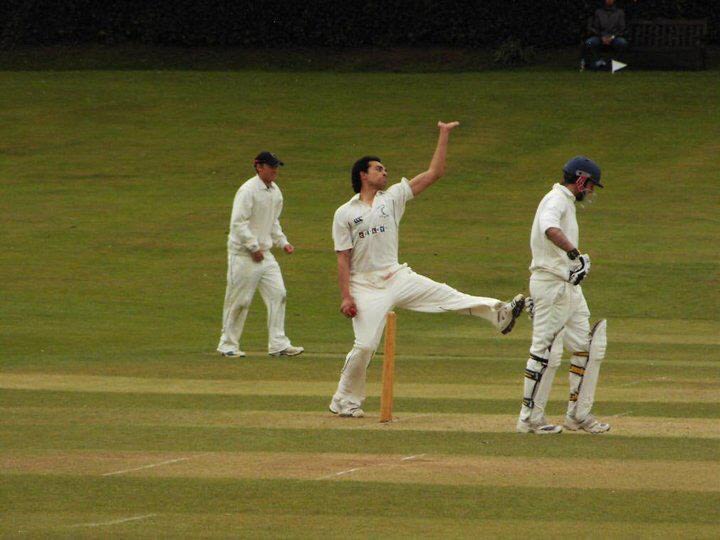 Living in Scotland left Habib with fond memories of its people, especially Glasgow, where he studied and played cricket, and Edinburgh, where he would love to live again. “I will never forget Scotland; I learned so much there,” says Habib. “The people of Glasgow made me feel so welcome, and they helped me to find cricket teams to train with.”

In 2010, Habib was on the move again, returning to Afghanistan at a time when cricket was becoming popular. He got a job across the border in Peshawar, worked hard and was able to save for a flight to Dubai to meet friends from Scotland’s national cricket team. Once there, he realised UAE could be the place where his cricket playing ambitions could be realised.

Achieving something great makes you feel so much stronger, so it’s worth persevering

Today, Habib is living and working in Dubai and playing cricket as often as he can. His job as a Virgin Mobile merchandiser gets him out and about, which he enjoys: “We meet some very interesting people, which is the best part of the job. It can be very busy, but because we also deliver some training on the mobile app, we get to spend time in the stores, too.”

He loves living in Dubai because he feels safe. “Obviously, Afghanistan is my home country and I would love to live there again, but I don’t think it will ever happen,” he says. “Afghanistan is still very dangerous and I’ve become used to living with Western culture.”

Habib’s cousin Gulbadin is now a successful all-rounder on the Afghani national team, and Habib still dreams of bowling at a national level. He came close for a second time in 2015: “My visa ran out and I had to go back to Afghanistan,” he says. “I was only supposed to be away for a week, but I ended up stuck there for three months, so I missed the UAE team trials.

“I haven’t given up yet,” says Habib. “In life, there are always ups and downs. But achieving something great makes you feel so much stronger, so it’s worth persevering. Work hard and don’t let life destroy your dreams.”