Virgin Atlantic has welcomed a new aircraft into its fleet – but you won’t get very far on it. We’re talking about a brand-new state-of-the-art cabin evacuation training rig.

Based at Virgin Atlantic’s headquarters in Crawley, West Sussex, the new training rig is where cabin crew practise their safety and emergency procedures. And we don’t just mean the instructions you see at the beginning of every flight.

Cabin crew have to go through safety training every year, going back to the rig for a few days to refresh them. But it’s more than just once a year – before each flight they’re questioned on procedures to make sure they know exactly what to do should they need to put their training into practice. All that training begins in the rig.

The Rig Hall at Virgin Atlantic’s HQ is full of kit to help cabin crew learn the skills they need to react to any emergency onboard an aircraft. There’s a giant 747 main deck slide, which every crew member is required to jump down when they first qualify as cabin crew, and another slide set up as a raft, as well as lots of other safety equipment.

In the last few months, the Rig Hall has had a revamp. “After nearly 20 years of service in training, it was time to retire the old rig and replace it with something more aligned to our fleet,” Dom Hodge, training design manager at Virgin Atlantic who has been in charge of the project, explains. “It was a mammoth task that took two years and involved working with seven different contractors. All while making sure the constant training schedule was maintained.”

The new rig is the centrepiece of the hall and stepping aboard looks and even smells just like a real aircraft. That’s not surprising as parts of it are made up of a real aircraft – the sidewalls, overhead lockers and passenger service units all came from a Boeing 787 that was stripped to be converted to a private jet.

Virgin Atlantic says that the experience of being in the rig plays tricks on your mind – you know that you’re sitting in a room in West Sussex, that the windows are just computer screens and the engine noises are coming from speakers but “the overall effect is incredibly impressive. As the aircraft pushes back and the engines start it feels unbelievably real.” 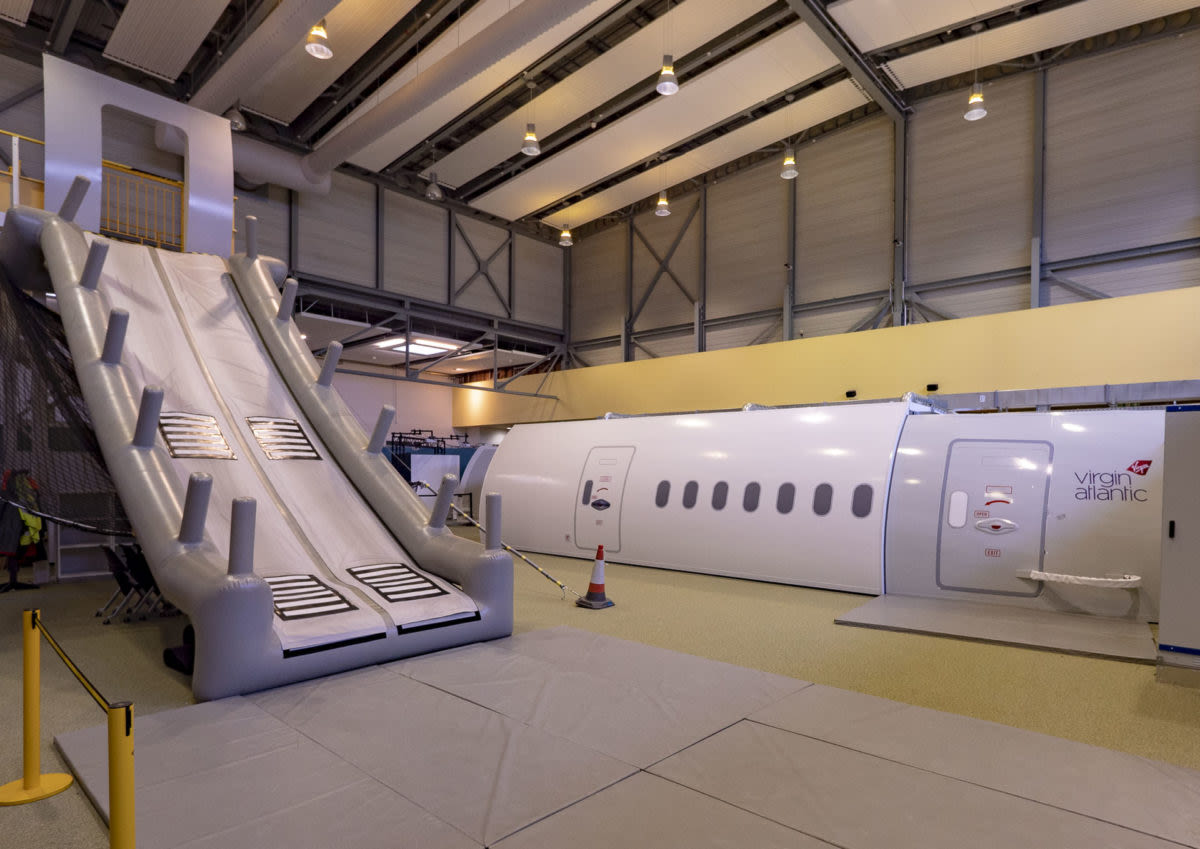 The crew will be tested on how they deal with any number of scenarios – from realistic-looking LED fires to skidding off the runway or landing in the ocean. The important thing is how the crew reads the situation and reacts to it.

“This is a fantastic investment to support a realistic learning environment for our crew,” Stella Ponsford, a training design consultant at Virgin Atlantic, says. “As the recurrent course designer, I write scenarios for the crew to experience, based on real events that have either occurred with us or another airline.

“The trainers run the scenarios, and the crew have the opportunity to work as a team to manage the outcome. This could be a situation on the ground, or in-flight. The scenarios cover a variety of events such as a decompression, an emergency landing, a fire or an iPad overheating. 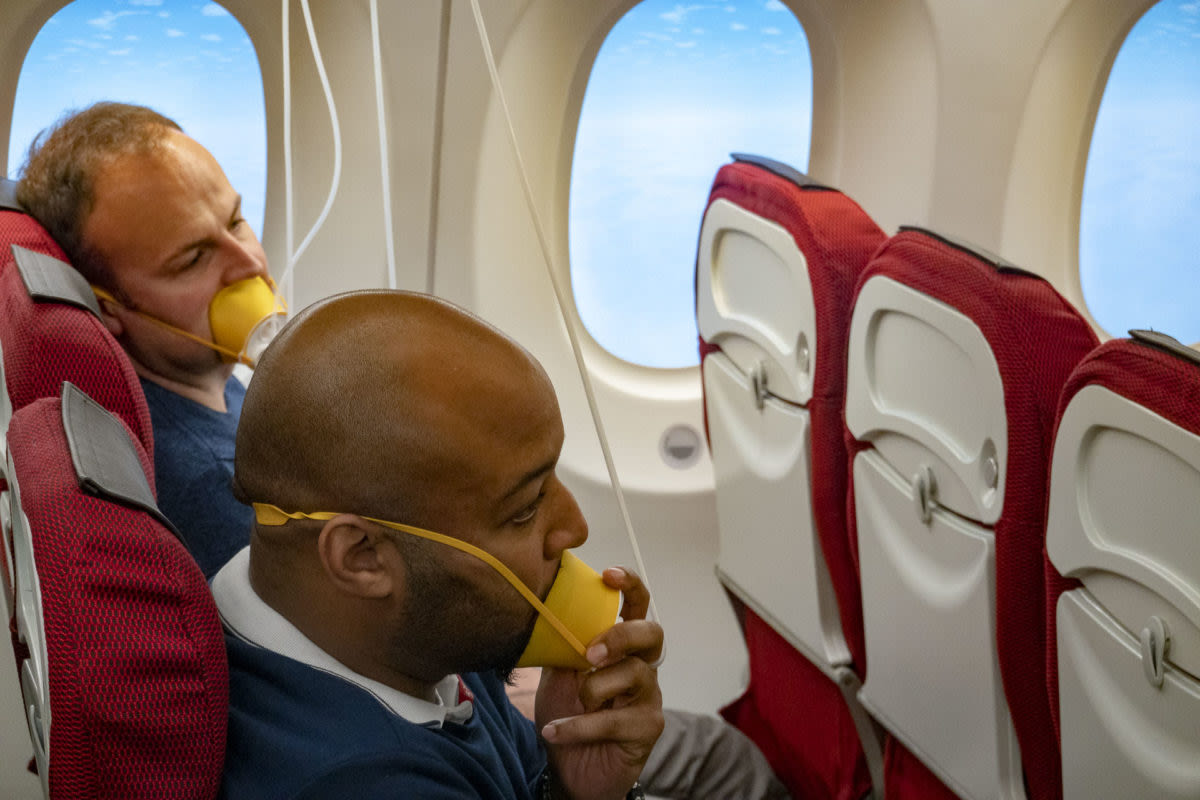 “The feedback session with the trainers following each scenario allows the crew to come to their own conclusions as to what went well and where they could improve.

“The new rig is so representative of the aircraft environment; it truly challenges the crew to think about the resources they have and their ability to communicate with each other.”

While it is unlikely that any cabin crew will face a full emergency at any point during a long career, it is still important that they are properly prepared should any situation arise. Find out more about Virgin Atlantic’s new training rig, which will help cabin crew gain the skills they need for many years to come, on the Virgin Atlantic blog.