Billy Bohan Chinique works in marketing for Virgin Voyages. We caught up with him to find out more about his experiences as an LGBTQ+ person in the workplace and why Pride is important to him.

What is your experience of being an LGBTQ+ person working for Virgin?

I can't say enough positive things about the environment I work in. I think being gay is something that, anytime you start a new job you never know how the corporate culture is going to be. Every company takes things a little differently. There's a lot of focus on diversity and inclusion in today's world and that's great, but in past roles I sometimes found that to be at a very surface level. Thankfully I've worked at some large tech companies who do have a really strong focus on diversity and inclusion. But that's not the case for everyone.

At Virgin though, it is ingrained into the DNA of everything that we do – making sure people feel welcome and that you get to essentially lean into the parts of who you are that make you better at doing the things that you're responsible for doing. And I can say that's true for me.

I also think it sets everyone else up to be the best person that they can be at work. Even if they're not that person yet. So they feel more comfortable to try things or participate in conversations. Or even just throw their name into the hat for a project that wouldn't necessarily be part of their remit but if it's something that they feel passionate about and it's part of their lifestyle then they go for it because they know that the company will embrace them doing it. I think that's one of the best parts of working at Virgin Voyages.

And this inclusion isn't just about employees, it extends to our customers too. Every Virgin brand is a little different but I think the fact that we have this cruise brand that is the one that has the longest touch point with any customer in the Virgin Family – you're sailing with us for five, seven, 14 days – this brand is ultra inclusive and it's not just about being gay. It's about being who you are. You don't have to fit into a gay or lesbian box. You just have to be who you are and we will welcome you.

How does that compare to other places that you have worked? Have you had negative experiences?

It's not one particular experience or one particular employer but, being gay, my particular version of myself in that role is that I'm quite outspoken, I'm very loud and I like to show my passion for things. And sometimes that can be interpreted as being brash or abrasive. I think when people are first starting out in the corporate world they tend to lean into saying, 'Look how great I am, look at all the things I can do.' But they very rarely sit back and listen to the feedback they get about that version of themselves.

I think I definitely violated that principle for many years. But I had some really great mentors along the way that said, 'Look, it's very clear that everybody loves working with you, that you're the type of team member that people will rely on and they know you'll get the job done. But how you get it done is just as important.'

So, for me growing up professionally, I tried to temper the various dimensions of what I bring to the table so that when I speak it has power so I don't have to have a voice in every conservation. When I come with a solution to the table my solution is taken seriously because I always try to deliver, even if it's not a success. Even if I fail, I admit it and then I tell them what we're going to do differently the next time so that we learn from our mistakes.

So I think these are all parts of me being an LGBTQ+ person, putting up with general adversity in the world, knowing when you should lean in and be an advocate and have a loud voice and say something. Or when you should listen and hear what somebody else has to say because screaming your opinion at somebody doesn't always necessarily get you the best solution on the other side. 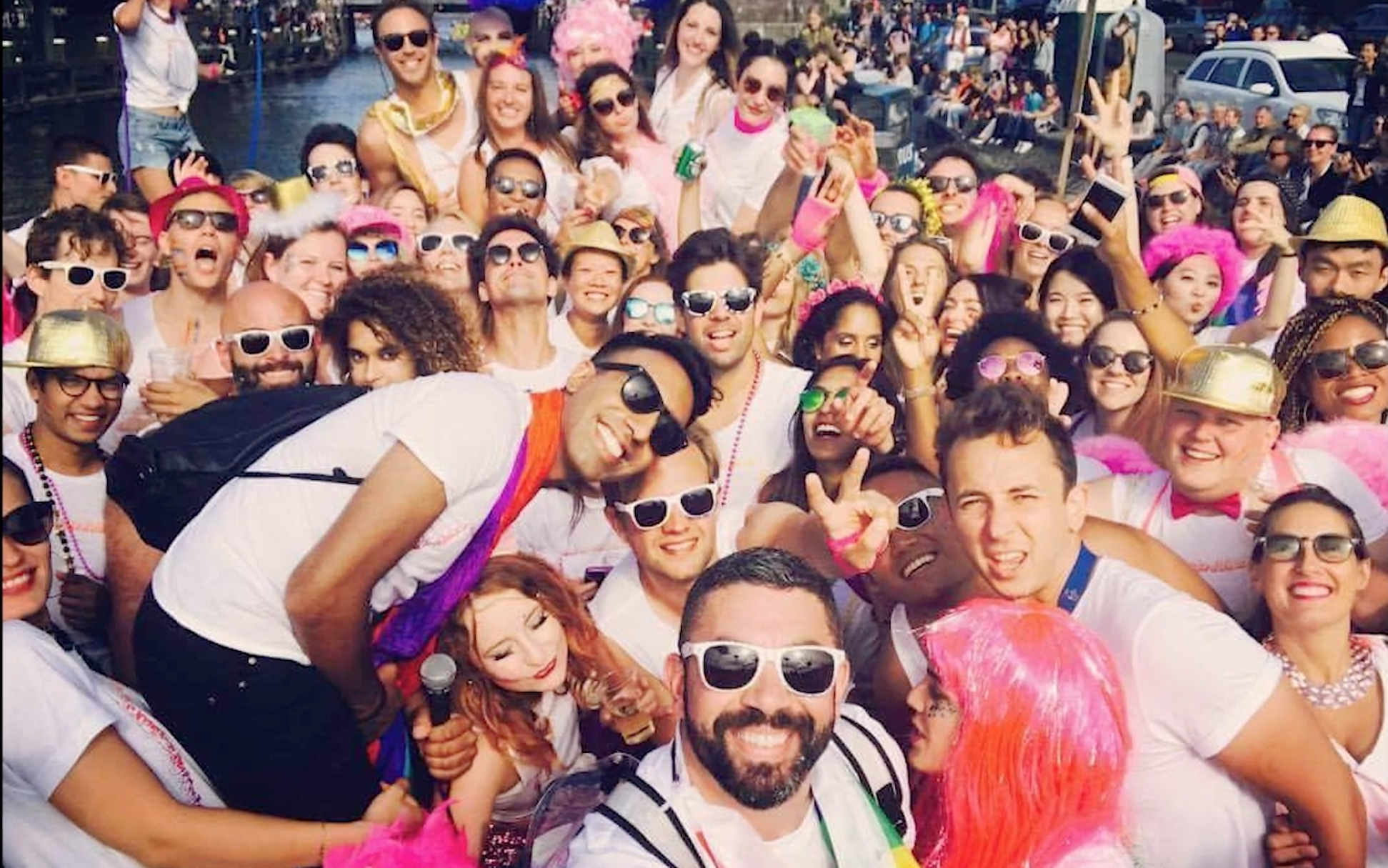 Although Pride season has looked a lot different this year, did you still manage to celebrate?

I did! It was a really stark contrast to last year. Last year we were in New York City for World Pride, celebrating with Richard Branson. It was crazy, it was so fun!

This year, we were really sad because we didn't know where we were going to be because Florida is the new epicentre of cases of COVID-19 in the USA. We have to be really careful and strict with the safety protocols that we're doing.

But I have this close group of about 10 guys, who we spend Pride with every year. They were with us in New York last year too. And it was really sad because I had been travelling on and off for the past 12 months and I didn't get to see them a lot. I had that final trip where we were picking up Scarlet Lady from Europe and bringing her across the Atlantic. And I was gone for almost a month and then as soon as we got back to America the lockdown started. So I hadn't seen them. We also all live all spread out across the US.

So June came around and my husband's birthday is at the beginning of June and we were getting together to have a small gathering for his birthday. We'd just got the first level of restrictions lifted. And then, we had this idea to get together and go to one of the theme parks in Orlando because they had just opened Universal Studios. We could keep it super small, make it a celebration just about us. It was just about celebrating Pride for us.

It's developed over the years. When I was in my early 20's, it was important for me to feel like I was advocating because I was very clearly doing the other part. I was taking the benefit from all of these years of turmoil and hardship that a lot of people had gone through to allow me to be as free as a gay man as I am.

My husband and I got engaged during the time the Supreme Court of the United States lifted the ban on gay marriage. We were on a trip to Greece and we got engaged around three days before they lifted the ban. And then in 2014, we got married in New York City and that was the same year that they lifted the Defense of Marriage Act. We had these life milestones that were falling in line with significant LGBTQ+ milestones.

So early in life, I was like, 'Yes! Pride! I'm out here partying, living my best life, showing my voice.' Now, I'm more about making sure that Pride isn't just about gay people and scandalous clothing on floats, it's about showing up and being an advocate. So if you're not gay, you still should go to Pride. You should still be there to say, 'I support you. I'm here to be a voice when somebody isn't as educated as they should. Or, 'I'm there to support businesses that have gay owners or support the gay community.'