Virgin Voyages is officially open for business and you can book your voyage with them now.

Offering a cheeky, cheerful approach to service, Virgin Voyages has a new approach to sea travel that removes pesky add-ons. Sailors will enjoy free food at more than 20 eateries onboard, free group fitness classes, no gratuities or service charges, free WiFi and free basic beverages including soda, teas and drip coffee, as well as still and sparkling water.

“At Virgin Voyages we are going beyond just great design, to defy and redefine luxury to be rebellious luxe,” said Tom McAlpin, president and CEO for Virgin Voyages. “This new luxury is about knowing you are taken care of, that you’re never being nickel and dimed, and what you want – even some of the things you didn’t know you wanted – are already taken care of for you.”

Virgin Voyages has also revealed that all voyages will feature The Beach Club, a Virgin Voyages experience in Bimini, Bahamas. Sailors will get the chance to feel the sand between their toes in a stylish with programming to rival the best beach clubs in Ibiza and Saint-Tropez. 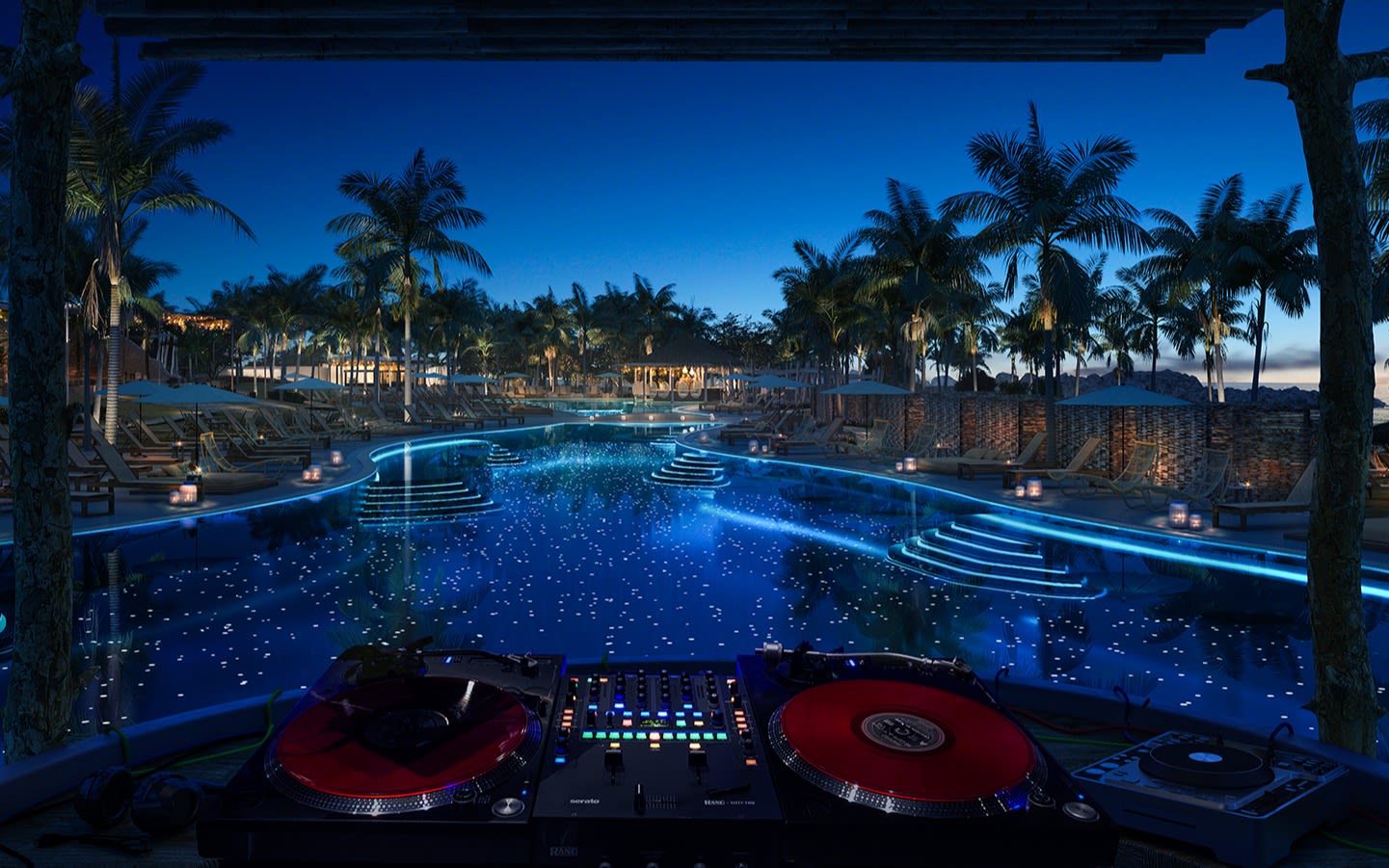 There will be moments of retox and detox throughout the day, with yoga and meditation in the mornings. By the afternoon, DJ-led pool and flotilla parties will be the centre of the action, before the night winds down with a beach bonfire and acoustic musical performances.

Music has always been at the heart of the Virgin brand – and Virgin Voyages is no different. The soundtrack to the Bimini experiences will be curated with help from The Beach Club’s founding DJ, Grammy-winning artist and producer Mark Ronson. He will be among the first to take to the turntables at The Beach Club, and already has four performances lined up for 2020, with specific dates to be announced soon.

Back onboard Scarlet Lady, Sailors will have the opportunity to choose from a festival-like line-up of all-new, completely original entertainment developed by some of the world’s most talked about producers, directors and artists. Virgin Voyages is working with innovators that include Randy Weiner, Sam Pinkleton, Ani Taj, PigPen Theatre Company, The 7 Fingers, Roslyn Hart, and Alfredo Guenzani.

Entertainment onboard will be made up of bespoke intimate and authentic events and gigs created exclusively for Virgin Voyages, aiming to give Sailors an alternative perspective on the world. From modern takes on classic stories, to interactive dance parties and off-the wall participatory acts, the experiences will break down the fourth wall and push the boundaries of traditional stage performances. These won’t be shows to just sit and watch – Sailors may be invited to participate with the cast or become immersed in the world of the performance.

To accommodate its variety of entertainment opportunities, Virgin Voyages has created the first transformational multi-form theatre at sea, The Red Room. It will have four different configurations – a traditional Proscenium stage, an alley stage used in fashion shows, a dance flat-floor configuration, and finally a unique reverse stage setup.