In a picture-perfect mission, Virgin Orbit’s carrier aircraft Cosmic Girl, a customised 747, took off from Mojave Air and Space Port and flew out to a launch site over the Pacific Ocean, about 50 miles south of the Channel Islands. After a smooth release from the aircraft, the two-stage rocket ignited and powered itself to orbit. At the conclusion of the flight, the LauncherOne rocket deployed nine CubeSats into the team’s precise target orbit, marking a major step forward for Virgin Orbit in its quest to bust down the barriers preventing affordable and responsive access to space.

The payloads onboard LauncherOne were selected by NASA LSP as part of the agency’s CubeSat Launch Initiative. Nearly all of the CubeSat missions were designed, built and tested by universities across the US, including Brigham Young University (PICS), the University of Michigan (MiTEE), and the University of Louisiana at Lafayette (CAPE-3).

This flight also marks a historical first: no other orbital class, air-launched, liquid-fueled rocket had successfully reached space before today.

Today's sequence of events for #LaunchDemo2 went exactly to plan, from safe execution of our ground ops all the way through successful full duration burns on both engines. To say we're thrilled would be a massive understatement, but 240 characters couldn't do it justice anyway. pic.twitter.com/ZKpoi7hkGN

“A new gateway to space has just sprung open!” said Virgin Orbit CEO Dan Hart. “That LauncherOne was able to successfully reach orbit today is a testament to this team’s talent, precision, drive, and ingenuity. Even in the face of a global pandemic, we've maintained a laser focus on fully demonstrating every element of this revolutionary launch system. That effort paid off today with a beautifully executed mission, and we couldn’t be happier.”

Virgin Group founder Richard Branson commented: “Virgin Orbit has achieved something many thought impossible. It was so inspiring to see our specially adapted Virgin Atlantic 747, Cosmic Girl, send the LauncherOne rocket soaring into orbit. This magnificent flight is the culmination of many years of hard work and will also unleash a whole new generation of innovators on the path to orbit. I can’t wait to see the incredible missions Dan and the team will launch to change the world for good.”

Virgin Orbit flew in honour of Eve Branson, matriarch of the Branson family and one of the company’s most ardent supporters, who passed away earlier this month. The team wrote “For Eve” onto the nose cone of the rocket - her name is flying among the stars.

Virgin Orbit’s novel launch system uses a technique called air launch, in which a rocket is launched from under the wing of a jet aircraft, rather than from a traditional launch pad on the ground. In addition to improving the payload capacity of the rocket, this technique allows the LauncherOne system to be the world’s most flexible and responsive launch service - flying on short notice and from a wide variety of locations to access any orbit.

With this successful demonstration in the books, Virgin Orbit will officially transition into commercial service for its next mission. Virgin Orbit has subsequent launches booked by customers ranging from the US Space Force and the UK’s Royal Air Force to commercial customers like Swarm Technologies, Italy’s SITAEL, and Denmark’s GomSpace. 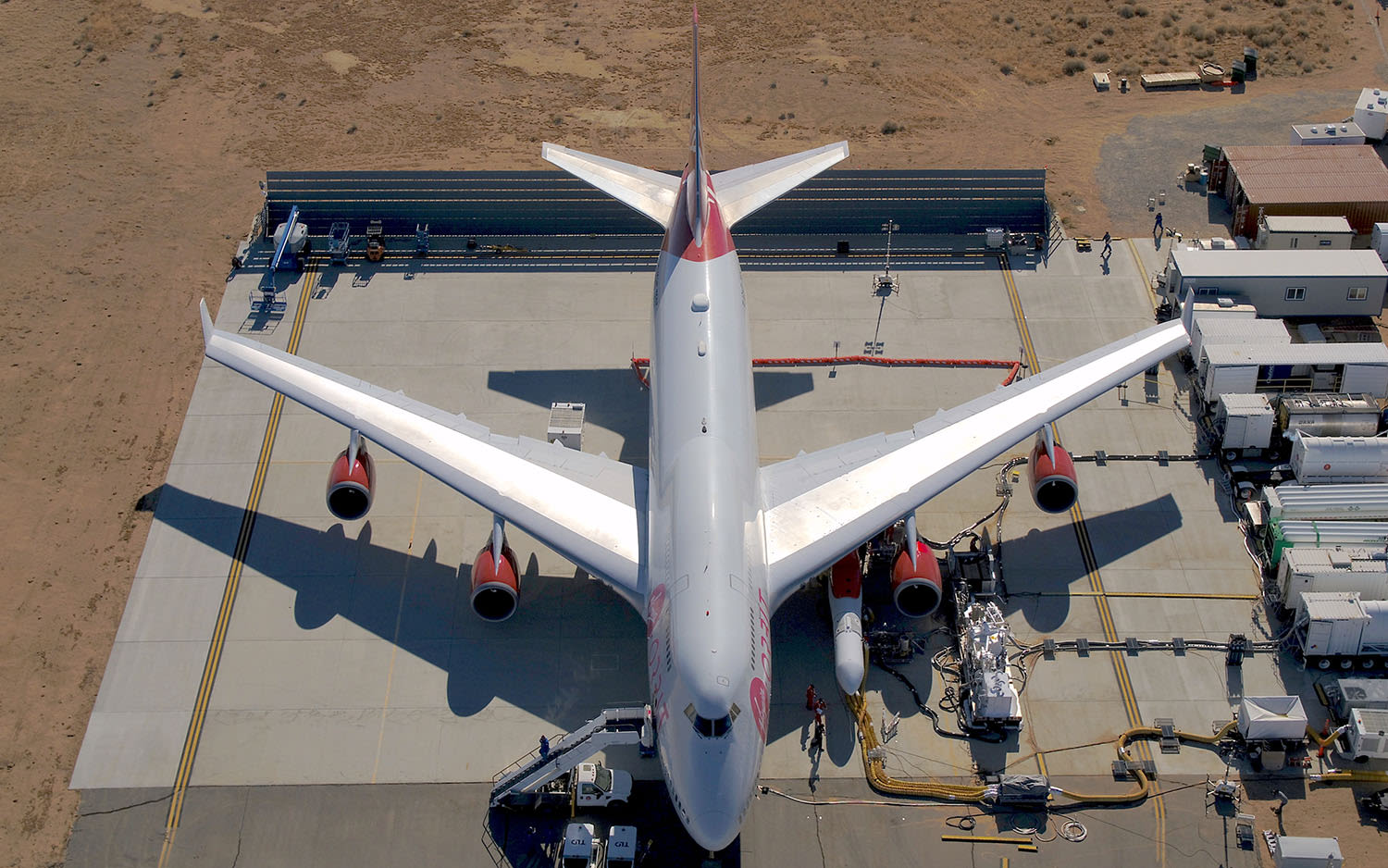 The company’s next few rockets are already well into integration at its Long Beach manufacturing facility. Head over to Virgin Orbit to find out more.