Located adjacent to the Phoenix-Mesa Gateway Airport, the facility will be capable of producing up to six spaceships per year, and will bring hundreds of highly skilled aerospace engineering and manufacturing jobs to the area.

The Delta class spaceship is Virgin Galactic’s production vehicle that is designed to fly weekly, supporting the Company’s target of 400 flights per year from Spaceport America. Based on current schedules, the first of these spaceships is expected to commence revenue-generation payload flights in late 2025, progressing to astronaut flights in 2026. 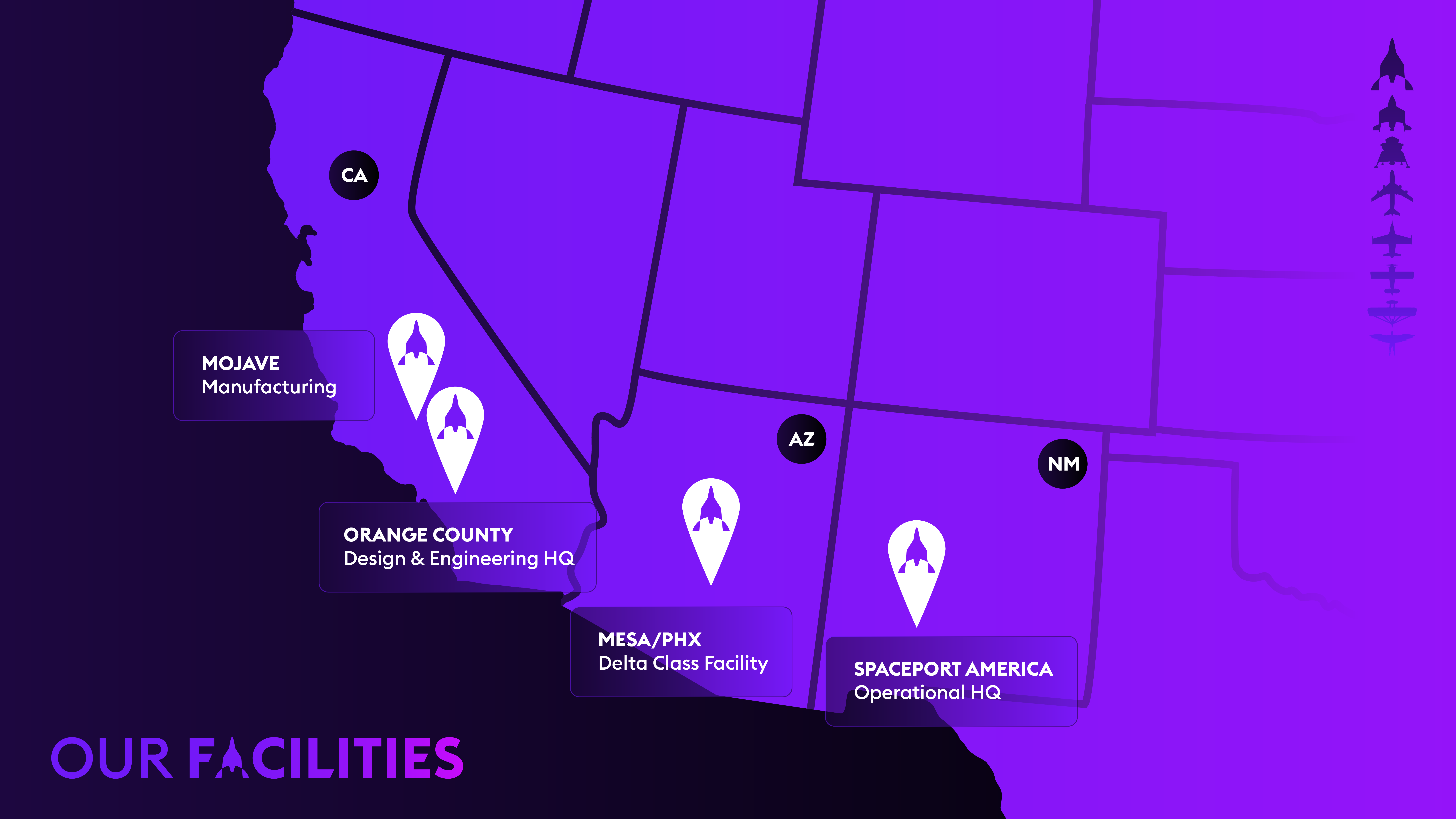 Virgin Galactic is currently selecting various suppliers to build the spaceship’s major subassemblies, which will be delivered to the new Mesa facility for final assembly. Virgin Galactic motherships will then ferry completed spaceships to Spaceport America, New Mexico for flight test and commercial operation.

“Our spaceship final assembly factory is key to accelerating the production of our Delta fleet, enabling a rapid increase in flight capacity that will drive our revenue growth,” said Virgin Galactic CEO Michael Colglazier. “We’re thrilled to expand into the greater Phoenix area which is home to outstanding aerospace talent – and we look forward to growing our team and fleet at our new facility.”

The new facility is already being built, and is expected to be fully operational by late 2023. Final assembly manufacturing processes at the facility will be underpinned by a digital twin architecture that enables seamless integration between Virgin Galactic and suppliers for real-time collaboration, strong governance, and an increase in production efficiency and reliability.

Swami Iyer, Virgin Galactic’s president of aerospace systems, said: “Arizona is a growing innovation hub, geographically situated between our existing operations in Southern California and New Mexico. This will allow us to accelerate progress from conceptual design to production to final assembly at scale as we capitalise on the many advantages Mesa and the greater Phoenix area offer.”

Virgin Galactic recently announced it is partnering with Aurora Flight Sciences, a Boeing company, to design and manufacture its next-generation motherships.

What's it like to fly to space with Virgin Galactic?

Shooting for the stars: The story of Lexy Snell at Virgin Galactic