Valiant Lady to make her grand entrance on The Bachelorette

Bachelor Nation, it’s time to go. The latest season of ABC’s The Bachelorette is hitting the high seas on one epic journey to find love.

Bachelorettes Rachel Recchia and Gabby Windey will set sail with Virgin Voyages for the 19th season of the cult TV show. Filmed aboard Valiant Lady, the new episodes will feature romantic and adventurous dates, with Virgin Voyages’ ship and some of the Mediterranean’s most beautiful locations as a backdrop. This episode of The Bachelorette is scheduled to air Monday 1 August 8/7c on ABC.

Virgin Voyages knows a thing or two about making a good first impression – it’s already won best ship awards from Travel + Leisure, Cruise Critic and Conde Nast Traveller. Valiant Lady, the second ship in the fleet, proves she’s here for all the right reasons, ready to take Rachel and Gabby on the adventure of a lifetime. After supporting each other through a devastating dual breakup in the season 26 finale of The Bachelor, these fan favourites are standing by each other’s side again.

Valiant Lady is taking the men and the Bachelorettes away for an incredible jaunt around the Med. From thought conversations over cocktails at On the Rocks to one-on-ones at Pink Agave, Valiant Lady is the perfect setting – and it’s sure to stun Bachelor Nation.

Like the rockstars they are, Gabby and Rachel stayed in the two on-board Massive Suites. Designed by Tom Dixon, these suites feature a huge outdoor deck perfect for morning sun salutations, loungers for stargazing, a hot tub, cosy rockstar robes and peek-a-view-showers with iridescent windows that look out onto the sea. There’s a glam station and a vinyl turntable to spin the Spice Girls or JLo while getting ready for a night on the ship.

The Manor – Valiant Lady’s onboard nightclub – makes a special appearance during one of the season’s most competitive dates, while Redemption Spa’s relaxing thermal suite and mud room doubles as a merman hideaway and hangout for the guys. When not on dates, the men have their run of Valiant Lady, enjoying the outdoor daybeds of the Dock, playing air hockey at The Social Club and kicking back at the Loose Cannon – a bar reminiscent of British seaside pubs and the likeliest place for an impromptu sea shanty.

“Rachel and Gabby couldn’t have a better wing woman than Valiant Lady, and we're thrilled to play a role in their journey to find the one,” said Virgin Voyages’ President Nirmal Saverimuttu. “The Bachelorette has never been filmed on a luxury ocean cruise line before, and I think fans will be intrigued and realise that the incredible experience we offer on-board extends beyond the show. They too can embark on a luxurious and relaxing couples’ getaway, or guys’ or girls’ trip and have an amazing time setting sail the Virgin way.”

Virgin Voyages has taken the cruising industry by storm with its exclusively-adult cruising experience. Scarlet Lady sails out of Miami, offering four- and five-night trips through gorgeous Caribbean waters with each itinerary including a day at Bimini, Bahamas where Virgin Voyages has an exclusive beach club. Valiant Lady departs from Barcelona on a series of seven-night voyages to incredible coastal destinations in Spain, France and Italy, each with an overnight stay in Ibiza. Virgin Voyages’ next ship, Resilient Lady, will make her debut in Athens next May and Brilliant Lady’s itineraries will be announced soon. 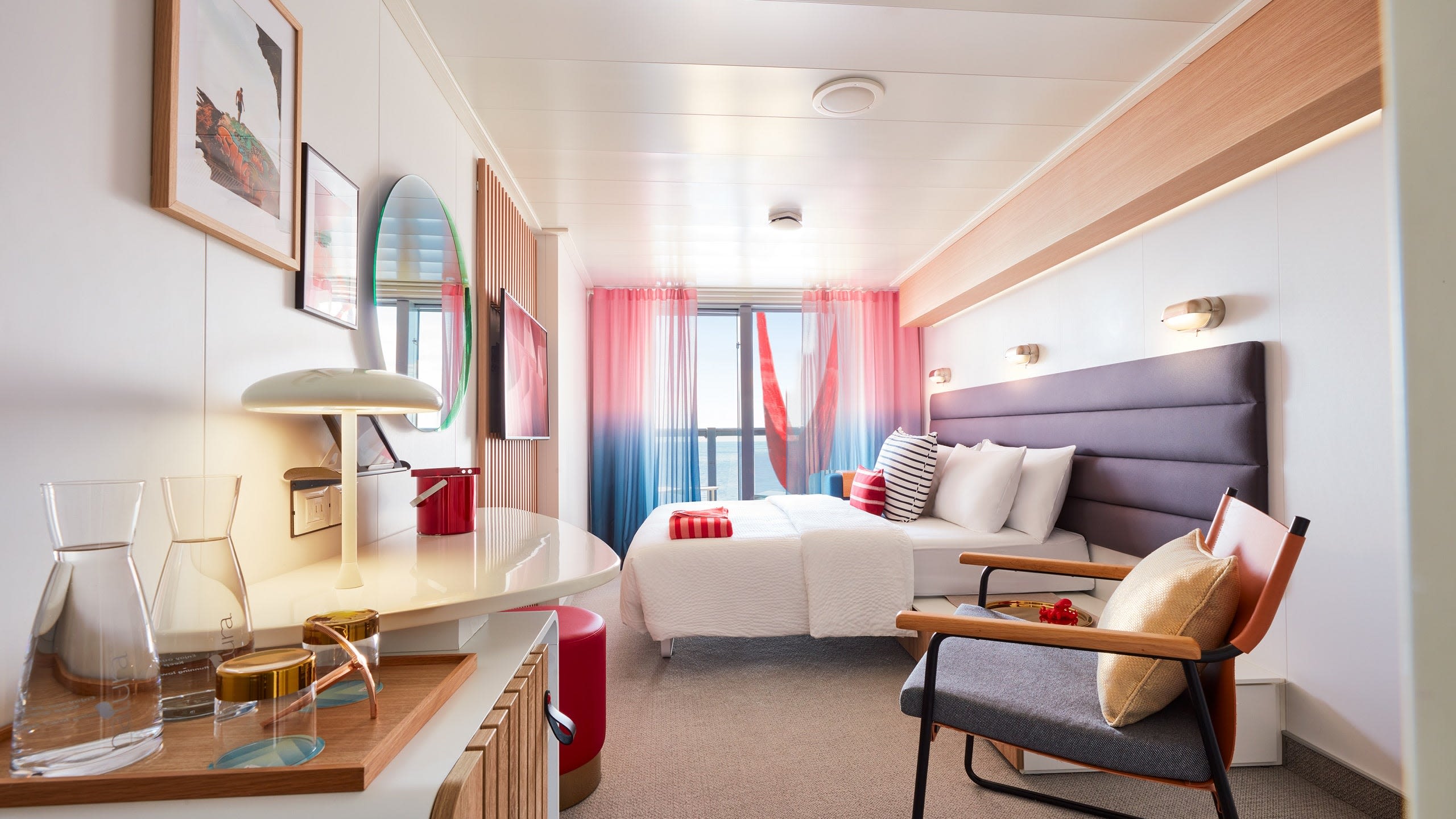 So, Bachelor Nation, can Virgin Voyages steal you away? A trip of a lifetime awaits, and Virgin Voyages wants to be the one for you. Plus if you book between 1 and 31 August 2022, Virgin Voyages is offering buy one Sailor and get 50% off the voyage fare for a second Sailor.

Want to know more? Visit Virgin Voyages and say yes to the journey of a lifetime.