Together 400 miles apart thanks to Virgin Media

Virgin Media has been bringing friends and loved ones closer together with the world’s first hologram dining experience in London and Edinburgh.

Powered by the broadband provider’s gigabit connection, diners can catch up in real-time over a slice of pizza at the Two Hearts Pizzeria, despite being 400 miles apart. 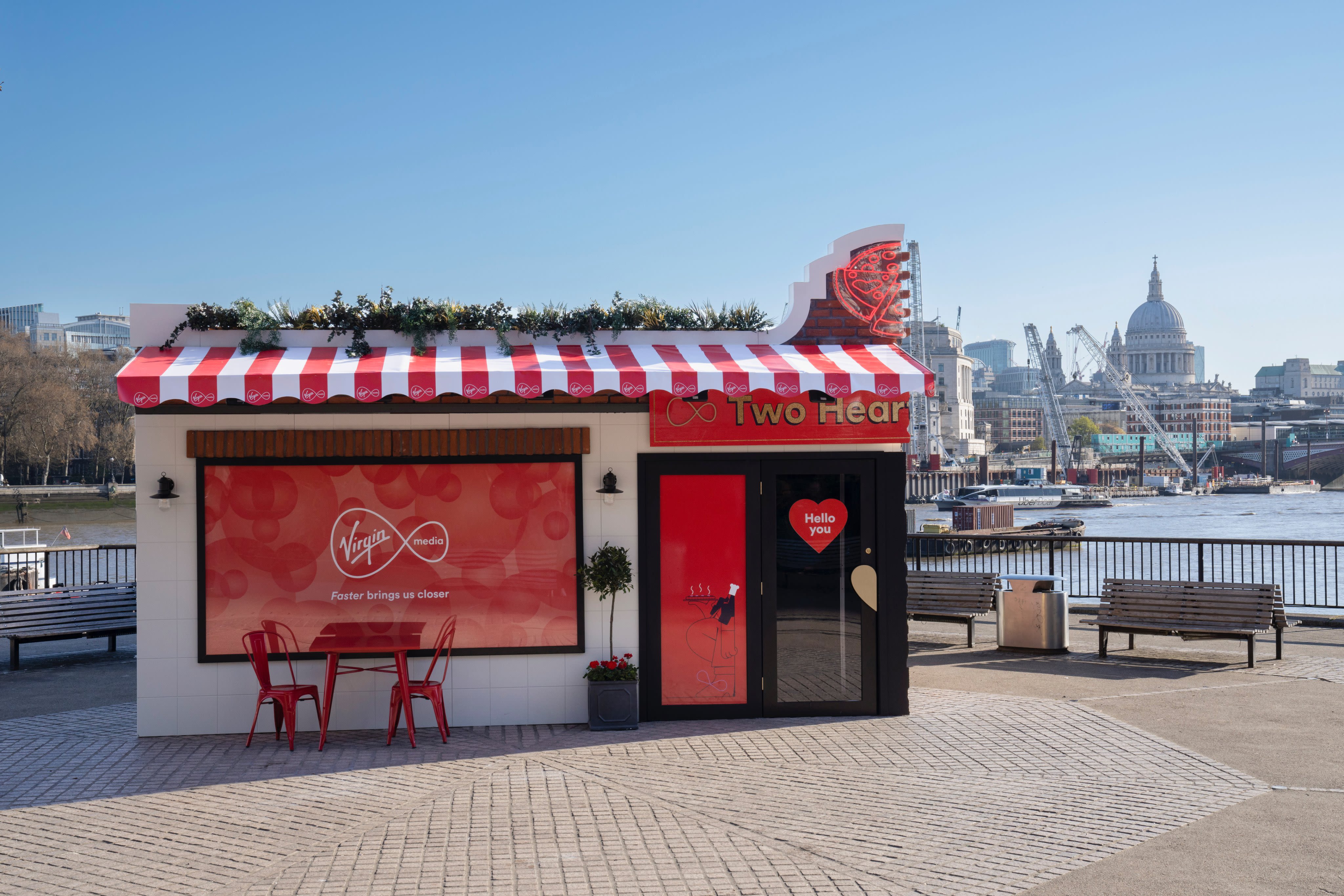 The pioneering technology means that life-size 4K holograms are projected into the two restaurants (one located on London’s Southbank and the other on Castle Street in the Scottish capital). Loved ones separated by the pandemic can see, hear and interact with each other as though they were sitting together at the same table, without having to stare at a screen.

This comes as research from the broadband provider reveals half of British people are ‘bored’ of video calls with 63% saying they don’t give them the level of interaction they need and want. With many friends and family still unable to meet in person, 31% of the British public would prefer to keep in touch via hologram as it would help them feel closer and more connected. More than a third even suggest hologram calls could help keep the romance alive for those maintaining long-distance relationships. 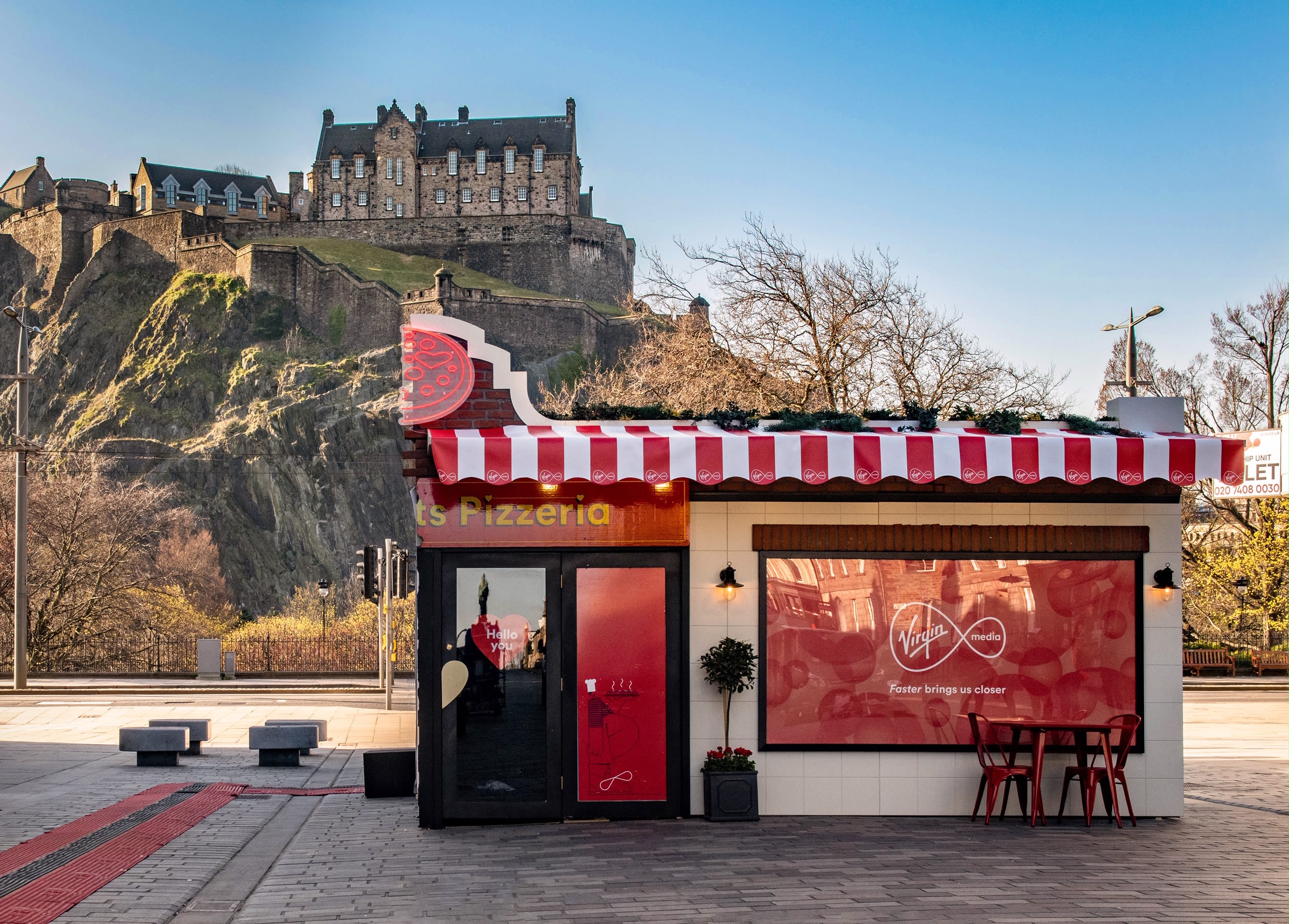 And it seems the Two Hearts Pizzeria offers a glimpse of the not-so-distant future. Futurologist and tech forecaster, Dr James Bellini, has predicted that hologram technology will become commonplace in homes by 2030: “Advancements in technology and lightning-speed broadband mean that pioneering forms of connectivity, such as holograms, are now viable options for when we want to feel closer to those we’re not physically able to be with. With technology moving as quickly as it is now, it wouldn’t be strange for holograms to be commonplace in UK households by the turn of the decade.”