Think Again: How to rethink your life

The beginning of a year is often a time when thoughts turn to fresh starts and to doing something new. Adam Grant’s new book, Think Again, addresses the critical art of rethinking and how you can question your opinions to position yourself for excellence at work, and for greater wisdom in life.

Adam Grant is an organisational psychologist at The Wharton School and a number one bestselling author. His book Originals was Richard Branson’s pick for his book club with Literati in December.

His new book will help you to think differently and question why you believe certain things. We’ve got an extract from Think Again, where Adam talks about checkups and why it’s useful to take time out to think about what you want in life. 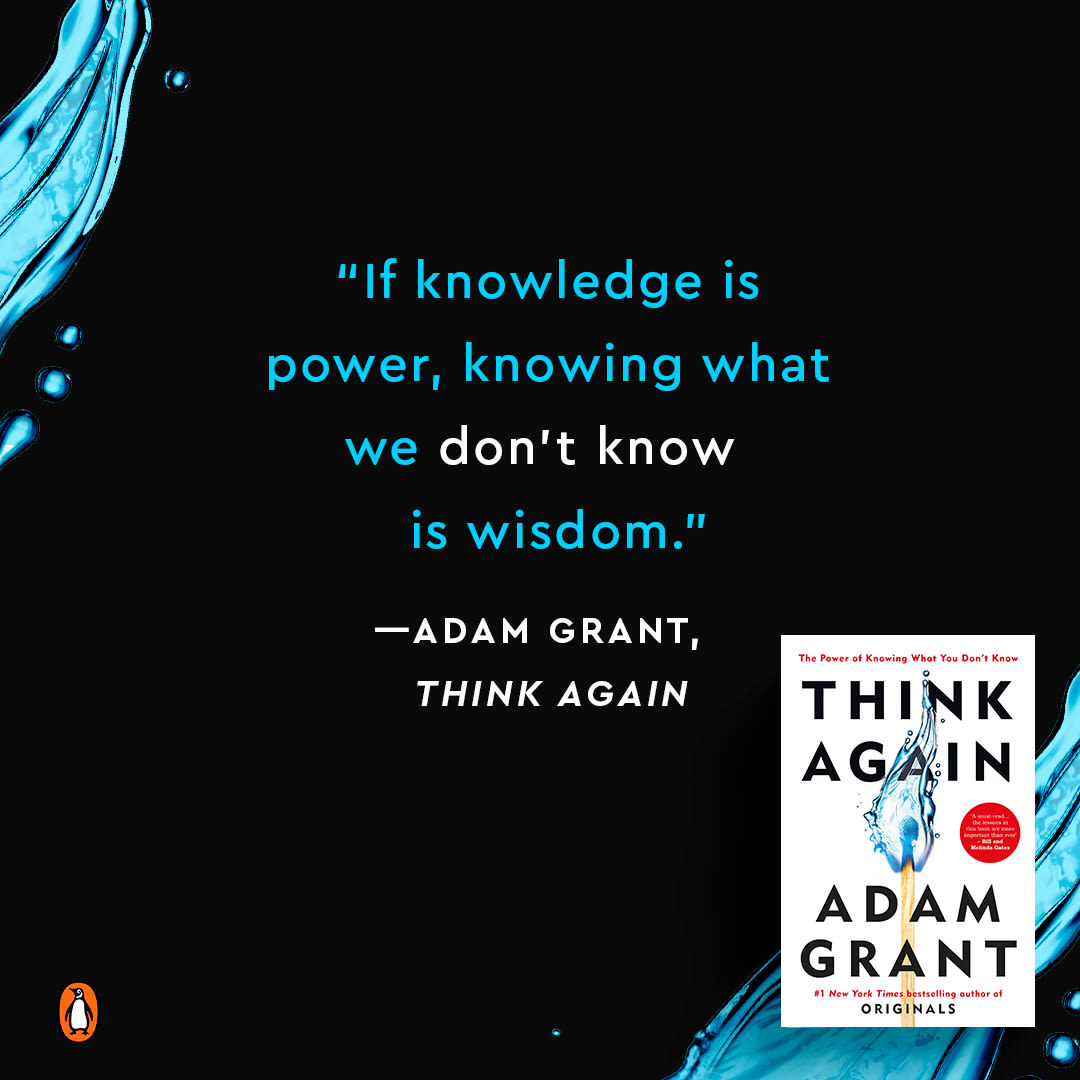 Time for a checkup

Deciding to leave a current career path is often easier than identifying a new one. My favourite framework for navigating that challenge comes from a management professor, Herminia Ibarra. She finds that as people consider career choices and transitions, it helps to think like scientists. A first step is to entertain possible selves: identify some people you admire within or outside your field, and observe what they actually do at work day by day. A second step is to develop hypotheses about how these paths might align with your own interests, skills, and values. A third step is to test out the different identities by running experiments: do informational interviews, job shadowing, and sample projects to get a taste of the work. The goal is not to confirm a particular plan but to expand your repertoire of possible selves – which keeps you open to rethinking.

Checkups aren’t limited to careers – they’re relevant to the plans we make in every domain of our lives. A few years ago, a former student called for romantic advice. Caveat: I’m not that kind of psychologist. He’d been dating a woman for just over a year, and although it was the most fulfilling relationship he’d ever had, he was still questioning whether it was the right match. He had always imagined himself marrying a woman who was ambitious in her career or passionate about improving the world, and his girlfriend seemed less driven and more relaxed in her approach to life.

It was an ideal time for a checkup. I asked him how old he was when he formed that vision of a partner and how much he’d changed since then. He said he’d held it since he was a teenager and had never paused to rethink it. As we talked, he started to realise that if he and his girlfriend were happy together, ambition and passion might not be as important to him in a partner as they had been in the past. He came to understand that he was inspired by women who were highly motivated to succeed and serve because that was who he wanted to be. 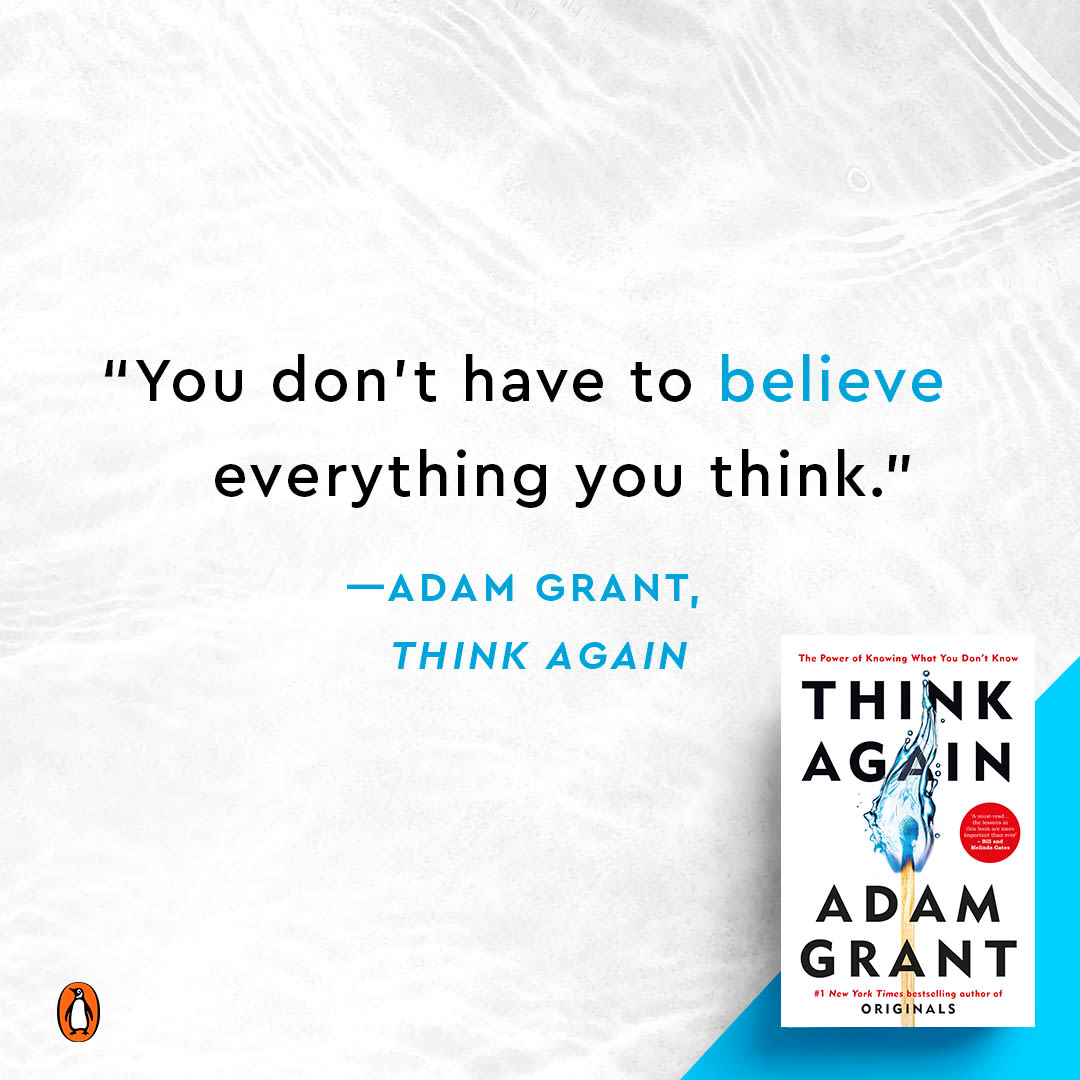 Two and a half years later, he reached out with an update. He had decided to let go of his preconceived image of who his partner should be:

“I decided to open up and talk to her about how she’s different from the person I’d imagined being with. Surprisingly, she told me the same thing! I wasn’t who she imagined she’d end up with either – she expected to end up with a guy who was more of a creative, someone who was more gregarious. We accepted it and moved on. I’m thrilled to have left my old ideas behind to make space for the full her and everything our relationship could bring.”

Just before the pandemic, he proposed to her, and they’re now engaged. A successful relationship requires regular rethinking. Sometimes being considerate means reconsidering something as simple as our habits. Learning not to be fashionably late to everything. Retiring that wardrobe of ratty conference T-shirts. Rolling over to snore in the other direction. At other times being supportive means opening our minds to bigger life changes – moving to a different country, a different community, or a different job to support our partner’s priorities. In my student’s case, it meant rethinking who his fiancée would be, but also staying open to who she might become. She eventually switched jobs and became passionate about both her work and a personal cause of fighting educational inequity. When we’re willing to update our ideas of who our partners are, it can give them freedom to evolve and our relationships room to grow.

Whether we do checkups with our partners, our parents, or our mentors, it’s worth pausing once or twice a year to reflect on how our aspirations have changed. As we identify past images of our lives that are no longer relevant to our future, we can start to rethink our plans. That can set us up for happiness – as long as we’re not too fixated on finding it.

Think Again by Adam Grant, published by WH Allen, is out today. Find out more.

Tiny Habits: How to make resolutions that will last

The Extra Hour: Reclaim time to do the things you love