A Royal Air Force pilot will be seconded to Virgin Orbit as part of an exciting new space partnership between the two organisations.

Currently a pilot with one of the RAF’s test and evaluation squadrons, Stanny will join the pioneering Virgin Orbit programme to learn more about the satellite launcher. Virgin Orbit has developed a new small satellite launch vehicle called LauncherOne, which is released from a modified Boeing 747-400 called Cosmic Girl.

Air Vice-Marshal Rochelle, the RAF air capability chief of staff, said: “It’s great news that the RAF can now confirm the secondment of Flight Lieutenant Stannard to the Virgin Orbit team. This move comes through our close collaboration and formal partnership with Virgin Orbit within Team ARTEMIS. Having one of our Test Pilots working at the heart of such a cutting-edge program is a significant step in the RAF’s space journey. It also reinforces the close relationship we have with industry and with the US, we expect this to further enable UK satellite launch capabilities.” 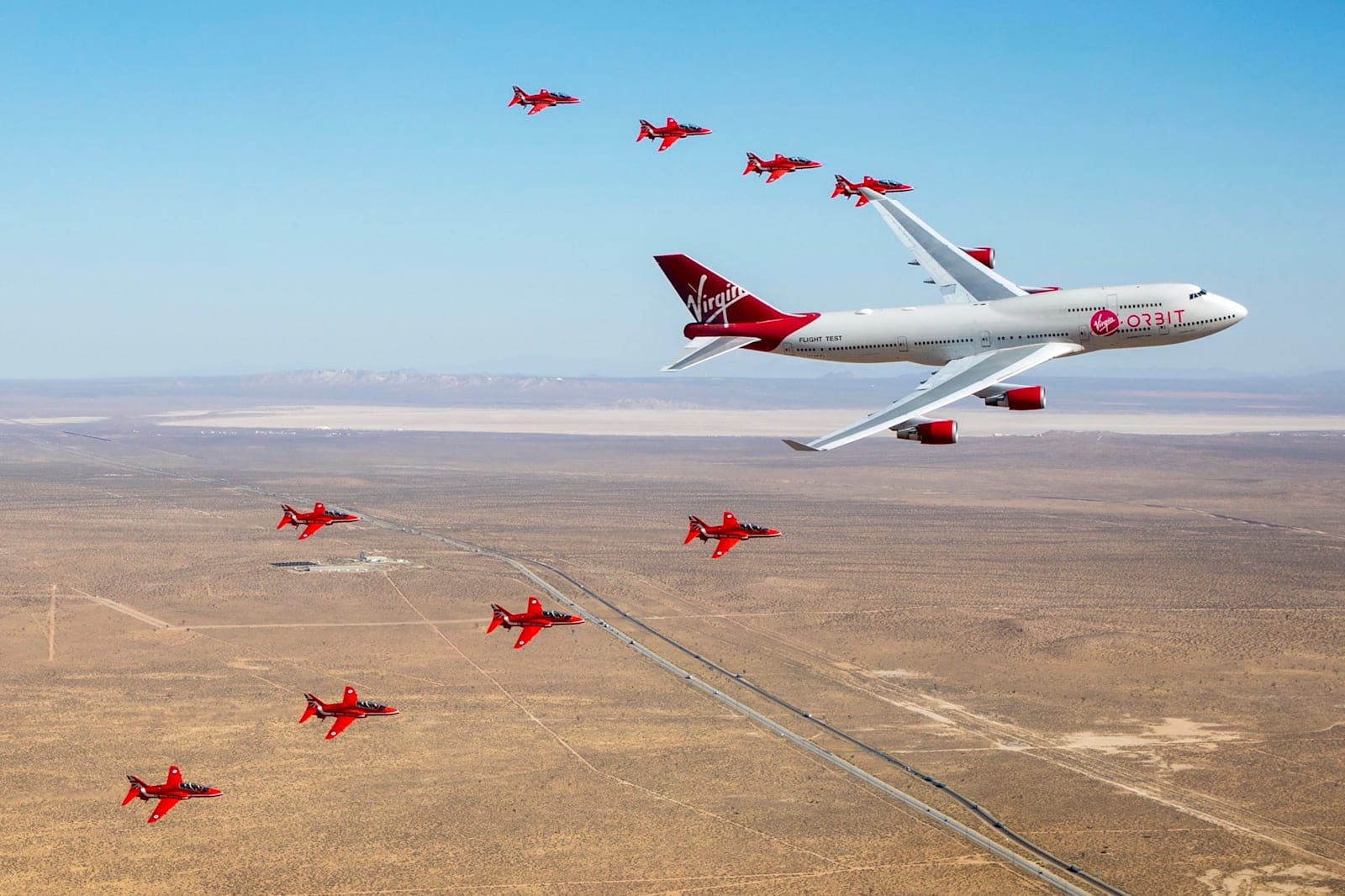 The secondment is expected to last three years and Stanny said he was “delighted to have been chosen for this role”. He added: “I’m looking forward to working with the Virgin Orbit team. There are significant opportunities for the RAF in the space domain so to be at the forefront of this area, working in direct partnership with Virgin Orbit is a real privilege.”

Virgin Orbit CEO Dan Hart commented: “As part of Team ARTEMIS, we’ve been working with the RAF and the US Air Force to demonstrate the utility of small satellites and responsive, resilient space launch and operations. We are thrilled to welcome Flt. Lt. Matthew Stannard to our team of hugely talented pilots where I know his presence will move us further, faster and to new heights.”

In July, the former UK defence secretary Penny Mordaunt announced the Ministry of Defence’s ambitious space programme, committing £30 million to fast-track the launch of a small satellite demonstrator within a year. Known as Program ARTEMIS, the small satellite demonstrator is being delivered by a new transatlantic team of UK and US defense personnel and industry partners, including Virgin Orbit.

Virgin Orbit has just begun its first proper launch campaign, transporting its orbital test rocket to the Mojave Air and Space Port. In the coming weeks, the company will run through a series of checks and engineering demonstrations leading up to a captive carry flight prior to LauncherOne’s maiden flight to low Earth orbit.