Meet Pilot Barbie, Cabin Crew Barbie and Engineer Barbie – the newest Barbies on the block, set to encourage young girls to consider careers in aviation and inspire them to believe anything is possible.

Virgin Atlantic has teamed up with Barbie UK to create three special edition dolls. It’s all part of Barbie’s Dream Gap Project, which was launched to tackle the fact that girls as young as five years old begin to develop limiting self-beliefs and doubt their full potential. The Dream Gap Project is an on-going initiative to level the playing field for girls globally and highlight role models to show girls that they can be anything they want to be.

Barbie has had more than 200 careers in her 60-year history, and now three Virgin Atlantic careers are joining the ranks. Current statistics from the Women’s Engineering Society indicate that only 12 per cent of the UK engineering workforce is female and similar statistics show that only 4.3 per cent of UK pilots are women, with the aviation sector in particular dominated by men. 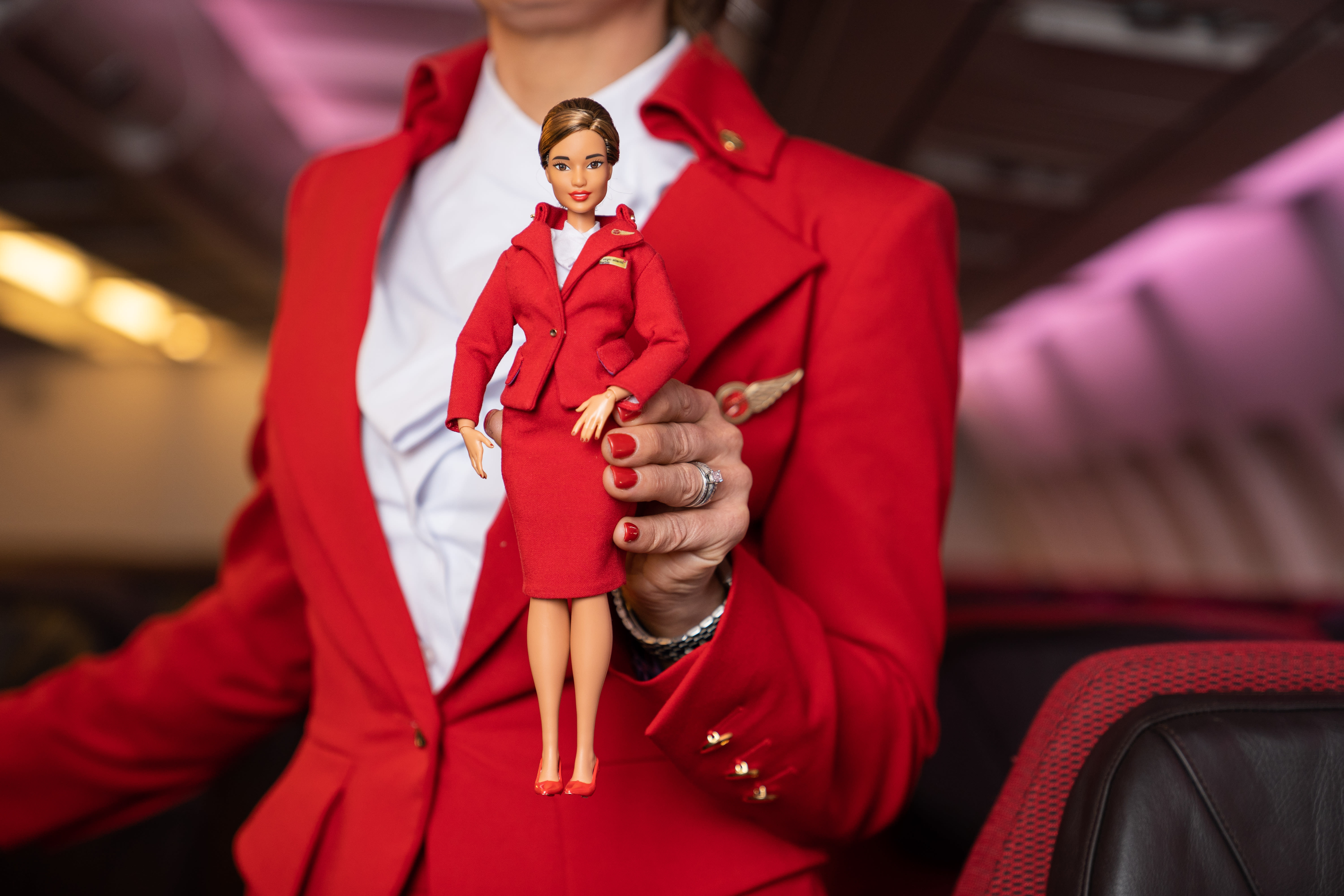 “We know that women are currently underrepresented across a number of careers within aviation. We also know we can’t change this position overnight. Therefore it’s imperative we play the long-game, highlighting to primary aged children that any job role is open,” Nikki Humphrey, SVP of People at Virgin Atlantic, said. “Our partnership with Barbie marks another milestone in our commitment to this. It’s astounding that girls start believing they can’t follow a certain career path from as young as five and it’s our ambition we close this dream gap. By working with Barbie, it allows us to speak directly to our future generation of aviation workers, whether they aspire to be cabin crew, engineers or pilots.”

This partnership between Virgin Atlantic and Barbie marks the start of a wider initiative at the airline to encourage more females in STEM (science, technology, engineering and mathematics) and aviation careers. Working with its partner, WE, the Passport for Change programme aims to inspire young people to engage with STEM subjects and consider a future in aviation. The annual Future Flyer open day at Virgin Atlantic’s HQ in Crawley will give girls the opportunity to find out more about what is involved in a career in aviation. The airline will also take female pilots and engineers into schools so children can meet them and have the opportunity to ask questions. 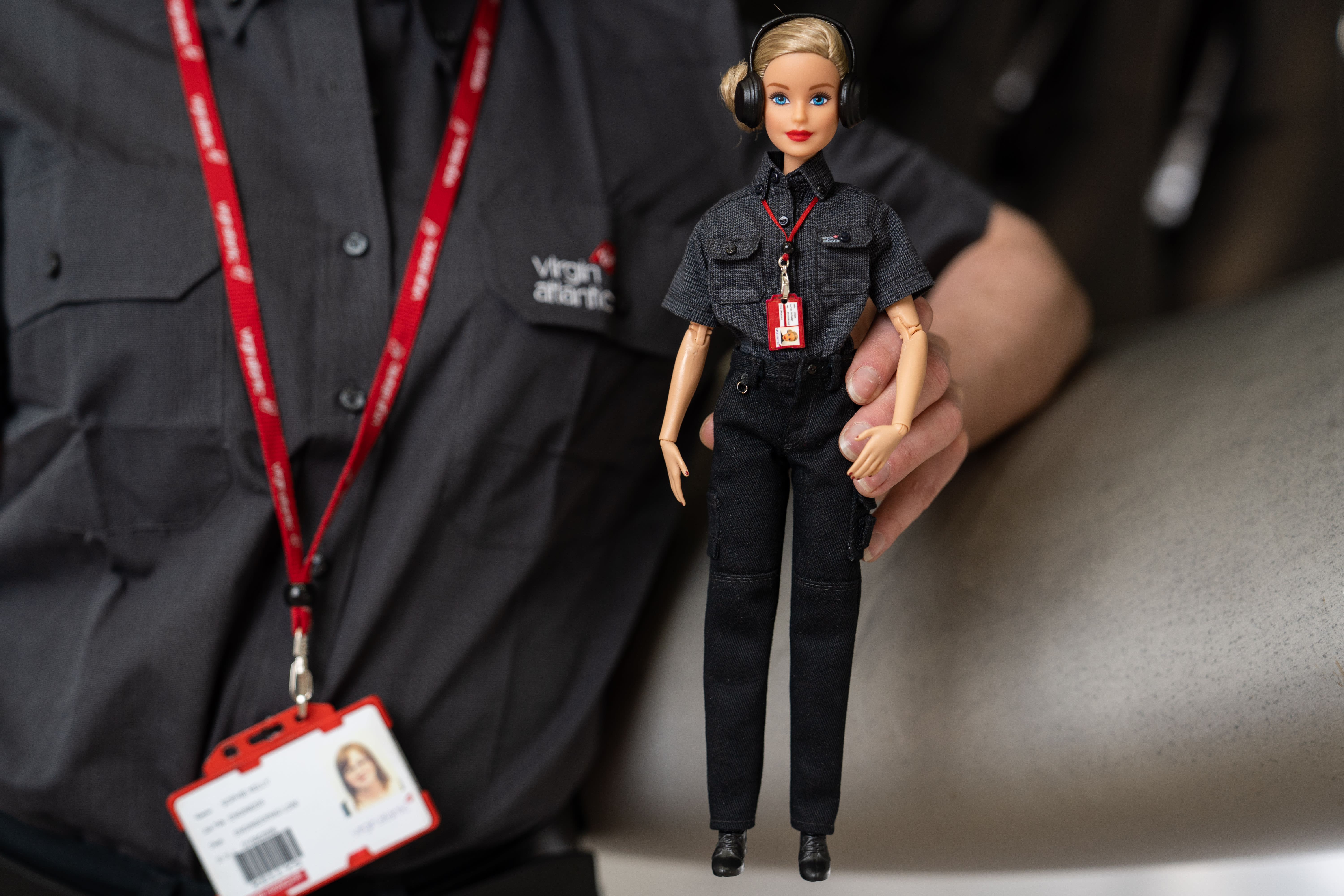 Phil Maher, EVP of Operations at Virgin Atlantic, added: “It’s essential that Virgin Atlantic plays a pivotal role in encouraging women to succeed in STEM careers. It’s evident that for those women who do become pilots and engineers, career satisfaction is exceptionally high, and it’s no surprise that job satisfaction is exceptionally high. It’s essential we showcase to girls of all ages just how fulfilling a career in our industry can be and our partnership with Barbie is just one of the steps we’re undertaking to achieve this.”

The dolls have been designed in the likeness of real Virgin Atlantic uniforms and show ethnic and body diversity, reflecting the body types available in the Barbie line. The pilot doll has articulated ankles and flat shoes and wears a pilot’s uniform, complete with wings and badge. The engineer doll wears flat safety boots, an access lanyard and noise cancelling headphones. The cabin crew doll pays homage to the iconic red Virgin Atlantic Vivienne Westwood uniform. The pilot and cabin crew dolls will be on sale onboard and in select stores later this year.

For more information on careers with Virgin Atlantic, including both cabin crew and engineering apprenticeships and a pilot cadet scheme, visit the Virgin Atlantic careers pages.