Virgin Atlantic team members from across the UK are supporting the NHS COVID-19 response as well as relief efforts across the country and their communities.

Olly Chan is a Virgin Atlantic captain who flies on their Boeing 747-400 aircraft and is currently dedicating his time to Project Wingman – an initiative where airline crew have come together to support the wellbeing of frontline NHS staff during this difficult time.

What is Project Wingman?

Project Wingman is an initiative that provides support to NHS frontline staff. It’s called ‘Wingman’ in a shameless nod to Top Gun, but also because it evokes the aviation concept of supporting your buddy and helping them through tough times. In this case, the ‘buddies’ are NHS medics engaged in the frontline treatment of COVID-19 patients.

How did it come about? Who set it up and why?

It was originally the brainchild of one of the world’s leading aviation psychologists, Professor Rob Bor. Rob oversees a number of airline peer support programmes - a concept where pilots provide mental health support for fellow pilots - including our own programme at Virgin Atlantic. Rob is also a clinical psychologist in the NHS. There are many parallels between the aviation and medical world with both groups operating in a highly disciplined, regulated and high-pressure environment. With this in mind Rob, together with Peer Supporters Captain Dave Fielding (BA) and Captain Emma Henderson (easyJet) had the idea of taking pilots and cabin crew into the NHS and giving a morale boost to the staff by getting uniformed airline crew to look after them in a very personal and direct way during their breaks. Many of us are currently grounded, and therefore have the time to use our skills to help where we can. It is open to pilots and cabin crew across the entire industry, so it is an opportunity for airline crew from any airline to come together and work as a team. 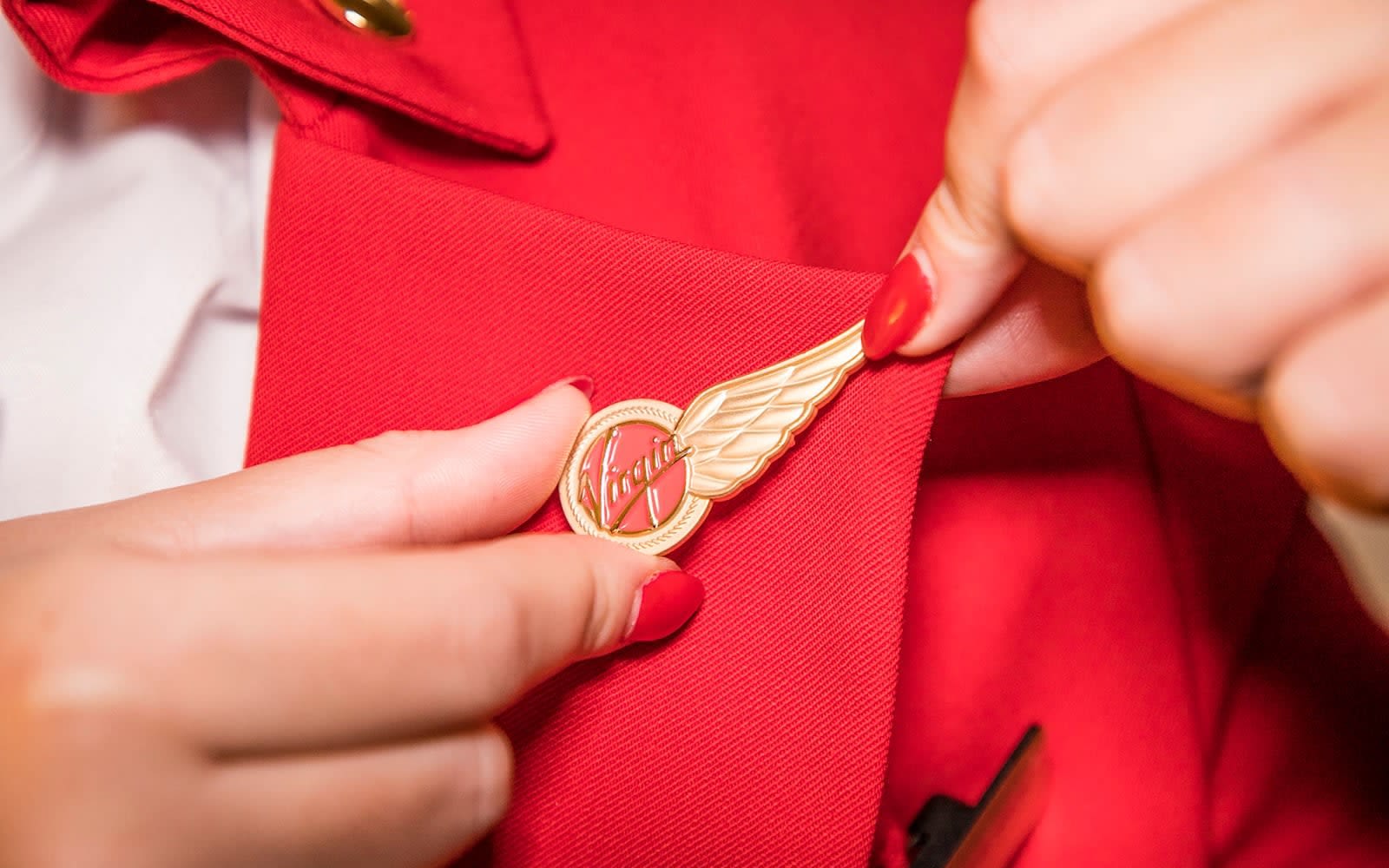 What kind of activities do volunteers get involved in? What skills do pilots and cabin crew bring that are really valuable to our NHS teams?

There are three main aspects to what we do. We firstly create a quiet space within the hospital - a mini First Class Lounge - where staff can come before or after a shift and just collapse, unwind, and have a crew member offer them a cup of tea, a pastry and a chat. You might find yourself just serving tea to start with, but some people really do want to talk. Usually it’s about everyday things, and people are often far more interested in our jobs than their own! The aim is to make them forget about their responsibilities for a while and to make them feel a bit special and looked after.

There is also an element of using our problem-solving skills and can-do attitude to help healthcare workers get the practical support they need. Many of them are sleeping in the hospitals and haven’t been home for days or even weeks. They are struggling to find a lot of basic supplies, but don’t have the time or energy to sort things out for themselves. This is where we come in to help!

However, the main reason we are there is to use our social and listening skills - referred to in the NHS as ‘tea with empathy’. The enormous professional pressure the medics are under is obvious, but the enormous personal pressure they are also enduring might not be. Sometimes just having someone to sit with them and listen can be a great help. Usually a chat is enough, and people walk away feeling better for it. If necessary, however, we can also act as the interface between the medic and hospital support network to ensure they get the mental health support they need.

Any pilot or cabin crew member from any airline can join us. It is truly unbranded and while the uniform may be different, we all have a lot in common when it comes to the important stuff. You also don’t have to be currently serving and we have at least one retired Virgin pilot working as a volunteer. Although the project was largely London focussed to start, the programme has grown rapidly, with Project Wingman now running (or due to start very soon) in hospitals in Scotland, Yorkshire, Manchester and other regions.

What inspired you to sign up to the project?

I wanted to ‘do my bit’ during this unprecedented crisis, but I’ve found that you get a lot back in return and it is incredibly rewarding. I completed my induction at The Whittington Hospital in North London, and I had only been there about an hour when someone crossed the road just to say ‘thank you’ for all we were doing. I was astounded as at that stage all I had done was unpack a few boxes! That was the first of many thank you’s that day. The gratitude was overwhelming and left me in no doubt that what we were doing makes a difference. On a personal note my father (who was an orthopaedic surgeon) had worked at The Whittington before I was born, which made me being there all the more fitting. I have now been asked to act as a team leader, so as the programme continues to grow I will be involved in setting it up at The Royal Free Hospital in Hampstead, North London. 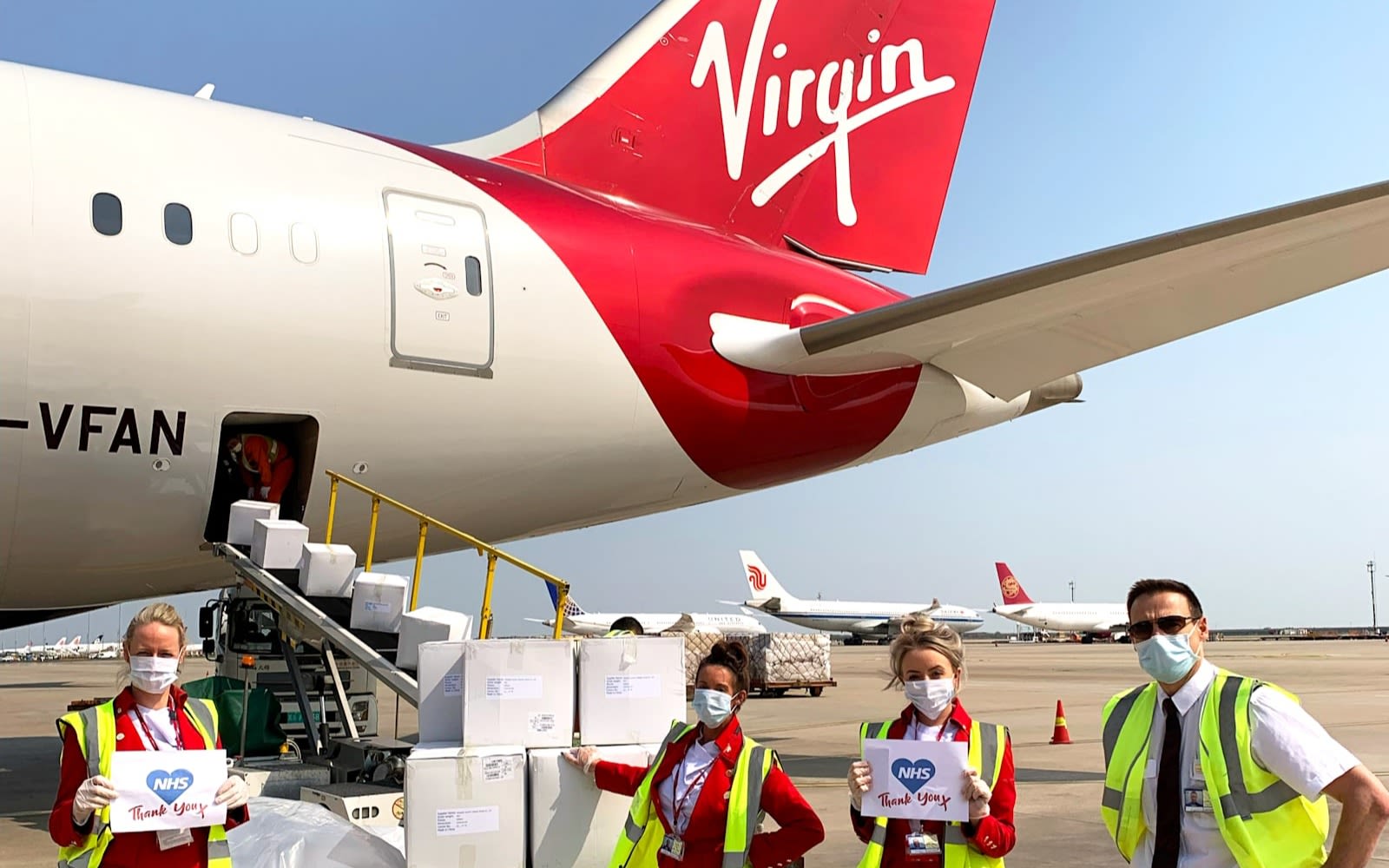 What’s the day-to-day of your job usually like at Virgin Atlantic?

I’m a captain on the 747-400 fleet in Virgin Atlantic. In recent years the ‘400’, as it is often called, has operated mostly to Orlando in Florida, which has become a home away from home. We fly there with up to three flights a day from London Gatwick, with more flights out of Manchester, Glasgow and Belfast. We also fly to Jamaica, Barbados, New York and Atlanta.

What are the biggest challenges in your role?

As any pilot will tell you, there’s no such thing as routine! Overall, the biggest challenge is trying to get the many ‘moving parts’ of the operation working together to get the plane safely from A to B - as smoothly and as efficiently as possible. The greatest pleasure of being a pilot is using your skills to achieve this. It helps, of course, that you are supported by a fantastic team of fellow pilots and cabin crew - some of whom will have been doing the job for longer than you have, so between you there is a wealth of knowledge and experience.

How long have you worked for Virgin Atlantic? What are your career highlights?

I joined in August 2001, just before September 11. The biggest highlight has to be flying the Boeing-747, which is a wonderful and iconic aircraft. Another stand out moment for me was when I became a captain. It’s also worth mentioning the sights I’ve seen - the Golden Gate Bridge as you make your approach to San Francisco, the snow covered mountains of Greenland stretching as far as the eye can see, the vast variety and expanse of the African landscape passing beneath you for nearly the entire journey home from Johannesburg. Being in an NHS hospital and talking to medics that have just come from a COVID-19 ward has also been an unforgettable experience - mostly because of the incredible people I’ve met there who have all left a huge impression on me.

What has this opportunity taught you?

As a pilot, it’s easy to think you can ‘only’ fly a plane. However, the skills you use to make that happen can be really helpful - and where better to use those skills than in an NHS hospital right now?