Each year, alongside the elite runners, thousands of fundraisers line up to take on the  Virgin Money London Marathon. We’re sharing some of the inspirational stories of runners who will be taking on the world-famous race… Mum-of-two Louise was first diagnosed with melanoma in 2016, followed by basal cell carcinoma two years later, and a lung cancer diagnosis in early 2019. She had to have a lung resection and then half her left lung removed.

Louise says that running helped her through her recovery and this year she’s running the Virgin Money London Marathon, supporting this year’s Charity of the Year, Macmillan. Louise and her family have been supported throughout her diagnoses by Macmillan and she now volunteers at their Horizon Centre in Brighton, where she received counselling during her treatment. 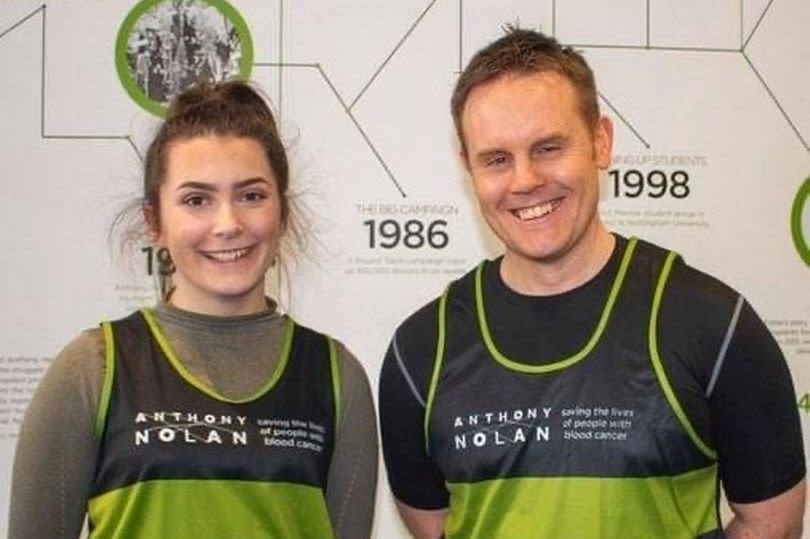 42-year-old father-of-two Elliot from Essex will be running the 2021 Virgin Money London Marathon alongside a woman whose life he saved 13 years ago. Elliot was 29 when he donated bone marrow to an eight-year-old child who he didn’t know. That child was Vicky Lawrence who had an aggressive form of bone cancer.

Fast-forward to 2021 and Vicky has made a full recovery and is now a medical student and good friends with Elliot. They’ll be running the Virgin Money London Marathon together to raise money for the Anthony Nolan blood cancer charity. 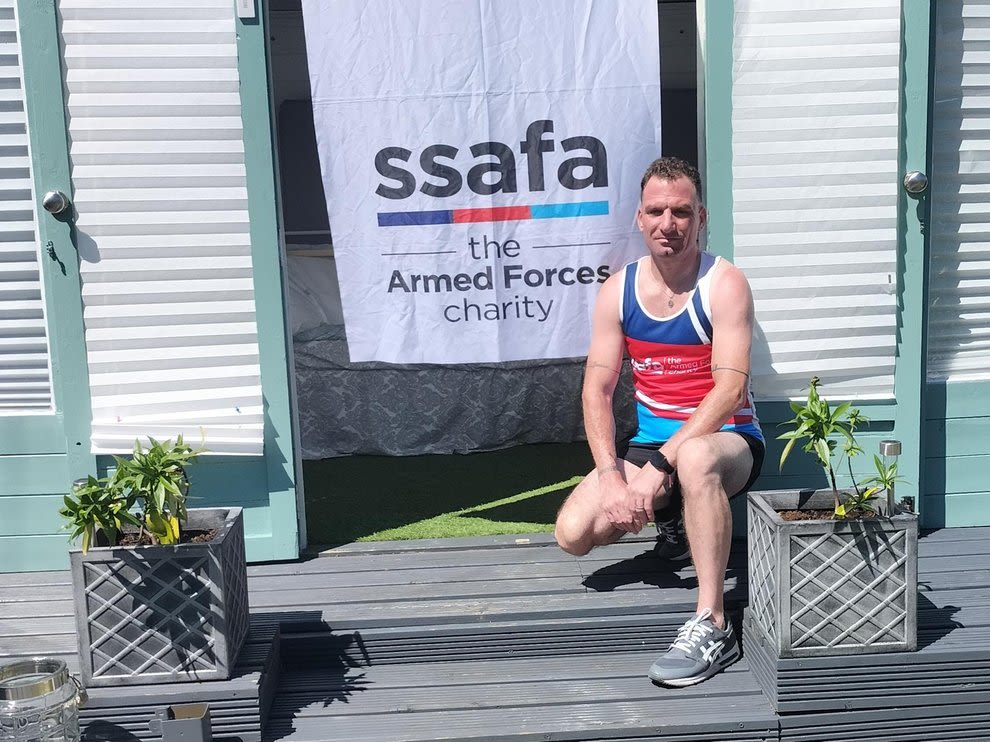 Army veteran Adam is taking on the Virgin Money London Marathon for SSAFA – the Armed Forces Charity. Adam was a chef in the Royal Logistic Corps for 15 years and completed four operational tours in Iraq and Afghanistan, but has since suffered from post-traumatic stress disorder and other mental health conditions.

Adam attempted suicide twice in 2020 and SSAFA has supported him and helped him to improve his mental health. He secured a place on SSAFA’s ‘Building for Heroes’ construction building maintenance course and received financial aid when he and his wife Jackie relocated to Scotland in 2019. Adam’s running the Virgin Money London Marathon for SSAFA as a way of saying thank you and to show that anything is possible. 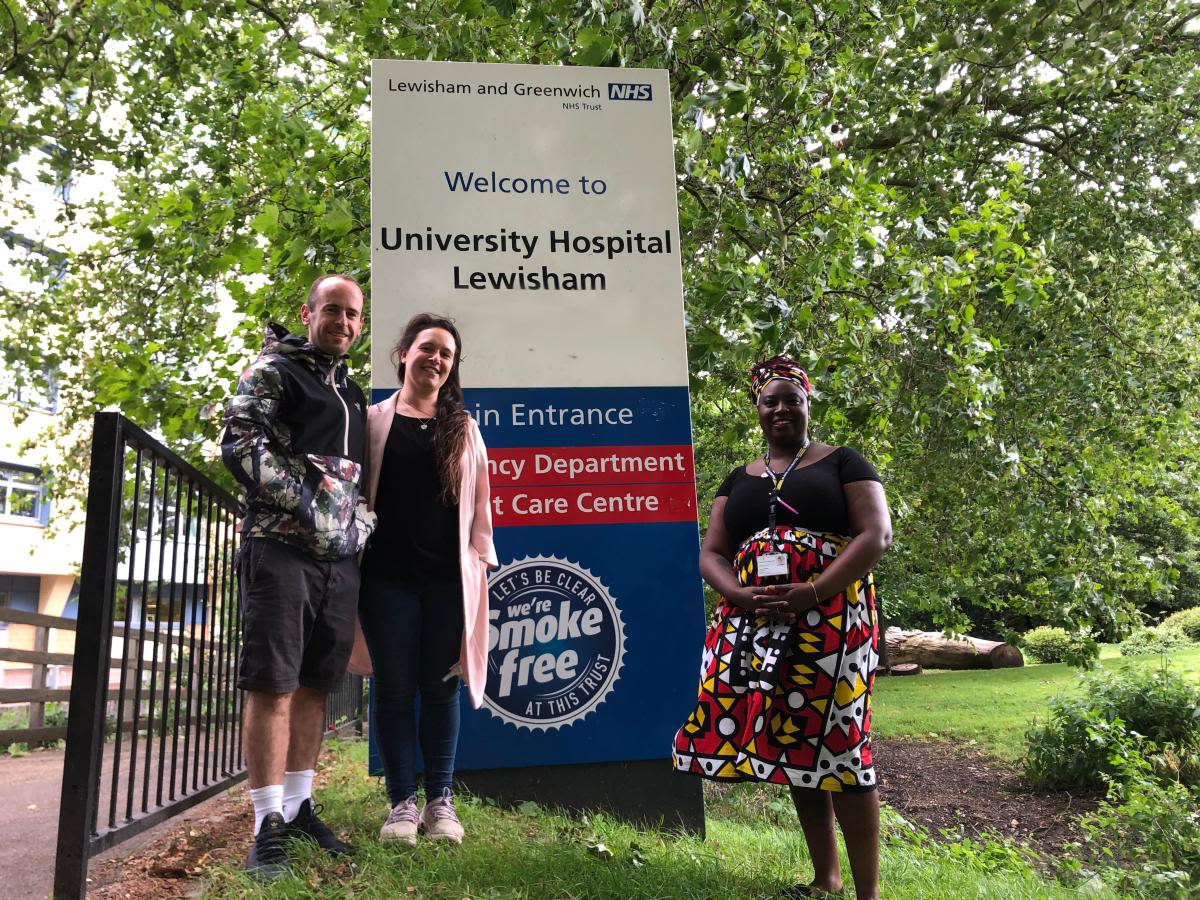 Claire and Wayne will run the Virgin Money London Marathon in memory of their daughter Jade, who died in January 2021 aged just 10 days old. Named after the midwife who delivered her, Jade suffered Hypoxic-Ischemic Encephalopathy (HIE) during childbirth, which resulted in significant brain damage caused by oxygen deprivation and limited blood flow to the brain. Wayne was unable to be present at the birth as both he and Claire had tested positive for COVID-19 three days before their daughter was born.

The couple are raising money for three organisations that helped care for Jade in her short life – Demelza Hospice Care for Children, Evelina London Children’s Hospital, and Lewish and Greenwich NHS Trust Charity.

Known as the ‘Skipping Sikh’, Rajinder Singh was awarded an MBE for his services to health and fitness during the COVID-19 pandemic. He raised more than £14,000 for the NHS by sharing videos of himself skipping on social media to encourage others to keep active during lockdown. This will be his first Virgin Money London Marathon and he’ll be raising money for Mencap – and, of course he’s planning to skip over the finish line.

For the 2021 Virgin Money London Marathon, spectators are being encouraged to watch from home to reduce crowding on the course. The BBC will be showing live courage of the event from 8am BST on Sunday (3 October), with details of the elite runners as well as all the wild and wonderful fancy dress we’ve come to expect of the London Marathon.

If you want to keep track of how your loved ones who are participating are getting on, you can download the Official App powered by TCS, available from the App Store and Google Play.

For more information, head over to the Virgin Money London Marathon website.