Working with concert promoter SSD, Virgin Money has created a venue where fans can enjoy their favourite bands, while still maintaining social distancing and keeping safe.

Steve Davis, founder of SSD, came up with the plan for facilitating gigs where attendees could watch all the action from their own viewing platform, meaning they didn’t come into contact with anyone else, but still got to enjoy the atmosphere of a live event.

The first gigs kicked off last week, with Sam Fender headlining the opening two nights at the Virgin Money Unity Arena. Over the next few weeks, some of the top names in music and comedy will perform there, including The Libertines, Jimmy Carr and Van Morrison. 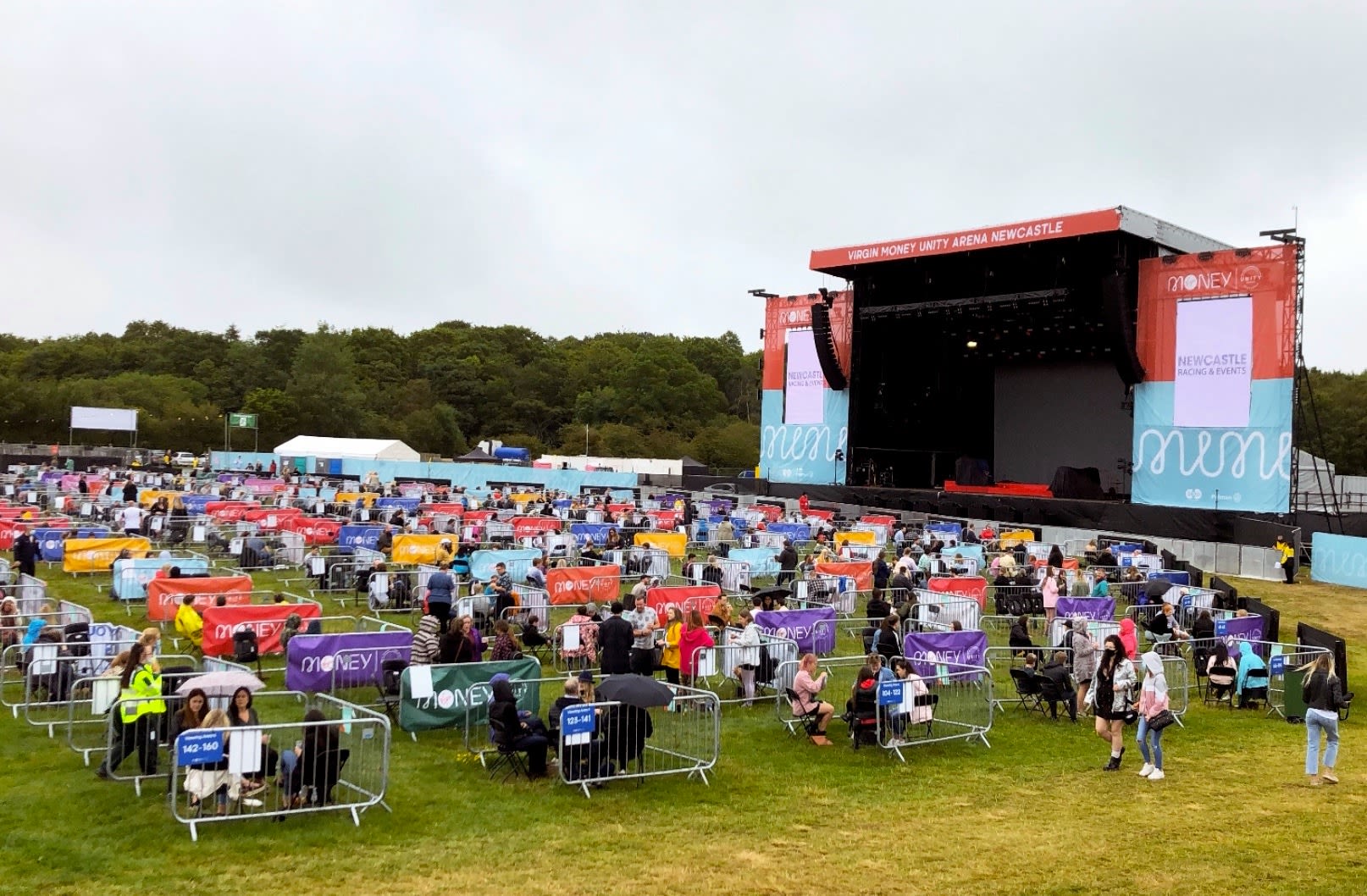 So how exactly did they create a socially distanced gig venue in just a few weeks? Virgin Money spoke to Steve to find out.

“We realised that live music shows as we know and love them won’t come back in that form for a while, so we had to do something different,” he said. “We have a proactive team and we all wanted to do something useful rather than just sit around waiting to be told the venues wouldn’t open.

“Generally, it would take a year to plan a series of gigs like this, in terms of booking, promoting, advancing with artists and suppliers, but we’ve done it in just 12 weeks. So, we’ve been working round the clock, every one of the team going above and beyond.”

He said that people probably thought he was crazy when he first started talking about the idea. “But then when you think about the people we can bring back to work, and all the small businesses we can help – from the food stores to the sound engineers to the stage crew – and what that will do for the local economy, there’s a massive bonus. And even for the artists to get onto a stage, I’m sure they’ve been going stir-crazy through all of this, so it’s brilliant for them too.” 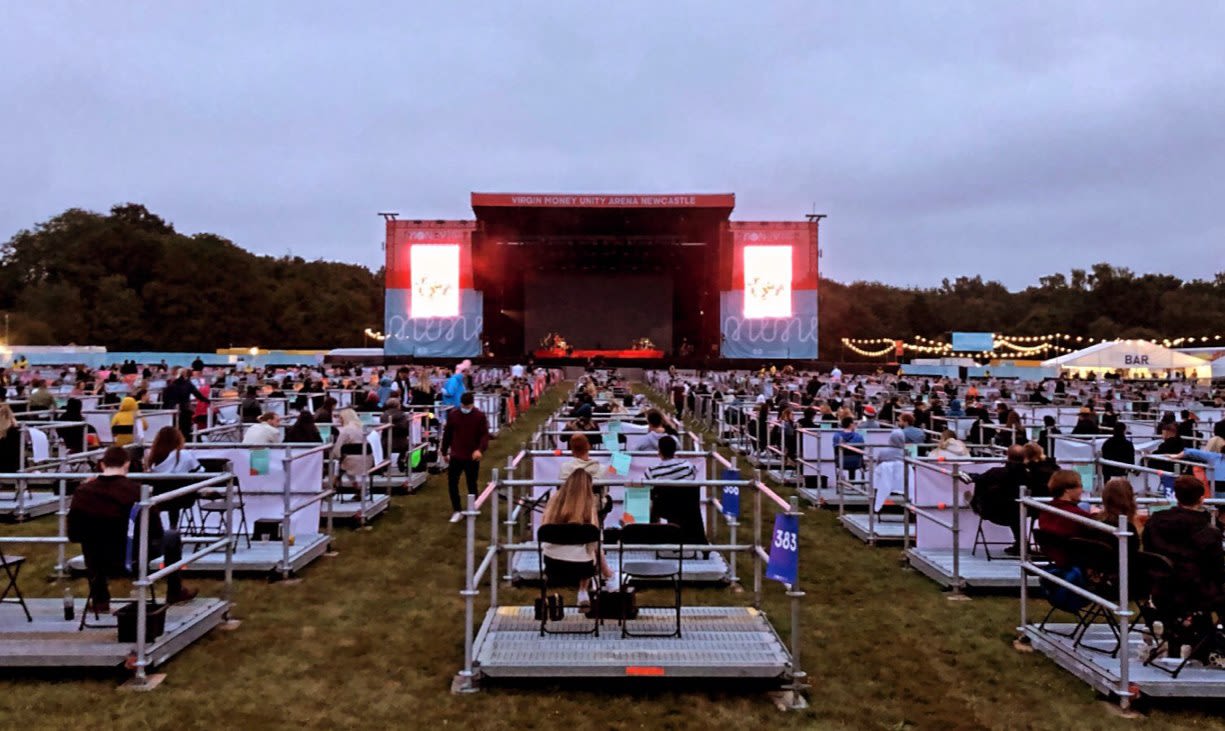 Steve was keen to make sure that they worked with local businesses too so that the events benefited the local economy. “Local street food traders will be available in each zone,” he explained. “It’s those people who support us year-round on festivals, all based within 30 miles of the event, who have also had the rug pulled from under them – a lot of these guys are sole traders.”

With the coronavirus pandemic ongoing, health and safety is the number one priority for the Virgin Money Unity Arena. Steve and his team had worked hard to think of everything. “Everyone has their own viewing area. All the pods will have their own bins, no-one will enter or go to other people’s pods and we’ll make sure there’s enough security to monitor that,” he said. “Drinks can be pre-ordered and collected on your way in, and your tickets can be scanned and checked through your car windows, so no contact there.

“We’re being so careful, even down to the site crew, who will work in teams of two. If one of them gets ill, both of them will have to leave the site and we have backup crews ready to go.”

For concertgoers, it is, of course, a different experience to what they’re used to. But Rachel Sullivan, head of content and social at Virgin Money, was at the first gig at the Virgin Money Unity Arena and said that the experience was better in a number of ways – “less intimidating, less sweaty, safer; no-one’s pushing past you, blocking your view or spilling your drink”. She added: “It’s like a VIP experience that everybody gets to enjoy.” 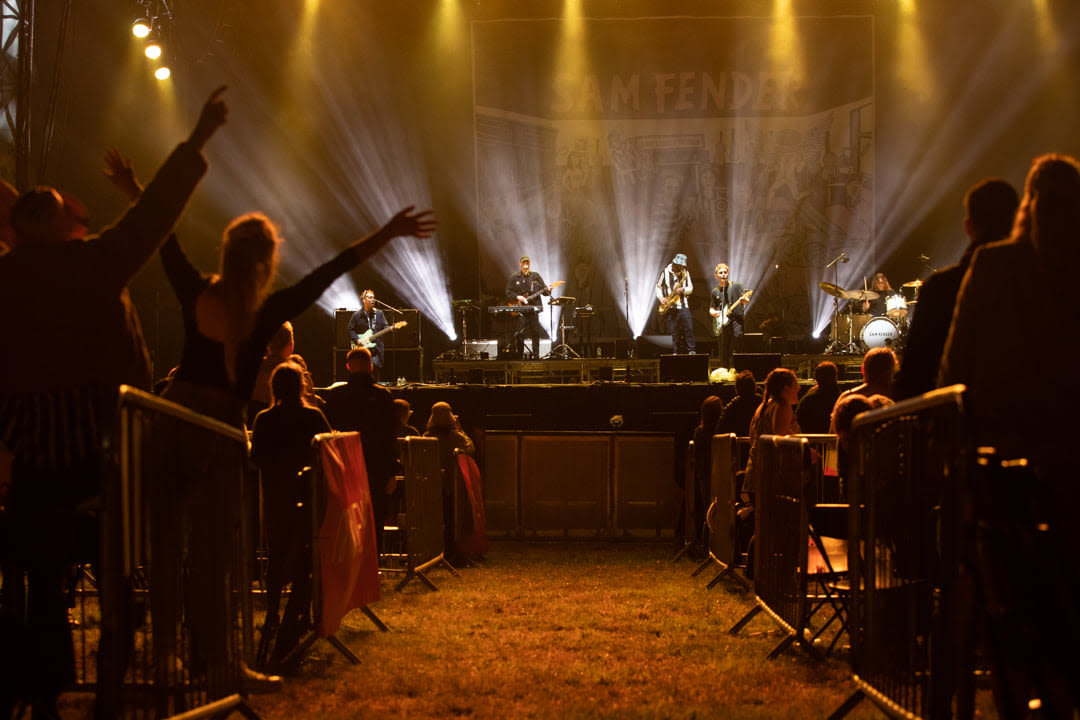 With the viewing areas all set out perfectly 2m apart, Rachel said that she was struck by how civilised it felt – and also how simple and safe. She said: “Would I take my two quite small children to the front of a packed crowd? Definitely not. Would I take them to their own safely enclosed area to have their first taste of live music? Yes, I absolutely would. There was a particular type of diversity in the crowd you don’t often see at an event like this: multiple generations of families, safely cocooned in their own little live music bubble, singing along to every song, word-perfect.”

Visit the Virgin Money Unity Arena to find out more about socially distanced shows and get your tickets.