How Virgin Atlantic is delivering vital supplies during the pandemic

With many passenger flights unable to go ahead over the last year due to the ongoing pandemic, Virgin Atlantic has operated cargo-only flights for the first time. And that has involved some seriously long flights – up to 28 hours in some cases.

Normally speaking, Virgin Atlantic carries cargo in the leftover space once customers’ luggage has been loaded into the hold. With no customers and no luggage, Virgin Atlantic has been able to offer a significantly increased cargo capacity – and they increased it even further by using nets to secure additional cargo to the passenger seats.

China had closed its borders, meaning crew weren’t allowed to enter the country so the Virgin Atlantic team had to put their thinking hats on and come up with a solution. Seven pilots and four cabin crew would board the plane – three pilots to fly the aircraft to China, with two cabin crew monitoring the cabin, while the rest slept and rested. On arrival in China, without leaving the plane, they would swap places and the rested crew would fly the aircraft home again. 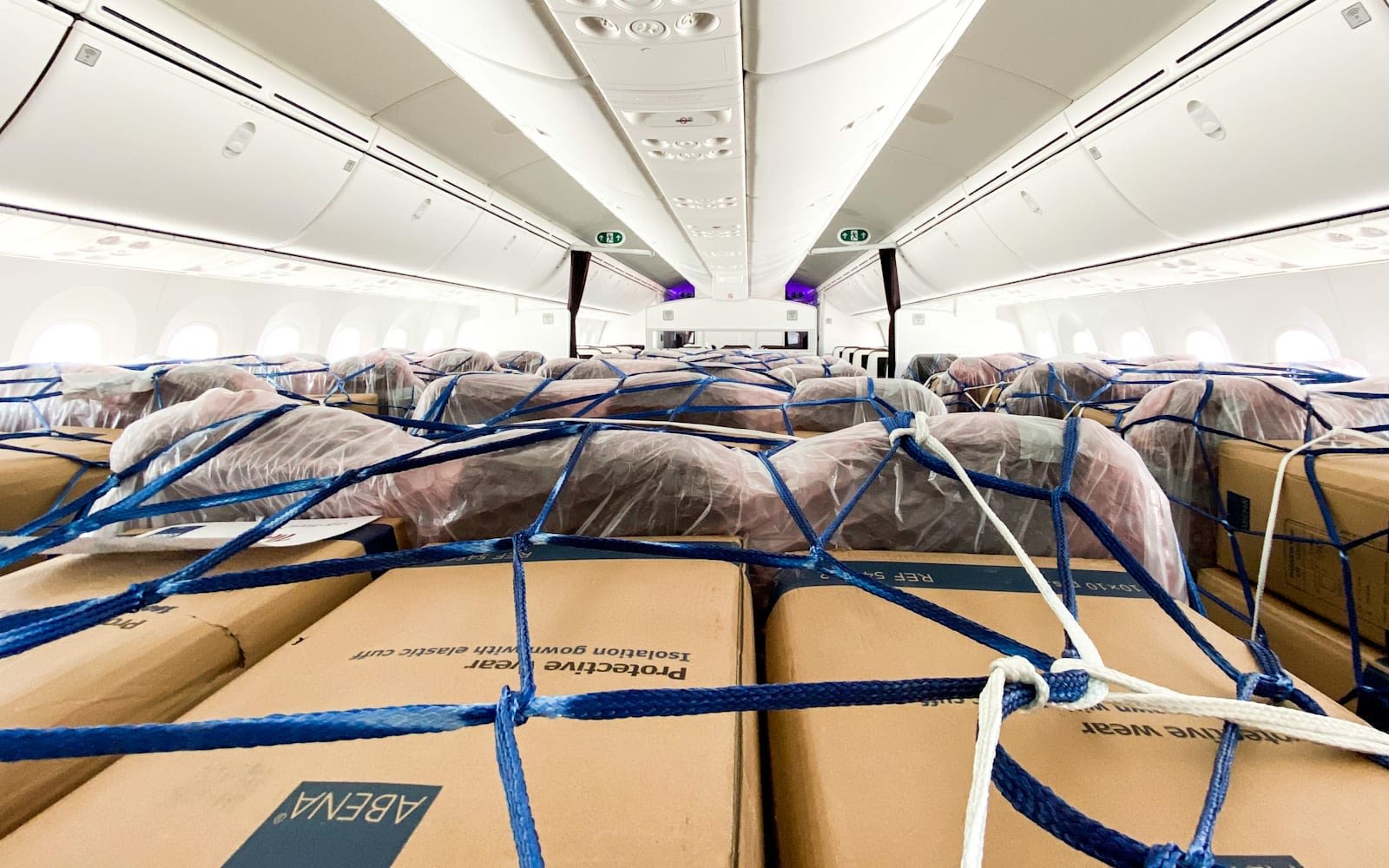 “We had a phenomenal team of people working on this. Since last February, they've worked relentlessly with energy and passion, and come up with some incredible ideas that made it happen. Amazing things really did happen in what was our worst year as an airline,” said Tania Boyes, head of cargo operations.

Virgin Atlantic has dubbed these flights ‘ultra-long haul’ and they can involve flight times of up to 28 hours. Of course, that’s not a non-stop service, but pilots and cabin crew fly to the other side of the world, pick up some cargo and fly home again without getting off the aircraft. The Virgin Atlantic team has worked hard to bring a huge amount of much-needed PPE and COVID-19 testing kits into the UK.

Captain Stephen Walker is one of Virgin Atlantic’s Boeing 787 pilots who has flown a few of these flights. “The first few ultra long haul trips were strange,” he explained. “And the worst one for me personally was arriving in Johannesburg only to fly straight back to the UK. Normally I’d be looking forward to a nice meal with a fun crew, and here I was taking off, three hours later. A real shock to the system!

“As strange as these trips are, the flying is not really a big deal as when operating an aircraft without passengers, nothing major changes. Before each flight we are fully briefed, and as with any flight, a dedicated team on the ground are always keeping an eye on us and plan for all eventualities.”

For the cabin crew, however, it’s been a much bigger change. Caroline Paton, a flight service manager, said: “The cabin can feel very eerie and lonely, as you’re used to full cabins and are normally busy serving and talking to customers. However, it’s not so empty on the inbound flight as boxes containing PPE and Covid test kits are on every economy seat.”

Caroline said that when she first saw an ultra long haul flight on her roster her eyes popped out at the thought of a 30-hour duty on the same aircraft. “The first thought is: ‘This isn’t what I signed up for, where’s my layover?’ But then you realise 2020 isn’t what anyone signed up for and in doing these flights you know you are helping the NHS by bringing in vital supplies and doing our bit for the UK.” 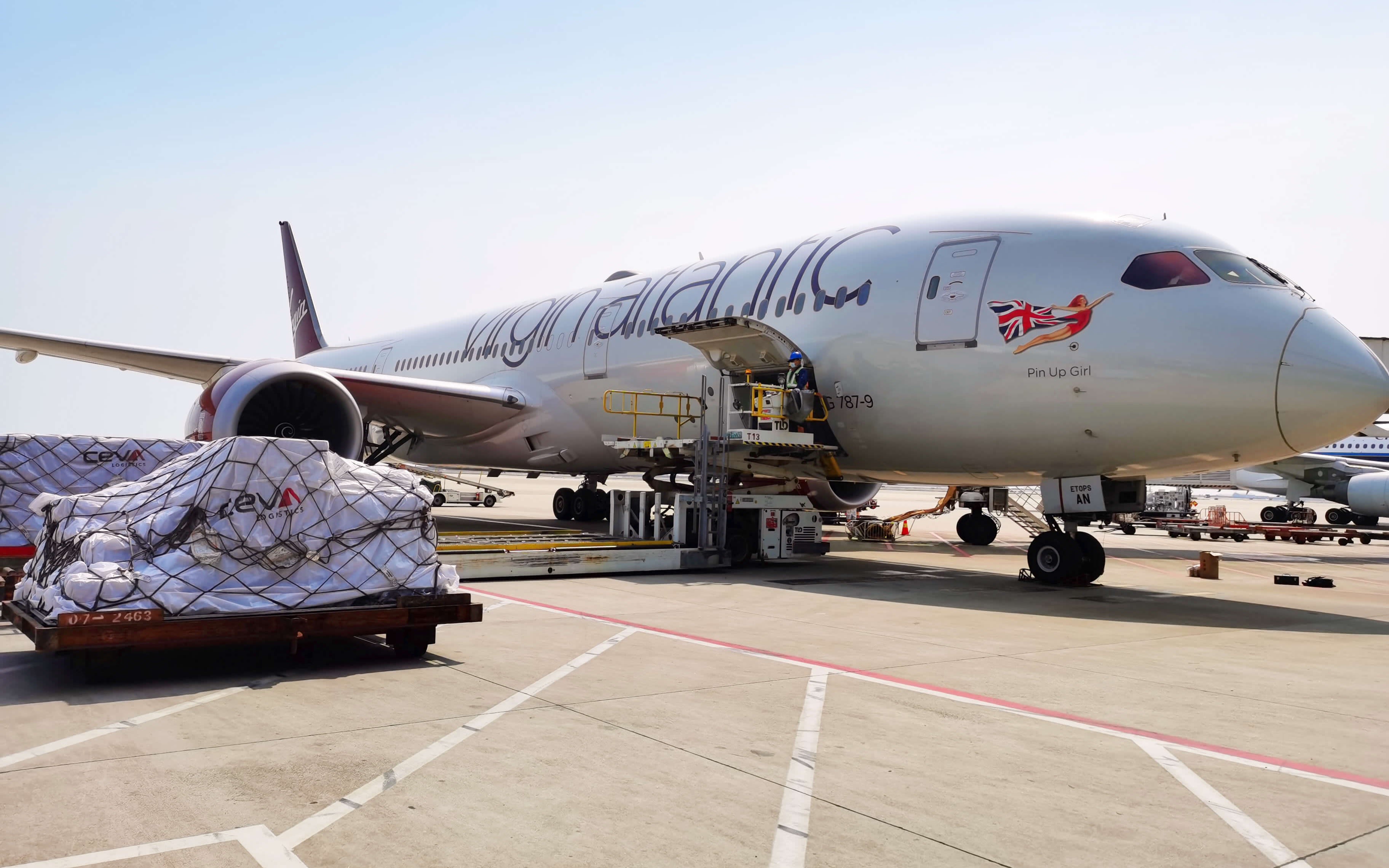 Once the flights reach their destination, they are met by the ground team wearing full white PPE suits. There are cleaners, ground agents, engineers, people taking everyone’s temperature and the team responsible for loading the cargo.

This is when the crews change over and the rested pilots and cabin crew take over and prepare for the flight home.

Visit Virgin Atlantic to read more about how it has operated ultra long haul flights during the COVID-19 pandemic.