Meet Adrian McDowell, a Virgin Atlantic pilot so fascinated by flying that he just can’t get enough of it. Despite spending hours in the cockpit each week flying for Virgin Atlantic, he’s taken his passion and love of flying to new heights by starting his very own drone business. McDowell goes to show that even when you’re passionate about your day job, your side-hustle could be a fascinating business opportunity.

Adrian McDowell started flying at the age of six when he took off in a two-seater aircraft with a family friend. “I knew from that day I wanted to be an airline pilot. From that moment, I did everything aviation. Remote control planes, flying micro-lights – and this obsession continued into university.”

Today, McDowell isn’t just a B787-9 captain for Virgin Atlantic. He’s also the company director of The Drone Group, a company he founded thanks to his love of flying.

But what was McDowell’s journey from Virgin Pilot to company director, and what drove him to become an entrepreneur? 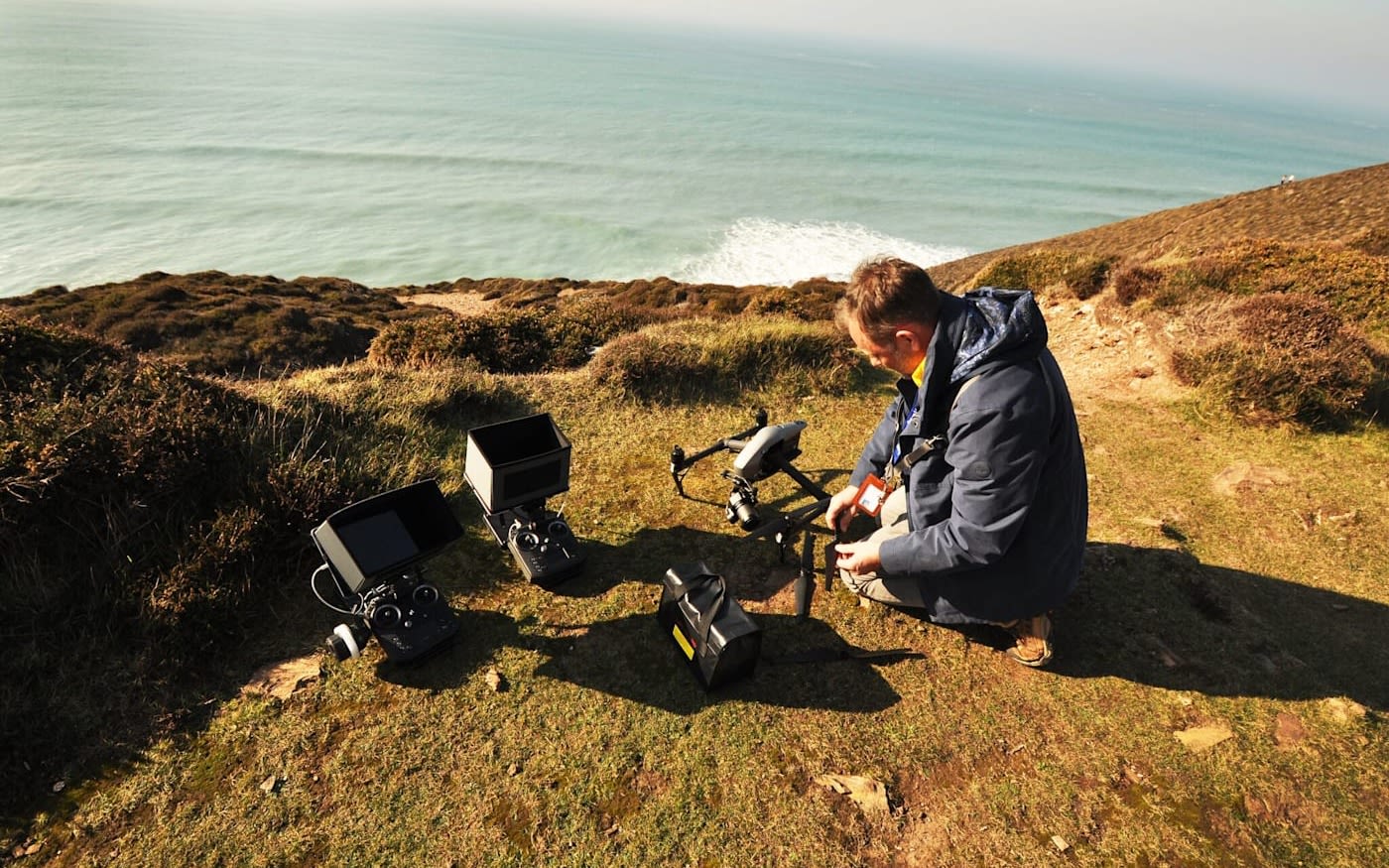 “I’ve always flown Boeings, and I was one of the first to fly the 787 – I flew the first commercial flight for Virgin Atlantic, from Heathrow to Boston. It was a great flight, but a bit of a heavy landing!”

McDowell still loves flying planes. “My favourite routes are anything around Hong Kong because they can be so challenging in the summer. It really stretches a pilot’s professional skills because there’s so much to think about. There are often big summer storms, you have to think carefully about being so close to Chinese airspace, and you have to have a plan in place if you need to go somewhere else to land, for example Taiwan or the Philippines.”

The summer storms around South East Asia in the Monsoons are extreme, he says. “They’re really chronic, endless storms. I’ve been in planes for five or six hours where they just bump. The smell of ozone in the cockpit is really something and it’s caused by a static build-up when the storm is wild. They can be quite debilitating as a pilot, as you’re really thrown around in your chair, and you’re doing everything you can to keep it smooth. The worst one I remember was being 168 miles off track in the Indian Ocean, trying to avoid an enormous storm,” he recalls. 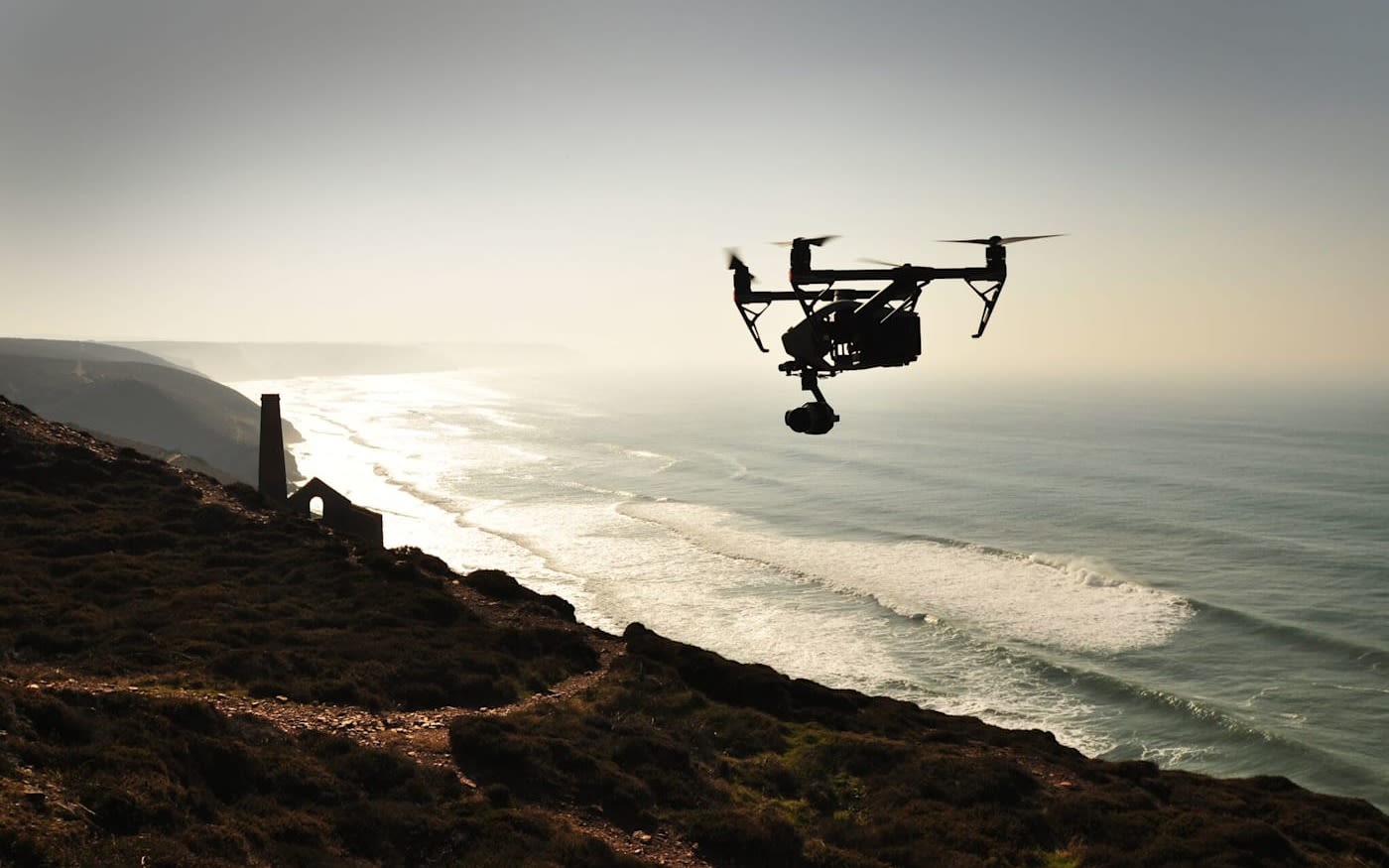 “Pilots do a lot of sensible, boring things every day on the plane, so we do like something different sometimes," McDowell says. “I like landing in Johannesburg because it’s a real challenge due to the airports high altitude and thinner air.”

Flying hundreds of passengers across the world hasn’t satiated his love of aviation, so he’s also started his own business flying drones.

As a pilot, McDowell is as experienced as they come, so he wanted an additional challenge.

But why choose drones?

“Drones have been slowly encroaching into everyone’s life over the past five years or so,” he said. “We see people using them as a hobby, or just on lawns for kids. And they’ve been creeping into cinematography for years. In so many films, you see big, epic shots that could only have been taken by a drone. I knew I wanted to get into this industry.”

McDowell’s lightbulb came when he was in bed. He was chatting to his wife about starting a business. “I told her that I was going to start a business. She asked me what type and I replied: “Drones!” She told me to just get on with it.”

The Drone Company’s goal is to be the go-to company for TV and film work needing flyover shots.

Like with flying planes, some of the biggest challenges he faces flying drones is the unpredictability of the weather.

There have been tough moments for McDowell, as there are with anyone starting a new business. “The weather has been against me. I’ve needed to get a great showreel together, but the weather can make it hard to do that. To get extremely good, clear pictures, weather conditions must be brilliant, and they’ve not been.” 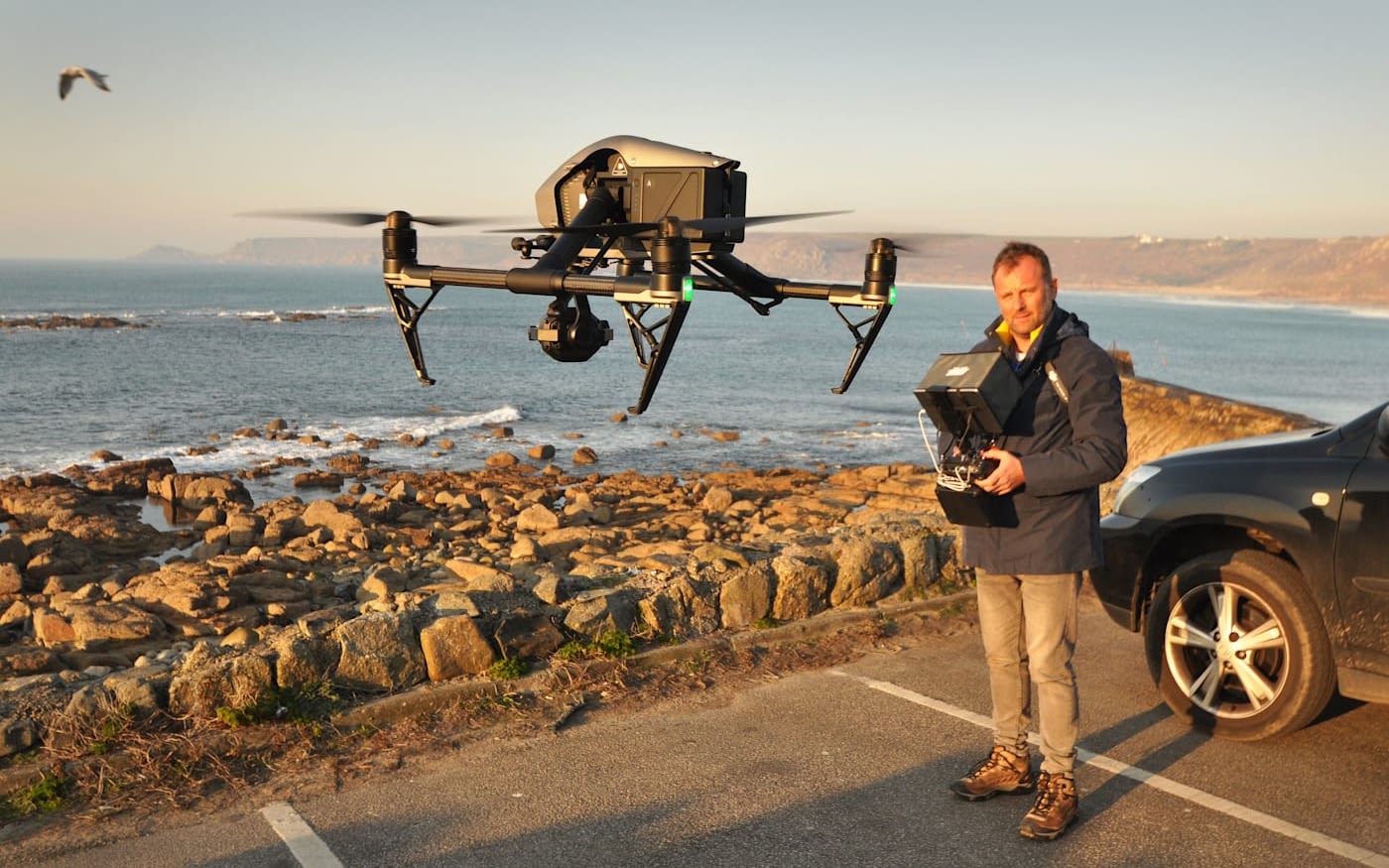 Building the team has been a key part of building his business. It was important for McDowell to hire someone young, with extremely good tech ability, and someone older, with vast experience in TV and film.

Getting in that door is harder than McDowell originally thought, despite having decades of experience as an airline pilot. But his dream? He loves shows about the planet, and about water, as sailing is his other big hobby. “Some of the shots they do on Blue Planet are jaw-droppingly beautiful. I’d love to go out there for a month and shoot via drone for some of these shows.”