Earth Day 2021: Power up your points to help protect the planet with Virgin Red

The living world is a unique and spectacular marvel. The way we, humans, live on Earth, is sending it into a decline.

With scores of wildlife species facing mass extinction due to global warming, the fight to save our planet has never been more vital. The crisis we’re facing requires bold solutions from us all – including the team at Virgin Red, Virgin’s new rewards club.

Carbon Engineering’s technology, known as Direct Air Capture (DAC), is designed to suck CO₂ emissions out of the air, and at scale. It's a similar process to plants and trees – only much faster and with a smaller land footprint.

Virgin Red members can unite in support of a cleaner, greener future.

It’s a mission that’s central to this year’s Earth Day theme of Restore Our Earth. The event will see people around the world virtually unite to exchange ideas on how to save the planet, including a new wave of emerging green tech. Virgin Red’s offer to match donations on Earth Day increases momentum behind the event, allowing members to directly support DAC tech and unite in the vision of a cleaner, greener future.

In a world-first for a rewards programme, Virgin Red will match Carbon Engineering donations of 5,000 Virgin Points or more to create double the impact.

“New industries like ours require early adopters who will take a leadership position and support emerging solutions,” he says. “Virgin Red’s support will play an important role in helping us kickstart the Direct Air Capture industry so it can play a mainstream role in addressing climate change.” 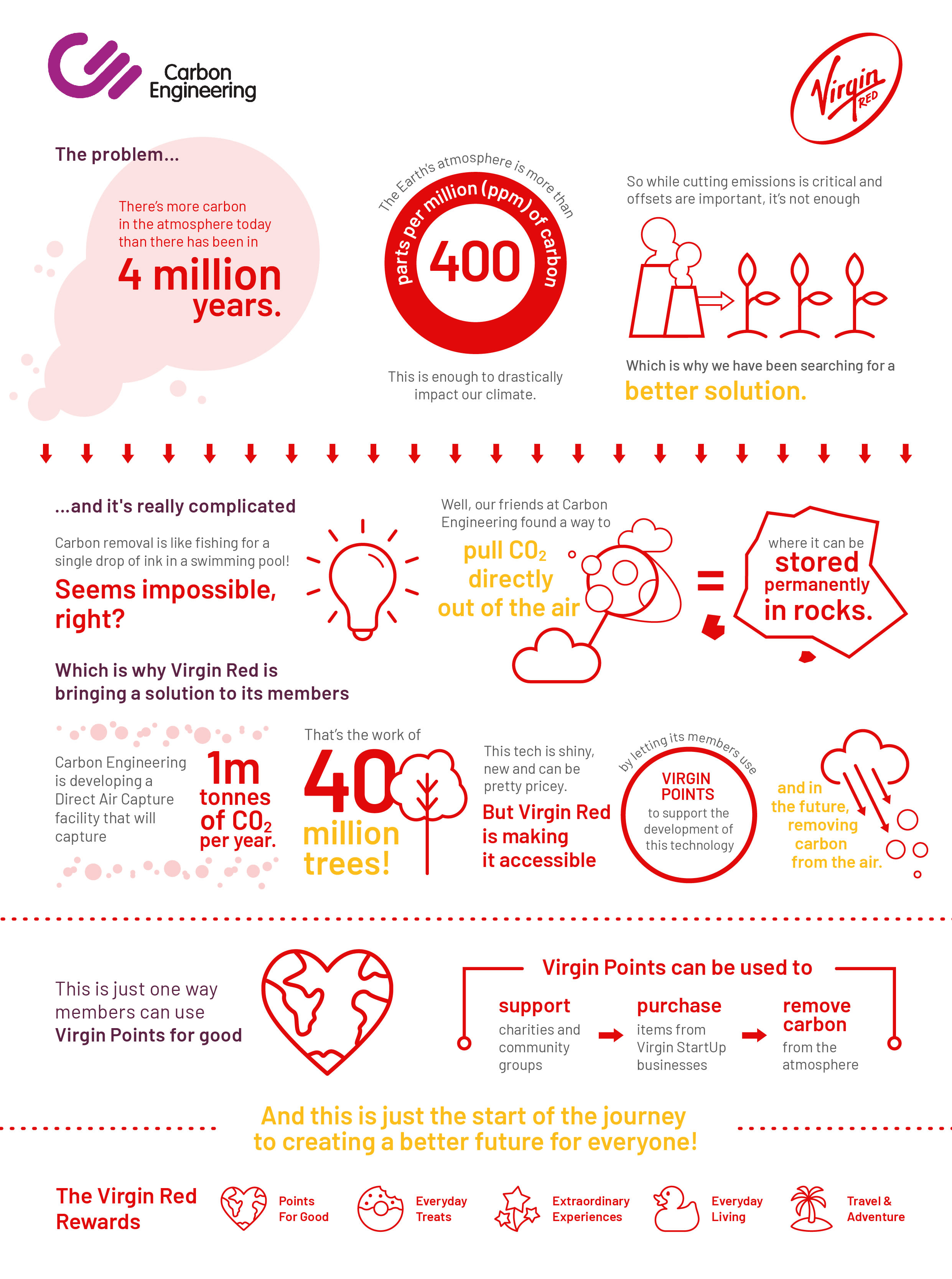 Virgin Red makes it easy for members to support local communities, charities and the environment – not just on Earth Day but every day of the year. It is the only rewards programme to allow members to make direct donations to Carbon Engineering and other social justice and community projects.

As well as Carbon Engineering, the Virgin Red’s Points for Good programme involves the opportunity to support eight other charities working in areas such as youth homelessness, cancer research, autism awareness and more. 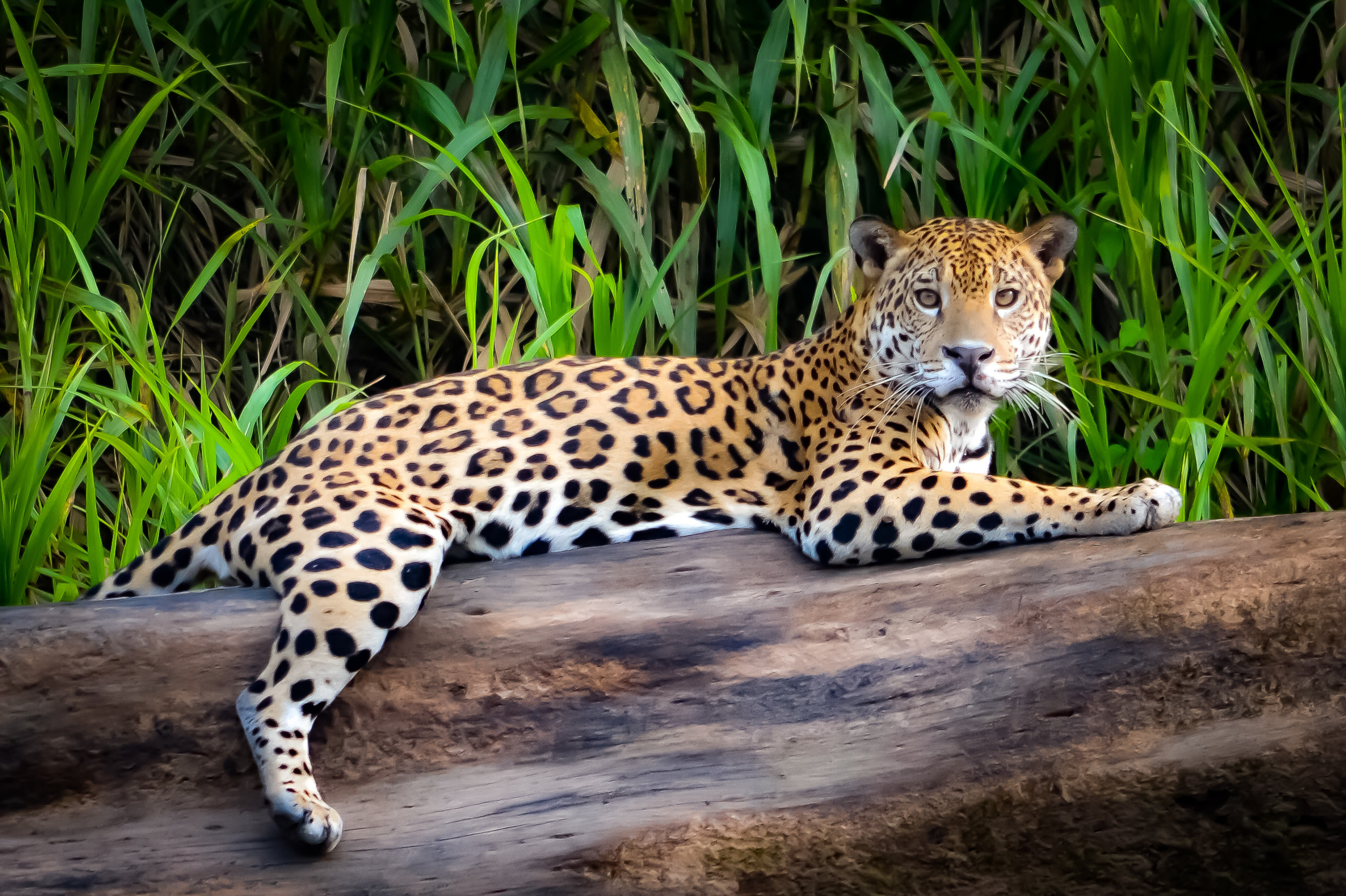 “Virgin has been changing business for good for more than 50 years, which is why Virgin Red is proud to be challenging the status quo and giving its members the option to not only support carbon removal technology but also support charities and Virgin StartUp businesses,” says Kelly Best, Chief Marketing Officer at Virgin Red. “No other loyalty programme in the world lets you do this.”

Carbon Engineering is based in a pilot plant in British Columbia, Canada, and has been removing CO₂ from the atmosphere since 2015. It is now aiming to extract one million tons of CO₂ emissions from the air per year from its commercial-scale DAC facility – equivalent to the work of 40 million trees.

Together, we can change the world and make it a better place.

Virgin Red members can use their points to contribute to this goal, helping to permanently remove harmful carbon emissions and protect the world’s fragile ecosystems.

There’s more carbon in the atmosphere now than there has been in four million years. Communities and environments worldwide rely on solutions like Carbon Engineering’s carbon removal work to urgently turn things around and create a better, brighter future.

Together, we can help facilitate this mass-scale rescue effort and make the world a better place for all. We only get one Earth –  it’s up to every one of us to save it.

Make a donation to Carbon Engineering’s ground-breaking green tech this Earth Day and have it doubled by Virgin Red. Visit Virgin Red to find out more and sign up if you’re not already part of our club. Here’s to a greener, happier future🌱

Earth Unscrewed: Sustainable start-ups having a positive impact on the planet