Clear the runway, and grab your rainbow flag, the Virgin Australia Pride Flight is returning for 2023 – bigger, bolder and more fabulous than ever before.

On sale from today, Virgin Australia Pride Flight services have been expanded again, with more than 1,000 Pride Flight seats available across five flights. 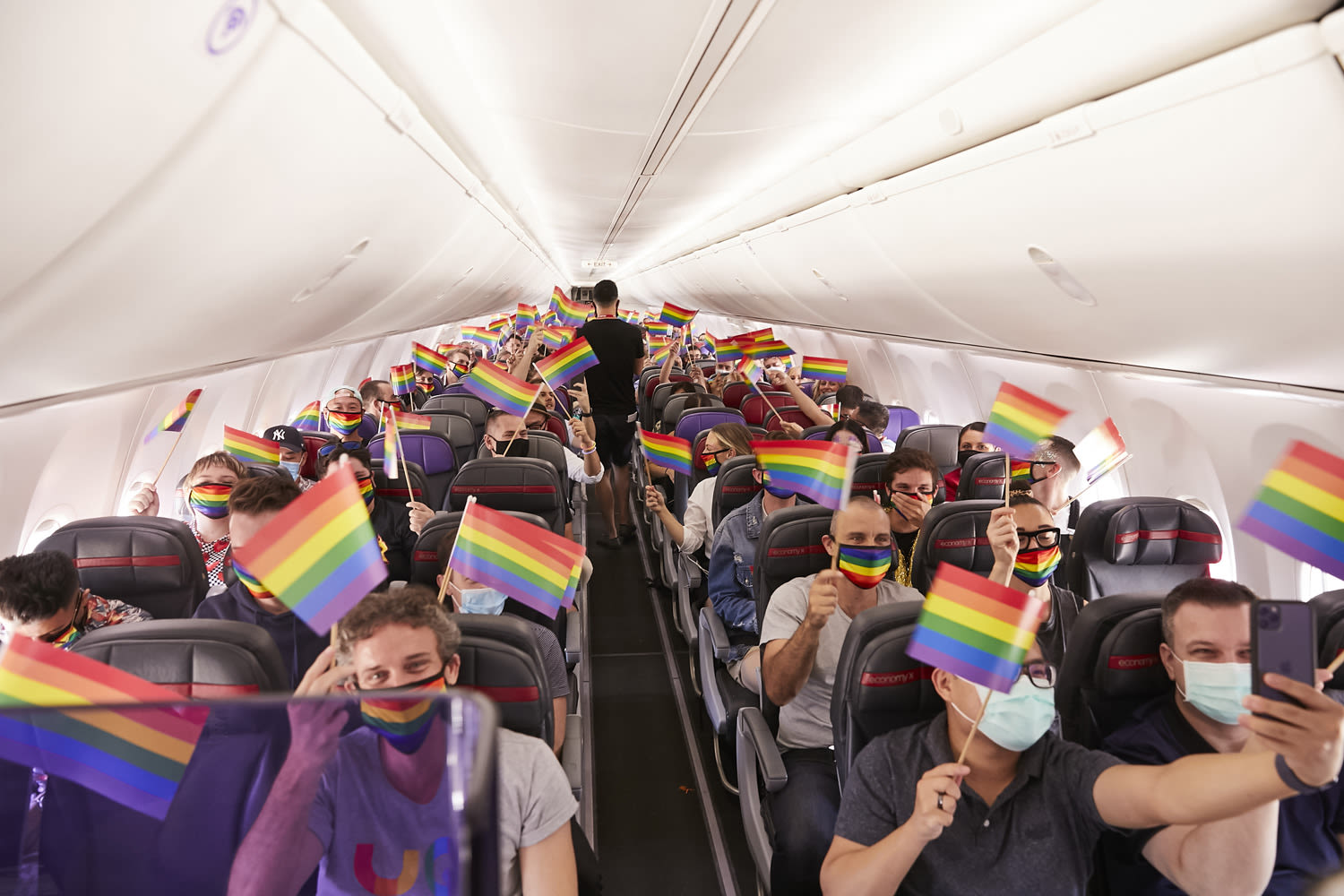 Virgin Australia’s Pride Flights will be hosted by RuPaul’s Drag Race Down Under stars Coco Jumbo, Karen From Finance, Kween Kong and Maxi Shield, along with some of Australia’s leading drag talent, including Barbie Q, Penny Tration, Philmah Bocks, Sexy Galexy and Tora Hymen. Flights from Melbourne, Brisbane, Adelaide and Perth will include a pre-flight departure party with special entertainment from local LGBTQ+ venues (Fluffy Sircuit, Mary’s Poppin’ and Connections Nightclub), celebrity appearances, inflight drag performances, bottomless beverages, dancing and all the glitter and glam you’d expect of a rainbow celebration at over 30,000 feet. 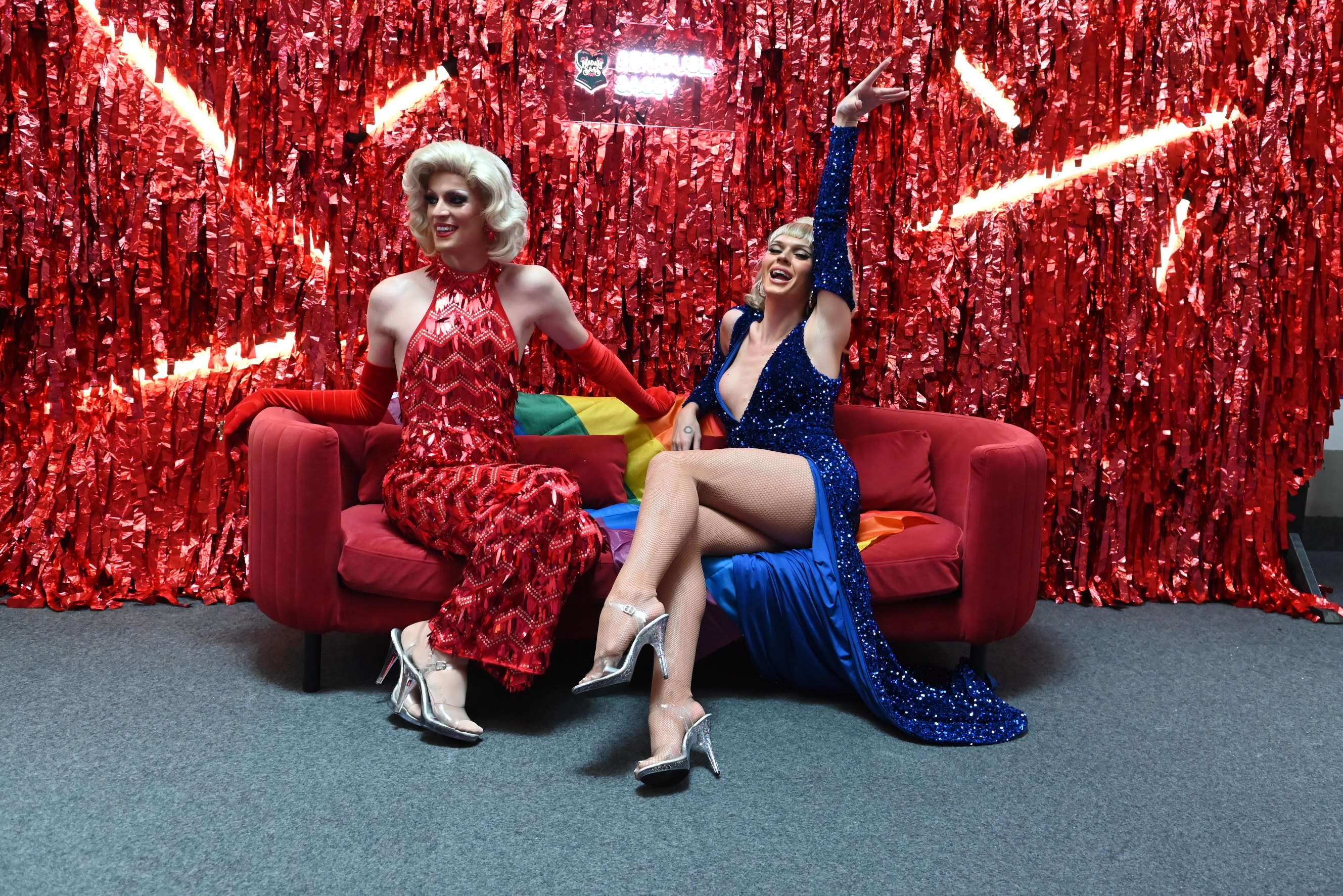 And if that’s not enough of a party, for the second year running Sydney’s iconic venue The Beresford will host the official Pride Flight Landing Party from 4.30pm until 8.30pm with Virgin Australia and United Airlines’ guests set to descend for complimentary drinks and entertainment, all included in the Pride Flight ticket price.

And in respect of the history of the community, Virgin Australia Flight numbers for the 2023 Pride Flights will represent significant dates for the LGBTQ+ community: 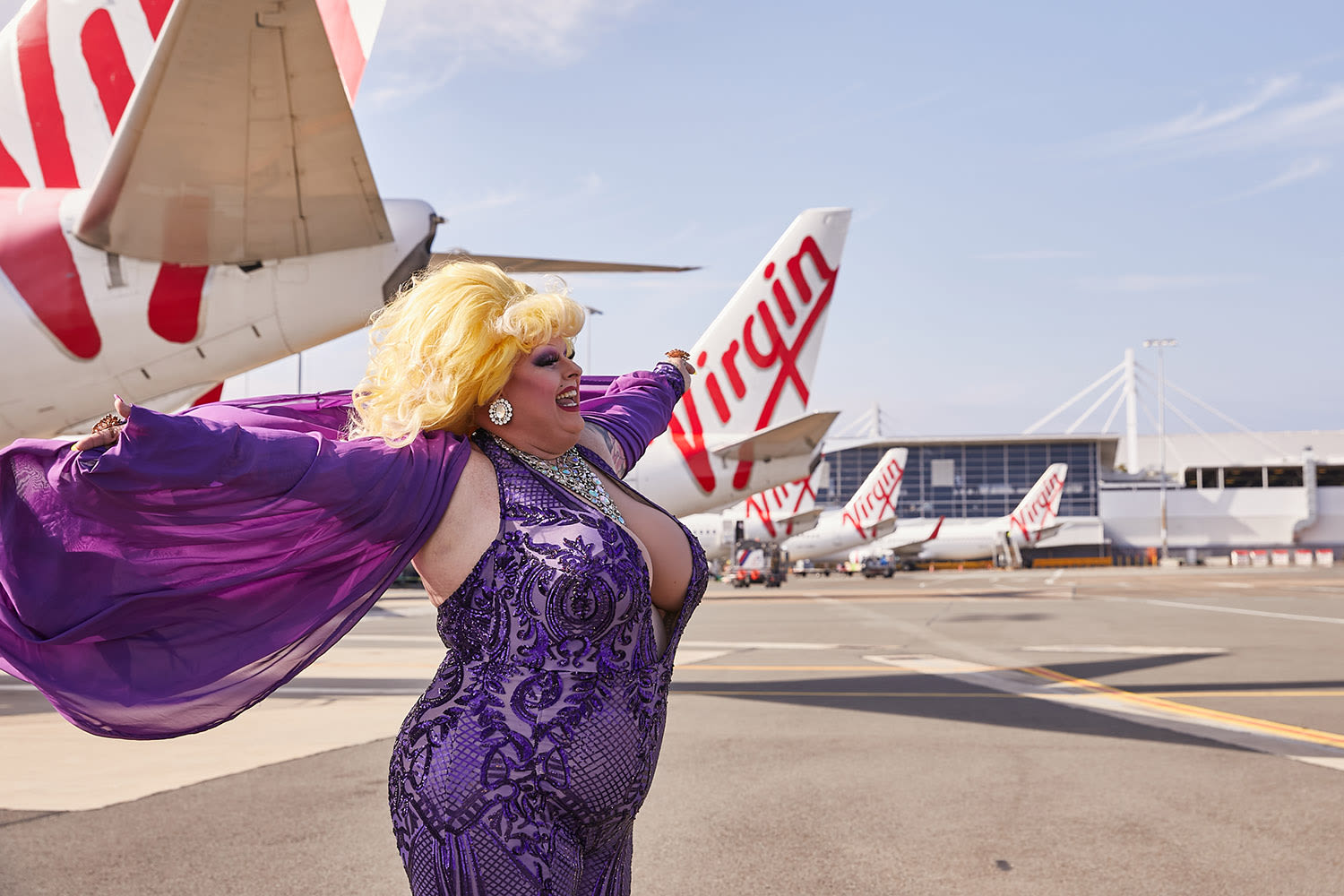 Virgin Australia Group CEO Jayne Hrdlicka said: “At Virgin Australia we pride ourselves on creating a fun, authentic and inclusive workplace and it’s incredibly important that we use our voice to champion the LGBTQIA+ community in the places we live, work and fly.

“Each year since our maiden Pride Flight in 2021, we have doubled Pride Flight services to Sydney, and 2023 will be no different – we’re excited to once again be flying even more guests in ‘Pride style’ to Australia’s largest gay and lesbian celebration in February. 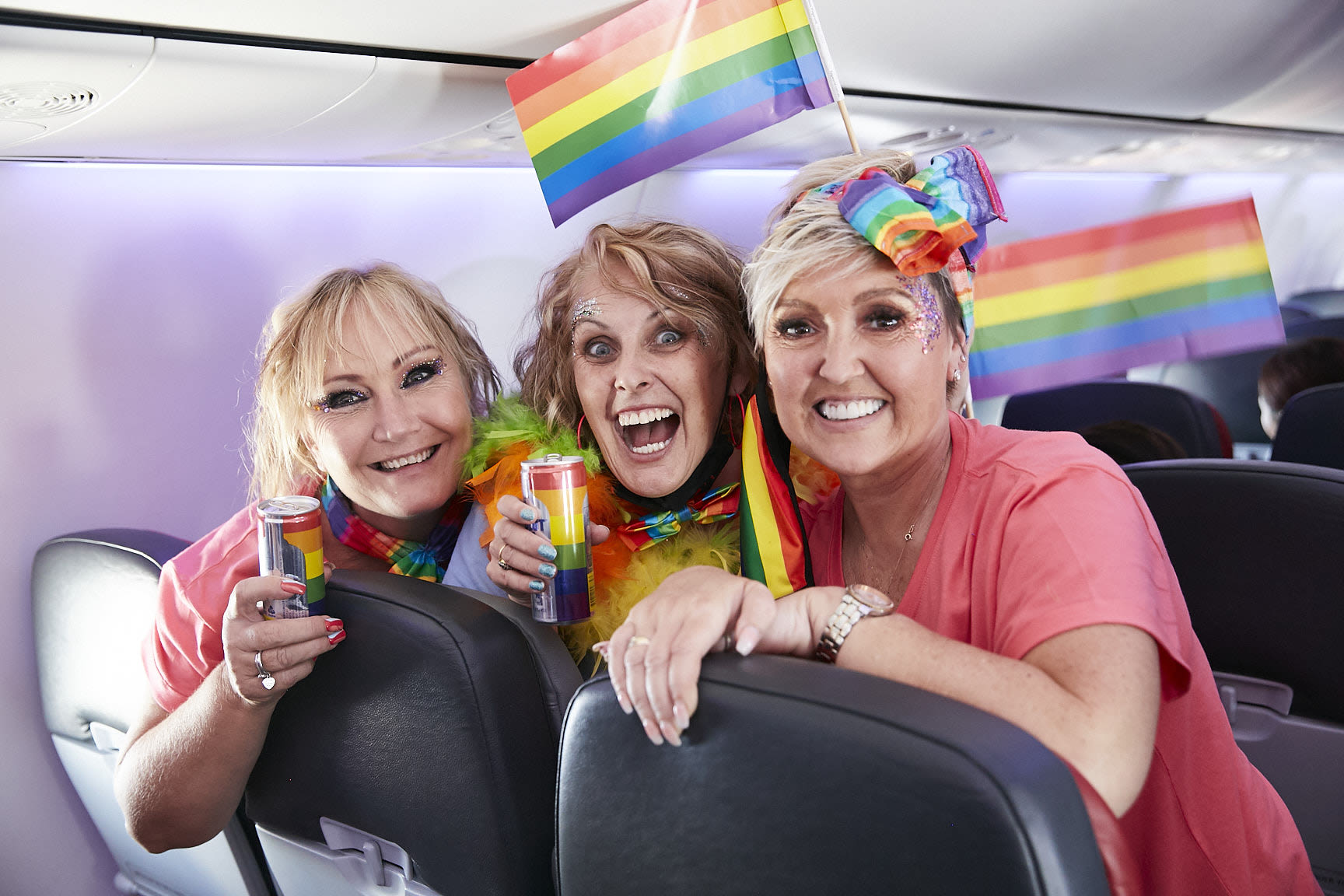 “We are also working with our incredible partners at United Airlines to offer a Pride Flight direct from San Francisco to Sydney. Together we are proud to join forces to expand the Pride Flight message across the Pacific.

“Like previous years, $30 from the sale of each domestic Pride Flight ticket sold will be donated to Minus18, an Australian charity improving the lives of LGBTQIA+ youth. They do such crucial work and it’s a privilege to support their mission.” 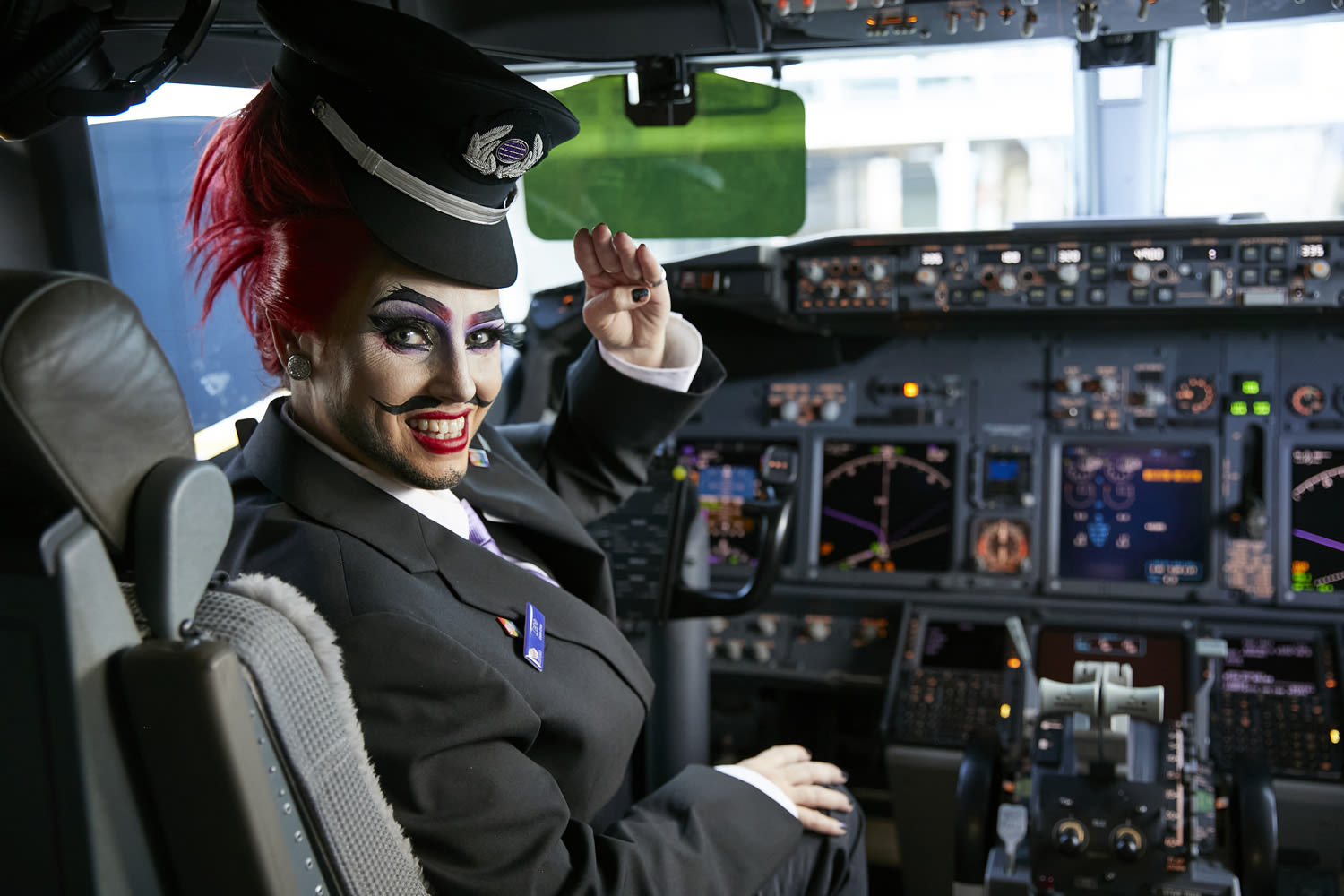 Richard Branson and Virgin have supported the LGBTQ+ community over many decades. In 2019, Virgin Atlantic made history with the world’s first ever Pride flight, marking the 50 year anniversary of the Stonewall Uprising.

Tickets for the 2023 Pride Flights are on sale now – and they’re going to go quickly so make sure you don’t miss out. Visit Virgin Australia to find out more and book your seat on one of the Pride Flights now.

Pride celebrations with the Virgin family