What I’ve read this year

I’ve really enjoyed reading a huge variety of different books with my Literati book club this year - there have been so many fascinating discussions and thought-provoking insights.

Here’s what we’ve been reading:

I think everyone should read the book Just Mercy – it will really make you think about capital punishment and why it deserves no place in the world.

The author, Bryan Stevenson, is one of the most renowned defense attorneys in America today. As the founder and executive director of the Equal Justice Initiative in Montgomery, Alabama, he has won relief for over 135 death-row prisoners.

The book tells the true story of Bryan’s efforts to free Walter MacMillan, a Black man in Alabama wrongfully sentenced to die in 1988 for the murder of white woman. While it is ultimately a story of hope, it is also a damning indictment of a system still characterised by discrimination, error, and unimaginable cruelty.

The Dice Man by Luke Rhinehart 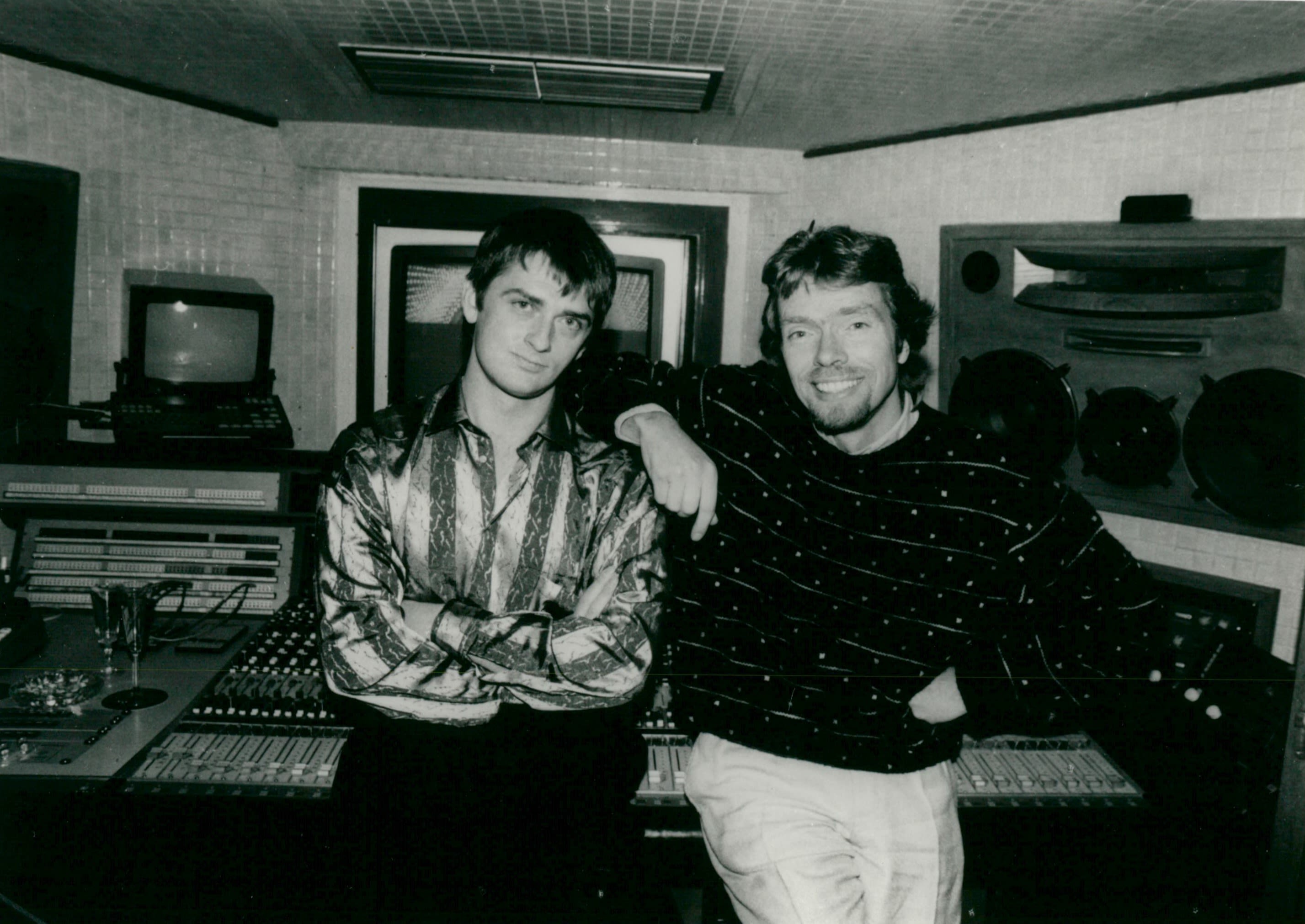 When we started Virgin Records, I decided to take a novel approach to signing bands. I had just read Luke Rhinehart's wonderful book The Dice Man, and decided to follow its teachings. This meant compiling a list of potential actions, rolling a dice and going along with whatever number the dice landed on.

I love the element of chance, the sense of fun and adventure, and how Luke’s philosophy encourages embracing risk. I didn’t keep using the book to influence my decisions for very long, but it is such an entertaining read that it has always stayed with me. If you haven’t read it yet, I would highly recommend it.

Just Kids is part memoir, love story, and eulogy. It recounts Patti and Robert Mapplethorpe’s early days in New York City – where they evolved from skinny wallflowers to leather-clad cultural icons. As lovers, friends, collaborators, and mutual muses, Patti and Robert shared a life-long bond. The day before Robert died of AIDs in 1989, Robert asked Patti to document their youth and how they became artists. Just Kids paints the perfect portrait of their relationship, and how through art, lyrics, hunger, heartbreak, hazy bars, untuned guitars, and a hotel lobby – they each became themselves. 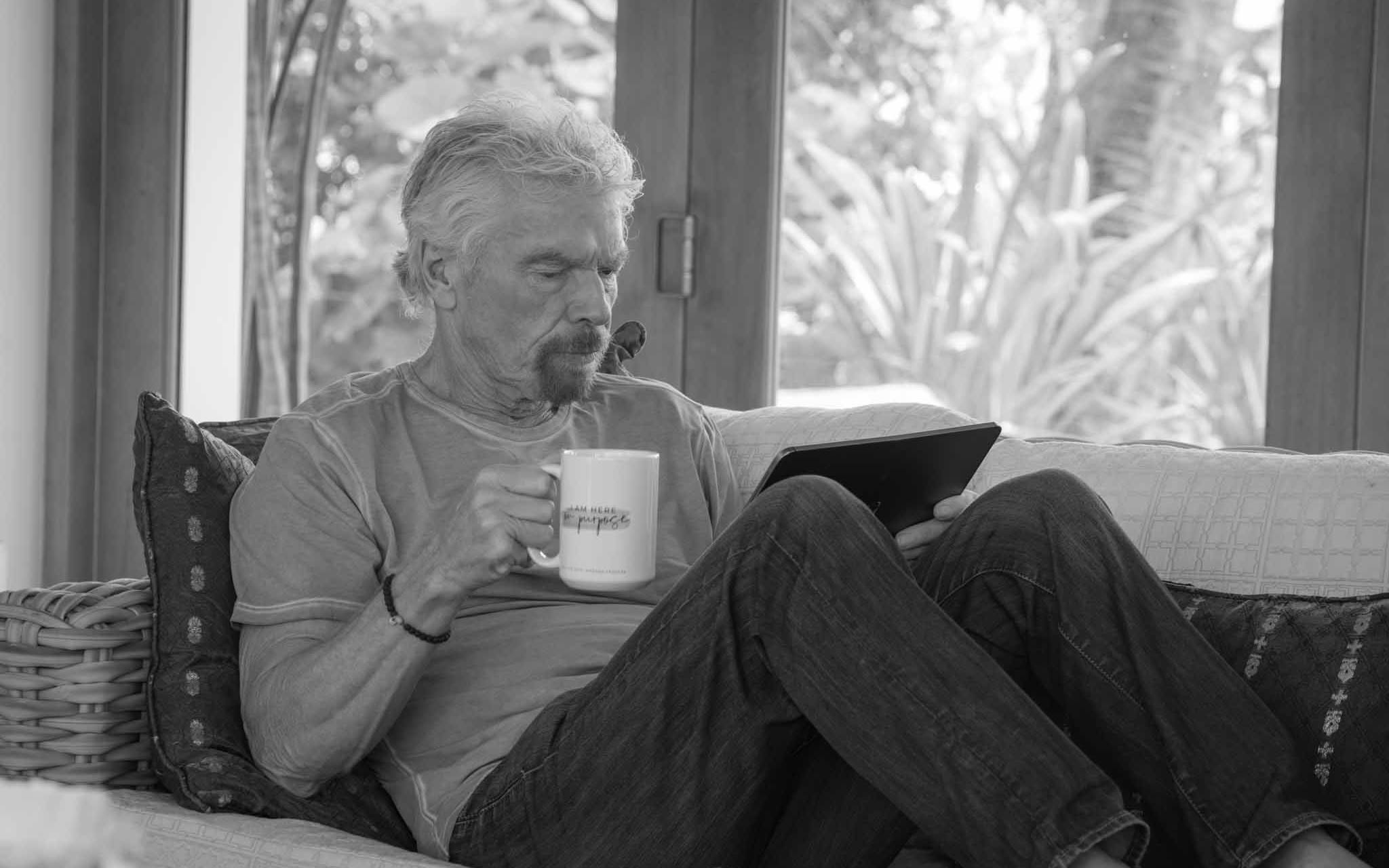 As I mentioned to Patti, what I love the most about Just Kids is that it is not about their success. I think a book about success can makes for a bit of a boring story. Just Kids is about their struggles and their striving. It’s also a shared journey, where they saw life through one another’s eyes, and it’s all the richer for it. It shows that beyond success and fame, life is made richer by the people around you, and it is always better together.

Happiness: A Guide to Developing Life’s Most Important Skill by Mattheiu Ricard

Have you ever held happiness in your hands? If you read this one then you have! In all seriousness, Happiness is a book I wish I could hand to my younger self. I’ve often said that happiness isn’t the result of success; happiness can only lead you towards it. A biochemist turned Buddhist monk, Mattheiu Ricard reframes the very idea of happiness as a skill, masterfully blending mindfulness with science to present wisdom that is both tangible and practical. This is a book you will want to revisit many times over. If you’re like me, you’ll be happy to do so.

Start With Why by Simon Sinek 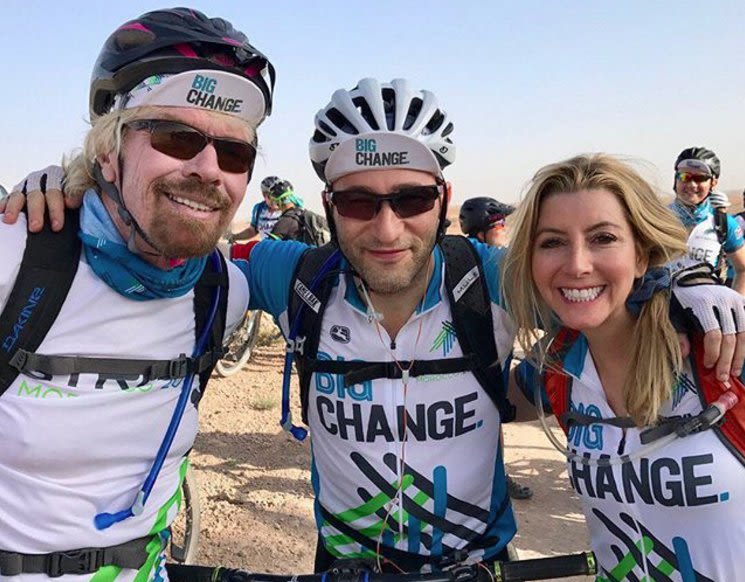 Simon Sinek has an amazing way with words, and a voice we should all listen to. I picked one of his earliest books, Start With Why, for my Literati book club as it’s one of the few business books that I truly enjoyed.

Simon’s understanding that it doesn’t matter what you do, but why you do it is such an important lesson in life. It gives us more meaning, more motivation and it helps us stay on the right path. I also think it’s critical to running a business and being a good leader. As Simon writes: “People don’t buy what you do, they buy why you do it.” If you don’t understand why you’re doing something and if you’re not passionate about it, it’s harder to create something unique and something that adds value to people’s lives.

The Art of Pollination by Martin Flanagan 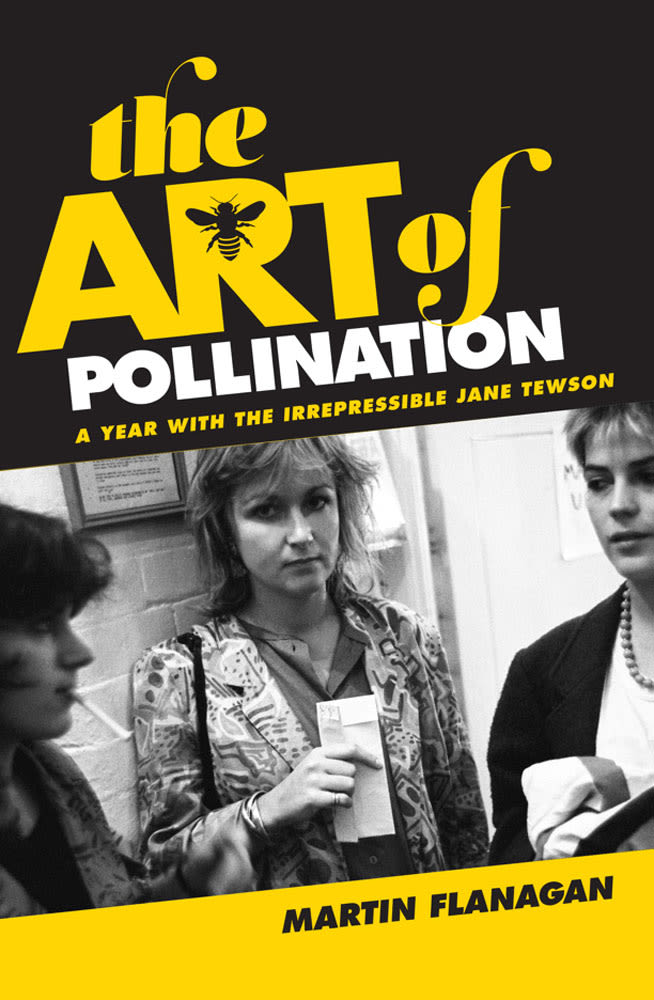 The book tells the story of Jane Tewson – a woman I really admire, who has a story everybody should know. I’ve been fortunate to know Jane since we were in our twenties. She was the brains behind Comic Relief, a long-standing trustee of Virgin Unite, and also runs her own charity Igniting Change. As an unassuming force of nature, Jane quietly goes about transforming the world and lighting up lives wherever she goes.

The Art of Pollination is a book that masterfully gets to the heart of what makes Jane Tewson and Igniting Change such unique, uniting powers. Martin Flanagan, a wonderful writer, really digs deep into how and why Jane’s impact is so profound, and he makes it a really compelling read too.

I Am a Girl From Africa by Elizabeth Nyamayaro

I’ve always believed that the biggest challenges of our time also present the biggest opportunities. This is why we started Virgin Unite – to bring together people and use entrepreneurial ideas to find solutions that create a better world.

Someone who lives by this belief is an incredible humanitarian and author called Elizabeth Nyamayaro. I Am a Girl From Africa recounts Elizabeth’s life journey – from nearly starving as a child in Zimbabwe, through to working on the forefront of global development. Her story is such an inspiring reminder of our common humanity and the power of persistence. Wind, Sand and Stars is a gripping and lyrical autobiography of aviation pioneer Antoine de Saint-Exupéry. Reading it, I gained a great deal of appreciation for the skill and craftsmanship required to fly, but this memoir also shifted my worldview. Antonie Saint-Exupéry believes we all have innate potential that must be nurtured through taking risks and setting challenges. He is as fascinated by the Earth and the people that live on it as the skies he flies through.

I chose this book because I believe it offers an invaluable outlook on human nature. So much so, I think everyone should read it before setting off into life’s unknown territory.

‘The Emerald Mile’ reminds us that our greatest limitations are often the ones we put on ourselves. The book takes us back to the spring of 1983 when a massive flood hit the Colorado River and the Glen Canyon Dam engineers were faced with an unprecedented emergency. It tells the parallel stories of the engineers whose efforts avoided what could have been the most catastrophic dam failure in history, and the story of three boatsmen who launched a hand-built wooden dory down the rushing waters to become the fastest ever boat ride down the Colorado River.

It is a true story that reminds me of fictional adventures I loved in my youth, and the world record-breaking attempts I’ve made as an adult!

Masters of Scale by Reid Hoffman 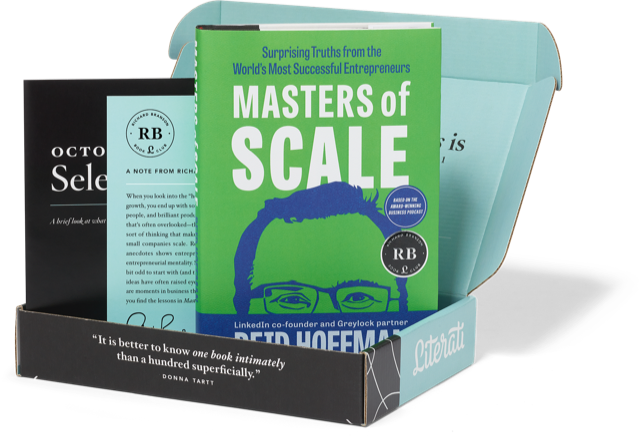 Learning to think like an entrepreneur can help you solve problems and grow in all areas of your life. This book made for many fascinating discussions around overcoming failure and learning which opportunities to pursue and which to leave behind. It’s always good to challenge your own assumptions and hear about other founders’ entrepreneurial journeys. If there’s one thing I have learned as an entrepreneur – it’s that we should never stop learning.

A Promised Land by Barack Obama

Of all of the leaders I’ve met in my life, President Barack Obama is one of the few who left an enduring impact on me. Barack is one of those extraordinary leaders who always lifts my spirits whenever we meet, and I know it’s because we share a similar vision for the future - his big smile and sense of humour certainly help too! A Promised Land is a raw and gripping look into his first term—an intimate telling of how he strived to achieve his goals for a better tomorrow, while dealing with the most difficult issues of today. This memoir is an absolute delight to read. To people all around the world he was known as “our president”—a true world leader. But to me, he is also a teacher and lifelong friend. 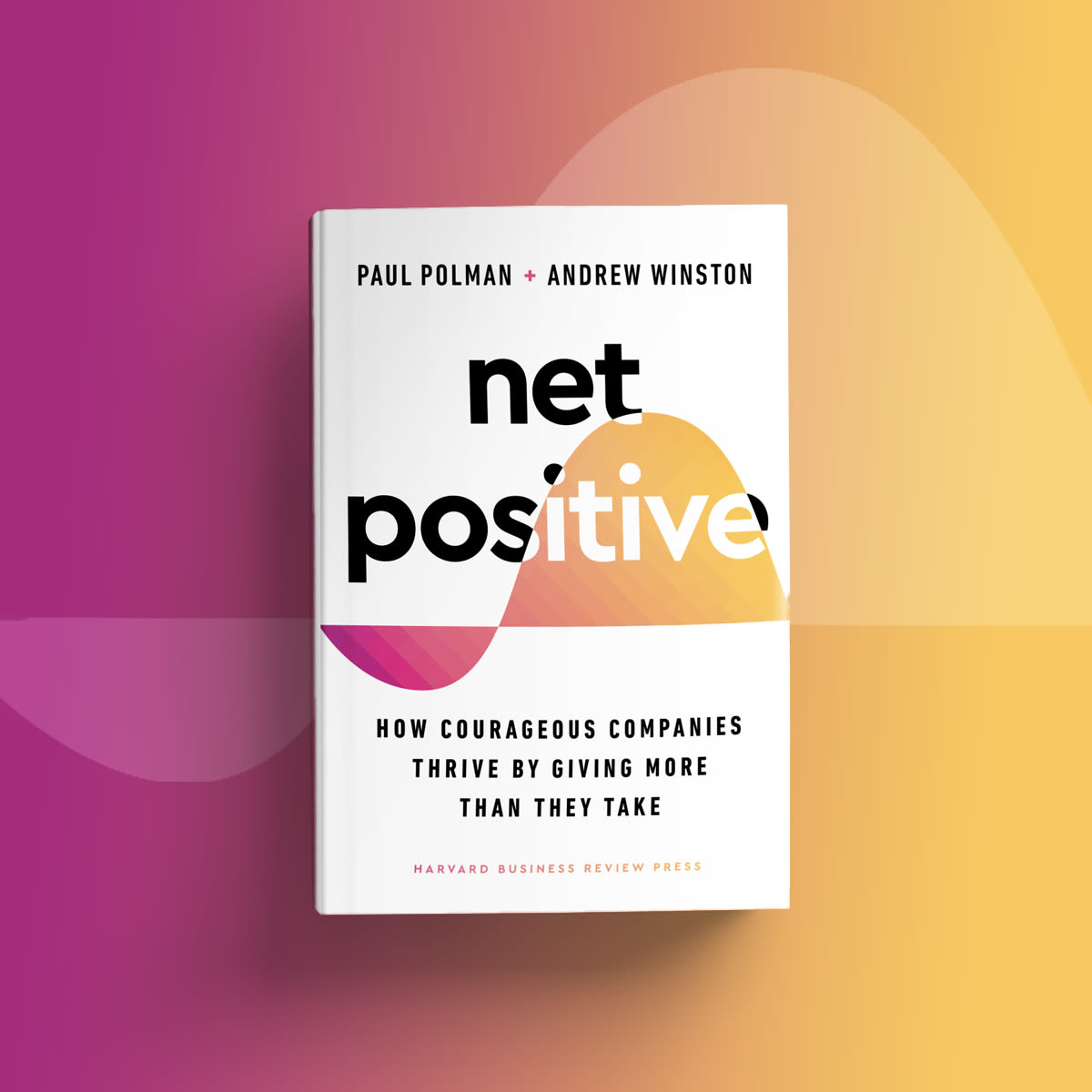 I’ve long admired Paul Polman and his commitment to purpose-led business as former CEO of Unilever and a fellow leader of The B Team. When he teamed up with sustainable-business expert Andrew Winston to write Net Positive, I knew it would be a crucial read for business leaders all over the world.

The words won me over with their relentless optimism and sharp-eyed vision of a sustainable future, where purpose-driven companies put people and the planet first. Our mission at Virgin is to ‘change business for good’ and books like this remind me why this is so important.. I whole-heartedly believe that large-scale change is possible—if businesses focus on making the world a better place.

Head over to Literati to join my book club.

Reading Masters of Scale with my Literati book club