A few years ago, I blogged about our rescue mission to Baghdad in 1990 to bring home a plane full of hostages. I was recently sent a copy of the original letter I sent to Saddam Hussein and it brought the memories flooding back. 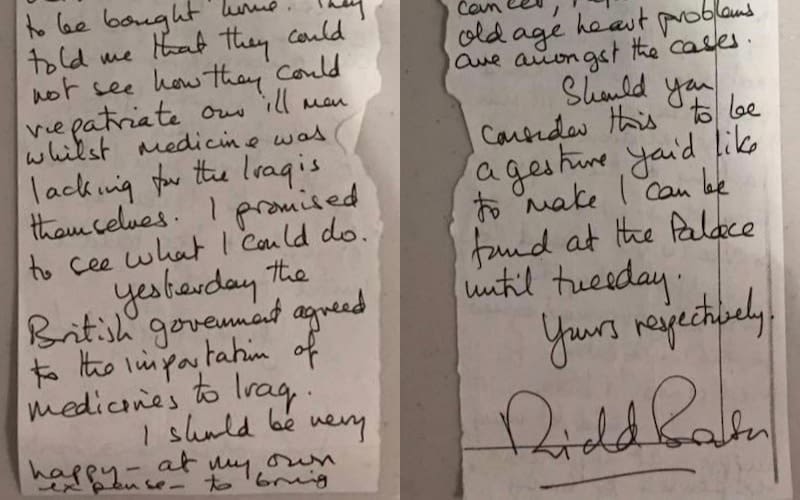 It’s a story that begins in 1990, I had just turned 40 and Saddam Hussein had invaded Kuwait. I was contacted by King Hussein and Queen Noor of Jordan. They were friends who I had taken up in a hot air balloon over Amman. They told me there were 150,000 refugees who had fled from Iraq into Jordan in makeshift camps with no water and no blankets.

In response, along with help from UNICEF, the Foreign Office, the Overseas Development Office, the Red Cross and Sainsbury’s, we removed all the seats from one of our Virgin Atlantic planes and flew it to Amman. We sent over 40,000 blankets, several tons of rice and medical supplies.

On arriving back in the UK, it was clear our work had only just begun. I saw chilling footage of Saddam Hussein surrounded by British and other nationals who were still detained in Baghdad. When he sat down and patted a young boy’s shoulder while addressing the camera, I thought how it could have been my own son Sam, and was determined to help find a way bring the hostages home. 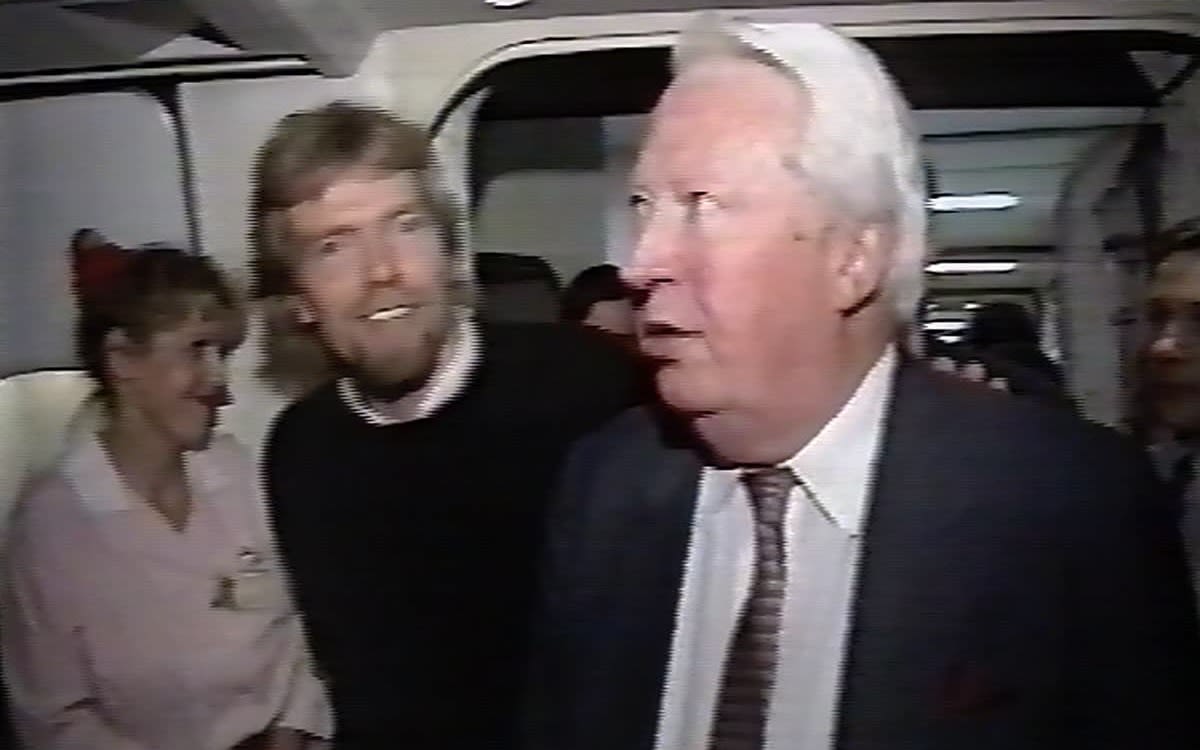 I had no idea how I would set about it but I knew that Virgin Atlantic had an aircraft and that, if we could somehow obtain permission to fly into Baghdad, we would be able to pick up any hostages whom Saddam Hussein agreed to release. I decided to fly out to Amman to discuss the problem with King Hussein, who knew Saddam Hussein well.

While staying with King Hussein, I drafted a letter to Saddam Hussein. I told him that I was staying in Amman and asked whether he would consider releasing any of the foreigners who were unwell. I also offered to fly in some medical supplies to Iraq as a gesture of goodwill. King Hussein’s secretary kindly translated my hand-written draft letter into Arabic, added a covering letter and sent it by messenger to Baghdad. I found out many years later that she had kept hold of the original note for all of this time.

Two nights after I returned to the UK, I got a call from King Hussein. He told me that Saddam Hussein would release the women, children and sick hostages, but that he wanted a prime minister or former prime minister to fly in to ask him publically to do so. I rang Ted Heath, the former Conservative British prime minister, and he agreed to it. The next day, we flew him out to Amman, where King Hussein arranged for him to go to Baghdad. 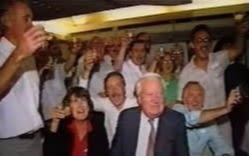 As we set off from Gatwick to Baghdad on 23 October 1990, we were all excited but understandably nervous. The crew on-board were all volunteer crew and I also knew that plane the was just one of four 747s that Virgin Atlantic operated and knew that if the plane was destroyed that we didn’t have loss of business insurance and the airline would almost definitely go bust. Also none of us particularly wanted to join the other the hostages in Baghdad!

We sat huddled at the front of the plane, a strange collection of the hostages relatives, doctors, nurses and Virgin cabin crew. The remaining 400 seats behind us were empty.

Arriving into blacked out Baghdad was unnerving.  We were met by lines of machine gun-toting soldiers and a couple of government officials at the deserted airport. The hostages’ relatives remained on board as we grinned at the strange mixture of uniformed soldiers and cabin crew - the soldiers grinned back. We handed out presents for the soldiers’ families, before Ted Heath and Saddam Hussein emerged with a big crowd of men, women and children and everyone embraced. Ted and Saddam were smiling and laughing and clasping everybody by the hand.

We soon realised we couldn’t take everyone back with us. After an hour we were told to get back on the plane. While we celebrated the rescue we also cried for the many people left behind – including the soldiers who were soon to face an enormous military attack.

Relatives held loved ones they worried they had lost, and emotions were raw. As we left Iraqi airspace, a huge cheer went up and the party started. Arriving home, it dawned on us that a little bit of history had been made. And to still have the original letter almost 30 years on is quite special.