Image from Sonya Revell
by Virgin

Kim Cameron is a locomotive engineer (or train driver, if you prefer) for Virgin Trains USA’s express service from Miami to West Palm Beach, which is about to be expanded to serve stations to Orlando. She shares how her time in the military has helped in this job…

There’s no question that the job of locomotive engineer is a rewarding and lucrative career path, with lots of unique opportunities. My work day is pretty regular but very satisfying. When I arrive at the train yard, I receive my orders, which govern my movements for the rest of the day on the train. After reviewing our orders and safety protocols, we move on to the first station, where we pick up our guests. Then we do another updated job briefing.

At present, the train line is being updated, including upgrades to our tracks and signal system. It may be a little calmer in the future, but there’s a lot going on right now – things that have to be replaced and tested along the way, as well as normal day-to-day operation. It means I’m pretty busy!

I served in the military for 18 years, so I’m used to a certain way of working; it’s very different in civilian life. In the army, you have to be able to adapt to different circumstances – to be able to analyse situations or instructions that you’ve been given, and make last-minute changes. That ability to analyse and to adapt if you see a better way of doing things is something that I feel is a strength that I have brought from the military into the civilian sector. There’s not a whole lot that gets me worked up in my everyday job. 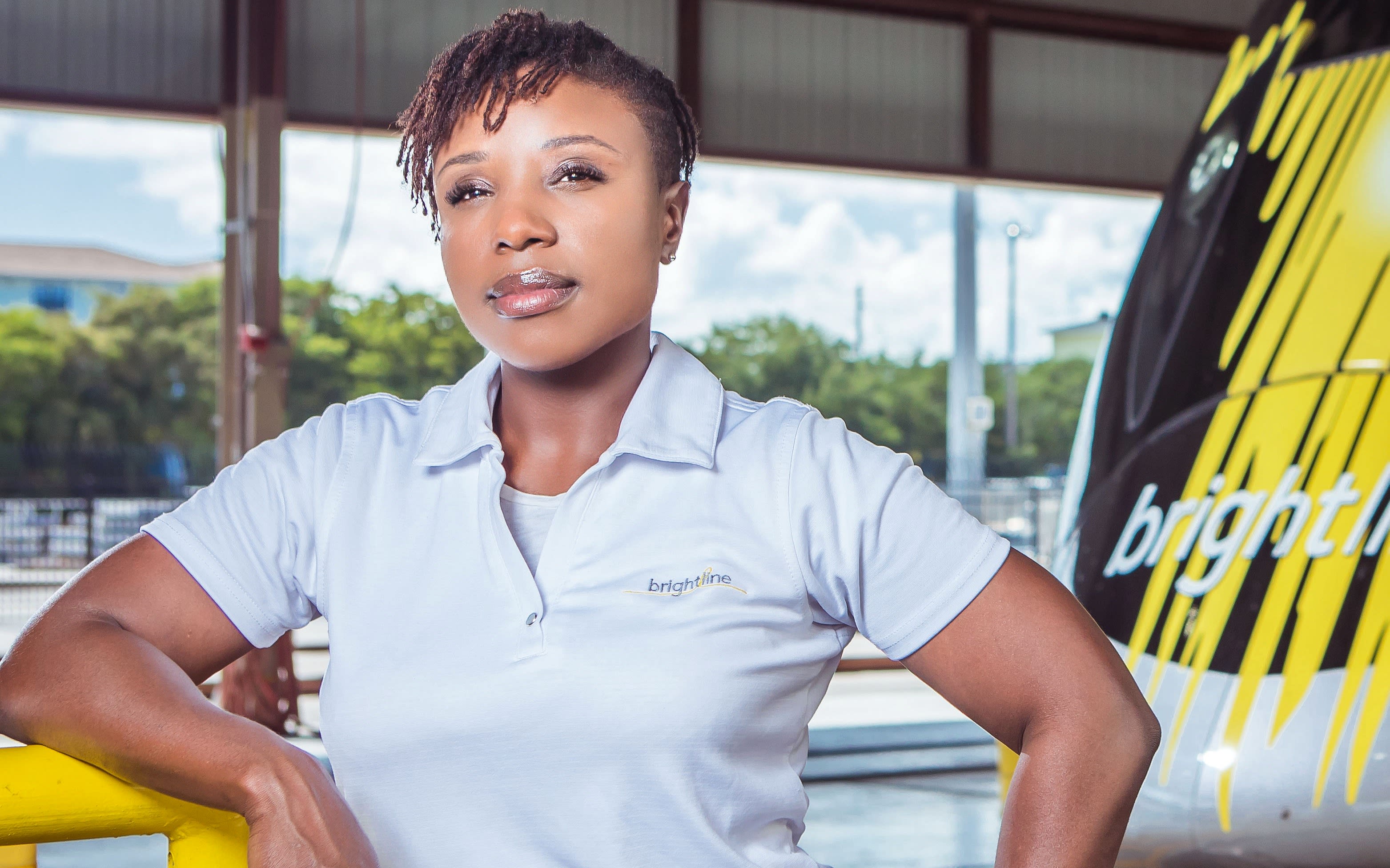 In the military, when you’re able to suggest or bring about a new idea, you do it in a format – you bring it up your chain of command, and it’s taken into serious consideration. I’ve found that in many civilian organisations, you don’t get the opportunity to have your thoughts heard – company structure often means that if it’s not coming from a certain person in a certain position, it’s not taken seriously.

At Virgin Trains USA [formerly known as Brightline], though, I’ve been impressed that my ideas have been heard and I’ve actually managed to make a change. I was the first conductor to be hired by Brightline. As time went on, we started running more trains, which meant we needed more engineers. In the beginning, the opportunity was not opened up to anyone from within the company. You had to be already certified as a conductor or an engineer to come to the company, because we don’t have the training programme to certify federally. I felt that, as the number-one conductor, although I’d been here a while, people were going to keep getting promoted over me and progressing over me. So, I fought for that to change.

Another conductor and I went to our superintendent and voiced how we felt – that we couldn’t see ourselves progressing with the policies that they had in place. As a result, they re-evaluated, and they introduced a training programme for employees to move up. And that’s how I became a locomotive engineer. This is one of the examples of the management team listening to their teammates and what they have to say. 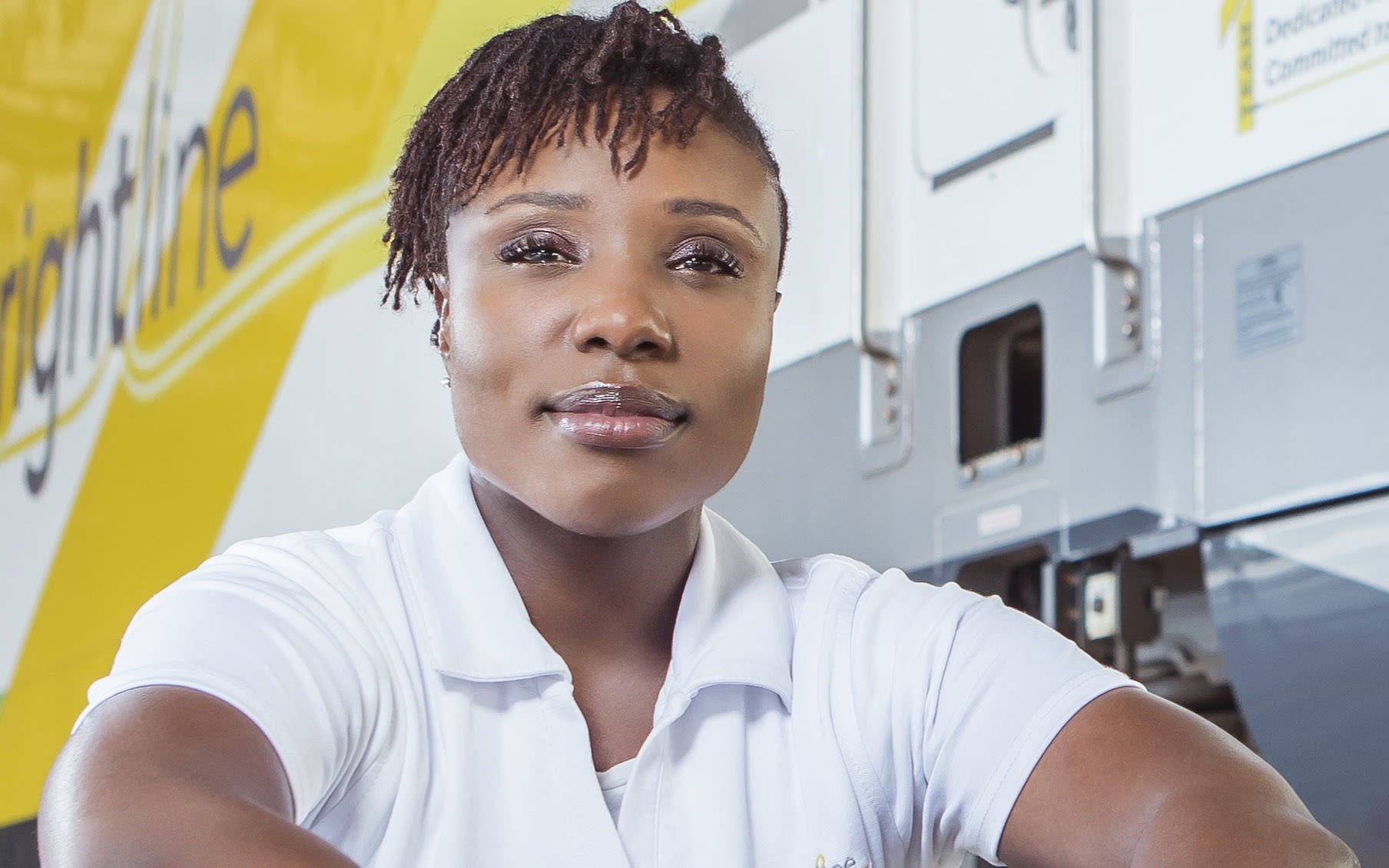 The military has its structure for a reason. It’s a very large organisation, with many moving parts. At the end of the day, people’s lives are at stake, so I really get the strictness.

I’ve been deployed to Iraq twice. The first time was in 2005-6, when I was only 21. The rules of engagement were a lot different back then; things were pretty dangerous. I was a petroleum specialist, dealing a lot with fuel, lubricant and different hazardous materials. My job was mostly refuelling vehicles and aircraft, managing a fuel site and keeping accountability. My second deployment to Iraq was in 2009-10, when it was supposed to be peacetime. But I did route security – convoy security – which means that we secured logistical supplies while they were being transported from one location to another. So that mission ended up being a lot more dangerous than the first.

Being in the military changed my life and my perspective on life. I had been planning to go to college and study to become a nurse. But I don’t regret a thing: I’d probably have been a horrible nurse! The army gave me a sense of cohesion from the relationships that you build in that environment, where you know you have to depend and rely on each other. I still talk on a regular basis with what we call ‘battle buddies’.