Virgin Hyperloop has released new images of what the demonstration hyperloop track and depot will look like at its first site in India.

The designs, created by architects Bjarke Ingels Group (BIG), show how the hyperloop system will fit into the natural landscape in Wakad, a suburb of Pune – the second largest city in Maharashtra, after Mumbai.

The Government of Maharashtra recently recognised hyperloop as a public infrastructure project, putting it alongside other, more traditional forms of mass transit. This sets it up to be the first hyperloop project in the world.

Jakob Lange, partner at BIG said: “India has historically been a pioneer in railway systems since the early 19th century and with the Hyperloop in Pune this will be the latest innovation in over a century. We’re excited to see the effects of this new iteration of transportation and how it will proliferate local urban development, economic growth and beyond.” 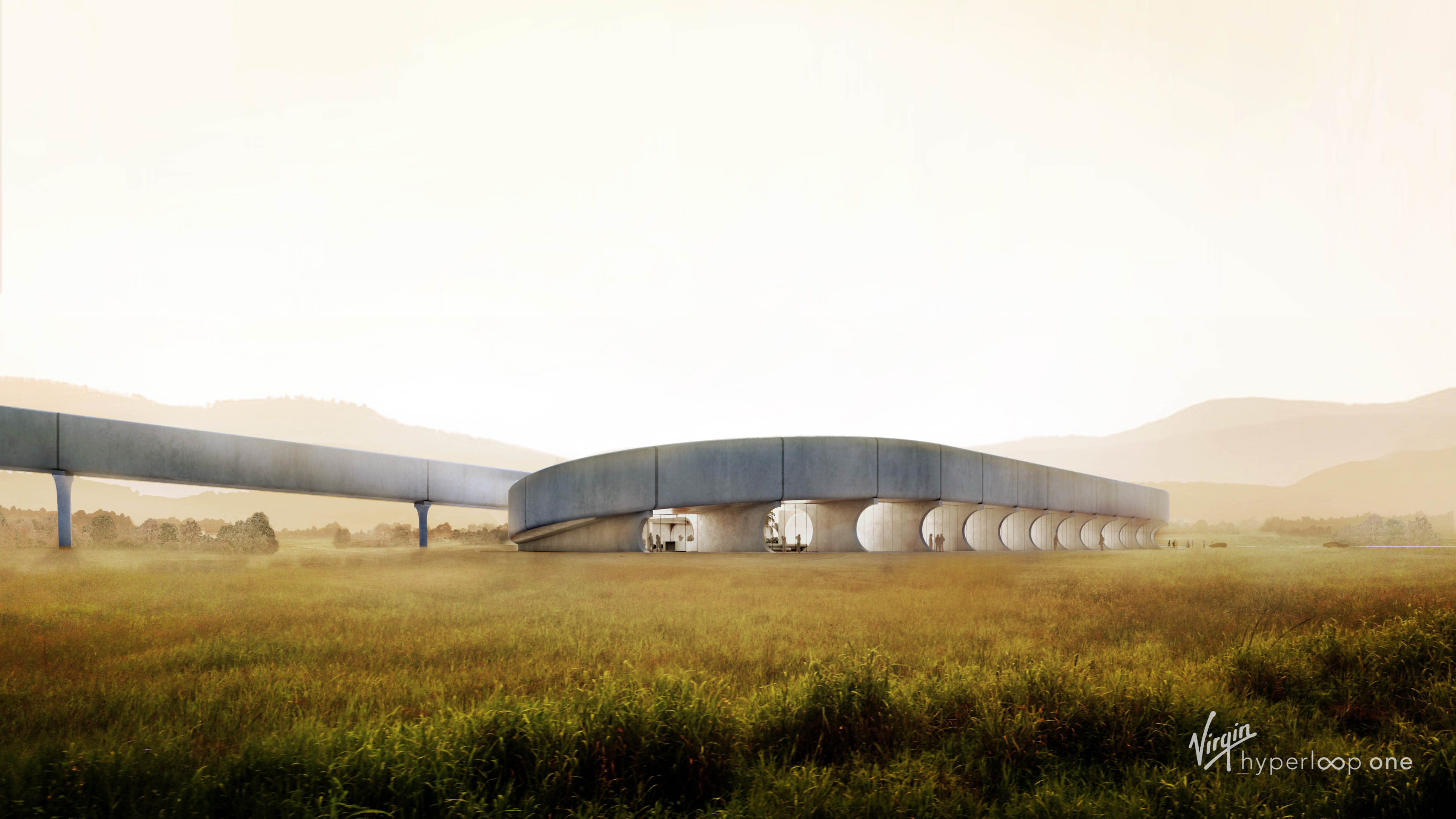 The route between Pune and Mumbai will bring around 1.8 million new jobs to the region when it is up and running, Virgin Hyperloop is predicting. The depot will be built using materials sourced nearby to support the local economy.

“The Pune to Mumbai Hyperloop route is well on its way to becoming the first of its kind transit option, creating new economic opportunities for hundreds of millions of Maharashtra residents. But that’s just the beginning,” said Harj Dhaliwal, managing director of India and the Middle East for Virgin Hyperloop.

“These renderings allow us all to envision a future in which Maharashtra becomes a global supply hub to support hyperloop projects around the world with manufacturing, design, and engineering support services. Not just Hyperloop’s first home, but a global leader for the first new mode of mass transportation in over 100 years.”

Currently there are 75 million passenger journeys between Mumbai and Pune each year – a figure which is expected to grow to 130 million by 2026. Virgin Hyperloop’s system can meet this growing demand by supporting as many as 200 million passengers annually, transporting them from central Pune to Mumbai in less than 35 minutes, instead of the existing three and a half hour journey.