In little over a year, more than a million people have ridden the Brightline (soon to be known as Virgin Trains) rails as it has grown to become a vital part of South Florida’s transport network.

Since opening the nation’s first privately-funded intercity railway in January 2018, and launching a full running service in May 2018, Brightline, has provided a stress-free travel solution across The Sunshine State. The rail network seamlessly links major destinations including Miami, Fort Lauderdale and West Palm Beach.

“This milestone shows the demand for new ways to travel and the need for greater connectivity in South Florida and other areas of the country.” said Virgin Trains USA president Patrick Goddard. “While we’re still in the adoption phase, our inaugural year showed great promise and tremendous opportunity to reinvent passenger rail in America.”

The environmental impact of this figure is huge. By providing visitors and tourists with an alternative to driving, Virgin Trains USA has helped to reduce the number of car trips made by 400,000, which in turn has contributed to reducing 15 million pounds of polluting emissions from the air. 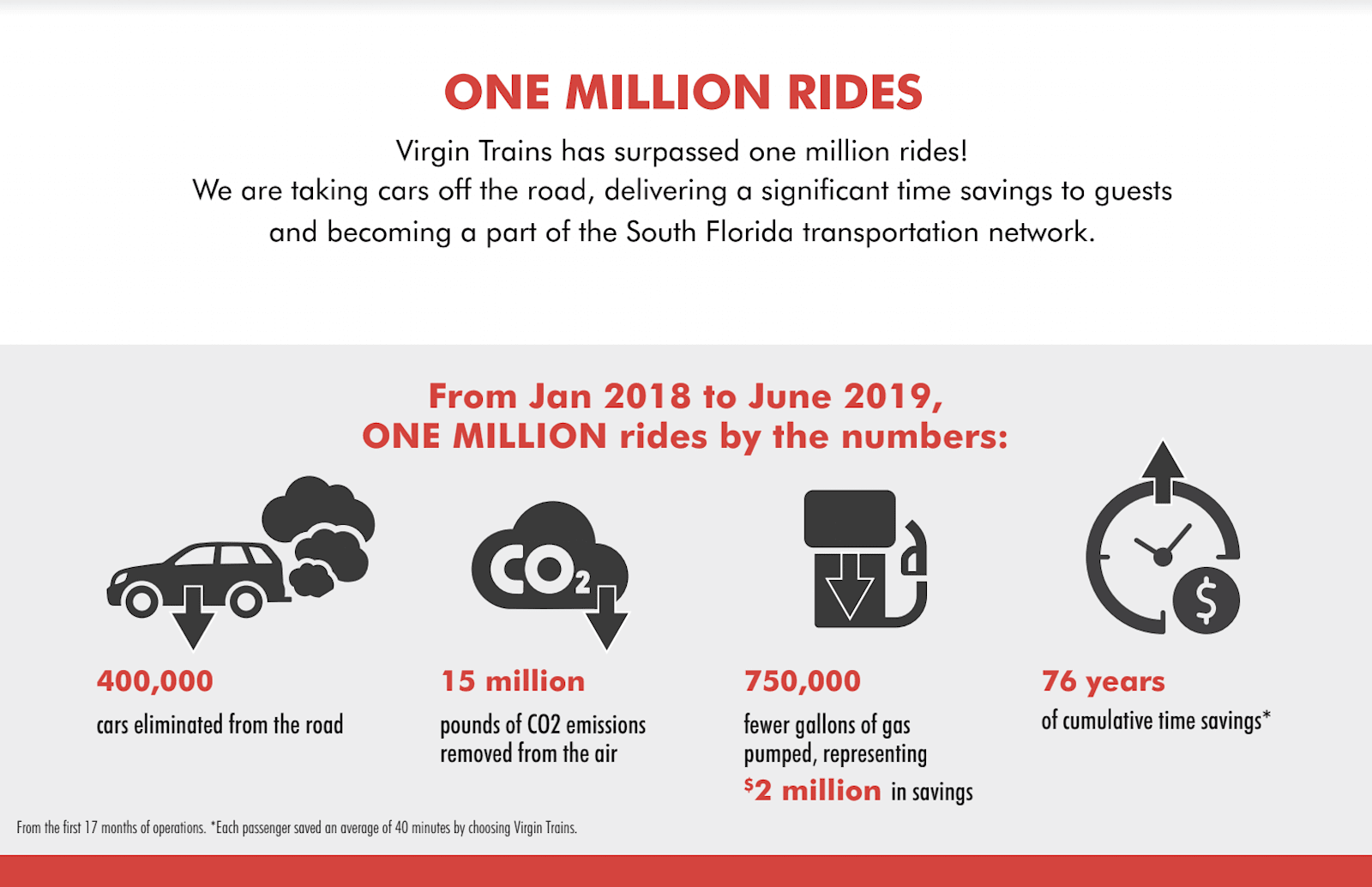 One million rides roughly means 750,000 fewer gallons of fuel on the road, saving consumers around $2 million, while customers are saving time too. Every passenger who has hopped on Virgin Trains USA since January 2018 has saved an average of 40 minutes by not taking the car and sitting in traffic – a cumulative time saving of 76 years.

The company has experienced a steady ramp up in ridership, and work has begun on an expansion to Orlando, while the company recently announced that it will construct and operate a new express service connecting Las Vegas and Southern California.