Virgin Orbit has conducted a launch demonstration of its innovative air-launched rocket in the skies over the Pacific Ocean just off the California coast. The company successfully completed all of its pre-launch procedures, the captive carry flight out to the drop site, clean telemetry lock from multiple dishes, a smooth pass through the racetrack, terminal count, and a clean release.

After being released from the carrier aircraft, the LauncherOne rocket successfully lighted its booster engine on cue — the first time the company had attempted an in-air ignition. An anomaly then occurred early in first stage flight, and the mission safely terminated. The carrier aircraft Cosmic Girl and all of its crew landed safely at Mojave Air and Space Port, concluding the mission.

“Our team performed their prelaunch and flight operations with incredible skill today. Test flights are instrumented to yield data and we now have a treasure trove of that. We accomplished many of the goals we set for ourselves, though not as many as we would have liked,” said Virgin Orbit CEO Dan Hart. “Nevertheless, we took a big step forward today. Our engineers are already poring through the data. Our next rocket is waiting. We will learn, adjust, and begin preparing for our next test, which is coming up soon.” 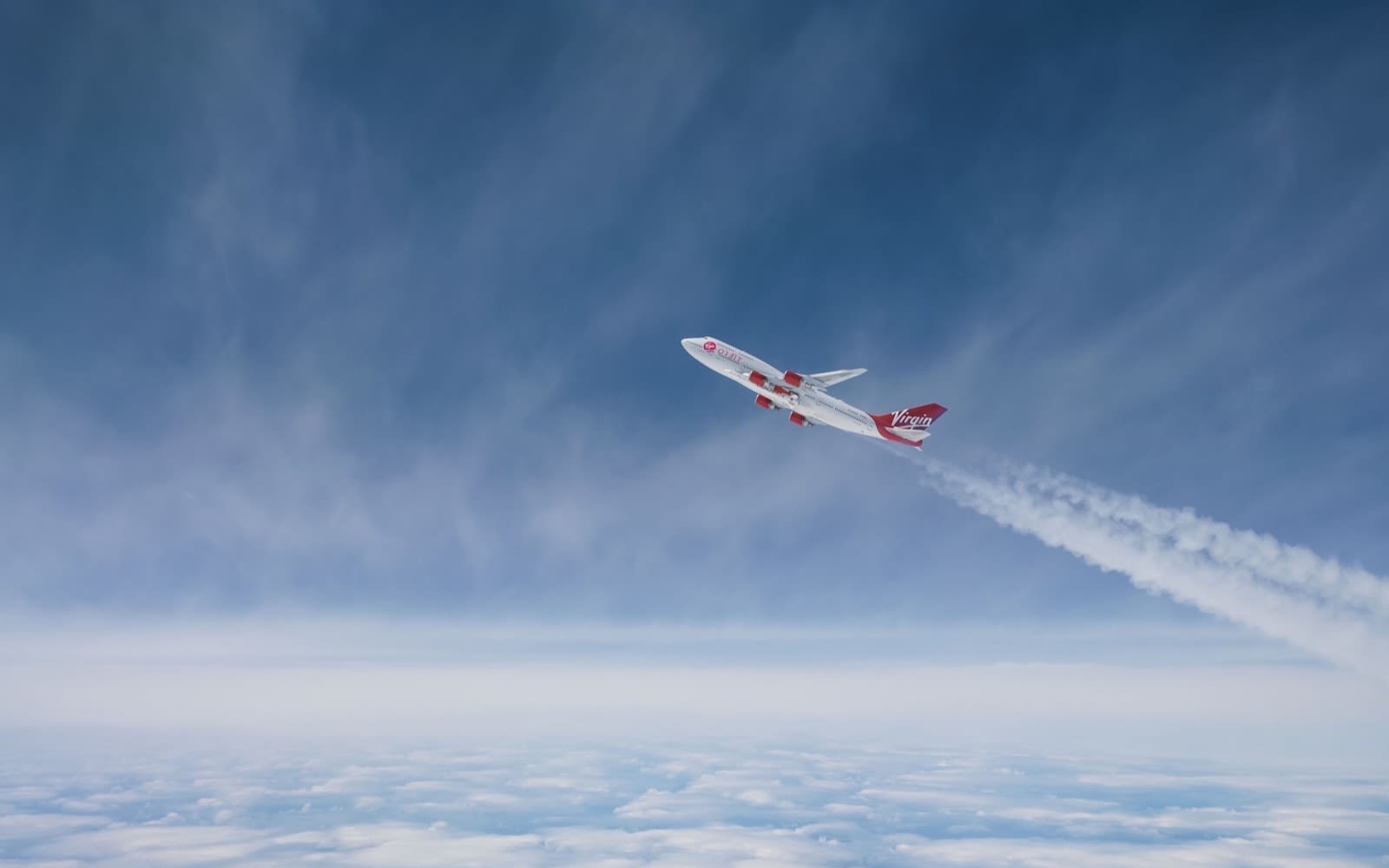 The company’s next rocket is in final stages of integration at its Long Beach manufacturing facility, with a half-dozen other rockets for subsequent missions not far behind. Virgin Orbit’s decision to begin production of multiple rockets well in advance of this test flight will enable the team to progress to the next attempt at a significantly faster pace, shortly after making any necessary modifications to the launch system.