Virgin Orbit prepares for next launch: Straight Up

Virgin Orbit is preparing for its next launch, Straight Up, with launch targeted for 1 July at 10.40pm PDT (2 July at 6.40am BST).

Virgin Orbit will livestream the mission from its YouTube channel from 10.20pm PDT (6.40am BST). The launch will support the United States Space Force’s STP-28A mission and carry payloads for the Department of Defense Space Test Program.

This launch is particularly important for Virgin Orbit as it marks the first night mission for the responsive launch company. The target orbit is approximately 500km above the Earth’s surface at 45 degrees inclination – an orbit that Virgin Orbit made history in reaching with its previous mission, Above The Clouds.

Tyler Grinnell, vice president of test, flight and launch for Virgin Orbit, said that everything is going according to plan and remains on schedule in preparation for the company’s fourth mission. “Our hardware is in top-notch condition, and the team is performing exceptionally, as we prepare for our first night-time launch,” Grinnell said. “The perspective we’ve gained from each previous launch is really paying off now. Our crews in the sky and on the ground are ready to further our mission of getting our customers’ satellites precisely where they need to go.”

The launch name, Straight Up, is inspired by American singer Paula Abdul’s breakthrough song Straight Up from her debut studio album Forever Your Girl. Released through Virgin Records on 21 June 1988, it was the most successful debut album ever at the time of its release. The iconic dance-pop tune has remained Abdul’s biggest international hit to date.

Paula Abdul visited the Virgin Orbit team ahead of launch to see LauncherOne and Cosmic Girl ready to take to the skies.

“Virgin Orbit has been rising ‘straight up’ since we began commercial launch operations 18 months ago,” said Virgin Orbit CEO Dan Hart. “More and more, we are seeing the importance of space to the security of the US and allied countries. We are honoured and committed to supporting the Space Force at this critical time.”

Mark Baird, President of the newly renamed Virgin Orbit National Systems (formerly VOX Space) added, “We believe this launch will demonstrate the significant maturation and operationalisation of a unique capability. I’m excited to see Straight Up, wheels up.” 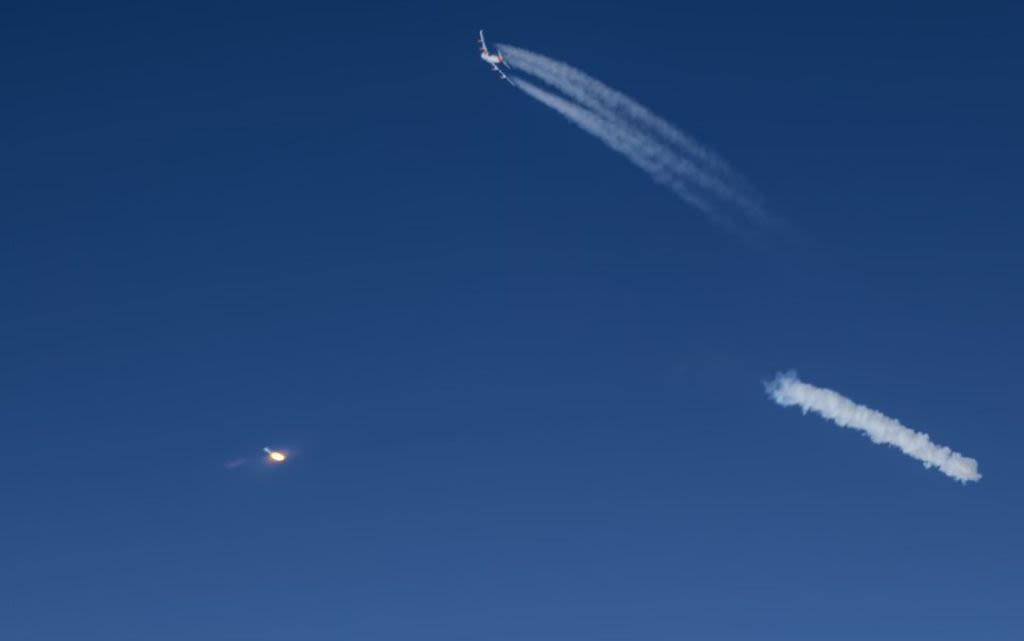 US Space Force has procured this launch for the Rocket Systems Launch Program, with payloads provided by the DoD Space Test Program.

Launch Site: Fully mobile LauncherOne system will conduct the flight from what is currently a bare concrete pad at the Mojave Air and Space Port in California

Launch Coverage: More information will be shared in the news over the coming weeks. Real time updates to be provided via social media and a public livestream.

Visit Virgin Orbit to keep up with the latest news.