This glide flight, flown at higher speeds, allowed the team to continue to evaluate systems and vehicle performance in advance of future rocket-powered space flights from Virgin Galactic’s new operating base in New Mexico. Flying VSS Unity in glide configuration at higher speeds enables certain vehicle systems to operate close to the environment seen during phases of rocket boost on of a spaceflight. The spaceship achieved a glide speed of Mach 0.85 after being released from the mothership VMS Eve at an altitude of 51,000 ft. VSS Unity completed multiple test-points before touching back down smoothly for a runway landing at Spaceport America.

Forger and Sooch performed a series of maneuvers with VSS Unity designed to gather data about performance and handling qualities while flying at higher speeds. This data will be verified against similar maneuvers that were performed in the previous glide flight to enhance aerodynamic modelling. The test flight was conducted under a set of stringent operational protocols to ensure safety against COVID-19. These protocols include changes to the work areas and procedures to enforce social distancing as advised by state guidelines as well as universal mask usage. 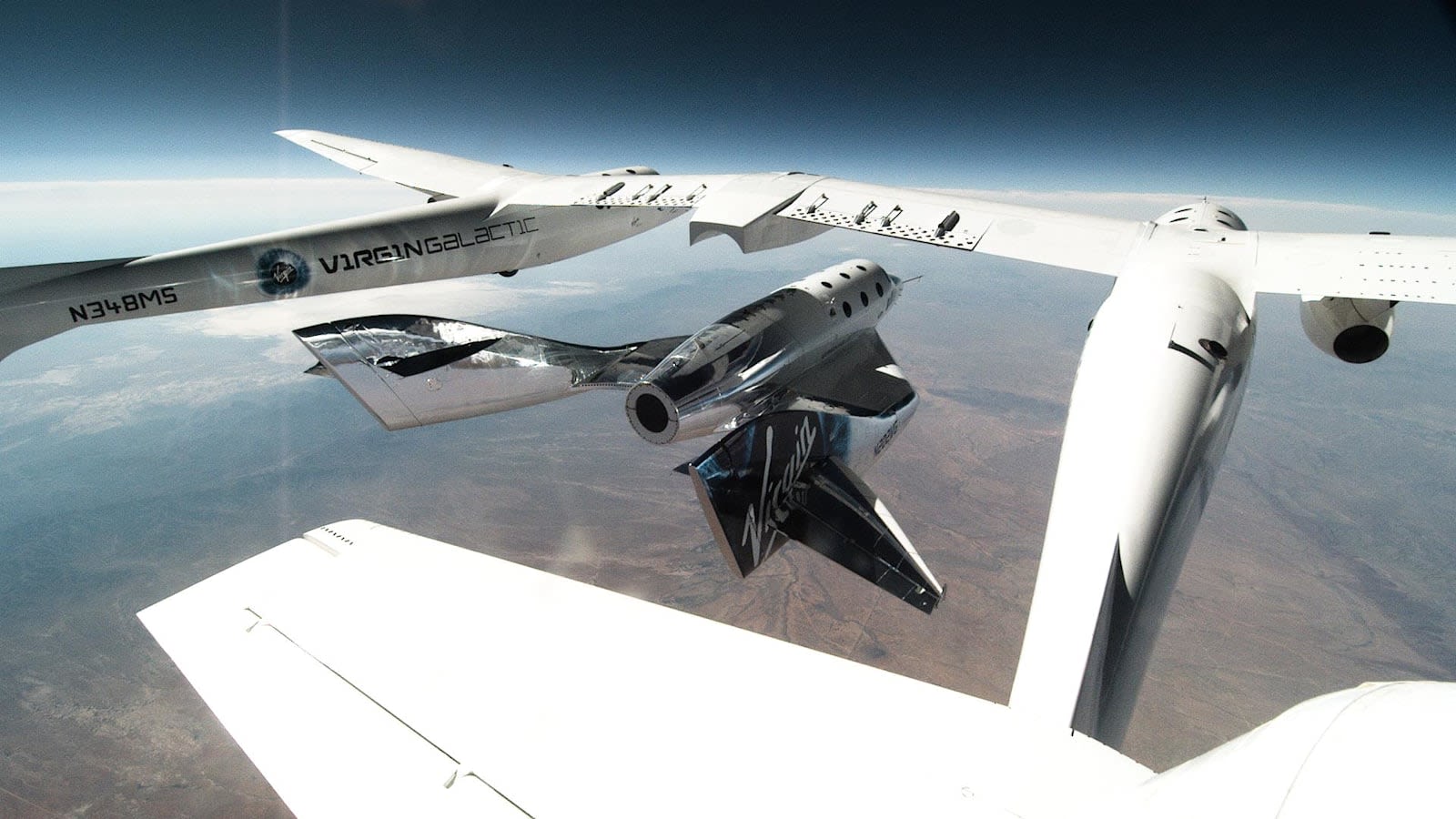 Last weekend, Virgin Galactic’s Spaceship and Propulsion teams completed a full ‘wet dress’ rehearsal designed to check out the new facilities and equipment at Spaceport America. During this rehearsal, the teams positioned the spaceflight system on the runway and loaded VSS Unity with active propellant. Pending the completion of an extensive data review of this flight, the team will start preparing for the next stage of its flight test program - powered spaceflights from Spaceport America. In addition to the data review, the team has several steps to complete, including final modifications to the spaceship customer cabin and detailed inspections of the vehicle and systems.

Governor Michelle Lujan Grisham said: "I'm excited by the continued progress Virgin Galactic has made in New Mexico and confident in their work going forward. Our state has the opportunity to be a leader in commercial spaceflight, and partners like Virgin Galactic are leading the way."

George Whitesides, CEO of Virgin Galactic and The Spaceship Company, said: “I am thrilled with the team’s hard work to complete today’s test flight successfully. It was an important test that, pending data review, means we can now start preparing the vehicles for powered flight.  Our focus for this year remains unchanged on ensuring the vehicles and our operations are prepared for long-term, regular commercial spaceflight service.”