This Is What A Founder Looks Like: Valiant Lingerie

After having a preventative mastectomy in her twenties, Eleanor Howie found it difficult to find suitable underwear that she loved. Not wanting other young women to go through the same experience, she chose to create beautiful lingerie that was also functional for women who had been through the same surgery. She received a Start Up Loan from Virgin StartUp, and launched Valiant Lingerie. We caught up with her to find out more about her experience of starting a business...

What did you do before creating Valiant Lingerie?

I actually trained as a lawyer. I worked as a lawyer for a number of years and then had a bit of a change of direction and then worked in academia for a couple of years before I started my own business. People often ask me if I had any background in design or fashion or anything like that beforehand, to which the answer is a resounding no, not really. It's something that's long been a passion and an interest of mine, but I trained as a lawyer so you can't get further apart.

Was it ever part of your plan to start a business?

I think it's always been something that I've been intrigued by. I liked the idea of having something I'd created and had control of. And I also liked the idea of the challenge of it. So it wasn't a completely alien idea to be but it hadn't really formulated into a firm idea until just before the pandemic hit.

How did your business come about then?

At the heart of my business is creating something to support and empower people who have had treatment and surgery for breast cancer. It really rises out of my own experiences. About 30 years ago my mum had breast cancer when she was about 31, and then seven years later her sister had the same experience aged 31 and she sadly passed away. A few years later, when I was 19, genetic testing became available and that was when my sister and I found out that we have a genetic mutation that significantly raises the chances of developing breast cancer. As a result of this, I chose to have a preventative mastectomy 10 years ago. 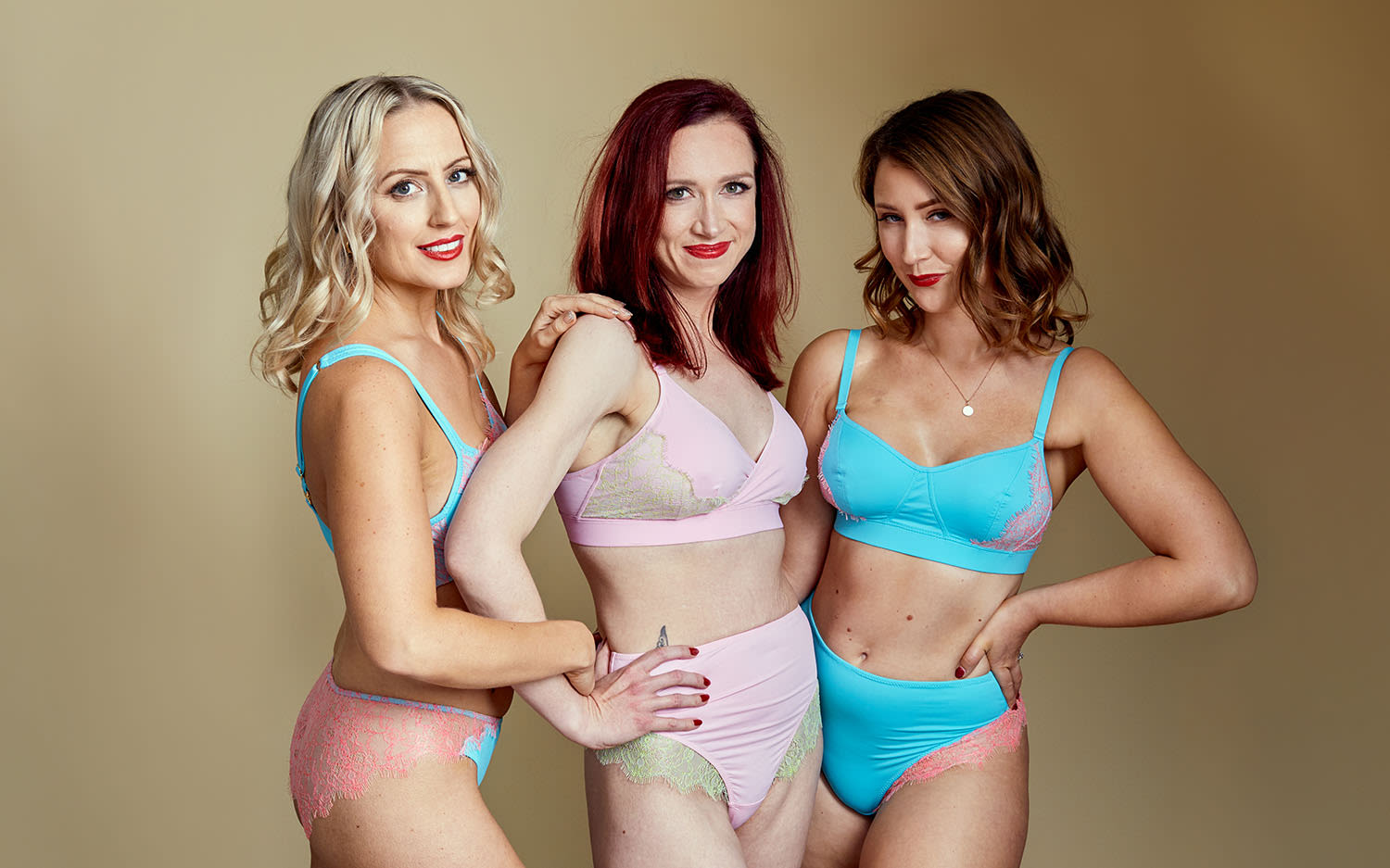 After that I spent a lot of time reflecting on some of the experiences my mum had been through. I remember the impact that it had on her self-esteem. Both going through surgery but also the lack of choice that was available for her in underwear afterwards. I remember that quite clearly.

When I went through surgery I thought that things might have improved. And I found that they hadn't really. I was a 24-year-old woman, I was used to being able to go into pretty much any highstreet shop and have choices. And I then found post-surgery because I needed certain functionality of my underwear, the only garments I could find looked functional. I found it fairly crushing as a young woman and for a long time afterwards I found it difficult.

I kept waiting and thinking that someone would address it. I had conversations with other women from all kinds of backgrounds saying the exact same thing. We felt like we'd been abandoned by mainstream retailers. And eventually at the end of 2019, something just clicked in my brain and I thought that's it, I can do something about this. So I did.

How have you found the experience of moving into a creative industry?

It's been challenging. I think what's interesting is that when you're starting out you have to be a jack of all trades and you have to learn so much so quickly. Every time you feel like you've learnt things and you're on top of things, something new crops up and you start the process of learning all over again.

There have definitely been some things that have come to me a bit easier because of my legal background. But there are other things that I found more challenging. But it's all part of the process and I think it is really rewarding and interesting. What's been your favourite experience so far?

When I finally got to see people wearing my products and enjoying them. I started the design process in January 2020, just before we went into lockdown. We were able to do a lot online but some things were more difficult. A lot of the fabric supply places initially were closed when we went into lockdown so it was difficult to test fabrics. And we had to do fittings remotely so I hadn’t actually seen people wear the garments in person.

I managed to book a photoshoot in a COVID-secure way between lockdowns. I met some amazing women, who had all been affected by the issues that these garments were created for, who were my models for the photoshoot. Subsequently I feel very fortunate to have met them because they've become friends since. But that was an incredible moment seeing the things I had thought about and worked on so hard on models who were enjoying them.

The other moment that I'll always remember is when I received my first reviews after the items had launched. I had some amazing comments from people who had really struggled to find something that made them feel like themselves again after surgery. It gives me goosebumps just thinking about it.

How has Virgin StartUp helped you through your business journey?

I think that it's easy to think that there's a certain type of person who starts a business. And I think it's easy to be faced with imposter syndrome and think that's not you if you don't fall into the 'cookie cutter mould' of an entrepreneur. But it's important to believe in yourself and if you've got a good idea you should explore how to make it happen. And I've found it enormously beneficial to be able to attend some of the Virgin StartUp training sessions. I think there's a lot there for people at the early stage who have an idea but don't know how to pull things together. There's lots of resources available from Virgin StartUp that will really power you forward.

Got a brilliant business idea? Head over to Virgin StartUp for funding, advice and support.