According to the Institute for Family Business, the UK has 4.8 million family businesses (88% of all businesses in the UK). They really are the backbone of the UK’s economy.

Loral and Eishel Quinn are a mother-daughter team who co-founded Sustainably after receiving support from Virgin StartUp in 2017. We caught up with Loral as part of the Virgin StartUp This Is What A Founder Looks Like series.

Why did you start Sustainably?

Eishel and I came up with the idea to help people make a positive impact with their every day transactions. Sustainably rounds up cashless transactions and donates spare change each time you shop. Turning everyday payments into impact, you simply link up your card to the Sustainably app, and make a difference every time you spend, or you can give a monthly amount, and see your impact instantly. You can even track the impact you've made.

How has your business changed over the last year as a result of the pandemic?

Even before lockdown more people were using card payments, but over the last year this shift has happened even faster. As a result many charities have lost the income they depend on from our small everyday donations. This is where Sustainably can make a huge difference.

Sustainably is now compatible with Virgin Money and 16 other major UK banks, making it even easier to support your favourite charities automatically.

We’ve continued to grow through lockdown, with a successful crowdfunding campaign reaching 120% of our target raising £360K, and growing the team by adding 2 new software engineers and a new growth lead. We’re aiming to reach over 200,000 users by the end of the year, generating an estimated £100m extra donations for the charities on the app. 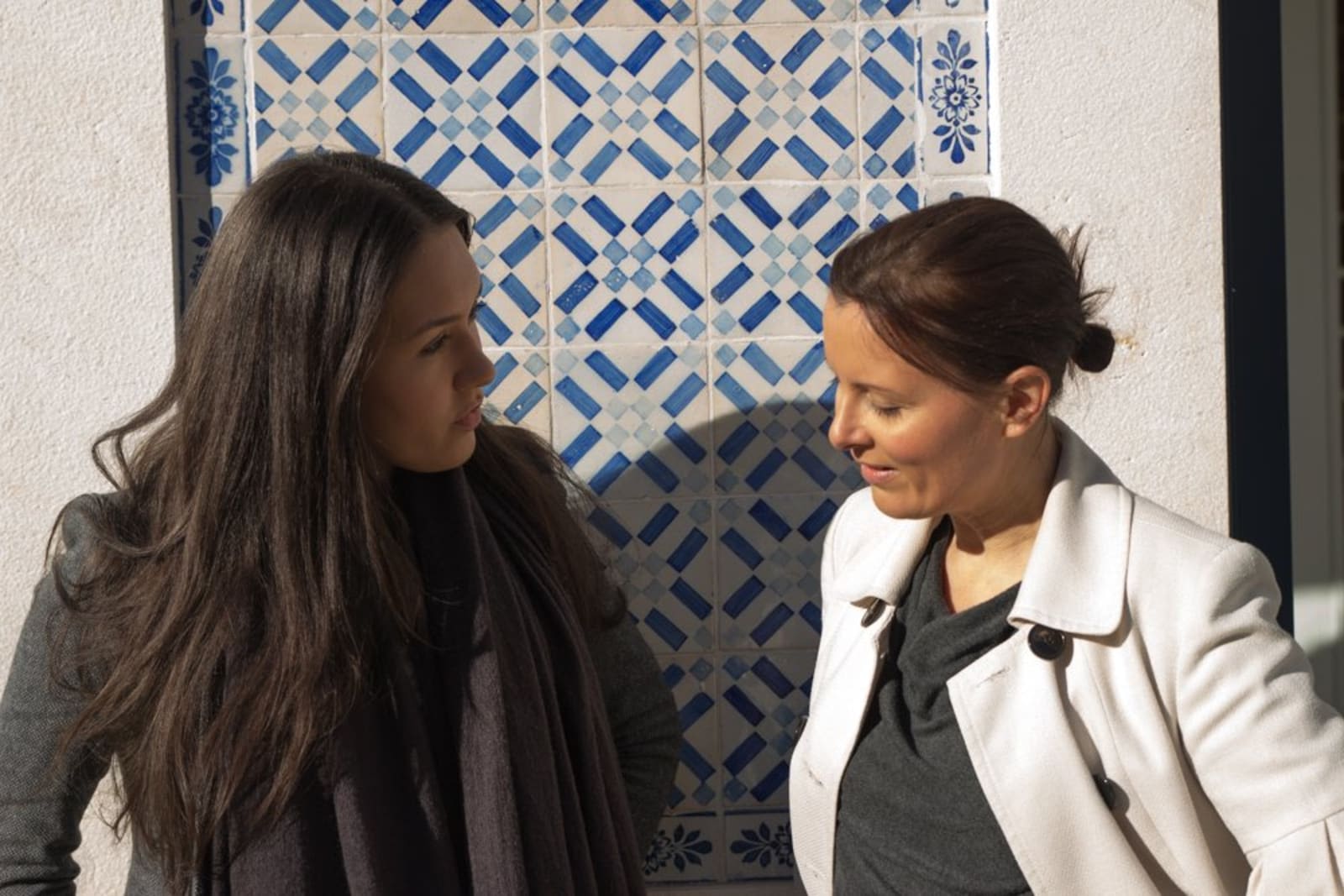 Did you and Eishel ever plan to become entrepreneurs?

We didn't ever really plan to do it. It happened organically. I had this idea initially, I think it was based on what Eishel was doing because she was working in ethical retail and she was making her home all eco, organic and vegan. I had all these Post-It notes on the kitchen wall and Eishel started getting involved and commenting on my ideas. Then next thing she was designing a product and we had applied for an accelerator. We said if we got in then we'd quit our jobs and we did! It all happened quite quickly.

I was always entrepreneurial and a self-starter, I was in charge of a team and didn't have a lot of input from leadership when I was employed. But I hadn't really thought of having my own business. I'd sold furniture and clothes that I'd made, but I never did it as a proper business. I didn't ever really think that I was going to do it. We never really planned it but once we decided we were going for it, we just wanted to properly do it.

How has your mother/daughter relationship been affected by running a business together?

We've always had a really close relationship – I was a single parent from when Eishel was a baby. So I guess we don't have the most conventional mother/daughter relationship. We're really open and honest with each other, and we get straight to the point, which means we can work through issues really quickly. We both have completely different skill sets and we like to have an opinion.

I wouldn't say it's made us closer but we do have a really good working relationship, which means we can get things done and talk about the difficult things. Obviously, there's been the ups and downs and the stresses, but it's great to have someone that you can go through it all with. It's especially great to have someone who you know has your back. We've got a lifelong relationship so we know each other well enough to know that the other is always going to be there.

It's been a crazy rollercoaster ride, but it's been amazing to do it with my daughter. I learn so much from her, and hopefully she learns something from me along the way.

Have you faced any challenges related to being women founders?

I think it's frustrating when you see your male counterparts getting funded really fast. You feel like you're the only one that it's taking forever for.

I think being female founders does have its challenges. You can be spoken to in condescending ways and excluded from certain things. We've been on a few trips where there have been a majority of male founders and we've definitely been treated in a different way to the males in the room.

I think it's important to be aware that you will be spoken to in a different way because people have conscious and unconscious biases. You have to be able to know how to answer the questions that you're being asked to get your point across. Women founders are often asked 'prevention' questions (that focus on the negatives), rather than 'promotion' questions (that focus on the positives) like our male counterparts. So you just have to find a way to give your 'promotion' answer to a prevention question. I think the biggest challenge is understanding how to tackle it. There's a lot of movement toward funding diverse founders now, which is great. But there's still a long way to go.

Got a great business idea? Head over to Virgin StartUp for advice and support.

This Is What A Founder Looks Like: Rooted Interiors