Inspired by his own personal experiences, Varun Bhanot co-founded MAGIC – an intelligent home gym that helps users to get fit. He took a Start Up Loan from Virgin StartUp to make his idea a reality. We caught up with Varun to find out more...

Tell us more about MAGIC.

MAGIC is essentially a robot personal trainer for the home. We use artificial intelligence and smart weights to basically create a personal training experience in the home – it's kind of similar to Peloton but for strength training. 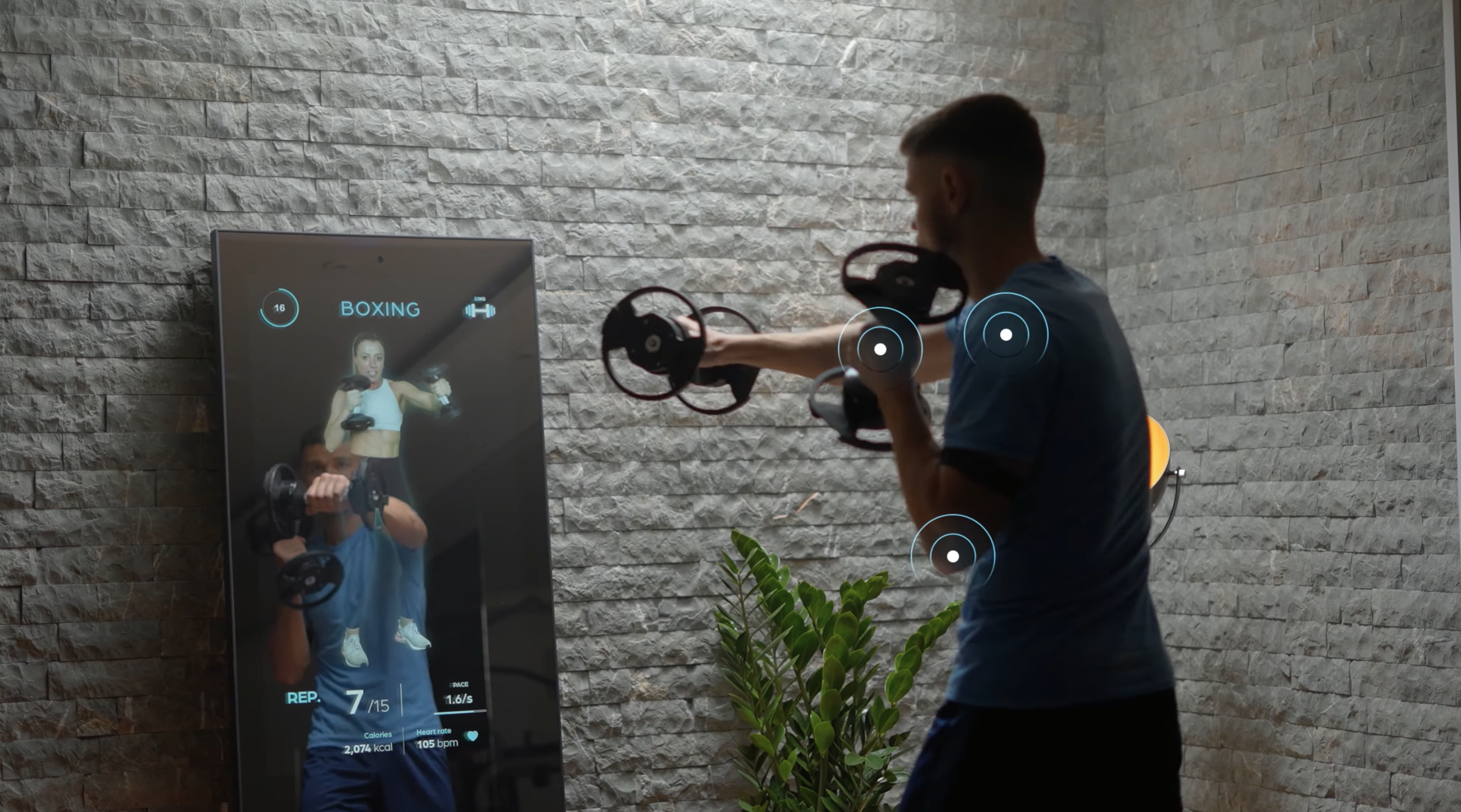 What were you doing before you set up MAGIC?

I never thought I'd start a business in fitness but it came to me through my own personal experiences, combined with what I had learnt working in a tech environment.

So what was it that led you to start MAGIC?

In my early twenties, I basically ate too many kebabs and drank too much whiskey and got into a position where, according to a personal trainer’s measurements, I was clinically obese. I realised that I needed to make a personal change, otherwise, in future, I could potentially face various dangers and health hazards.

So I started working with a trainer and went through this radical transformation where I lost a quarter of my body fat. I just got into a really awesome shape, which I never thought I would. But I really went for it and I learnt a lot about weight training and strength training. I'd never even lifted a dumbbell before that, I wasn't really into all this kind of stuff. But I realised that if you put your mind to it and really focus then you really can achieve some extraordinary things. 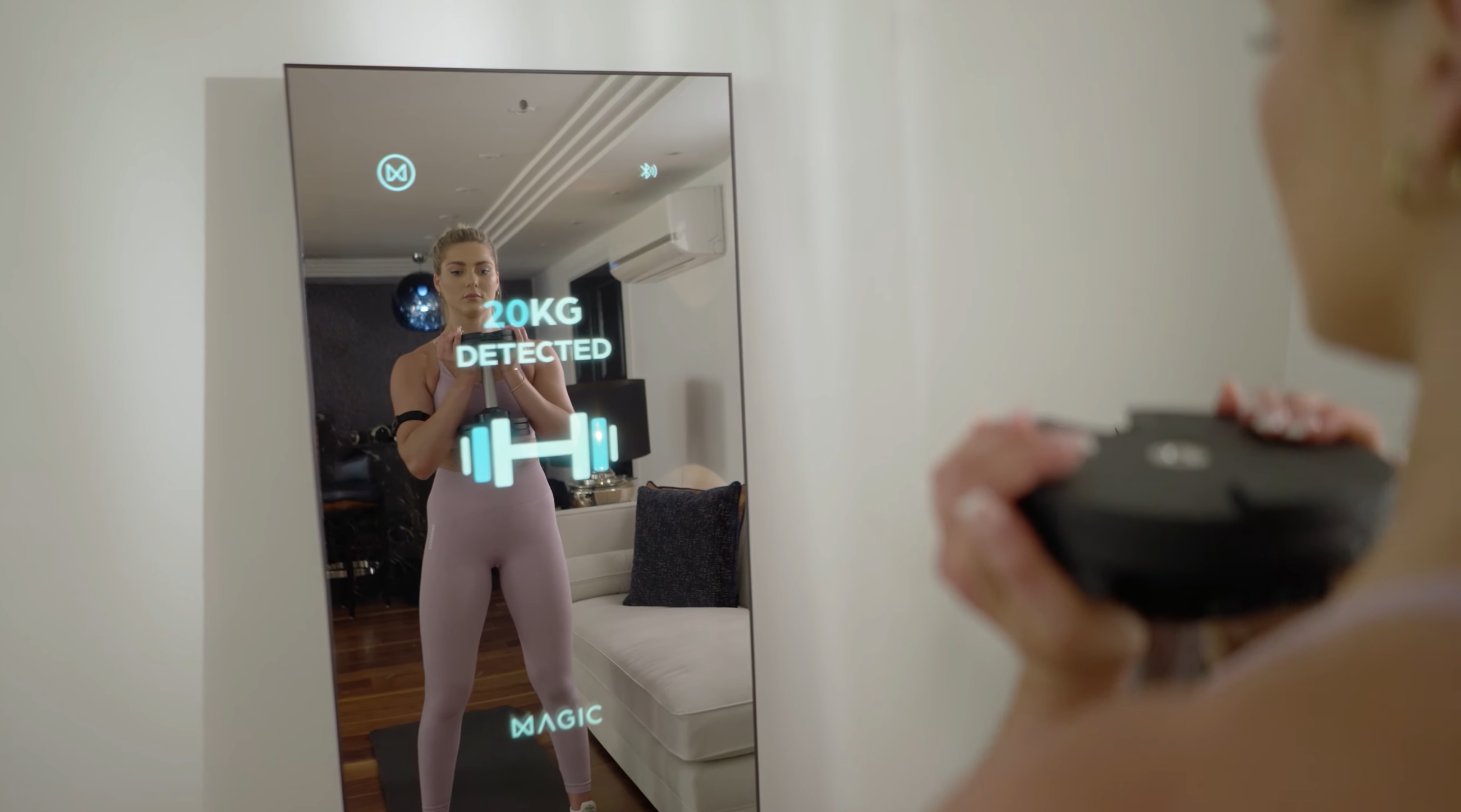 The problem is that it's not really accessible. It's expensive to get personal training, it's difficult for people to do these things on their own terms – they're looking for much more flexibility with their time now. So really the idea for MAGIC came about because I wanted to automate a lot of the things that you do with a personal trainer. You can do it using technology at home instead. MAGIC is essentially a tool where a camera uses artificial intelligence to check your form, count your reps and create a programme tailored around you in real-time. It's all the things that you'd pay a trainer to do. And it's all supplemented with these smart dumbbells that we've invented.

I really came to it through my own personal story, rather than any other reason. It was really inspired by my own experiences and transformation. I'm just trying to replicate that experience for other people.

Did you ever think you would start your own business?

To be honest, I think I did catch that entrepreneurial bug a bit by being in that early-stage tech start-up environment. I found it very inspiring and I learned a lot being around such talented people and brilliant minds. I just didn't know what kind of business I would want to run, I knew it would probably have a tech element to it but I didn't know specifically what I wanted to do.

I just decided to take the leap eventually. I was already thinking about this idea but when my auntie passed away last year aged 50 of COVID, I knew it was time to do it. We found out afterwards that a lot of her health complications could have been resolved if she had done more exercise. I think for me that was the personal tipping point where I realised that if I was ever going to start the business, now was the time. And I felt that I had that personal inspiration to take the leap to go from being an employee to launching something myself.

How long have you been running MAGIC?

We were doing a lot of the groundwork at the end of 2020 and then properly got started at the beginning of 2021. And then we applied for a Start Up Loan from Virgin StartUp over the summer and now we're about a few months in. 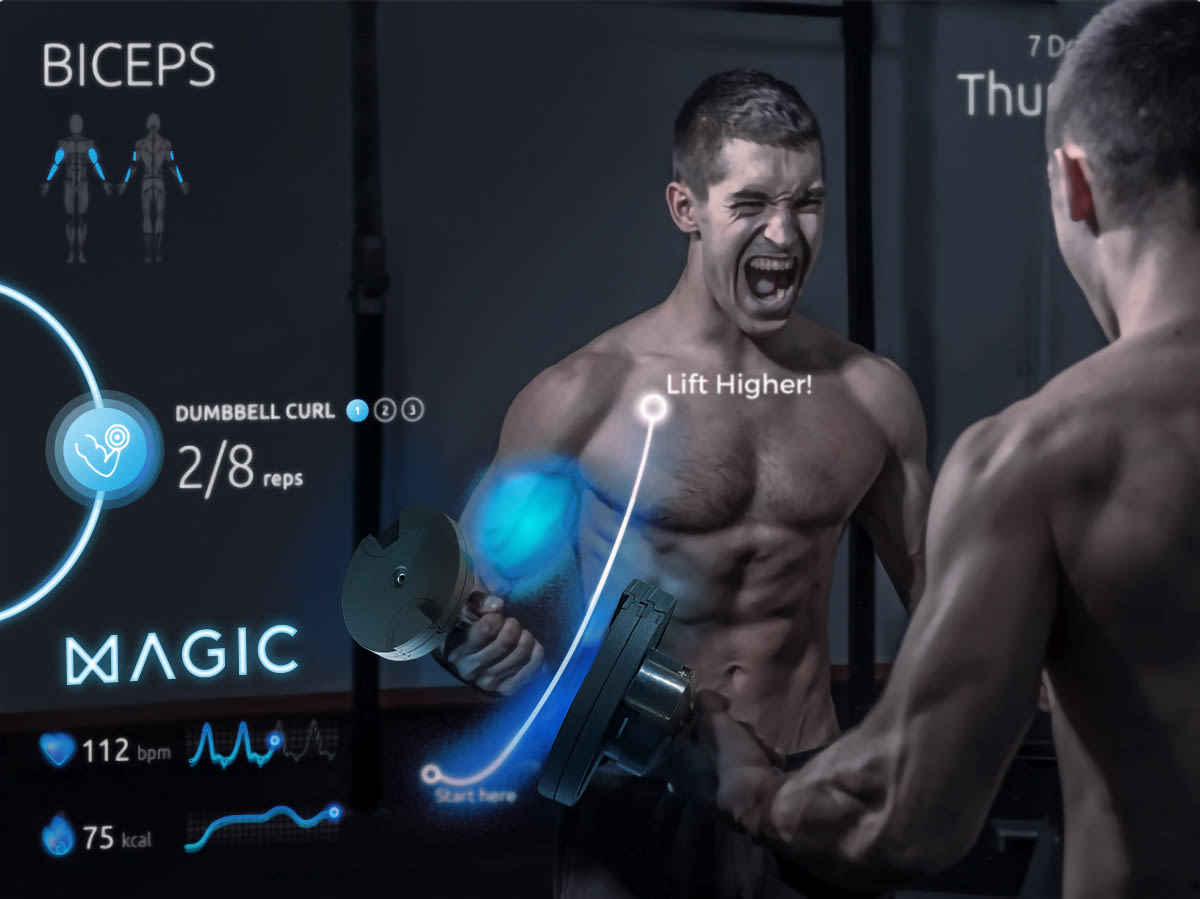 How are things going so far?

Really good so far. We're definitely still pre-launch but we've produced a waiting list on our website where people can sign up if they're interested. It's very stressful, of course, but it's going well.

We've had some great news that when we do launch, which is likely to be December, we've struck a deal with Selfridges who are going to be our retail partner. People will be able to see it on the website, but the place where they can go and demo it and try it out will be in Selfridges, which we're really excited about.

What have been some of the biggest challenges you've faced so far?

Getting the technology right is tough. We're breaking new ground so no-one's ever done this before. I think it's a bit like the people who made the first self-driving car, there wasn't a template for doing it before. It was a case of doing something completely new. And I think that's similar to what we're doing. We're trying to create an AI personal training system for the home that doesn't require a human, it can all be done by a series of algorithms.

Getting that right has been challenging but we've been doing weekly tests and bringing users into our offices and doing lots of different iterations and testing. And we're seeing improvements week on week.

I think finding the right people who have the talent and expertise is very tough as well. Especially when you're working on limited funds, it's challenging to strike the right balance. But Virgin StartUp has been really helpful for things like that – and it also helped us to find a space that we could demo the device to pledge to investors and users.

Got a great business idea but don’t know where to start? Head over to Virgin StartUp for advice, funding and guidance.

This is What a Founder Looks Like: Vyable Beauty