Imagine watching a video online and being able to step inside it and take a look around. That’s exactly what Ando Eniwumide is aiming to achieve with his business Happaning. Ando took a Start Up Loan from Virgin StartUp so we caught up with him to find out more...

Powered by ViiVid (multi-vantage video) technology, Happaning uses augmented reality and video syncing to allow viewers to navigate between vantage points in real-time or retrospectively, meaning they can view events as if they were there. Ando describes it as “Google Streetview, but for video. You can move around in videos just like you do in Google Streetview.”

But more than just allowing people a more immersive experience while viewing videos, Happaning also has the ability to detect post-production edits and verify the time and place that a video was taken. This means that it can be used by journalists looking to verify if footage they’ve received is actually real.

Before launching Happaning, Ando was a principal technologist and worked with some of the top companies in the world to solve problems using technology. But he always had a desire to run his own business from a very young age.

“At school, I was the guy selling doughnuts in the playground,” he says. “I always had a side hustle going. But I've been really fortunate to always have people I could look up to and model my career on. They helped give me a sense of belief that I could do it.”

His journey hasn’t been without its difficulties though. Ando was orphaned at the age of 10 and although he says it was hard. He says that he “learnt to play the hand [he] was dealt”.

He adds: “I count it as gain, as something that was part of my journey. I think things that present themselves as weaknesses turn out to be the very things that drive you on.” 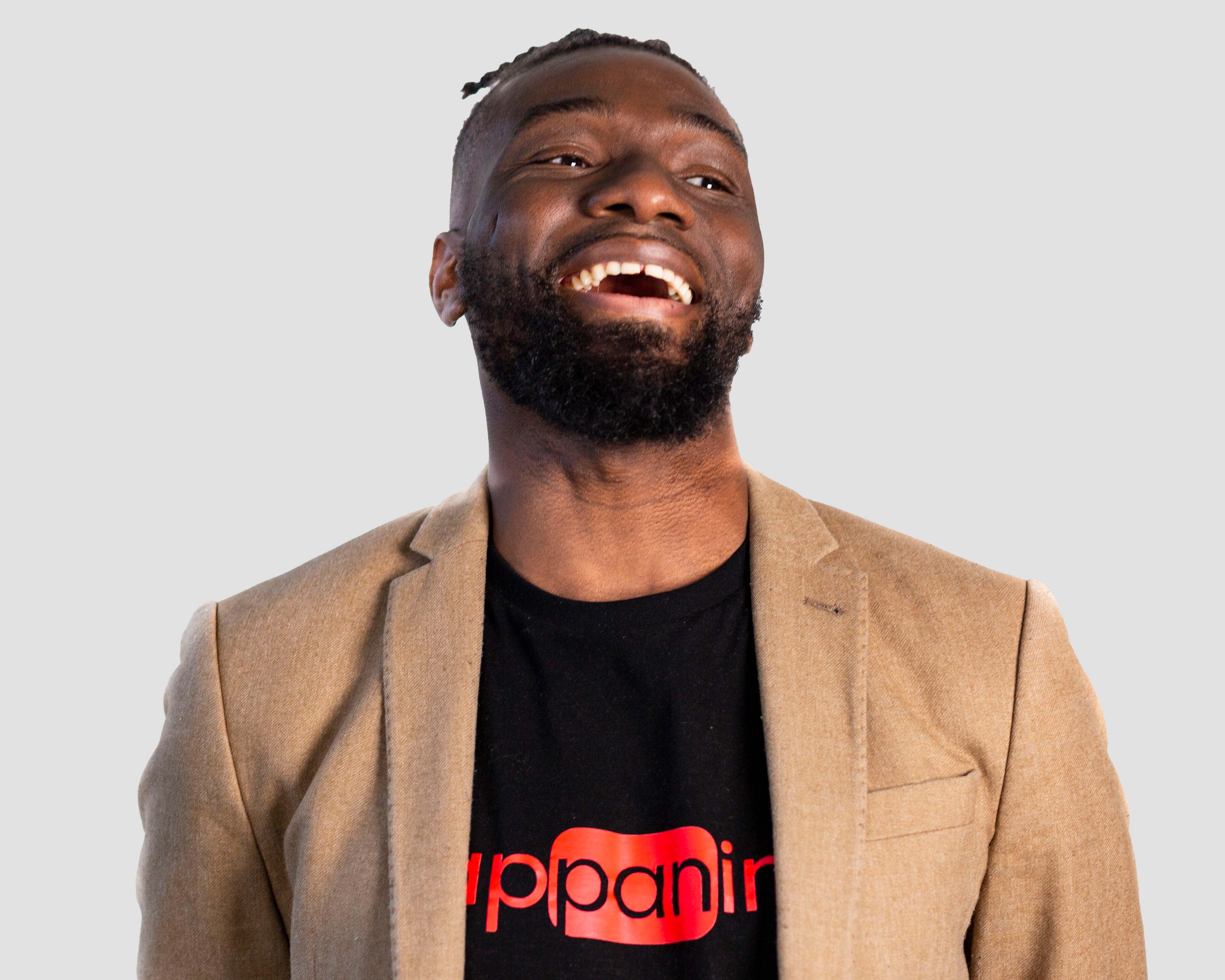 Ando is also dyslexic and, while for some people that would be seen as a disadvantage, Ando thinks it actually helped him. “I think that anybody who has dyslexia knows that it's actually a superpower. It allows you to look at things differently. Obviously, it has its difficulties and it's a learning disability but there are also strengths that come with it. You grow and you get stronger.”

In terms of running Happaning, Ando says that while he has experienced some big wins, it’s the small, everyday things that keep him going. “For me, it’s about knowing that I'm right in the centre of my purpose,” he says. “That can happen in the most innocuous of circumstances, you can be talking to somebody and just see their eyes light up and you know you've inspired something. And you just know you're doing what you're supposed to be doing, precisely when you're supposed to be doing it.”

Like all entrepreneurs, Ando’s had his fair share of challenges. “There are definitely some crushing lows,” he says. “I don't think there's a founder in the world that wouldn't describe this as a rollercoaster. Sometimes when you think something is so right for you and you miss out on it by a narrow margin it's crushing. But at the same time, there's a sense of providence in what I do – a lot of times when a door closes it's because there are others opening. I try to roll with the punches these days.”

If you have a great idea for a business but don’t know where to start, visit Virgin StartUp for inspiration, advice and guidance.