Image from SPANX
by Sara Blakely

SPANX Founder Sara Blakely, shares her personal experiences on the power of thinking differently, always asking why, and how the real work begins after the lightbulb moment…

When I first started SPANX almost 20 years ago, I had never taken a business class. Traditional school was hard for me and I was not a good test-taker. I wanted to be a lawyer, but guess what? I bombed the LSAT not once, but twice! I created the first prototype for SPANX not because I had a brilliant business plan and lots of experience, but because I had a pair of white pants, a party to go to and nothing to wear underneath.

That single problem led to the innovation and creation of the original footless pantyhose which became the answer to the question women had been asking all around the world: “What do I wear under these white pants?” And subsequently led to many additional patents through the years on game-changing Spanx products including leggings, activewear, bras, undies, Arm Tights™ and our latest bright idea… denim. Our legendary shapewear (and now apparel!) has always been focused around creating solutions for our customers by making them feel and look their best.

I’m a big believer that working “smart” doesn’t have to look a certain way. In fact, it can look the total opposite, it can look ridiculous! To be truly innovative, what you need is a toolkit of basic practices. You have to ask the right questions, be open to the answers – and work hard for your ideas.

Smarter thinking for us at SPANX has always started with asking the question “why”:

Asking “why” challenges the status quo and ensures you’ll do things differently. By focusing on that simple, one-word question, it creates the space to be truly inventive. Put it into practice. Get curious. Be open to the possibility that your way could be a better way. I always say, don’t be intimated by what you don’t know, that can be your greatest strength. If a thought or idea comes your way even if it seems impossible, don’t squander it.

And write it down! There’s so much power that comes from putting your ideas and goals in writing. I’ve carried the same kind of notebook (dozens of them) throughout my Spanx journey. Any time I have a “eureka moment,” I write it down or email myself in the moment. I try to capture the exact thought so I can revisit it later.

Eureka moments can happen anywhere. Maybe for you it’s in nature or while you’re exercising. For me, my “a-ha” moments often happen in the car. I thought of the name “SPANX” when I was sitting in traffic in Atlanta, Georgia. When you’re trying to brainstorm, getting quiet with yourself is essential.

When your lightbulb moment happens, congratulations! That’s when the real work begins.

What people won’t often tell you is that innovation – the kind of innovation that changes the world – is really about trusting your gut and seeing your ideas through. There are so many challenges in the business world, especially as an entrepreneur. You have to be willing to tackle major obstacles on a daily basis and not quit. You have to have not only an unwavering belief in your product – but also in yourself. That’s what fueled me to keep going when factory after factory said “no” while trying to get the first Spanx prototype made. 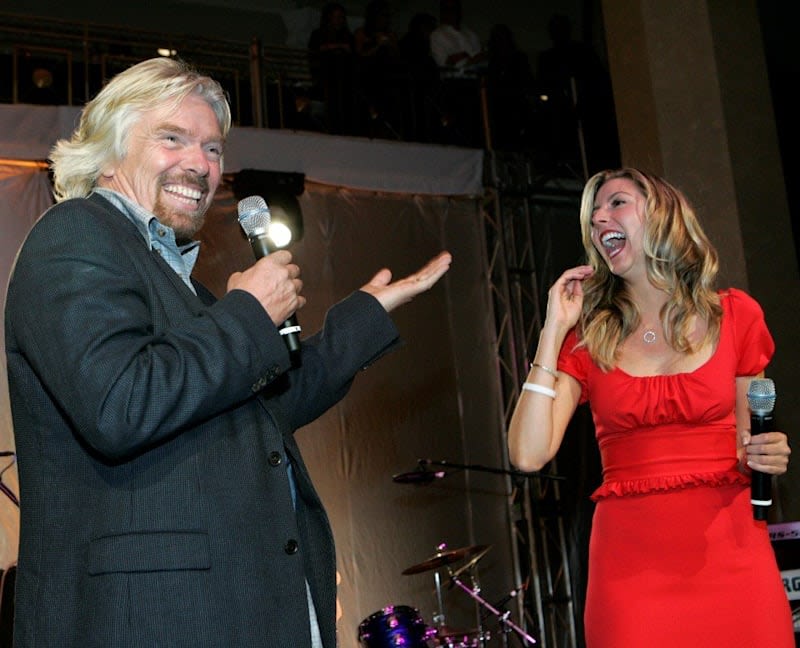 One of the biggest killers of smarter thinking is a lack of courage. To think smarter, you have to buck the status quo. You have to be willing to say, “what if there’s a new way?” Many people don’t have the courage to say that out loud, let alone for go for it. Whether you’re in a corporate environment or working on a start-up – mindset is key. You can’t worry about what other people will think about you. You have to have the mental fortitude to keep going.

It all boils down to a refusal to give up. You can be the smartest person in the room with the most ingenious idea on the planet, but if you can’t show up day-in and day-out for your idea even when things get really, really tough, it doesn’t matter. You have to persist, persist, persist. It’s a life-long process.

In business and entrepreneurship, it’s important to detach yourself from the notion that smart ideas are the product of school and experience. It doesn’t have to be that way. I’ve never taken that approach. SPANX has been profitable since its first year in business – and it all started because I failed the LSAT.