Cathryn Scott was six months away from turning 40 when she began feeling down about her weight. So she joined a gym. Going on the treadmill reminded her that she used to enjoy running. A few days later, she met up with a friend who had just been to her first Parkrun.

“She loved it so much that I decided to go along with her the following week,” says Cathryn. “I was worried everyone else would be amazing runners and I’d be lagging behind, red faced and puffy. But actually, it wasn’t like that at all. Yes, there were some amazingly fast runners. But there were also lots of people like me who would jog slowly and stop to walk parts of it. With 700 to 800 runners, the atmosphere was amazing, and the other runners so supportive.”

Just 10 months later, Cathryn is a confirmed Parkrunner. Her children aged eight, seven and four, were intrigued by Parkrun and their mother’s new love for running, and they now go to Cardiff’s Junior Parkrun on a Sunday morning. They’re using their newfound love of running to raise money for Tŷ Hafan, a local children’s hospice. And in October, Cathryn ran her first half marathon in two hours and six minutes.

“Parkrun turned me into a proper runner,” she says. “At the start of the year, I never would have dreamed I could have run a half marathon. But I did it in a faster time than I ever could have imagined. And, most importantly, I loved the experience.” 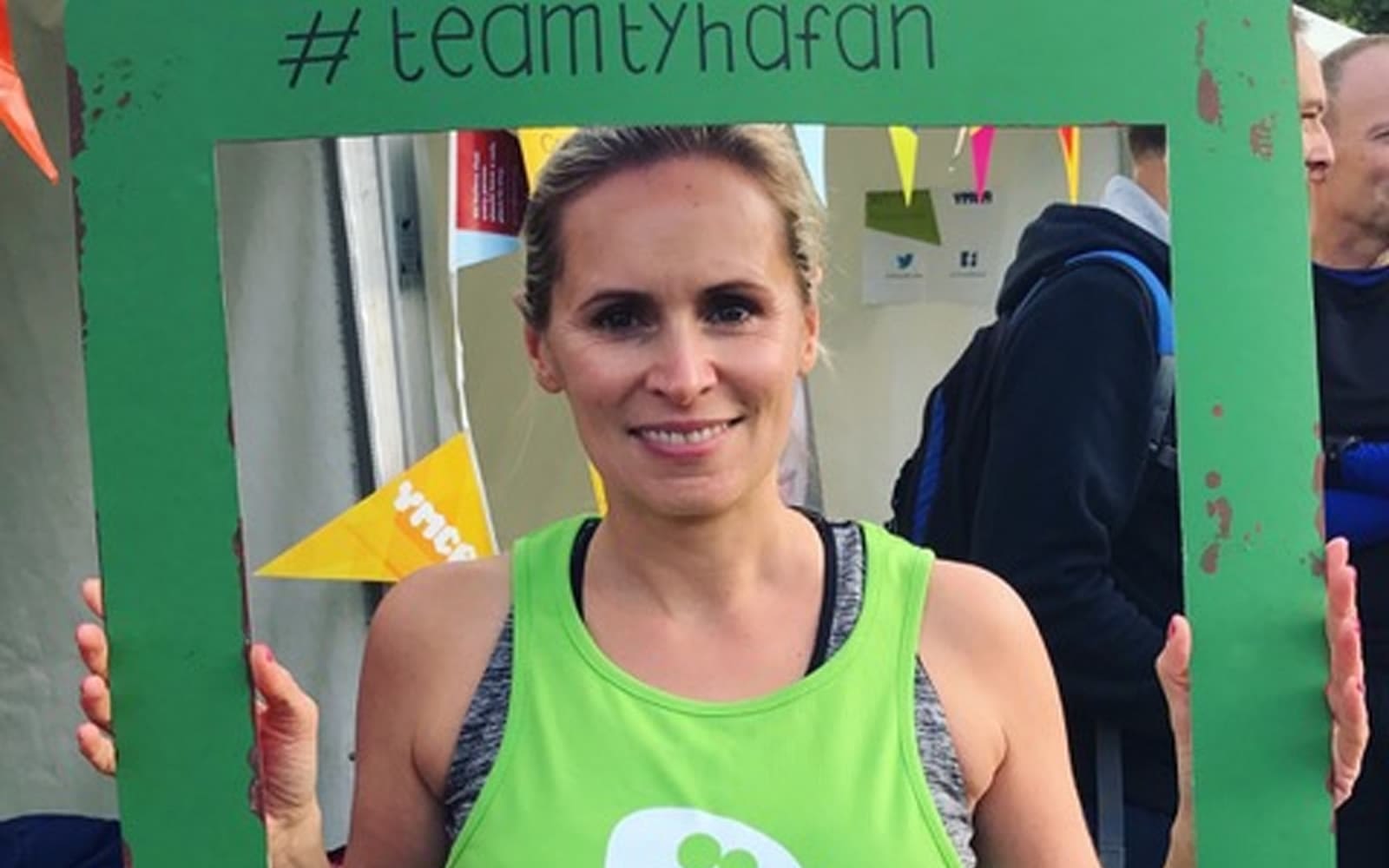 Few would have imagined, just a decade ago, that thousands of people would voluntarily go running in their local parks on a Saturday morning in all weathers. But Parkrun – a free 5k run in a park every Saturday – has gone from just 13 people in 2004 to 4.5million runners across 20 countries.

Who would have thought that 250,000 adults every year would pay to haul themselves up steep walls and through mud-filled trenches on an obstacle race? Or that the Virgin Money London Marathon would have an incredible 414,168 applicants for ballot places to run next year’s race – a new world record, and an increase of 7.3 per cent on last year? Mass participation sport is everywhere. Even if you’re not doing it yourself, your social media is likely to be full of it. But what’s driving this trend?

Part of it is that natural, human desire to be with other people, says John Tasker, director of Massive, an agency which works with clients including the BBC, Nike and Adidas to harness the power of mass participation.

“Whatever culture, whatever time in history, humans always get together to do the same thing in the same place with a group,” he says. “Running around a park on your own or on a treadmill is a solitary experience. It becomes a different experience when you're taking part in an event.”

This desire to do something with other people has only got stronger as our lives become increasingly digital-focused, says Laura Greene, head of marketing at Virgin Sport. “The live event industry in general is continually seeing an uplift in interests.  People are looking for more experiences that are curated to them, outside of them being at home on their phone. They’re searching for those life experiences more and more.”

But these experiences are also bound up with our lives online. Few of us, these days, will complete a triathlon or a Tough Mudder without sharing a snap on Facebook or Instagram. “We need content to share,” says John, and mass participation sport fits the bill perfectly. It’s highly visual. It allows us to tell an inspirational story: your amazing weight-loss journey, for example, or the story behind your charity fundraising. And it’s almost always positive, showing us in a good light.

“You only ever see the edited highlights of other people’s lives, and you might feel that your life is boring by comparison so people think: I need to find something interesting to post. Taking part in these events gives you that validation. People value that.”

And this sharing has a halo effect: people get inspired by it. Cathryn agrees that social media has played a huge part in the rise of events like Parkrun. “I have lots of friends who have taken up running and cycling in the last few years – people who would have previously described themselves as not being sporty,” she points out. “Seeing their achievements helped me realise I could do the same.” 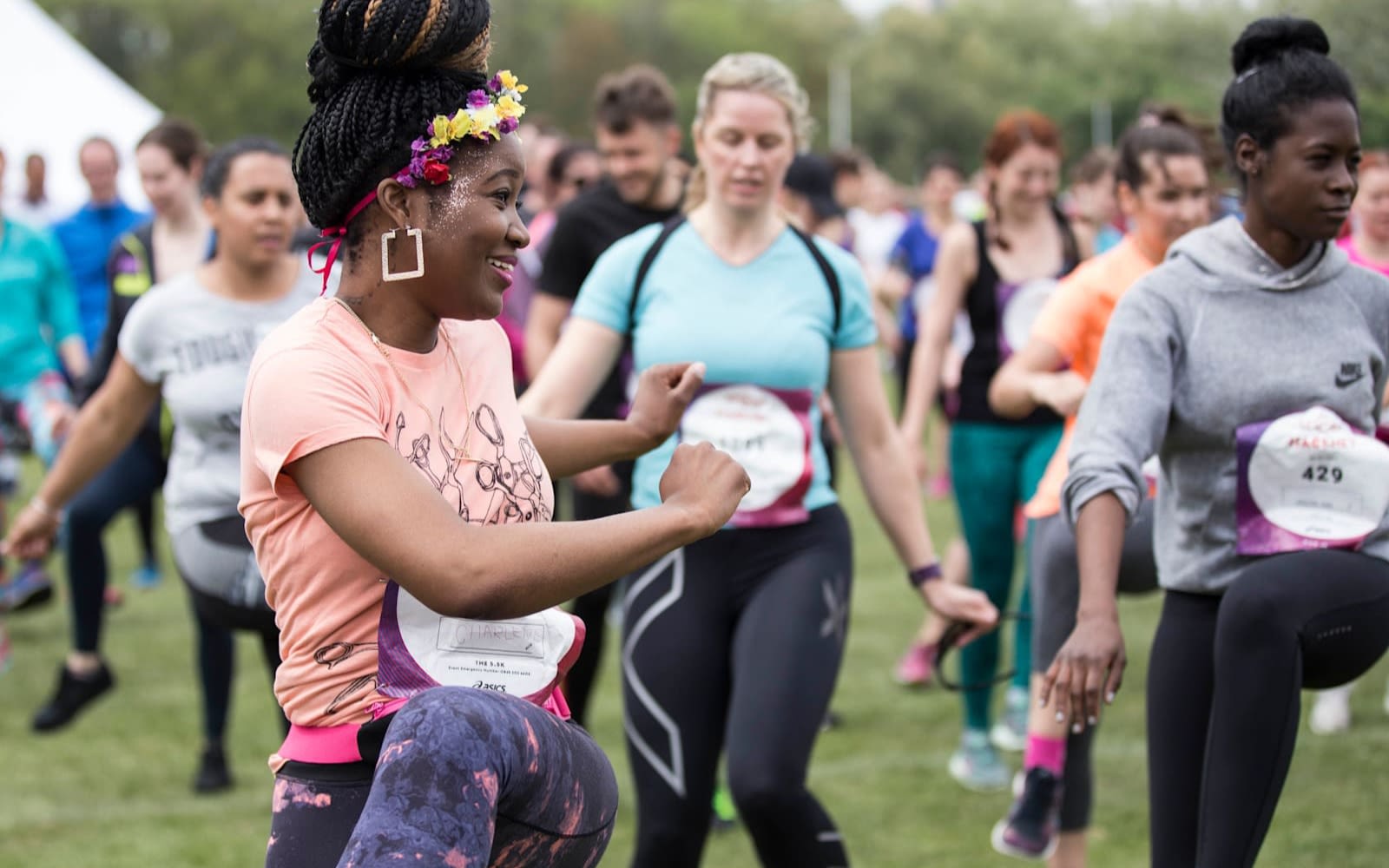 Seeing your mate do a 5k in the park is a much more realistic prospect to those who dreaded cross-country at school than becoming the next Usain Bolt. “Mass participation is just so accessible,” says Jessica Frey, general manager at Virgin Sport. “It's a welcoming environment with all ages, shapes, paces. It feels more attainable than other types of sport. We try to offer something for every ability – both physical ability, and your ability to pay.”

And it’s chiming with another trend: that of personal wellness rather than fitness: confidence rather than competitiveness. “Running helps clear my mind in a similar way to yoga,” says Cathryn. “I have never really been one for competitive team sports and I love that while running makes me competitive to myself in that I want to improve my time and distance, it is not to the detriment of other people’s success. I’m just as proud of my running friends’ achievements as I am my own and I love how supportive the running community is.”

Jessica agrees. “I personally think the mental benefits outweigh the physical. There’s been a lot more focus recently on what physical activity can do for mental well-being. Just being around other people and being surrounded by your community is really uplifting.”

“At Virgin Sport, we mash different kinds of sport together, so that one's not detrimental to the other,” she explains. “At our Hackney Festival of Fitness, we had goalposts for people that want to play football, a rock climbing wall, and a cricket set up. 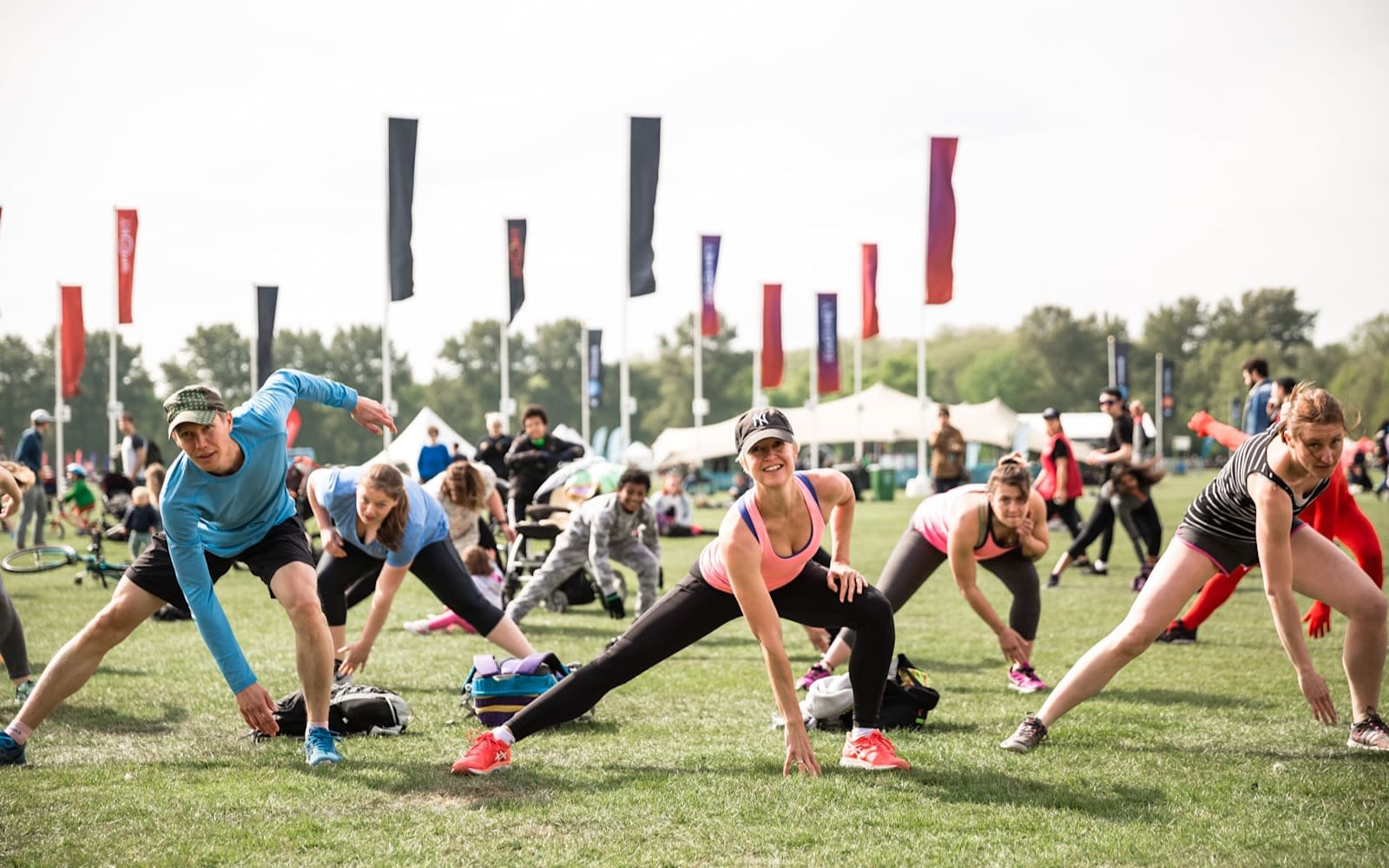 “More and more, we see people dabbling in different kinds of sport. People used to be a runner or a biker for life. Now, there isn’t such a thing as an ‘-er’. People want to do it all: Pilates today, a run tomorrow. It’s funny that it’s called mass participation. We don’t want there to be anything mass about it. We want it to feel very individualistic.”

A Sport England Activity survey shows a drop in cycling, football and swimming over the winter months, but given the terrible weather, that’s hardly surprising. But that same survey shows that activity levels in general are up: 116,400 fewer people are now classed as ‘inactive’. That means those people are now doing more than 30 minutes of physical activity a week.

And they’re experimenting with new sports, as well: 213,400 more people took part in adventure sports, 197,000 more took part in fitness classes – with yoga, Pilates and HIIT classes making some of the biggest gains – and 84,000 more took up combat sports and martial arts.

What does the future hold for this trend? It’s certainly not going anywhere, says John, but if the market isn’t saturated now, it’s getting there. “Iconic and bucket list events and local events will do well,” he says. “But the ones that are stuck in the middle might struggle to differentiate themselves.” 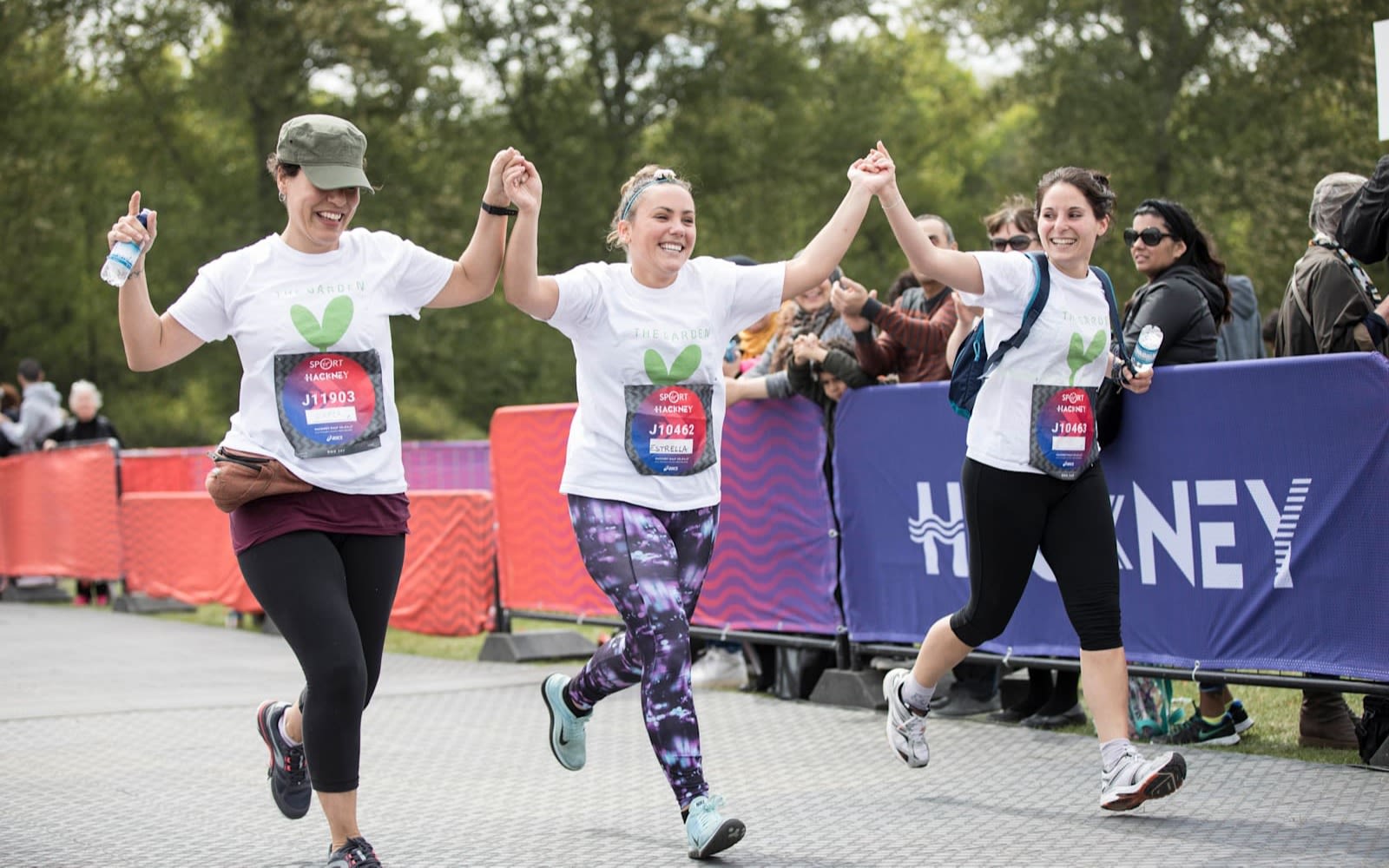 Jessica agrees. “There are gimmicky events that are wonderful and accessible, but you probably only want to do them once in your life. You want something that is multifaceted and always evolving, rather than centred around purely one thing.”

A possible future trend might be a blurring of the line between the digital and the physical, John says: being able to run in a digital version of an existing event, for example. “You could link to other people taking part in an event and running at the same time as you, but in a different location,” he says. “Or it could be something similar to what we’ve seen with the Zwift cycling trainer app, where you can race professionals or other people on a different track.”

One thing’s for certain, however: if it’s Saturday morning, Cathryn will be there on the Parkrun starting line. “I have achieved things I never thought possible,” she says. “I hoped my running would inspire my children and encourage them to work hard to achieve goals they might have once thought unachievable. After the half marathon, my daughter told me I was her hero because I’d made her realise anything was possible. And that meant so much to me.”