The signees of the letter have all had their names and faces used by scammers in online advertising, often thousands of times, luring victims into fraudulent financial schemes or ‘selling’ fake health cures. 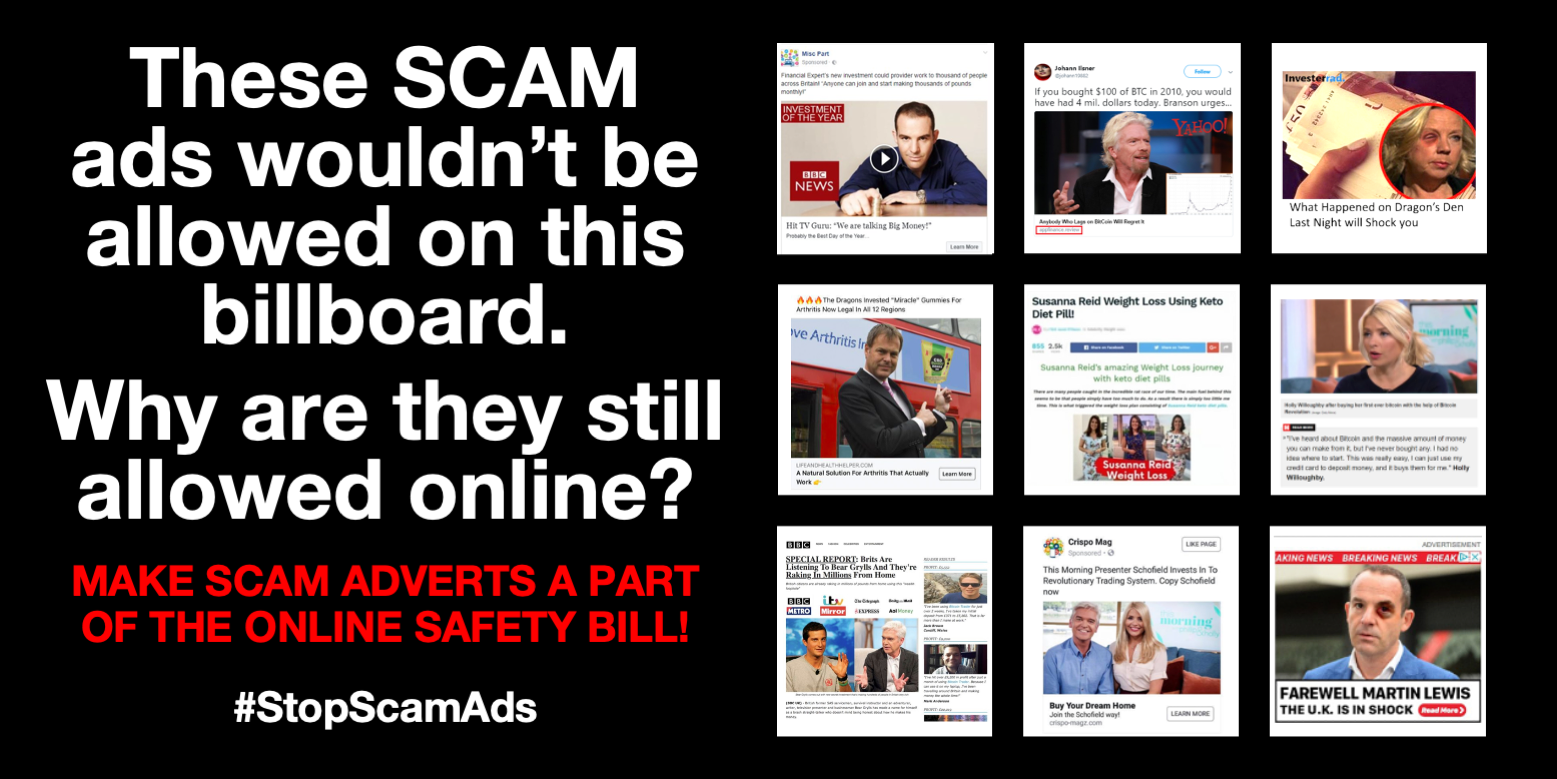 Currently, there are few meaningful powers to prevent scam adverts from appearing online, and regulators are unable to punish the big tech platforms that get paid to publish them. Some victims have lost life-changing amounts of money, even their life savings (sometimes in the hundreds of thousands of pounds) because they trusted the reputations of the people used on the adverts.

Richard Branson said: “We know there has been a sharp rise in scams since the start of the pandemic, and it’s deeply concerning that people may be tricked into parting with their money by someone pretending to be me. This is a global issue, and we are doing all we can to unmask scammers, but we can only do this by working together and ensuring the public are protected from these terrifyingly deceptive tactics. The Online Safety Bill is a positive step forward for the UK, but it’s essential that paid-for scam advertising is included as part of this new legislation.”

Richard Branson: How to spot a scam before it's too late

Lewis, Branson and Meaden are among some of the most-used faces in online fraud, according to Action Fraud and the National Cyber Security Centre. Alongside them, those who have also been used by scammers and who have signed the letter are: Duncan Bannatyne OBE, Rob Brydon MBE, Dawn French, Bear Grylls OBE, Peter Jones CBE, Lorraine Kelly CBE, Davina McCall, Phillip Schofield, Bradley Walsh, Robbie Williams and Holly Willoughby.

To date the Home Secretary and current and former Secretaries of State for Culture have said the UK government wants to tackle online advertising fraud separately to this piece of legislation. This letter is urging the Prime Minister to change this position and finally put paid-for scam advertising in the Bill.

Martin Lewis commented: “Right now, the government’s planned Online Safety Bill isn’t just blindly ignoring the epidemic of scams adverts that the UK faces – it’s actually going to make it worse. By making big tech responsible for user-generated scams but not paid-for scam adverts, it creates an incentive for criminal scammers to switch to advertising. To say it will look at scam ads regulation later, likely years away, when this regulation will make it worse, is simply perverse. We can’t wait. Scams don’t just steal people’s money, they can take their self-respect too, and those with mental health problems are three times more likely to be affected.”