My vision of the future - Dr James Bellini

Image by Virgin.com
by Natalie Clarkson

Future Visions is the series that explores the surreal world of tomorrow through the finest minds of today. First up we have a doctor with some very bold visions on how the next two decades will play out...

Key insights from James’ vision of the future

This is my vision of the workplace in 20 years’ time...

Actually, let’s first begin with a reflection on the pace of change. A helpful approach when thinking about the world 20 years from now is to look back the same spread of time and ask: what was the world of 1997 like and what major trends were to change the business and work environment in the intervening years? 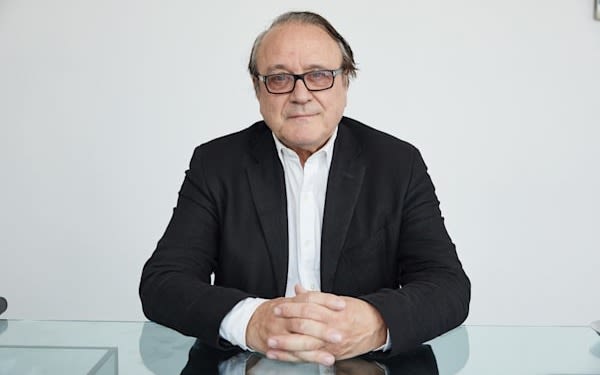 Perhaps the most significant development - one not really foreseen by the futurist community back then - was the emergence of social media during the 2000s. There were one or two fledgling social media entities such as AOL Instant Messenger [launched 1997] and Yahoo Messenger [1999]. But they were primitive prototypes compared to the explosion of far more disruptive social media arrivals after the turn of the millennium.

Myspace, for example, launched in 2003, to be followed by a growing cohort of increasingly sophisticated concepts. But the game-changer was Facebook. Launched in

2004, it has not only grown phenomenally, it has also branched out into new and unforeseen areas of everyday life, including the workplace, in doing so changing the fundamentals of how people communicate. As of today it has over two billion monthly active users worldwide.

In October 2016 - at the very end of our twenty-year retrospective timeframe - Facebook launched Workplace - ‘part social network, part messenger, and part productivity tool for teams’ - offering a platform of collaborative software to embed social media principles into the working practices of the working environment. Hence, over two decades we have witnessed the emergence of a totally new digital phenomenon that is transforming not only how people communicate with each other but how the workplace itself actually functions. The next 20 years will likely see a pace of change on a far greater scale.

The age of creative destruction

The backdrop to assessing the shape of things to come in the workplace is the observation that the next 10 years or 15 will be shaped by what we can call ‘the coming age of disruption’, because of new and maturing technologies, a multi-generational transition and shifting social attitudes and expectations. In short, we will see more disruptive innovation than in the whole of the 20th century. As we look towards 2037 these factors will have a significant impact on our working lives.

This should not be seen as having a negative connotation. To borrow from the influential mid-20th century economist Joseph Schumpeter, we should rather see it in terms of what he called ‘creative destruction’ – a process of innovation and economic renewal.

Some of those ‘disruptive’ technologies are known to us and have already had a considerable impact in every corner of work: the Internet, cloud and mobile devices to name but three. But other innovations will have growing impact over the next ten to 20 years. 3D printing is beginning to change all the rules about making things; 4D printing is on the horizon and will offer limitless possibilities in areas like infrastructure and construction. The ‘new realities’ - virtual, augmented, hybrid - as well as other visual technologies such as holography, will be transformational in their impact on how we communicate, innovate, design and countless other everyday workplace tasks.

In the field of information technology [IT] we can expect great strides towards quantum computing - an essential development if we are to solve a looming future problem. On current trends by around 2037 we will be running out of the capability to power all the computing machines around the world. Quantum computing – which harnesses the behaviour of subatomic particles - will be far more energy efficient. It will also be up to one million times faster than existing old-style computers and will make possible data analysis tasks that currently we can only dream of.

The end of traditional workplace hierarchies

Staying with IT, over the years ahead we will see it increasingly moving ‘to the edge’ of organisations, with major implications for how organisations - and people - actually work. 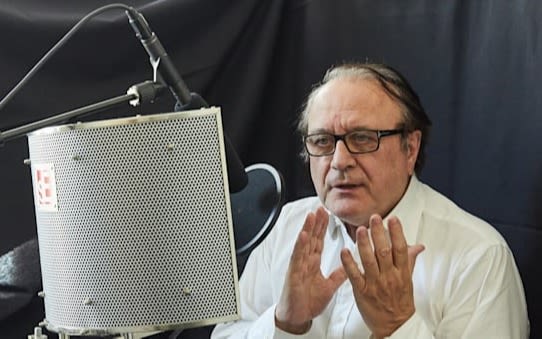 We are in the middle of a radical shift from having computing power at the heart of the organisation, as it was in the days of massive mainframe computers, to seeing it dispersed throughout the enterprise and increasingly beyond its boundaries into external networks of people.

A key driver of this trend is the erosion of centralised computing by the idea of BYOD [Bring Your Own Device], where every employee has access to digital connectivity through hand-held mobile devices plugged into the Internet and other sources of vital work-related information.

The most important consequence of this trend is that the typical company will steadily move away from traditional management hierarchies to networked and extended enterprises – from ‘the pyramid to the pancake’. Many companies tell you that they have already made this transition, but invariably they have not and they stay rooted in the old, out-dated industrial model. Some, however, are making this shift and this will accelerate in the years to 2037.

It’s not just the workplace that will experience radical change. If we convert futurist thinking from the world of today, life could be unrecognisable by then. Ground-based transportation systems could carry us about at speeds of up to 1000 km/hour; flying cars will be commonplace. Electrically-powered passenger planes will carry us across the globe. Food will be grown using vertical and underground farms. Insects will be a regular daily part of the western diet. Robots will be a vital part of domestic life. Smart homes and cities will operate through a vast interactive sensor grid. Miracle new materials like graphene will have revolutionised how the products, appliances and other objects of daily life are designed and made.

In the world of work we will see an immense impact across a very broad matrix of workplace realities but, essentially, the key technology trends outlined above are changing the ‘where’ of how we work by liberating us more and more from the tyranny of geography. Increasingly, in most business sectors, we will be able to work wherever we want to. In this ‘anywhere economy’ the glue that holds everything together as a fluid and functioning dispersed work ecosystem will be hyper-connected digital networks. These will be created by such things as mobile-cloud technologies, an ever-expanding Internet of Things featuring billions of data-gathering sensors and distributive connections and an array of increasing intelligent devices, wearable computers and ultra-high speed transmission networks.

The rise of haptic technology

In parallel with this shift to ‘anywhere’ in the world of work, the Internet itself will have been transformed into what some have called the Tactile Internet, where ‘haptic’ communications (referring to the ability of humans to communicate via touching) will deliver a paradigm shift in how skills and labour can be delivered globally – a kind of remote supply chain where a surgeon, for example, can perform an operation from another place, or an employee can provide a client service from the other side of the world. Whichever

way you look at it, by the 2030s the Internet will be mega-fast, super-intelligent and capable of no end of virtual tasks.

As such, most people will no longer work in fixed-place locations. The nine to five routine will have given way to ‘work-as-you-please’. Work will have become a task you perform, not a place you go to. Sophisticated visual communications systems - think ‘telepresence’ on steroids and holographic virtual meetings - will keep teams in touch. As a result, corporate offices will be much smaller than today, and designed to promote positive attitudes and a collaborative spirit.

Millennials will be giving way to their successor Generation Z [those born after 1995] as the key cohort in management. Gen Z are even more digital and multitasking than their predecessors – happy to work with five screens compared to the Millennials’ two. They are less focused, because of their multitasking demands, but process incoming information much faster. And they are highly entrepreneurial: in a recent survey 72 per cent of teens say they want to start a business one day. 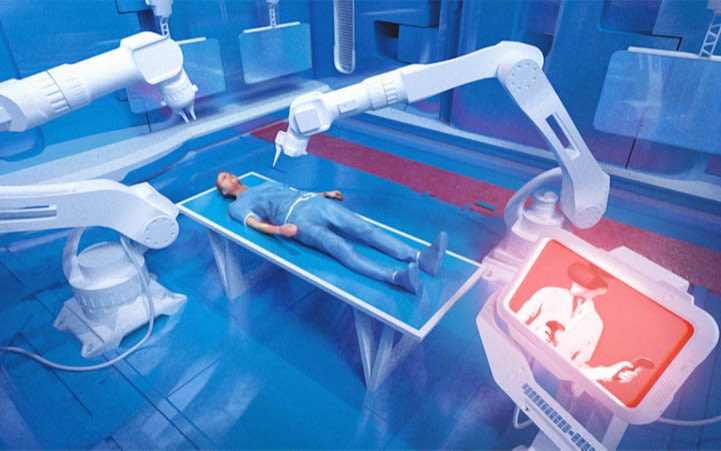 Getting to grips with the ‘anywhere economy’

The ‘future’ is not some distant imaginary world with no relevance to the present day. The

future is unfolding all around us right now and it is essential that we address today the challenges this will bring. For example, we are at the beginning of a major generational shift that will change the nature and make-up of the workplace. By the early 2020s a typical ‘workplace’ (whatever this will mean in tomorrow’s world of work) will embrace five generational categories – traditionalists, boomers, and then generations X, Y and Z. As we move into the 2030s subsequent generations will enter the workforce and older cohorts will drop away. This will pose a considerable task for managers in handling an unparalleled and shifting diversity of attitudes towards work. The time to start preparing is now.

The overarching trend towards the anywhere economy is in its first decade. Most of the technologies creating this new order are in place now and will mature over the first half of the 2020s. Expect an acceleration of this trend from around 2024/5 onwards. This may result in what we could call a digital reformation, where people begin to reject an over-digitalisation of work and daily life – a kind of retro-trend towards more community-based ideals and more human-scale interactions. Organisations certainly need to have this on their future agenda and anticipate the associated frictions.

How to prepare yourself for change…