Molly Dillon: "Yes She Can"

Yes She Can, 10 Stories of Female Hope and Change compiled by Molly Dillon, community curator and manager of programming at Virgin Unite, tells the stories of 10 young women who all worked in the Obama-era White House.

Molly Dillon shares an extract from her chapter...

I had been preparing for this day for months, trying to imagine everything that could go wrong and making contingency plans to prevent disaster. But even with the best-laid plans, something is always going to go wrong. Tonight was no exception.

You can imagine that obtaining security clearance for 200 people to enter the White House can be a logistical nightmare. Everyone has to submit something called a WAVE form to be cleared ahead of time by the Secret Service. WAVEs contain personal information like your name and birthday and social security number, and are submitted for a specific date and time. And here’s the most important detail: guests have exactly one hour before and one hour after that specific time during which they can enter the building.

A Sony executive very calmly and kindly informed me that Jamie Foxx’s flight was delayed.

Finally, after what felt like an eternity but was probably closer to an hour, I got word that Jamie’s plane had landed and he was on his way. I exited the complex to greet him and escort his group directly to the event. Even celebrities have to show their ID to Secret Service – and that was when the agents at the gate informed me... he wasn’t cleared to enter the building. His WAVEs had expired! He had flown all the way to DC, and now he wasn’t allowed to enter the event. This was my fault; I should have remembered that he would need to be recleared.

Before I even had a chance to be furious with myself for not anticipating that this would happen, I sent out a mass email to other junior staffers to see if anyone was at their computer and could resubmit his information. My friend Taylor Lustig came to the rescue by rushing to her desk and sending Jamie’s WAVEs in for the current time. And after a very cold 37-degree (December in DC!) 10-minute wait outside at the gate, we were finally in. At this point, I had apologised profusely, and I will say that Jamie was very cool about it. 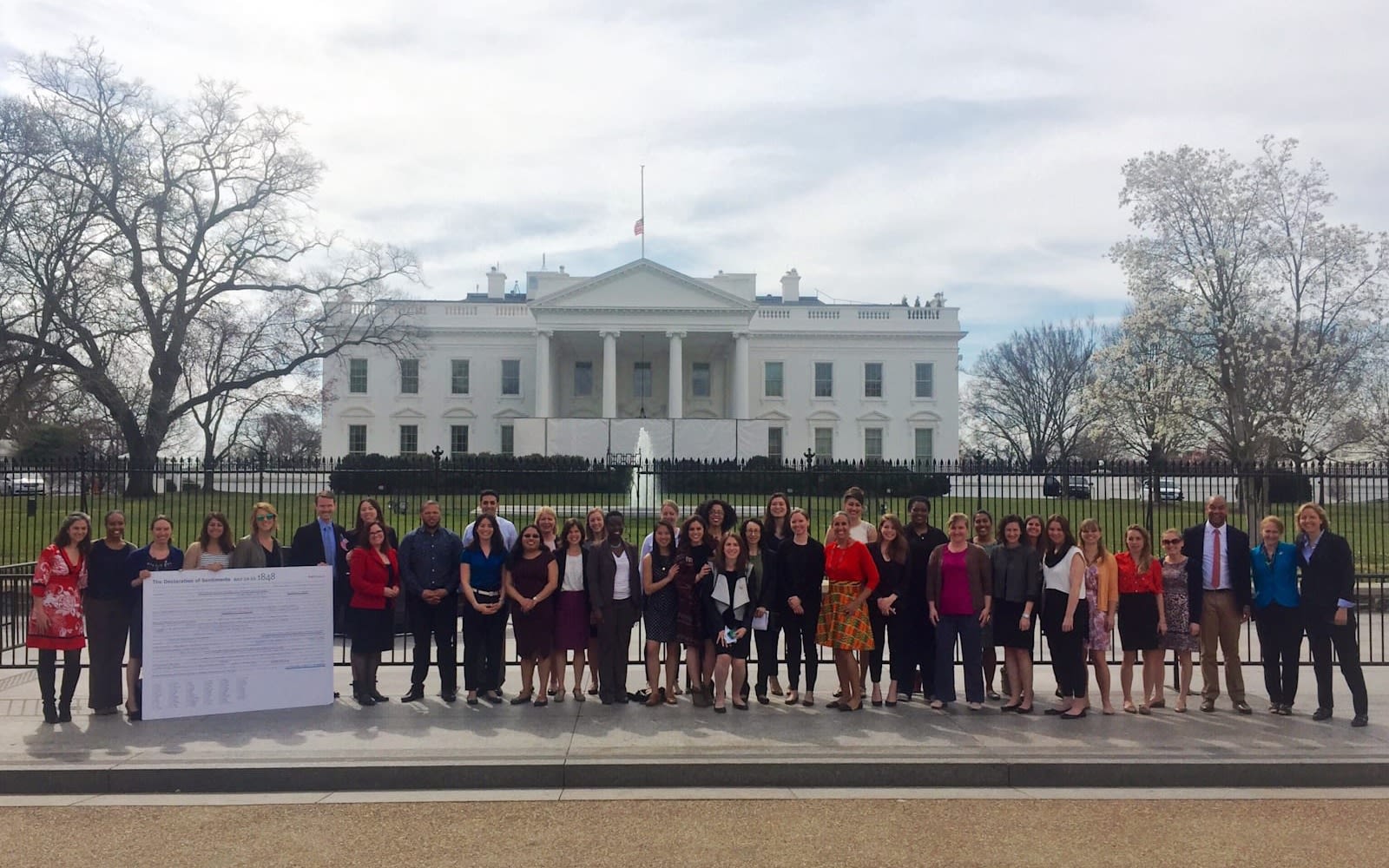 After months of painstaking work, I was upset, and it was a hard feeling to shake. Recognising that we still had the entire night ahead of us, I basically had to quickly but sternly lecture myself: Do not let this snafu get in the way of the event or your ability to enjoy it. You fixed it. You can’t change the past, only how you carry yourself moving forward. Also, let’s make sure never to make this mistake again.

I emailed the Vice President’s staff from my BlackBerry to tell them that we were all here and whenever he was ready, we would begin.

The Sony group and I waited in a small greenroom. After a few minutes, the door opened and in walked Vice President Biden with his daughter Ashley. I had had the privilege of watching him speak in person before and had seen him around the White House, but it was still totally surreal whenever he entered the room. Even the stars were starstruck. He walked right up to Cameron [Diaz] and gave her a big hug; same with Jamie. The Vice President’s photographer snapped a few photos of him with the cast, flanked by American flags, before we headed to our places.

The Vice President was kicking off the speaking program, so our Annie crew filed into the auditorium to take their reserved front-row seats. The second they stepped through the doors, the room exploded in applause. Many of the young people physically jumped up from their chairs, phones at the ready to snap a picture of a real-life movie star. The energy was palpable. The Vice President, meanwhile, had ventured farther backstage to a secure room used whenever he or the President spoke in this auditorium. A Secret Service agent appeared and stood outside the room’s door, staring straight ahead.

I smoothed out my lucky black J. Crew dress and rolled down the sleeves of my light pink Topshop blazer (an outfit I had planned weeks in advance) and asked Secret Service to let me through. I would be introducing the Vice President onstage. This was Roy’s idea. I would never have put myself in that role, but he told me I had done all the work and I’d earned it. I closed the binder I had put together for the event, tucked it under my arm, and took a deep breath before walking through the door to greet the Vice President. 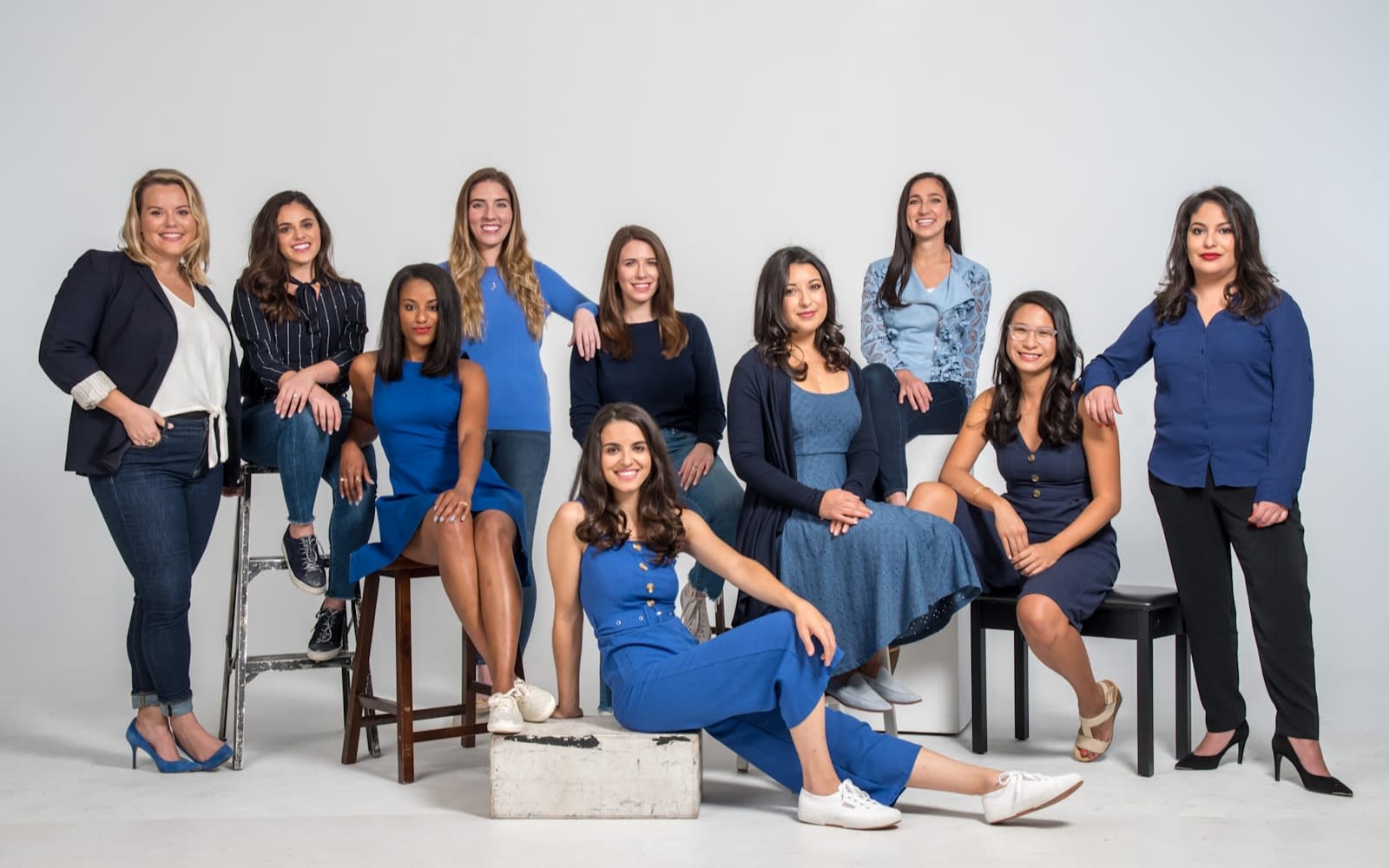 In that tiny cordoned-off area, it was just me, Vice President Biden, and his daughter Ashley. To be honest, I don’t remember exactly what I said to him – I kind of blacked out for a moment because I was so nervous. I think I said something along the lines of, “Thank you so much for being here and speaking to the group.” And he thanked me for including him; he was glad to be there. All three of us were excited to begin.

So there’s a not-so-well-kept secret about the Vice President around the White House. You may schedule him for, let’s say, 10 minutes of remarks. You may brief him that he has 10 minutes for remarks. He may only have 10 minutes’ worth of remarks written by his speechwriters. But it is almost guaranteed that if Vice President Biden is speaking at your event...he’s going to speak longer than planned. That’s just who he is. He’s passionate about his work, especially when it comes to kids. That evening, when he was scheduled for 10 minutes, he stayed onstage for 20, giving what I think (although I may be biased) was one of the best speeches I’ve ever heard him give.

Speaking solemnly of the tragic accident that took the lives of his wife and young daughter, he told the room: "I know from personal experience, as most people in here know, that life can change in an instant. All of it can change. And when life throws challenges your way and when things happen that are unfair, or even unspeakable, things that no kids should have to deal with alone, it’s hard to stay focused on achieving your goals and even having dreams sometimes. It’s hard to believe in yourself. It’s hard to believe in yourself when it feels nobody out there cares. But you look around this room. There’s a lot of adults in here [who] care a lot. And Ashley cares. The President cares." 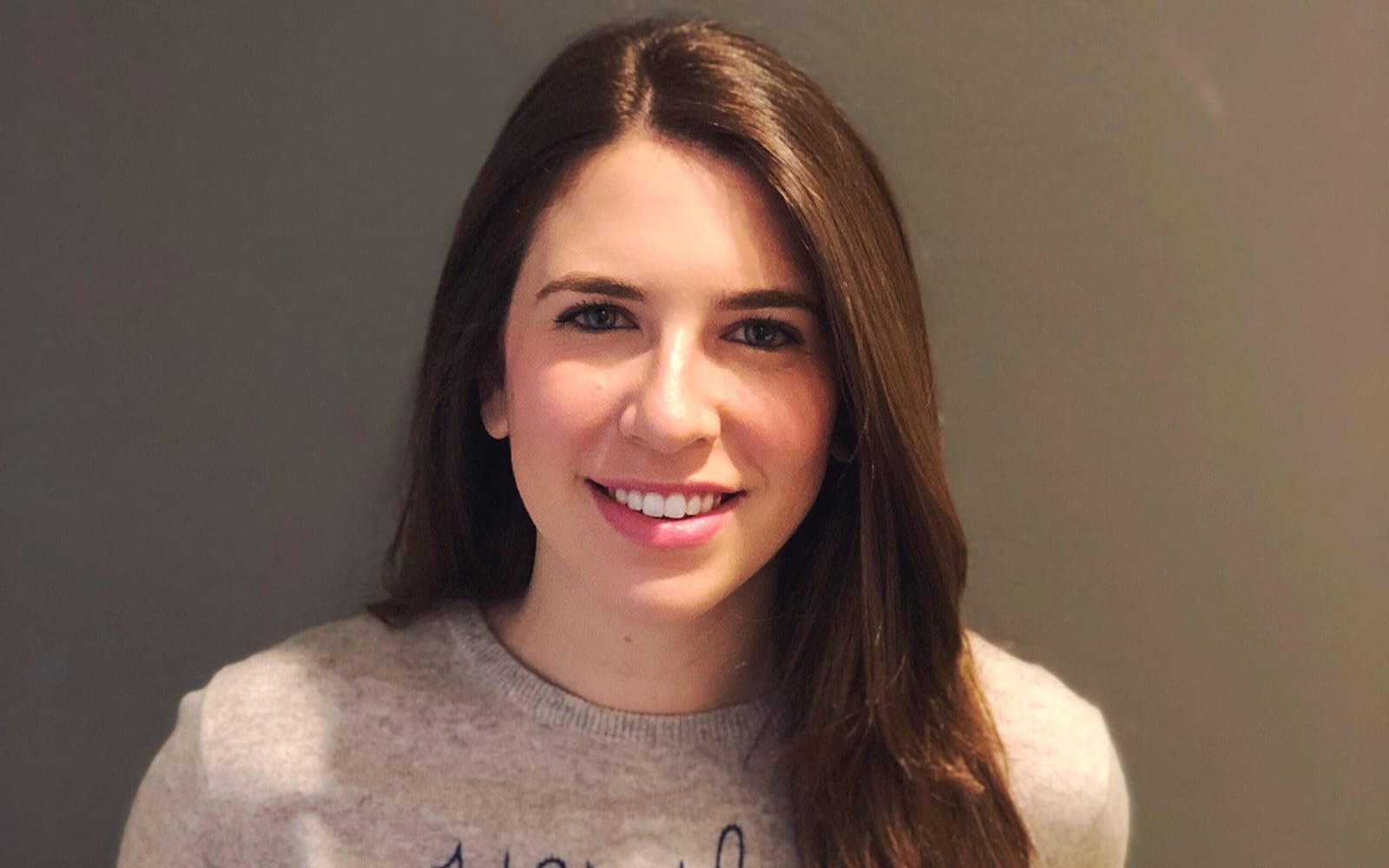 The youngest speaker of the night was John, a 16-year-old high school student in foster care. For every grown-up speaking, I wanted one young person speaking too. My education policy colleague Rafael and I had reached out to Communities in Schools, an organisation bringing kids to the event, to see if they had anyone who they thought would be up to the challenge. They immediately said, “John.” John was introducing Secretary Vilsack, but first he was going to introduce himself. He stepped up to the podium and took a shaky breath. When he began to speak, you could just tell – he was so nervous. Which was fair! Speaking in front of a large crowd at any age, let alone at 16, is nerve-racking.

He began with his name and age and how long he had been in foster care. He was looking down at his notes, not making eye contact with the audience. His shoulders were hunched, his hands hidden in his pockets.

Powering through and hardly looking up, he spoke quietly into the microphone. Then he told the room that before becoming involved with Communities in Schools, he used to skip class and got bad grades. But he was changing that. Now his grades were better. He had perfect attendance. And one day, he was going to college.

Suddenly, we heard a burst of solo applause. Jamie Foxx had leapt out of his chair in the front row, directly in front of John and the podium, clapping loudly. John looked up for the first time, totally confused, and their eyes locked. For a moment, the only people standing in the room were John and Jamie. Then the entire room was applauding, rising from their chairs.

It was like watching a person thaw. John’s shoulders relaxed, he stood up taller, and a huge smile spread across his face, like a light was radiating from within him that had just been flipped on. John had spent a good portion of his life without supportive adults, and now here he was at the White House, sharing an intimate wish about his hopes and dreams with a room full of people.

At that moment, I knew that when I’m old and gray and telling my grandchildren about what it was like to work in the Obama White House, I’ll tell them about the look in John’s eyes when he realised one of the biggest movie stars in the world was standing and clapping for him. Not too long before, John had given up on himself. Now here he was, advocating for himself, telling himself and the world that he mattered. And the world told him back, “Yes. You do.”

Yes She Can: 10 Stories of Hope & Change From Young Female Staffers of the Obama White House, an essay anthology, is out now.