The men's grooming brand that really cares about your mental health

Image from KINGS
by Natalie Clarkson

Each week, a staggering 84 men take their own lives in the UK. Inspired by his own experiences with mental health, Blué O'Connor founded KINGS, a men's grooming brand, to help change that statistic.

KINGS is an ethical grooming brand, which makes vegan, cruelty-free products for men. A percentage of the profits funds the social enterprise, Talk Club, encouraging men to talk about their mental health.

Before launching his own business, O’Connor was an aerospace engineer for nearly 10 years. He’d climbed the corporate ladder and experienced success. “But I always felt like it wasn’t for me,” he says. “After doing it for 10 years it had a really negative impact on my mental health.

“I experienced a really negative period of mental health, which led to my first ever panic attack. I had a complete sense of isolation, confusion and fear.”

Spurred on by his partner, O’Connor quit his job and they went travelling for two years. O’Connor took this time to learn more about mental health and psychology and gained a deeper understanding of what he was feeling.

Upon returning to the UK, O’Connor had made some lifestyle changes, including becoming vegan for a period. He found it difficult to find grooming products that were suitable for a vegan lifestyle, with many of the big brands unable to guarantee that they were cruelty free. So he decided to launch his own and KINGS was born.

“I crowdfunded to launch last summer,” he says. “That was successful and then we began retailing online and through independent retailers.” 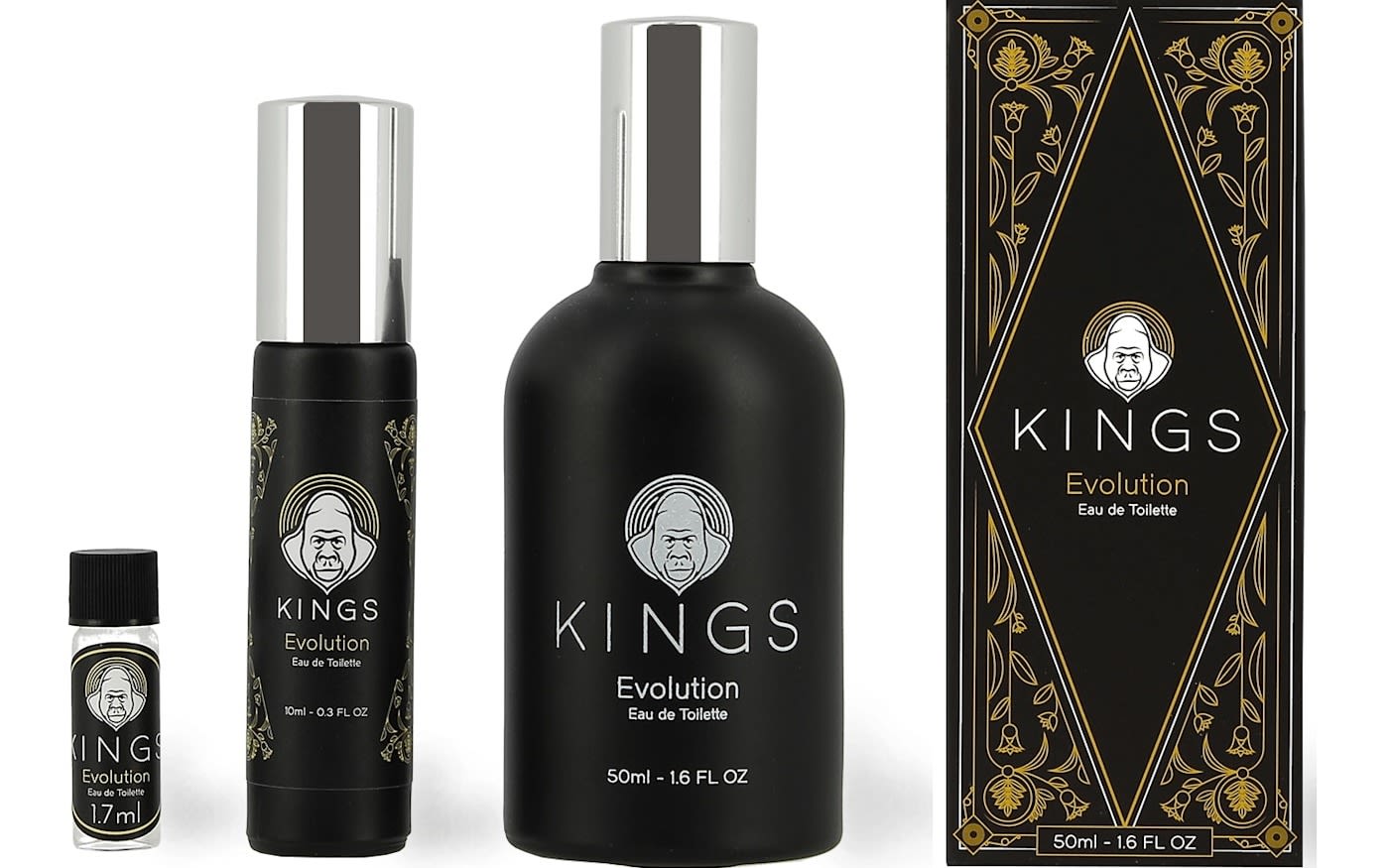 Now, O’Connor is looking to grow the brand. “The crowdfunding was about testing the market. Although our products were something I wanted, I wasn’t sure if it was something that other men wanted too,” he explains. “If 500 people decided to buy a bottle of our fragrance then I knew it wasn’t just me who wanted it, it was more about that than raising finance.”

With the test case proved, O’Connor has now received a loan from Virgin StartUp to help boost his business.

While growing the business is important, O’Connor’s real passion lies in Talk Club, the social enterprise funded by the profits from KINGS. “I feel compelled to help people that are in the same position that I was,” he says. “I think business is a great tool to do that. It just saddens me that there are people out there that aren’t getting everything that they should from life.” 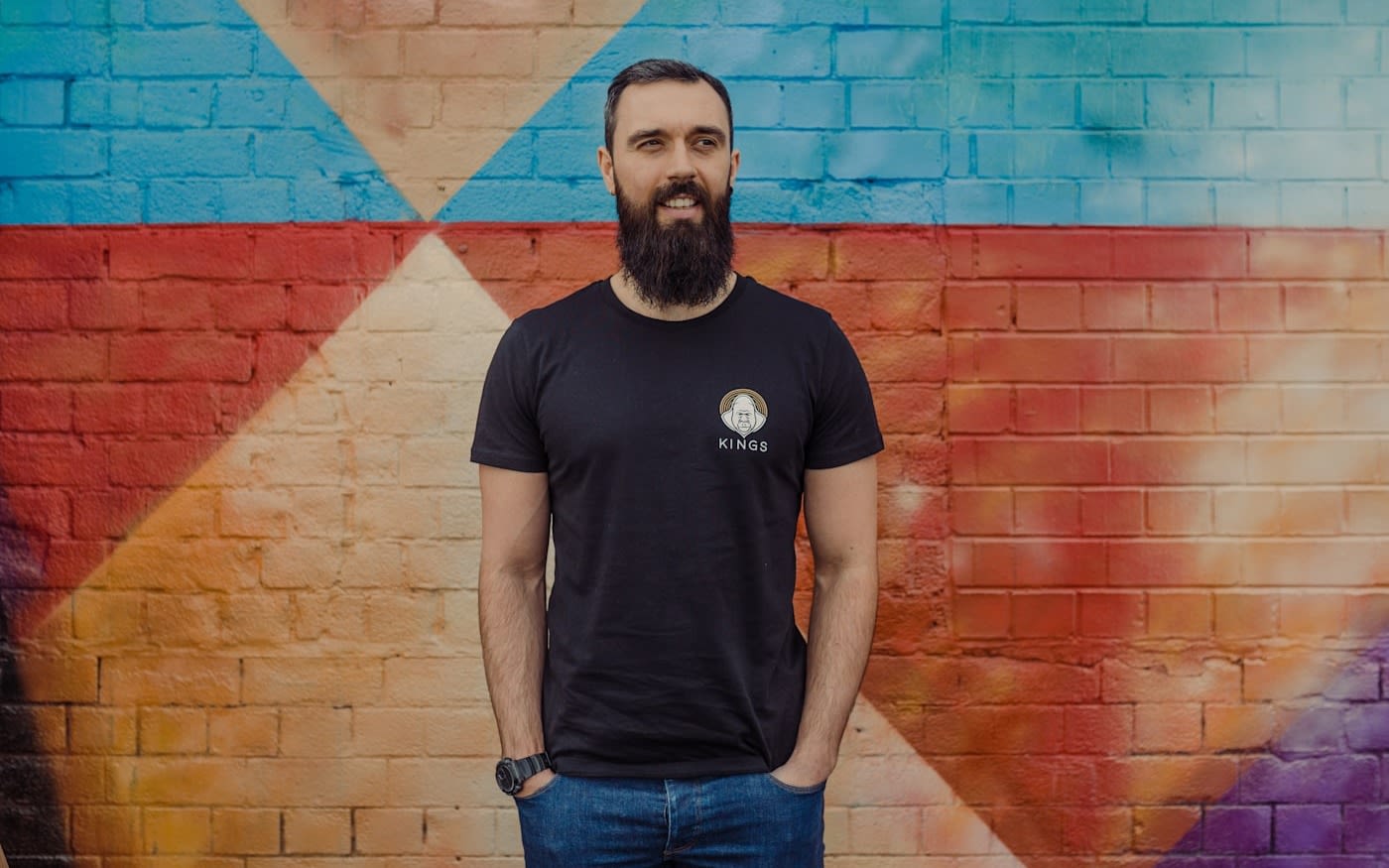 Currently there are 12 Talk Clubs in the UK, with two more in Australia. They provide an opportunity for men to meet and talk about their mental health. “We start with the question ‘How are you feeling out of 10?’” O’Connor explains. “It’s a really good opener to put a number on their mental health because men don’t have to get overly emotional. They don’t need to know the language of mental health, we can just start with a number and see where go from there.”

The clubs are set up by individuals in their own communities, with support from Talk Club. It’s recommended that they meet face to face at least once every two weeks, although most meet every week. “In Bristol, where I’m from, we’ve got a back room in a brewery that we can use for free where we meet every week,” O’Connor says. “Sometimes we’ve got three people, sometimes we’ve got 15. You don’t have to come every week, but we’re there whenever people need us.”

Talk Club has also set up Facebook groups for each of their clubs, as well as a global group that now has more than 800 members. These groups give men the opportunity to talk to others who understand how they might be feeling and can offer support whenever they need it.

Visit KINGS to find out more about the products and Talk Club.

If you’ve got a brilliant business idea that you’re looking to make a reality, visit Virgin StartUp for support, advice and funding.