Jane Evans: The return of the invisible women

Jane Evans, founder of Uninvisibility, a project that aims to raise the profile of women over the age of 50, speaks about what inspires her to keep pushing for greater visibility.

Being over 50 is the best time in a woman’s life to accelerate her career.

No more periods. No more babies. And no more ‘male gaze’. The benefits of middle age are manifold. But best of all – when you give in to the inevitable physical effects of gravity you get something you never dreamed you’d ever have – gravitas.

In 1982 I was one of the first girls to embark on a career after equal opportunity legislation came in to force.

I was one of a handful of creative girls who got into advertising. We weren’t massively welcome but we had a right to be there. That was when there was no such thing as paid maternity leave, sexual harassment legislation, or political correctness. We were expected to ‘man up’ and play the game.

But we didn’t know the rules.

We couldn’t help each other either. There could only ever be one of ‘us’ in every creative department. We never met. So we all played our own game, and by some miracle a few of us survived. 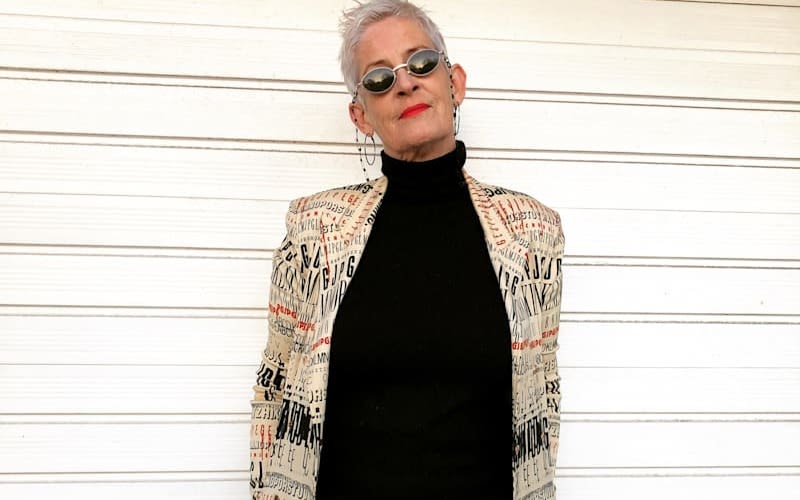 After a glittering 30-something-year creative career I was completely unemployable. I was too experienced, too opinionated and, apparently, totally irrelevant. I was expected to do what ‘the man’ has always wanted me to do.

Since time immemorial, once a woman has raised her children she has no further use to society she is expected to disappear.

But we got the right to work in professions opened up by generations of women who fought greater odds than us. We are the first generation where most of us have earned our own living for most of our lives, we have become the most powerful consumer group on the planet – we buy 47 per cent of everything.

And we’re still in uncharted territory as nobody has mapped out women’s careers post-menopause.

This is criminal. Because millennial women haven’t actually come as far as we fought. Especially when it comes to the vital job of populating the planet . Young women are still making massive life decisions based on fear. Fear of missing out on their career or fear of missing out on having kids. Or the worst – fear of not doing either very well.

These fears come from centuries of career trajectories based on a man’s physiology, life style, and life span.

We’re now going to live well into our nineties and at the moment that’s not looking pretty for women. The stats are still bad. 48 per cent of women don’t have a private pension.

In our day, white men only ever spoke to other white men about things like investments and pensions, and we, women, were never part of the conversation. We didn’t have enough to tuck away anyway. Our generation had never heard of the pay gap so it was enormous and with zero maternity entitlements we had years of reduced or no income.

Today, women have no choice but to carry on working.

So, us battle-hardened, (and many battle-weary) battle axes have to strap on the armour again to break new ground.

We have to show the world that this is the most powerful time in our lives. That raising families gives us leadership, business and time-management skills that can not be surpassed.

We need to start to count raising a family as business experience not a career break. And we need to stop expecting women to be superwomen. You can have it all. But not all at once.

Being over 50 means your ideas are no longer wild guesses, they're based on years of empirical evidence. Your hunches now come from highly tuned instincts. And you’ve hit the canvas so many times there isn’t anything they can throw at you that you can’t handle.

It’s been proven that women over 55 make the best bosses and startups founded by people over 50 are more 2.2 times more likely to succeed than those with founders in their 30’s.

With AI, robotics and machine learning about to radically change the world, we need ideas that will benefit everyone and all voices be heard. Analysts talk about a need for lifelong education to prepare us for a future of multiple careers. There’s a massive talent pool of pioneers with practical experience of building the future ready to retrain and show the way.

But first you have to see us.

That’s what the Uninvisibility Project is all about.