Dogs, zumba and meditation: How to guarantee work-from-home wellbeing

When you're working in an office, it's easy to know when to get up and stretch your legs. There's (often) an enforced lunch-hour, there tends to be some sort of commute, and meetings mean you get face-to-face interaction. Working from home is slightly different.

June 1 marked the start of Employee Wellbeing Month, in conjunction with Virgin Pulse. The purpose of the month is to highlight how workplaces can support employees

This is crucial if you’re in an office, but it’s also relevant if you work from home even for just a day or two a week. However, as the number of freelancers rise – there are about two million people who work for themselves in the UK – it’s vital everyone learns how to take care of their own wellbeing too.

And, in fact, when you work pension-free, sick-pay free, and holiday-pay free, it can be even harder to take good care of yourself when there’s no-one in the ‘office’ to call it a day

So how do freelancers and those who work from home ensure their wellbeing is up to scratch? 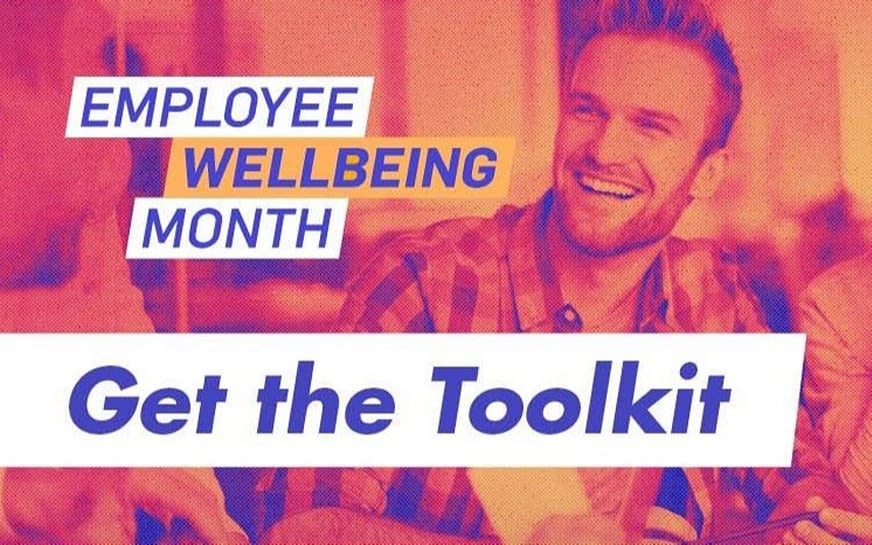 Meet up with other people whenever you can

Humans were not made to be isolated creatures. We were created to talk and brainstorm together. Angharad Salazar Llewellyn, a freelance social media expert, says: “I found going to networking groups and connecting with other/small business owners really helped overcome crippling self doubt and imposter syndrome and gave me a real hit of motivation to keep going and focus on my goals! So much so, I founded The Flex Network to make sure I had regular networking events in the diary filled with other brilliant people.”

Marisa Wikramanayake is based in Melbourne, Australia, and she leans on friends and family to support her when she works from home. “I am a member of several online groups on and off facebook where we keep in touch and chat. I also have personal group chats on Whatsapp so I can keep in touch with my friends and we can vent and rant to each other. Plus, my best friend and I are across the country from each other and we Skype each other, drink and eat and work while we are Skyping.” 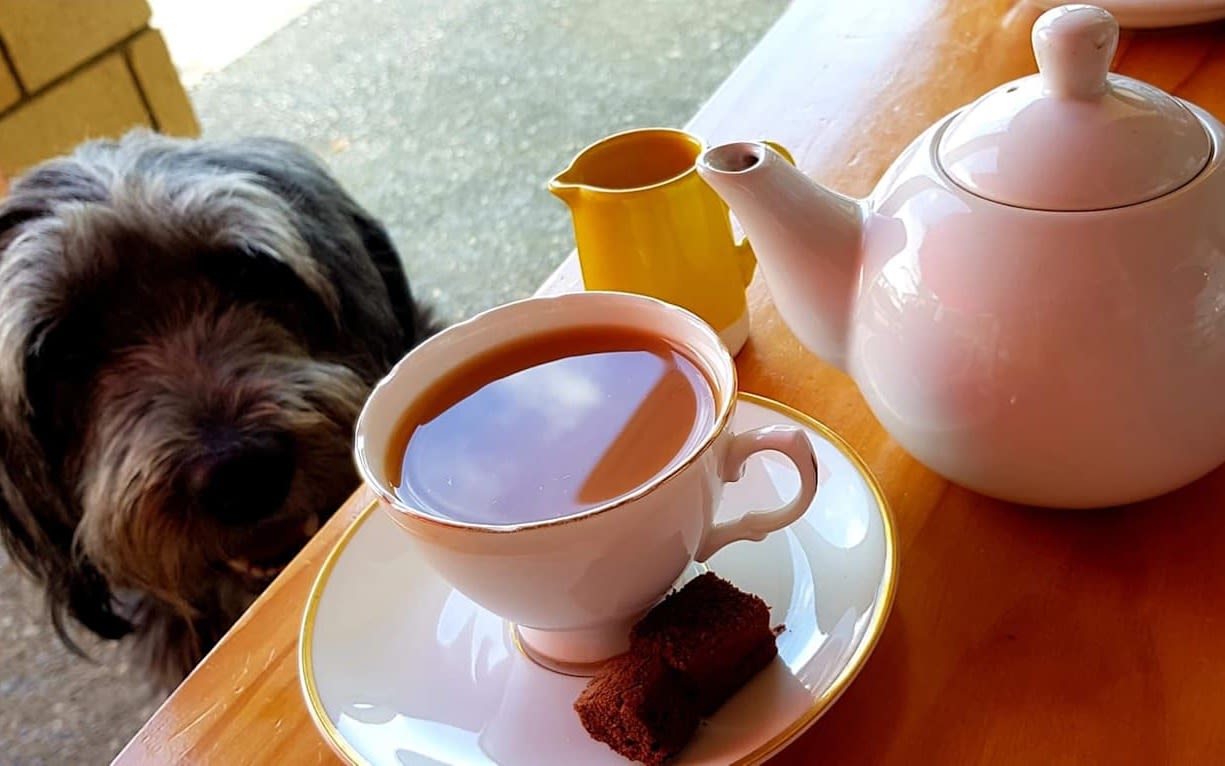 Leave your desk as often as you can

Suzy Bashford Haworth is freelance and lives in the Scottish Highlands. “Whenever my mood is waning or I'm feeling unproductive then I jump into a cold loch. In winter I take a sledgehammer to the ice.”  She adds that it works wonders. “That’s without a wetsuit, mind you - hardy Highlanders don’t wear them.”

Jai Breitnauer, a journalist who lives in New Zealand, also gets out and about as much as her busy schedule allows. “I live by the beach and take advantage of coastal walks. We have an open fire as our own source of heating so a good wood chopping session gets the endorphins flowing. Social media is a lifesaver - there are quite a lot of freelancers where I live so we often chat on social platforms about the weather, what we ate for lunch, and also the mad things that happen in truly rural environments like escaped cows trashing your garden or blocking the road.”

And sometimes it’s just about having a really good meal. Freelance journalist Adelia Hallet goes out for lunch with her husband, a journalist who also works from home, on a Friday. She said: “We talk about the stuff we're too busy to talk about on the other days. Usually the dog comes.” 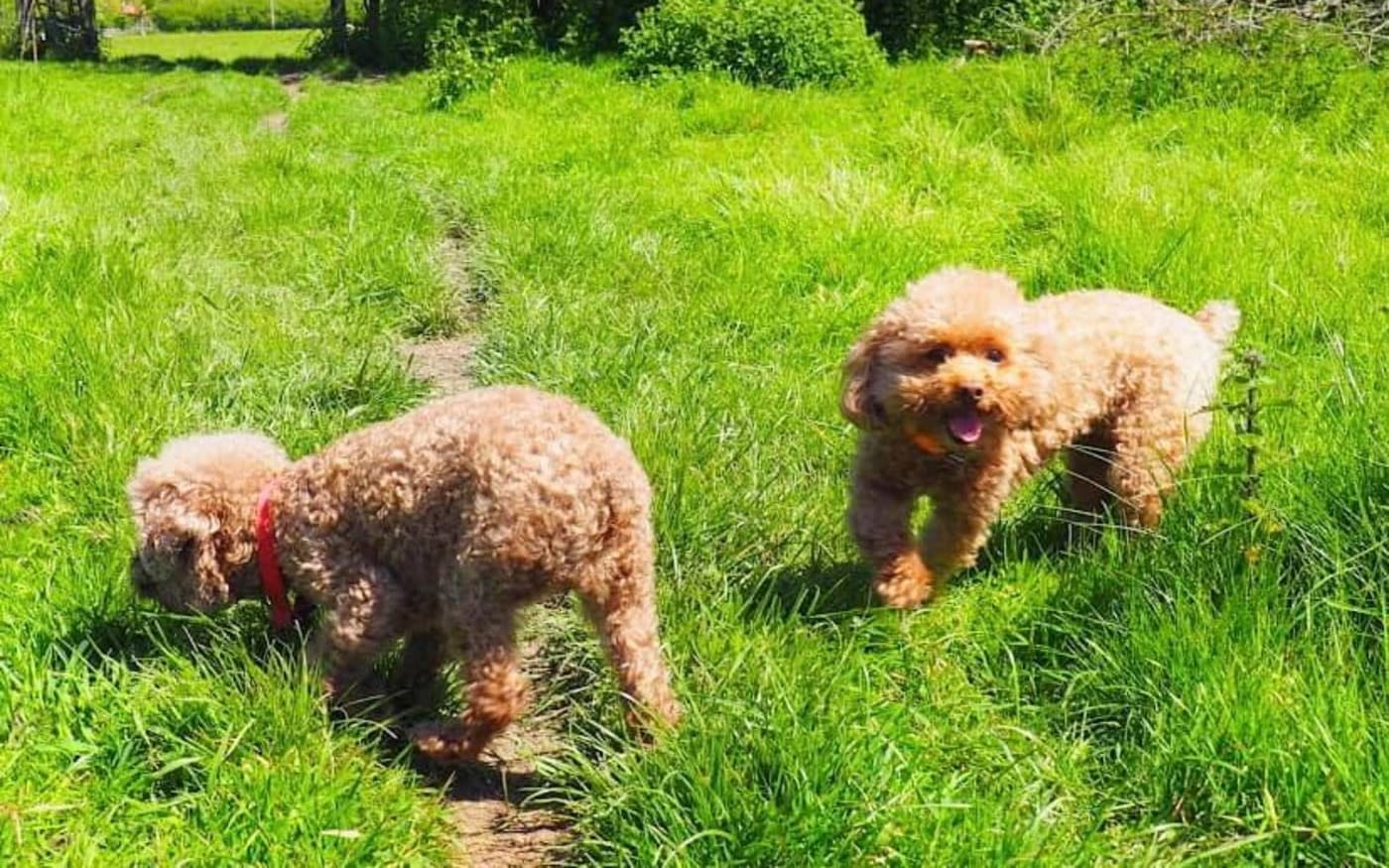 Dogs boost wellbeing and productivity in the office, so it makes sense that they’re a lifeline for homeworkers too.

“I used to spend days on end on my own if I was on a tight book deadline. Getting these two changed everything because I have to take them out every morning or they circle me like sharks. By the time I get back after a long walk and a nice coffee and I've said hello to several other dogs (and people) I'm good to go (thankfully Jeremy is very relaxed about being trodden on by his sister),” says freelance writer Jordan Paramour.

Jenna Farmer, a freelance journalist agrees. She takes her dogs out for walks to improve her freelance wellbeing. She says:  ‘We’re lucky enough to live in countryside so getting out to the fields helps.” 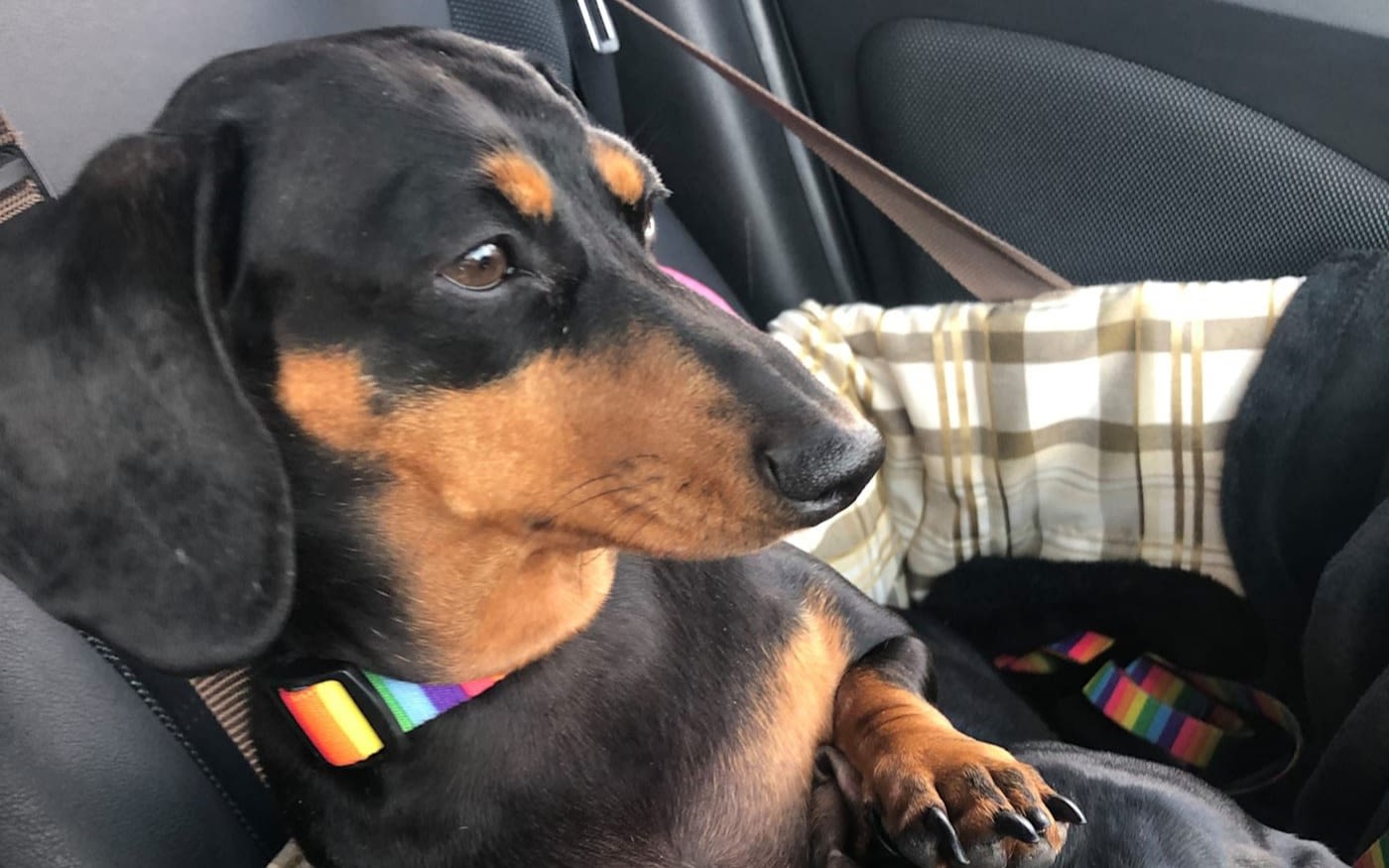 “It's definitely all about the animals for me, especially walking my dog Tara and playing with my cats who luckily are very obliging and often forcibly extract cuddles from me,” says freelancer Sharon Grey.

Take some time out

The world is big, and unless you’re freelancing as a head of state, we don’t tend to play a massive part in it however busy we are. Taking time out and considering your place in the world as a freelancer is extremely helpful when it comes to managing your workload. Jai Braitnaeur says: “I take at least thirty minutes every afternoon to either meditate, practice a mindfulness exercise or have a cheeky nap.”

Jane Alexander also swears by meditation. “Meditation is my lifesaver. It puts everything in perspective. I sit and ask myself who I am without my story - and there's always a story - about not being good enough, not being successful enough, productive enough.” She says that some days are going to be difficult no matter what. “Then, I battle every bone in my body that says stay shackled to the desktop and, instead, just curl up with a book or go out for a coffee or an afternoon film.”

Adellia Hallet also boosts her well-being by taking time out in the day for a cup tea in one of her best cups and curling up with a book.”It just feels so decadent and stolen, like playing hooky from school and makes me appreciate just how good working from home is.” 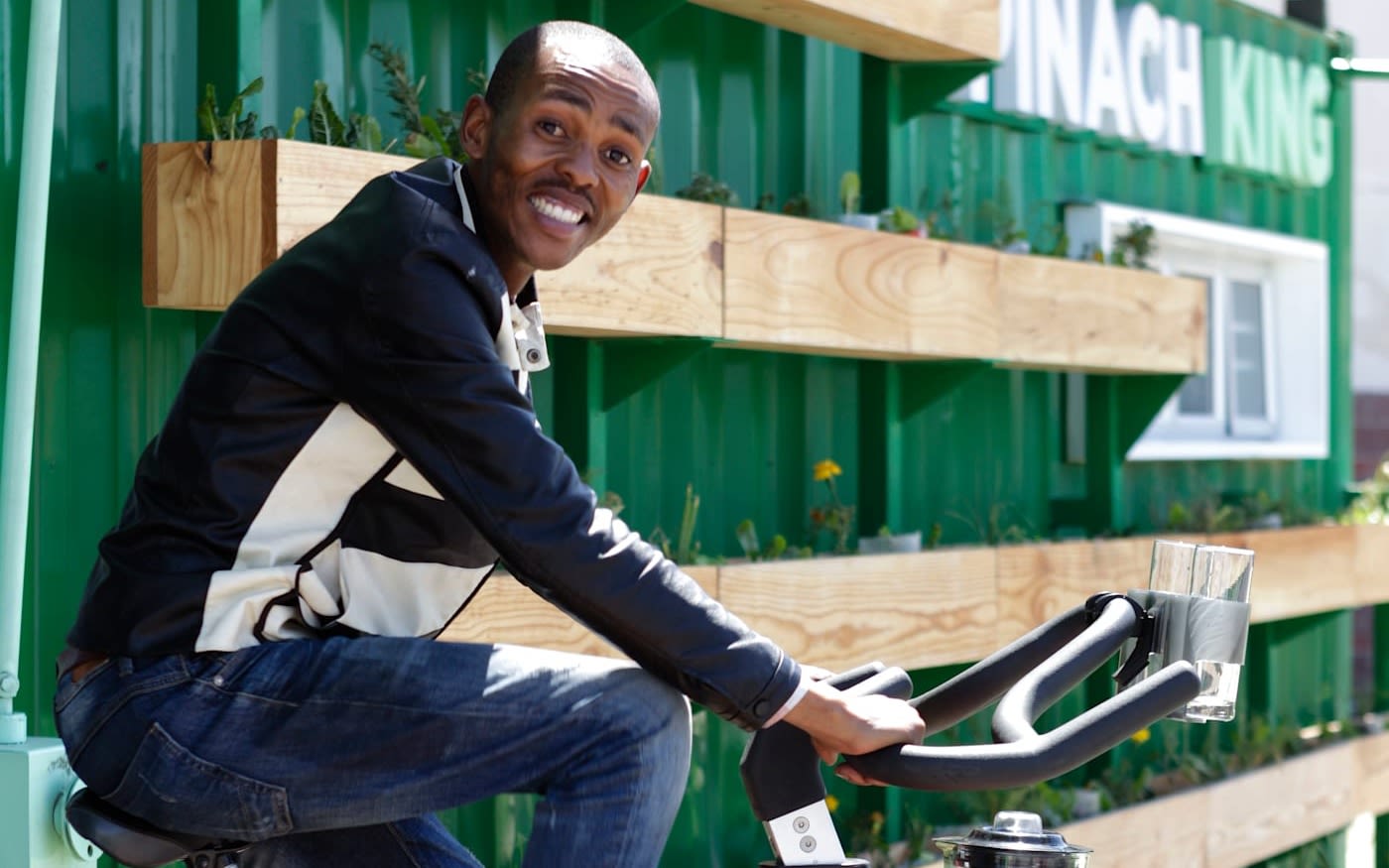 Just because you don’t have to cram your fitness regime into a sweaty hour before the office, it doesn’t mean you should turn your back on the gym altogether. Gymming boosts endorphins and can help you to refocus your mind. Journalist Lynne Wallis says: “I swim in the sea. Which I can see from my home. Freelancing meant I could leave London so I picked a place that would compliment freelance life.”

For Sarah Drabble it’s all about Zumba. She said: “It gives structure to my week, gets me out of the house and the music and the people are great.” Rae Radford swears by spin. It's spin classes all the way for me, I've met some great people and weirdly love being 'shouted at'.”

Share your Employee Wellbeing Month stories and tips across social, using the hashtag #mewellbeingmonth in conjunction with Virgin Pulse