The case for employing ex-offenders

Illustration by Llanakila for Virgin.com
by Tom Idle

Hundreds of UK businesses are directly employing people that come out of prison. And with government incentives on the table to take on more ex-offenders, the appetite for companies to break with traditional recruitment practices appears to be strong.

The figures speak for themselves. Just 17 per cent of ex-offenders manage to land a job within a year of their release. But those that do get a job on release are less likely to reoffend. And when reoffending costs the UK economy some £15 billion a year, that’s good news for all of us. 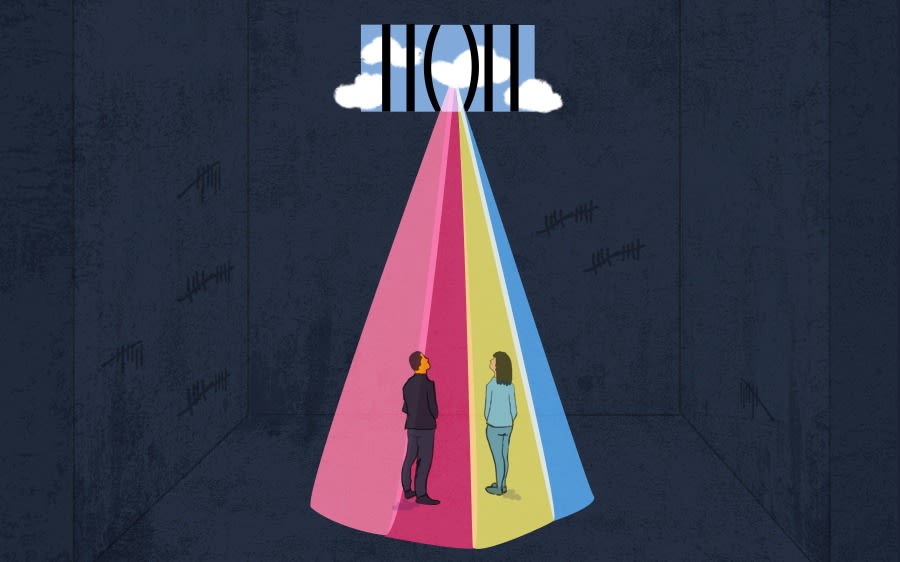 Illustration by Llanakila for Virgin.com

But it’s not just about the numbers. For companies looking to create positive social impact and give back to the communities in which they operate, it can really help to build brand reputation and access a talent pool that others do not currently fish in. According to government figures, the large majority of businesses that do employ ex-offenders say it has enhanced their reputation, often helping them to secure new contracts.

Alongside the data about re-offending, there is a wealth of anecdotal evidence to suggest that former inmates are also keen to turn their lives around, producing great work for companies in the process and staying more loyal to their employers.

As part of its inclusion strategy, the waste and resources business Veolia continues to hire from marginalised groups, including ex-offenders, NEETs (not in education, employment or training), and former military. In 2017, 35 per cent of new operatives were from this group. The business works in partnership with Blue Sky to deliver training and qualifications in environmental waste management to offenders on their journey to rehab while they are still in prison. On release, they then have a chance to work on one of the Veolia contracts. This is especially important in telling a corporate story to local residents – that its recruitment strategy is reducing re-offending, which is in turn having a positive impact on crime in local communities.

COOK, the frozen food business based in Kent, is another that appears to be reaping the benefits of employing ex-offenders in its kitchens and offices. The company made this year’s Sunday Times Best Companies list (coming in at 38) not least because of its progressive recruitment processes. “We want to move beyond the 20th century idea of people as resources, to be used by the company in the pursuit of profit,” says Rosie Brown, the company’s mangling director. She also believes in the power of why: “that to be truly fulfilled in our working lives we all need to feel that the work we do makes a positive difference to the world.” Working alongside ex-offenders is part of COOK’s business-beyond-mere-profit approach to success, and today two per cent of the business’ workforce is made up of people coming out of prison.

High street shoe repair business, Timpson is another champion of giving ex-offenders a fresh start; 300 make up the 3,000 strong workforce. Gregg’s, Keltbray and Virgin Trains are other large employers extolling the virtues of loyal and reliable ex-offender employees.

That is not to say that employing former prisoners is all plain sailing, and as with any type of recruitment, it demands a level of risk assessment.

According to Godfrey Owen, head of the charity Brathay, “the change in mindset of business leaders and managers” remains the biggest hurdle”. He points to the unhelpful generalisation of the term ‘offender’ and the fact most people don’t understand criminality offences. There is a big difference between theft, burglary, and dangerous driving, for example. “If recruiters want the best people in their organisation they need to look at the person, not the offence in isolation, and risk assess,” he says.

Business in the Community (BITC) says that the first step to reducing reoffending through employment is to ban the box – the ‘Yes/No’ tick-box question that is commonly included on job applications to find out if somebody has a criminal conviction. By doing so, businesses everywhere will benefit hugely, says the organisation. It points to the printer company Ricoh UK, which estimates each person recruited directly through banning the box, as well as their work in prisons, saves the company £390.10.

“Whatever the actual risks, what will people think; ‘people’ are customers and the media. 30 per cent of men have a criminal conviction by the time they are 30 years old, maybe we are all need to think about employing some of the undoubted talent in that group,” adds Owen.