An electric weekend in London for Envision Virgin Racing

Formula E returned to London in style this weekend. The ExCeL exhibition centre was the scene of two races in the all-electric racing series and Envision Virgin Racing had another eventful E-Prix.

For the first time ever, teams raced both inside and outside during the race. This gave drivers a new challenge to contend with, racing across both wet and dry tracks throughout the lap. 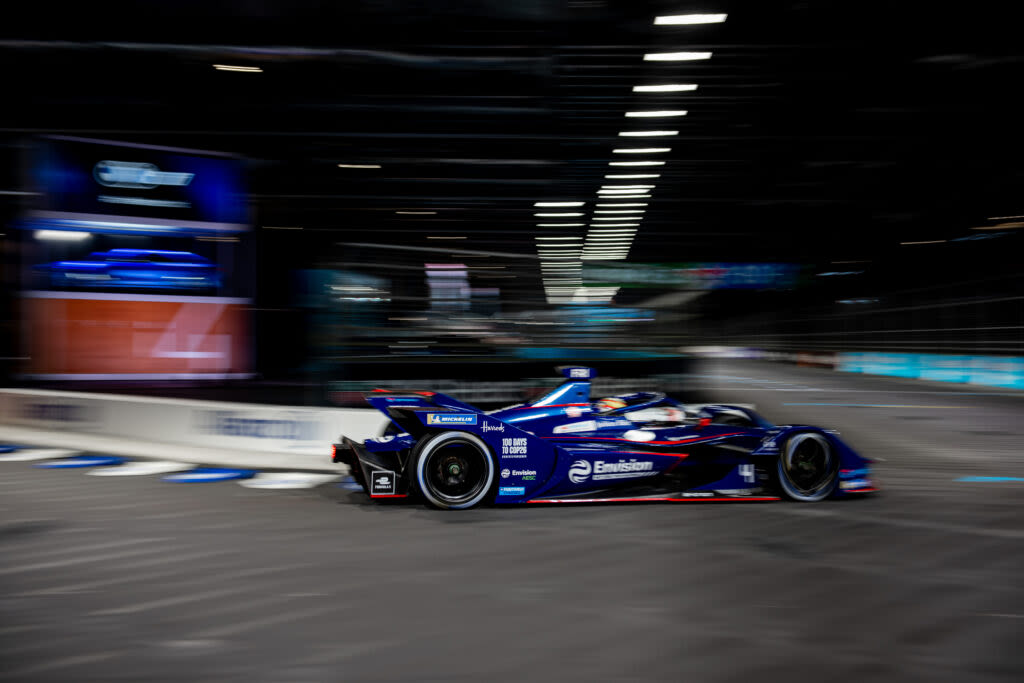 During Saturday’s race, both Envision Virgin Racing drivers did well to avoid an early collision that damaged several cars and forced other drivers to retire. Unfortunately, despite battling hard, neither Robin Frijns nor Nick Cassidy could secure points for Envision Virgin Racing in the first race of the weekend.

However, Sunday was a new day and Frijns pulled off one of the overtakes of the championship so far to claim fourth place.

“It was a pretty hectic race, in turn one I clipped the inside kerb and damaged my front wing and was scared it might’ve broken off,” admitted Frijns after the race. “After that, it was quite solid, I had a big fight with Pascal Wehrlein and kept moving forwards. In the end, I just couldn’t quite manage to overtake Mitch Evans but I am definitely happy with fourth place.”

Cassidy had an equally strong race, moving up from starting in 18th position to cross the finish line in seventh. After the race, he said: “Mixed feelings about today, I feel like it’s one that got away from me, but I went from 18th to seventh in the race which confirmed the pace that we had in practice and proved that we should have been starting further up the grid. Important that we got good points for the team, and Robin scored as well which is great, so overall a good day for the team.” 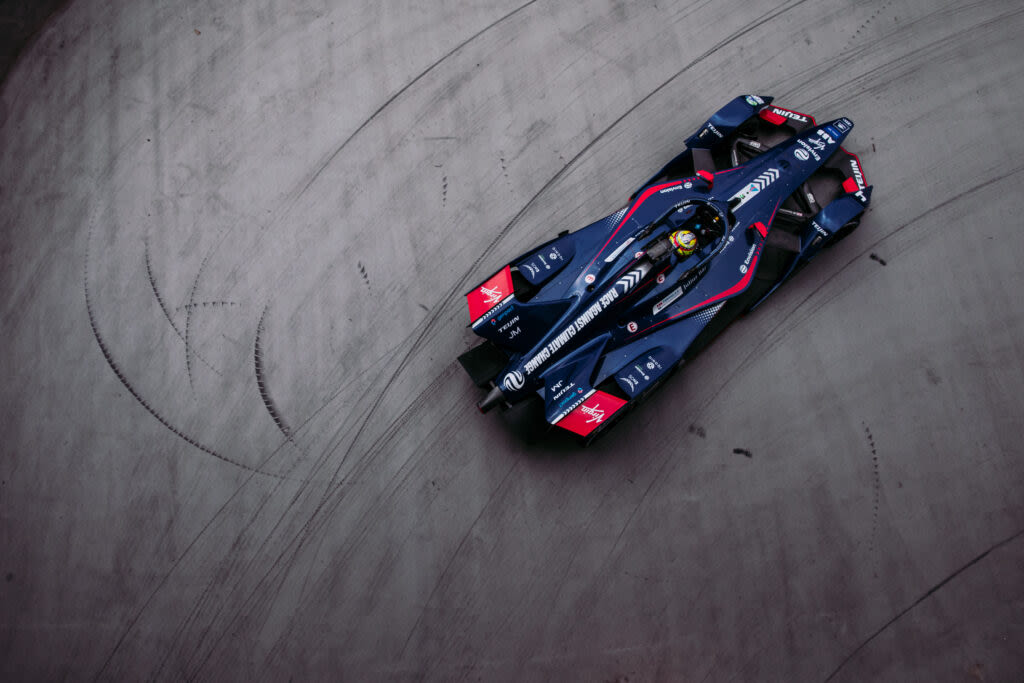 There’s plenty for the team to smile about after this weekend. With just two races left in the championship, Envision Virgin Racing are in first place in the team standings – seven points clear of its nearest rivals. Frijns is second in the drivers’ standings, just six points behind Nyck de Vries in first place, and Cassidy is in seventh place.

Team managing director Sylvain Filippi said: ​​“I don’t even know where to start. It was a race full of action and we showed really tremendous race pace with both drivers making great progress through the field, and Robin taking fourth place is a great result considering he had to qualify in group one.

“Nick did an incredible job to climb through the field to seventh, so overall, fantastic drives from both of our guys. We got a little bit unlucky with the Attack Mode and safety car periods, but I am really happy and we are taking the championship down to the wire in Berlin which is very exciting for the fans and the sport in general.”

Partner like a pro: Five golden rules of teamwork

Formula E returns to the UK