The most important thing about a business is its people. You don’t have to be the fastest runner in the relay team or the best speaker on the debate panel, as long as you surround yourself with great people and contribute in your own way. It’s no secret that I wasn’t the most academic student. Dyslexia held me back from focusing on school work and achieving good grades. However, I learned that if I flanked myself with people that complemented my weaknesses and shared my passions, I could work with them towards greater achievements.

Over the past 50 years in business, I have used this as my model for collaboration – simply put: I just choose great people and shine in their shadows. In the very early days at Virgin Records, I entrusted my fresh-out-of-university cousin, Simon Draper, to take the lead on buying music for the company. While I had always appreciated music, Simon lived for it. He didn’t just casually enjoy an album, he understood it. Simon’s taste in music became the single most critical element of the Virgin ethos. Our record shops were not just stores, but arbiters of taste. Simon’s keen ear for talent, shown by his appreciation for Mike Oldfield, eventually led us to create Virgin Music – without which we could have never started or propelled Virgin Atlantic. While the Virgin Group has always been my vision, a number of people have significantly influenced the journey along the way. There are far too many to name-check, however over the course of my career I have worked hand-in-hand with many inspired minds to bring innovative ideas to life.

And I’m not alone… Many of the world’s most successful people do the same. Steve Jobs had Steve Wozniak. Microsoft was the joint effort of Bill Gates and Paul Allen. Larry Page and Sergey Brin worked together to develop Google. Every leader has a team. 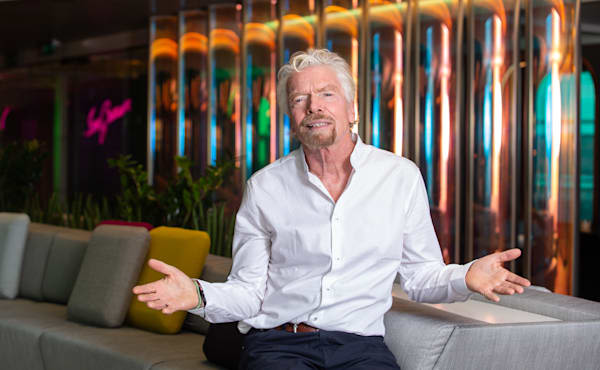 There’s so much to be gained from working with a collective of people who support each other to achieve great things. Their actions and behaviours resonate with us and subconsciously influence our everyday choices. It’s therefore incredibly important to surround yourself with people who complement you, aid your self-development, and most importantly allow you to shine – even if it’s in their shadow.